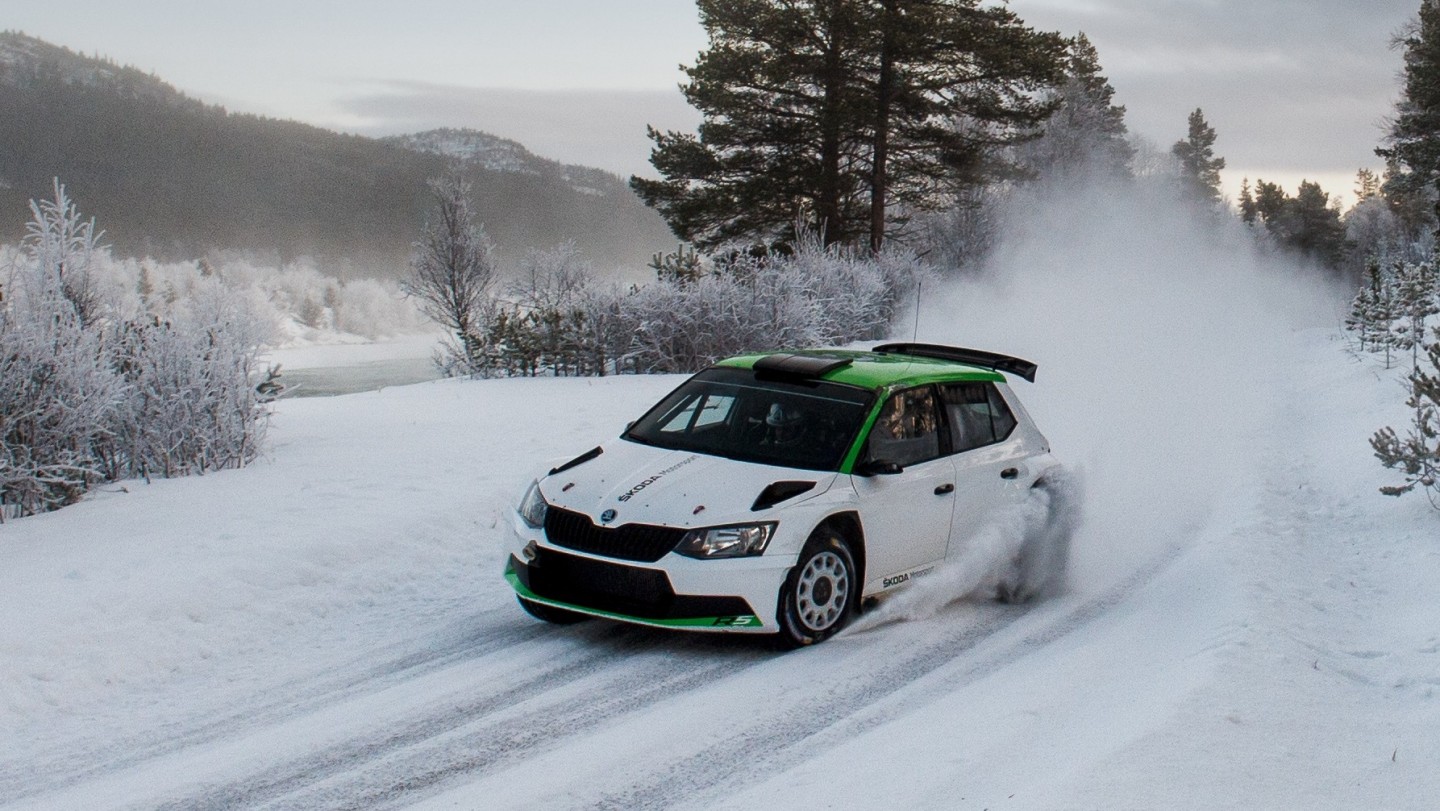 ​› ŠKODA works drivers Pontus Tidemand (S) and Esapekka Lappi (FIN) start at the only real winter rally in the World Championship
› Thawing in Värmland causes rally route to be shortened
› ŠKODA debut for co-driver Jonas Andersson (S) at his home rally
› Michal Hrabánek: “We have set ourselves ambitious targets for the new season”

​Mladá Boleslav, 9 February 2016 – ŠKODA Motorsport is celebrating a return to the Rally Sweden after an 11-year absence. The successful team, led by works drivers Pontus Tidemand (S) and Esapekka Lappi (FIN), will launch its assault on the title in the 2016 FIA World Rally Championship (WRC 2) on ice and snow from 12 to 14 February. Jonas Andersson (S) also makes his debut for ŠKODA at this iconic event in the far north. The experienced co-driver will be navigating for Asia-Pacific champion Pontus Tidemand for the first time, at their home rally. 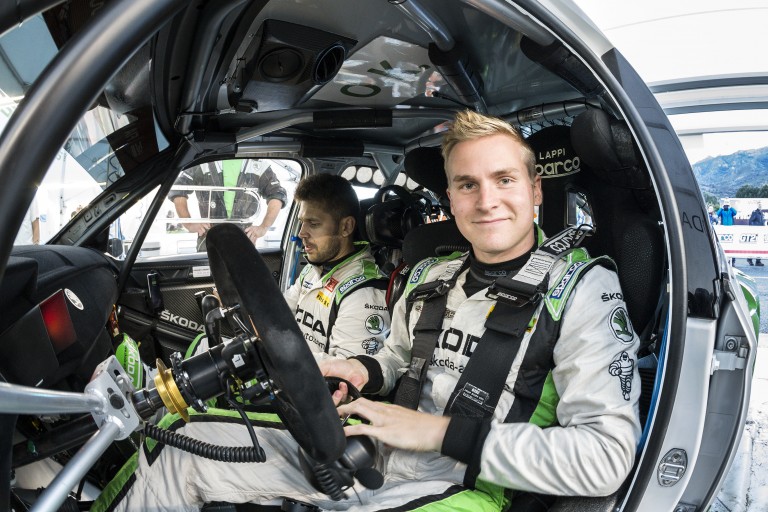 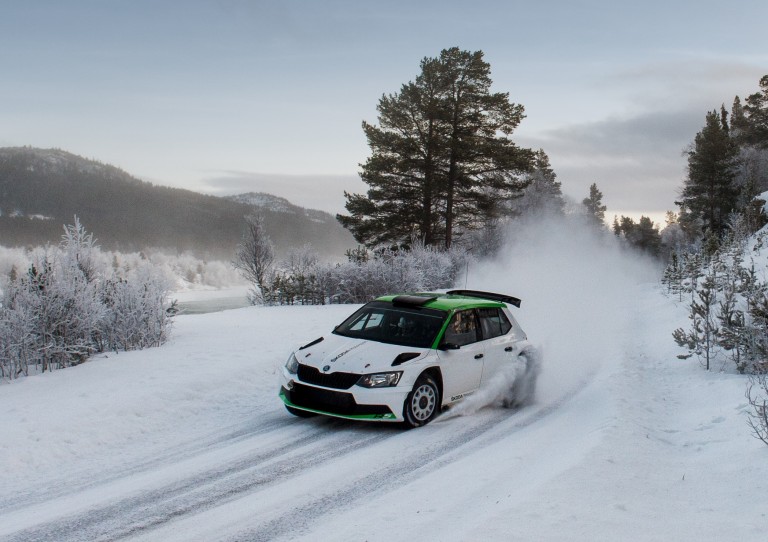 “The whole team at ŠKODA Motorsport is really looking forward to our first rally of 2016,” said ŠKODA Motorsport Director Michal Hrabánek. “We have set ourselves ambitious targets for the new motorsport season and are hoping for a successful start,” he added. “We must gain race experience on ice and snow with our new ŠKODA Fabia R5. Don’t forget that this is the first time since 2005 that we are competing in Sweden.”

Back then, Jani Paasonen (FIN) and DTM champion Mattias Ekström (S) drove the ŠKODA Fabia WRC to ninth and tenth place respectively in the WRC category. The current ŠKODA works drivers are aiming for a podium finish in WRC 2. To achieve that goal, they will need nerves of steel. Despite the use of sharp studs on the tyres, the only real winter rally is a slippery affair, taking place on icy surfaces and roads lined with walls of snow. However, it is questionable just how wintery and icy the roads in the west of Sweden and east of Norway will actually be: warm temperatures caused thawing last weekend, forcing the organisers to make a decision on Monday to reduce the rally from 21 to 13 special stages. Among the stages to be cancelled is the spectator stage in Karlstad, which was set to open the rally on Thursday evening. For this reason, the rally will start on Friday morning with the Torsby special stage. The highlight of the Rally Sweden is the Vargåsen stage, with the legendary Colin’s Crest jump

“Rally Sweden is my home rally and is therefore a real highlight for me,” said Pontus Tidemand. “I’m looking forward to the first rally with my new co-driver Jonas Andersson and hope to benefit from his experience, so that we can give a good account of ourselves at our home event.” This is already the fifth time that the 25-year-old has lined up at his home rally in the World Championship. His best finish so far came last year, with fifth place in WRC 2. Tideland’s new co-driver Jonas Andersson has already celebrated two WRC podium finishes at his home event. “That is what we are aiming for this time too. We want to get on the podium in WRC 2,” said Andersson.

Esapekka Lappi/Janne Ferm (FIN/FIN) start with similar ambitions. After finishing third overall in WRC 2 in 2015, the goal is to surpass that performance in the new season. Lappi gained valuable experience of driving on snow and ice in a privately entered ŠKODA Fabia R5 at the iconic Rally Monte Carlo in January of this year. “I hope that we can benefit from that. Our primary goal is to finish the rally and gain as many points as possible in the overall WRC 2 standings,” said Lappi. The ŠKODA works drivers will be up against strong opposition, including Elfyn Evans. The British driver heads the WRC 2 standings after his victory at the Rally Monte Carlo.

… a total of eight ŠKODA cars are on the list of starters at the Rally Sweden? In addition to works drivers Esapekka Lappi (FIN) and Pontus Tidemand (S), Hubert Ptaszek (PL), Ole Christian Veiby (N) and Teemu Suninen (FIN) are also scheduled to start in the new ŠKODA Fabia R5. Swedes Johan Kristoffersen and Glenn Ström are competing in the older ŠKODA Fabia Super 2000. Norwegian Henrik Elvestad is driving a ŠKODA Fabia R2.
… Rally Sweden was originally a summer event? When first held in 1950, it was called the “Rally to the Midnight Sun”. The rally has only been taking place regularly in winter since 1965. Since the introduction of the World Championship in 1973, the rally has almost always featured on the calendar. The only exceptions: in 1994 the race was part of the FIA 2-Litre World Rally Cup, and it did not take place at all in 1974 and 2009.
… spiked snow tyres are used on the icy tracks in Sweden? Every tyre is fitted with 380 steel nails, which are 20 millimetres long and weigh four grams each.
… snow shovels must be carried in every rally car? They are on board just in case a car leaves the road and needs to be dug out of the snow.
… the service park is located centrally this time, on the harbour at Karlstad? In previous years, the heart of the rally was located further north in Hagfors.
… the highlight of the rally on Saturday will come during the Vargåsen stage? The famous Colin’s Crest jump is named after rally legend Colin McRae (GB). The record for the longest jump was set in 2015, when Thierry Neuville (B) managed 44 metres.
… the rally centre of Karlstad derives its name from King Charles IX? The monarch granted the city charter in 1584. Today, Karlstad has more than 60,000 inhabitants and is a university town.