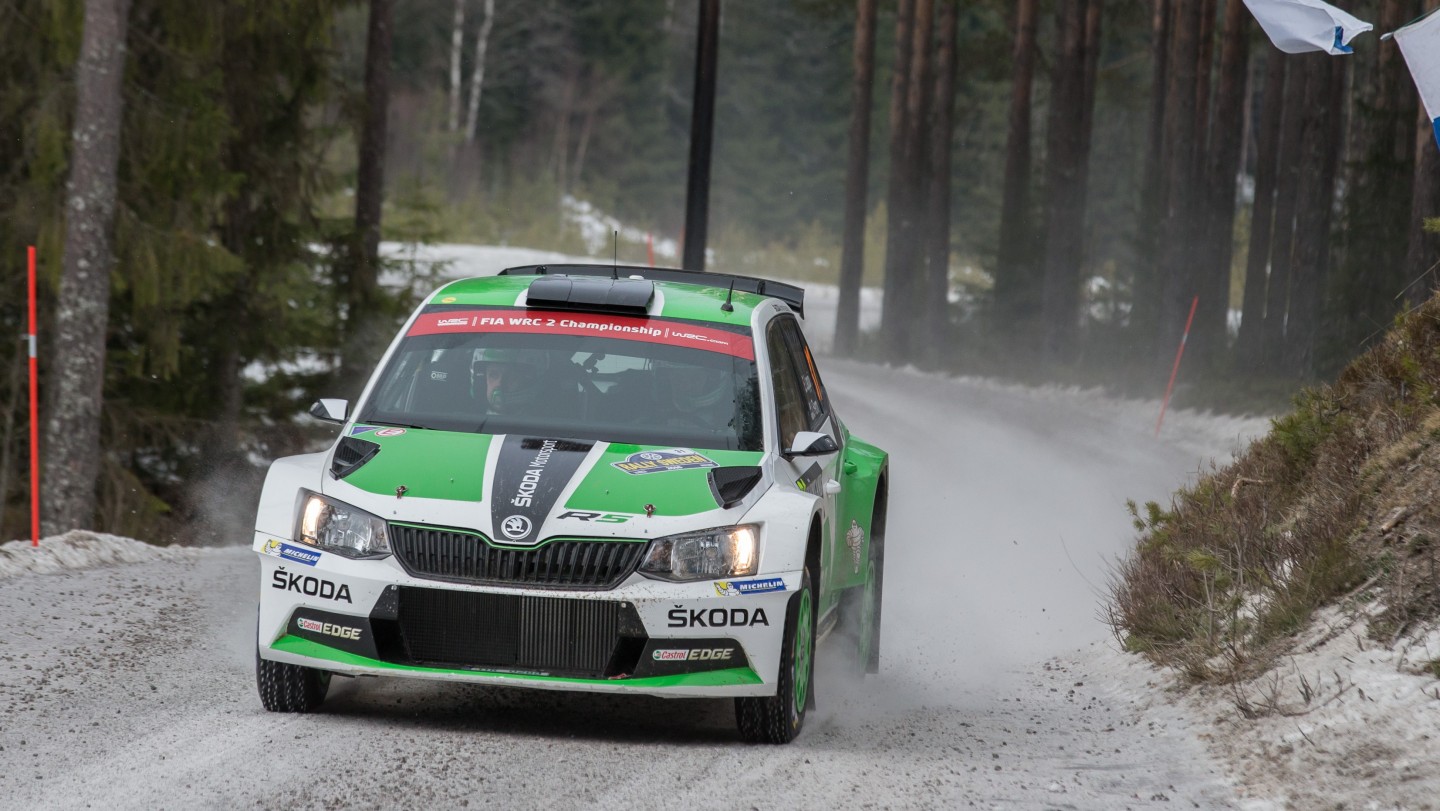 ​› ŠKODA works duo Pontus Tidemand/Jonas Andersson (S/S) celebrate second place at home rally
› Esapekka Lappi/Janne Ferm (FIN/FIN) make it onto the winner’s podium in third place after splendid catch-up
› Michal Hrabánek: “The ŠKODA Fabia R5 is one of the most competitive cars in the WRC 2 category, even on ice and snow”

​Karlstad, 14th February 2016 – ŠKODA Motorsport started their 2016 season with podium positions at the Rally Sweden. At the second event of the FIA World Rally Championship (WRC 2), works driver Pontus Tidemand (S), whose home rally was the first ever rally he contested with his new co-driver Jonas Andersson (S), finished in second place in the WRC 2 classification. Their team-mates Esapekka Lappi/Janne Ferm (FIN/FIN), who temporarily dropped down into eleventh place after making a driving error on Friday, also made it onto the podium in third place after a flawless performance on Saturday and Sunday. 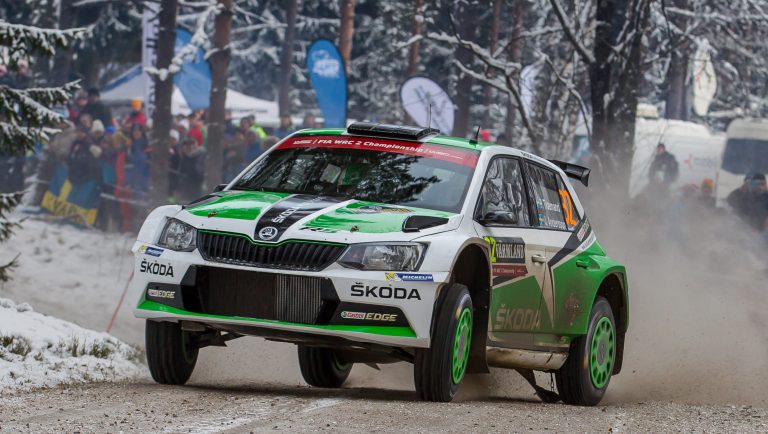 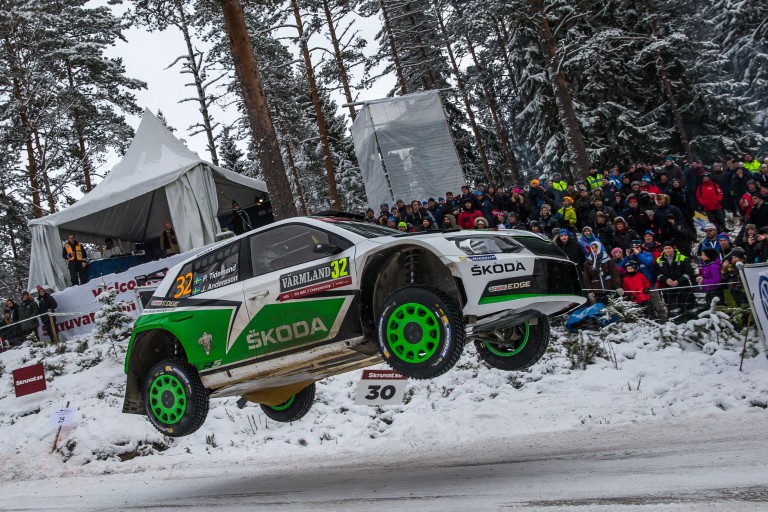 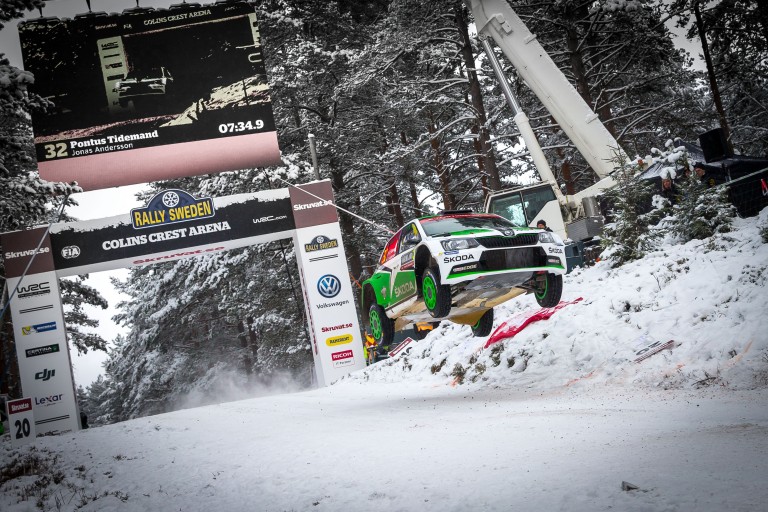 “On the drastically reduced route, our drivers showed that the ŠKODA Fabia R5 is one of the most competitive rally cars in the WRC 2 category, even on ice and snow,” said ŠKODA Motorsport Director Michal Hrabánek. “Unfortunately it wasn’t quite enough to get the win overall, but the seven stage best times proved that our team is always capable of driving for wins. That gives us all the more motivation to push even harder at our upcoming appearances in the WRC.”

Since only the power stage was held on Sunday, local hero Tidemand only had 15.87 kilometres to reduce his deficit of 17.9 seconds to leader Elfyn Evans (GB). “We tried everything, but unfortunately there was no way of closing the gap on just one stage,” said Tidemand, who trailed by 14.7 seconds at the end of the rally. “Nevertheless, I am happy with second place – that is my best result at my home rally to date. It was also my debut rally with my new co-driver Jonas Andersson. We worked in fantastic harmony right from the word go, and I am really looking forward to the coming rallies with him. Congratulations to Elfyn Evans, he earned the win with a fantastic performance.”

Team-mate Lappi delivered an impressive performance on the closing power stage on Sunday, on which he not only got the best time in the WRC 2 category, but in the final metres also overtook Anders Grøndal (N), who was in third place in the overall standings until that point. “The best time on this very short final day gave me some satisfaction,” said Lappi, who trailed Grøndal by 8.7 seconds going into the final stage. “Finishing third after all is a fantastic feeling. Congratulations to the entire ŠKODA Motorsport team, who once again provided us with a very fast and reliable car.”

The Rally Sweden has been held on ice and snow in winter regularly since 1965, before then it was held as a summer event, known as the “Rally to the Midnight Sun”. It wasn’t quite as warm in the rally base of Karlstad this year as it was when the rally first started, but mild, almost spring like weather at the start of the week meant that the organisers were forced to cancel a total of nine of the 21 special stages scheduled. Instead of icy and snow-covered tracks, the organisers found partially sodden gravel roads on which it would have been too dangerous to drive with the studded tyres delivered specially for the Rally Sweden. The rally route ended up being reduced from 331.21 to 226.48 classified kilometres, which meant that the 2016 Rally Sweden was the shortest WRC event ever.

The number of the Rally Sweden: 7

At the Rally Sweden, reduced from its original number of 21 special stages to just twelve, the ŠKODA Motorsport drivers won a total of seven stages. Pontus Tidemand was fastest on the special stages Torsby 2, Vargåsen 1 and Karlstad 2. Esapekka Lappi won the sections Svullrya 2, Rämmen 2, Vargåsen 2, as well as the closing power stage Värmullsåsen 2. This saw the most stage best times in the WRC 2 category at the winter rally through Sweden and Norway go to the ŠKODA Fabia R5.

Rally Sweden: Tidemand on course to finish on the podium for ŠKODA at his home rally

Rally Sweden: The start didn’t go according to plan for ŠKODA Motorsport