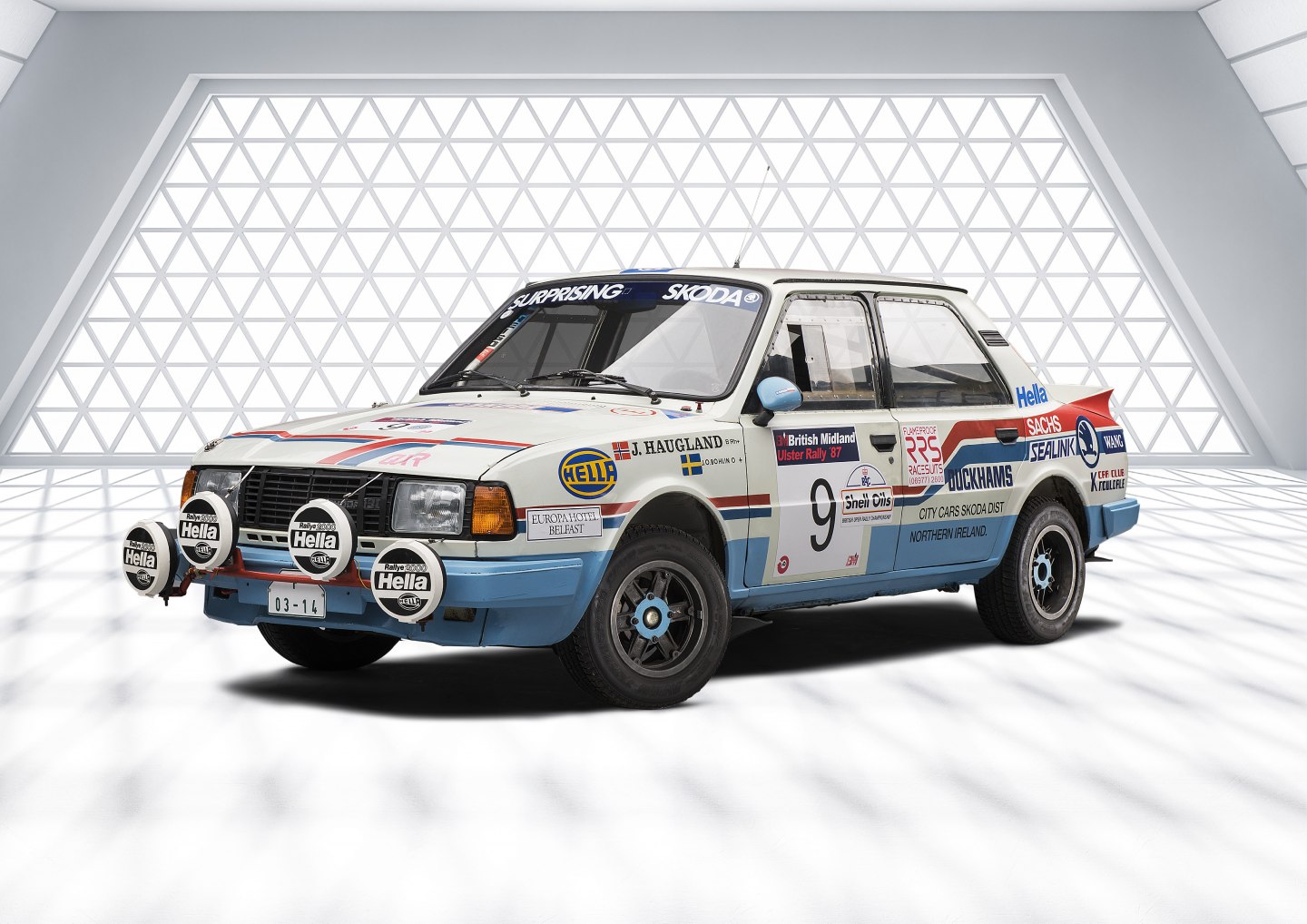 › Rally car designed to meet the regulations of the famous Group B with great leeway for technical adaptations compared to series models.
› Ladislav Křeček and Bořivoj Motl finished 6th overall with the ŠKODA 130 LR at the 1986 Rally San Remo – the best result for ŠKODA up to that point
› The abolition of Group B at the end of 1986 also put an end to the LR’s short international career
› The 130 LR and 130 L/A models were ŠKODA’s last rear-engined rally cars

Mladá Boleslav, 6 September 2021 – Scarcely a decade after the premiere of the iconic ŠKODA 130 RS coupé, the next generation of rally cars from Mladá Boleslav was on the starting grid with the ŠKODA 130 LR; in the 1980s, Group B racing cars dominated the rally world. Once again, the car manufacturer from Mladá Boleslav also had several irons in the fire, with talented drivers repeatedly outperforming even the most prominent names.

Most rally fans remember Group B as the domain of powerful racing cars that reached incredible speeds for their time. But it was precisely because of these dazzling displays that a series of incidents occurred that ultimately led to the category being completely abolished. The ŠKODA 130 LR also started in Group B in the shadow of some truly fearsome supercharged models from well-known manufacturers. Despite significantly lower power output in comparison, it enjoyed great success against the competition.

With its rear engine and drivetrain, the ŠKODA 130 LR had a comparatively unconventional design compared to competitors’ models. The only vehicle on the track with a similar technical design was the Porsche 911. Development of the 130 LR began after the elimination of Group 2 had ended the long, successful career of the 130 RS. The task was to design a follow-up to the ŚKODA 130 RS, as its homologation had almost expired. At the same time, the aim was to present a vehicle based on the large series ŠKODA 105/120 model. The new car was to be even lighter, faster and more manoeuvrable than its predecessor.

To achieve this, the designers in ŠKODA’s motorsport department came up with several innovations. The engine with a displacement of 1.3 litres received a new eight-channel cylinder head made of aluminium. This was derived from the powertrain development for the FAVORIT; the soon-to-be successful model was in preparation at the time. With two Weber DCOE twin carburettors, the unit delivered 130 hp, which was transmitted to the rear wheels via a five-speed gearbox and self-locking differential.

The 130 hp was particularly impressive due to the ŠKODA 130 LR’s low kerb weight of just 730 kg. The bonnets and doors were made of aluminium; the side windows and later also the rear window were made of Macrolon plexiglass. Anything that was not essential was removed from the vehicle, while a light metal protective frame from HEIGO protected the occupants.

For enhanced manoeuvrability, the 130 LR featured a new rear axle with modified kinematics. This made it possible to adjust the ground clearance and install an anti-roll bar. In addition, the front suspension was modified, and adjustments were made to the braking system. The front brake discs were cooled, and disc brakes were used on the rear axle – another technical innovation. The front and rear brake ratio could be adjusted, and a state-of-the-art hydraulic handbrake was also fitted.

The homologation of the ŠKODA 130 LR, or the testing of a series of 200 units by the International Automobile Federation (FIA), took place at the Vrchlabí plant on 19 December 1984. The LR made its debut on the rally circuit as early as February of the following year, naturally with the aim of building on the many successes of its predecessor. At its very first appearance, the Valašská zima Rally in 1985, the ŠKODA 130 LR finished in the top three places thanks to the driver teams Křeček/Motl, Haugland/Bohlin and Kvaizar/Janeček. The ŠKODA 130 LR scored its first major international success at the famous British RAC Rally at the end of 1985, where the Norwegian driver, John Haugland finished 15th overall.

The next big triumph came the following year at the Acropolis Rally, one of the toughest rallies in the world. The duo Ladislav Křeček/Bořivoj Motl won their class and finished 13th overall. They even managed to top this result at the 1986 San Remo Rally, when they placed sixth overall. The greatest success was the victory of the Austrian driver team Gerhard Kalnay/Günter Tazreiter in the overall classification of the Marlboro Günaydin Turkish Rally. In this European Championship round, the ŠKODA 130 LR far outpaced the Peugeot 205 Turbo 16, the Audi Quattro, the MG Metro 6R4, the Renault 5 Turbo and other strong vehicles in the field.

Following a series of fatal accidents during the 1986 season, the FIA announced the end of Group B racing towards the end of the season, which effectively marked the end of the 130 LR’s international career. The 130 LR went on to compete for two more years in the national championship and in the then Peace and Friendship Cup, where the duo Pavel Sibera/Petr Gross won the last championship title in the rear-engined car in the 1988 season. During this period, the works team was already competing in international races with the Š 130 L cars modified for Group A with slight adaptations. At the same time, production of the new FAVORIT hatchback with a front engine was underway, and the designers focused on developing a new rally car with front-wheel drive.

Given the boisterous nature of amateur rallies, very few of the several hundred 130 LR cars built (including 200 homologation vehicles, 20 race cars and an unknown number of vehicles modified to 130 LR specifications) have survived to this day. Owing to the increasing interest in rally cars from the 1980s, the original 130 LR factory cars are now in great demand among collectors and are traded at correspondingly high prices. 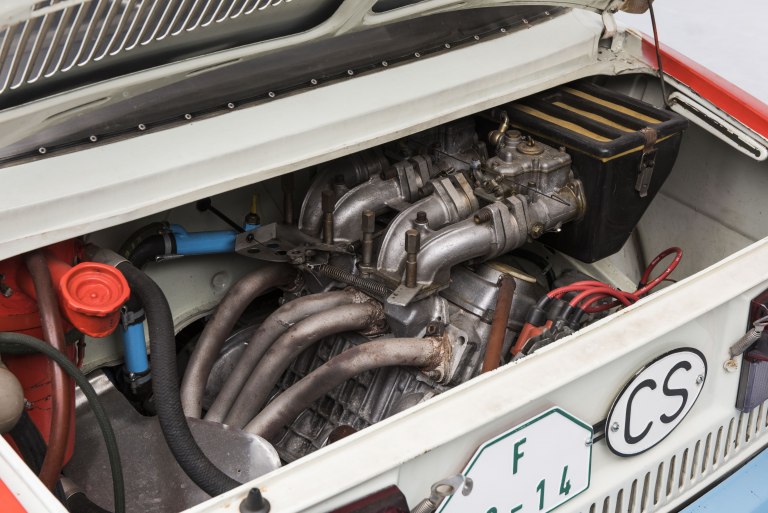 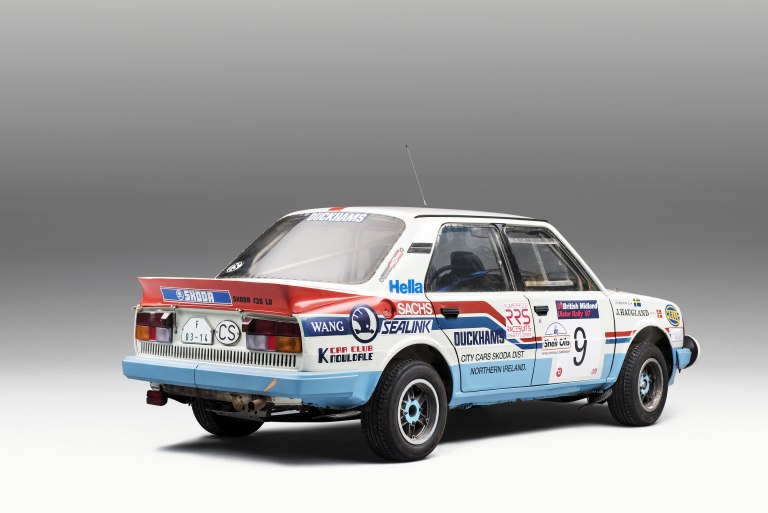 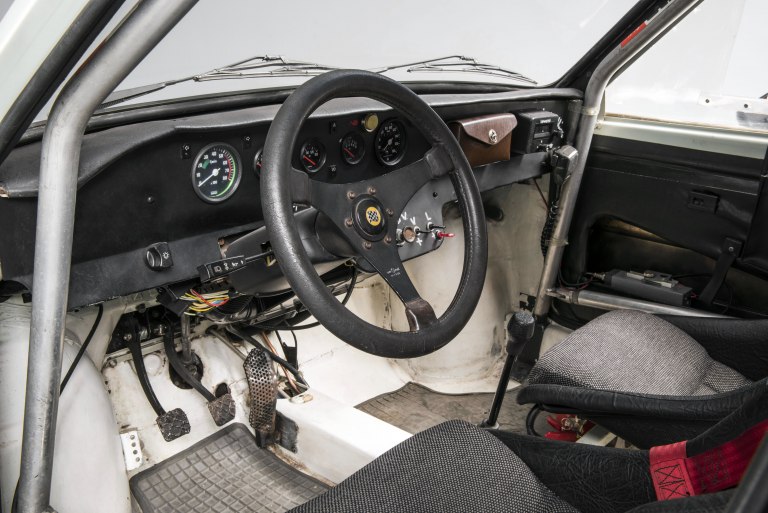 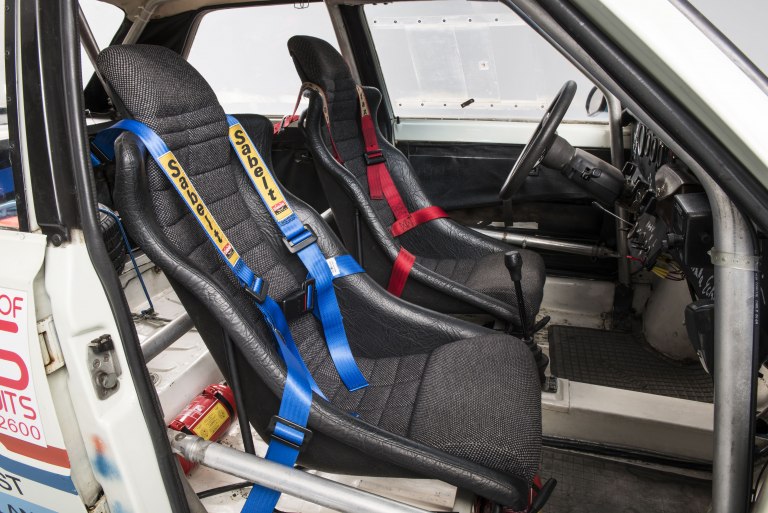 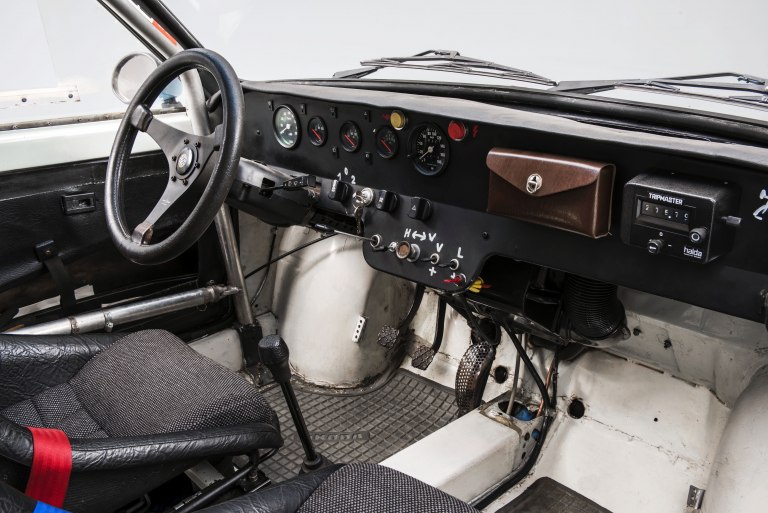 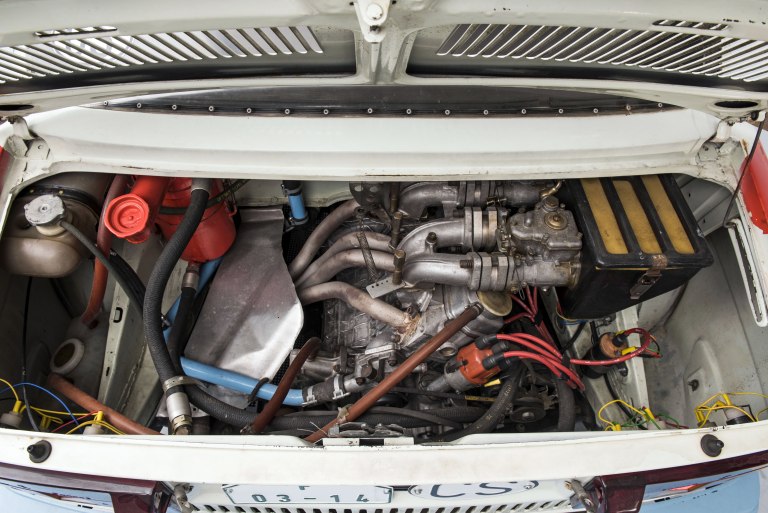 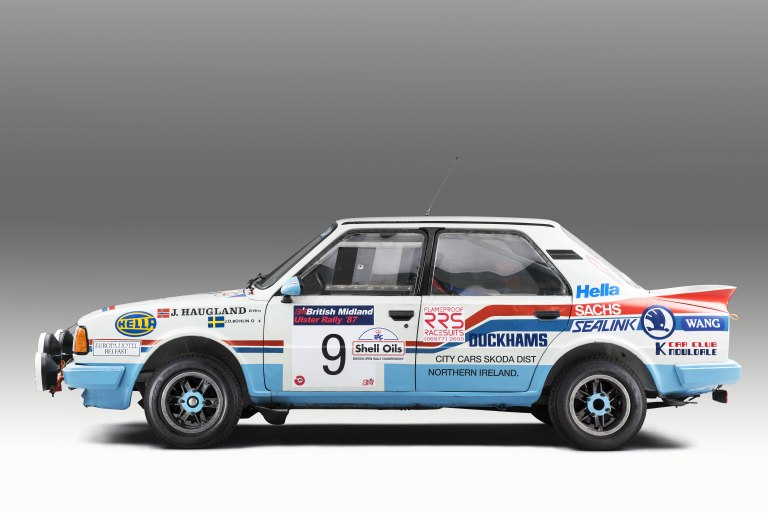 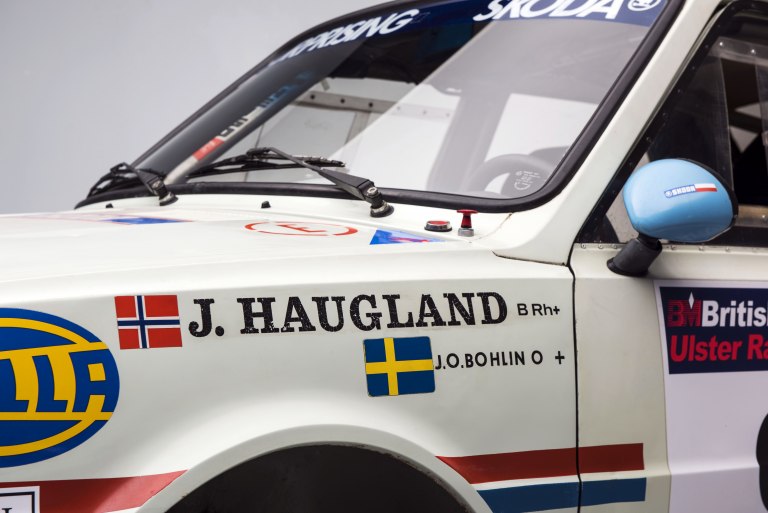 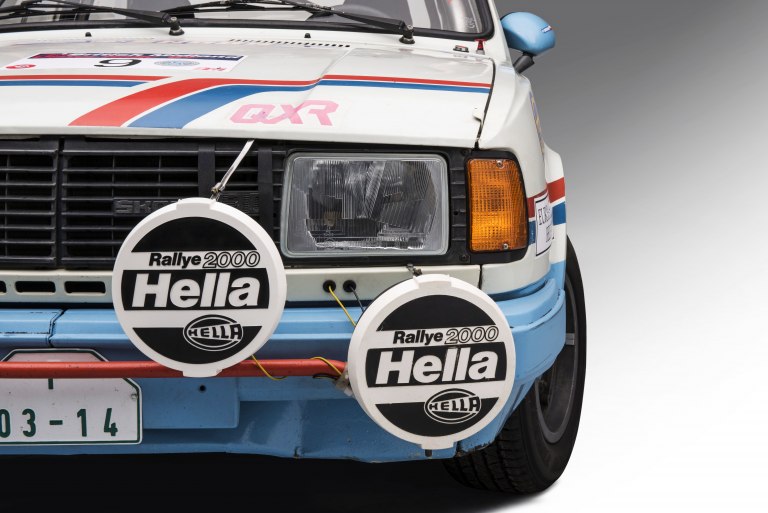 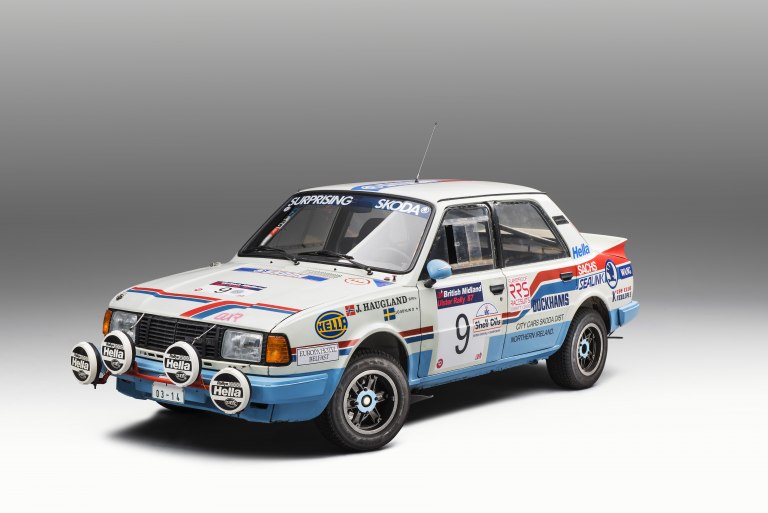