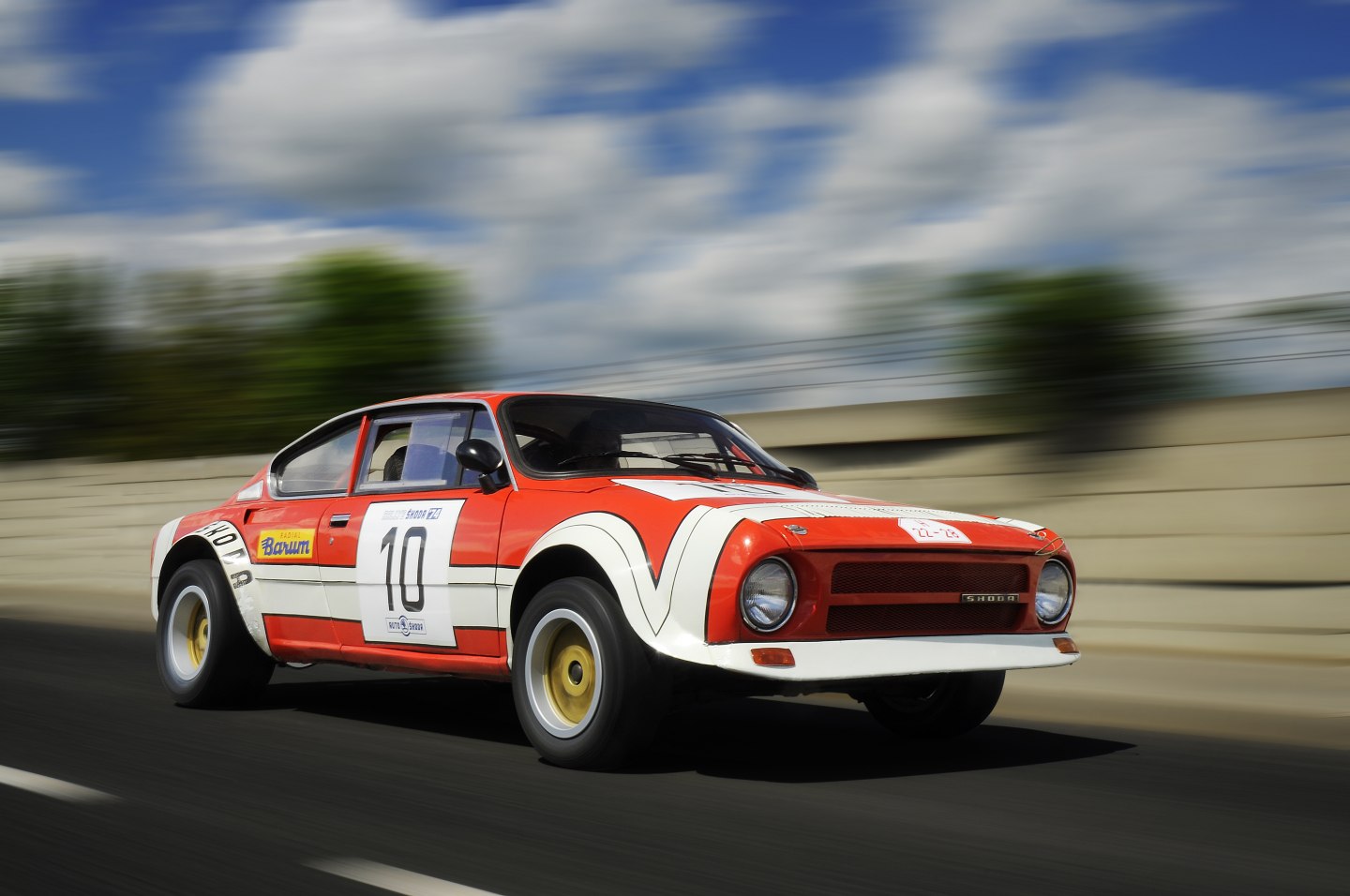 At the beginning of the 1970s, the Mladá Boleslav team realised that engines with a displacement of up to 1,300 cm3 – such as in the ŠKODA 120 S Rallye – would not hold their own against international competitors in demanding rallies. It was soon decided to develop a rally vehicle with a correspondingly large displacement.

The ŠKODA 110 R Coupé with an Š 720 aluminium engine served as the basis for implementing this ambitious project. It featured modern OHC valve timing and had originally been developed in the second half of the 1960s for the eponymous prototype. The designers also drew on their experience from building the ŠKODA 120 S Rally; the technology from these two vehicles was to be combined in a new model. The first prototypes were roadworthy as early as 1971 and used the bodies of the Š 1000 MB and the Š 100 L. For testing purposes, five-speed gearboxes from the Tatra 603-2 racing cars of the time were installed. Jaroslav Bobek and Bořivoj Kořínek took these prototypes to the racetracks, while Oldřich Horsák and Jiří Motal drove them on rally courses.

Lead responsibility for developing the body was borne by designer and driver Jiří Šedivý, who built the Š 110 R B5 for the 1973 season. The car’s roof was lowered by 7.5 centimetres, and the windscreen was also set lower. Both the roof and bonnet were pressed from 0.7 mm sheet aluminium, and the vehicle weighed 85 kg less overall than the standard version.

During the development phase, however, the designers faced a number of challenges with the project. For example, the engine installed in front of the rear axle proved to be disadvantageous once the ŠKODA 110 R was being tested on the circuit. The drivers’ impression that the car was prone to significant understeering was also confirmed by computer simulations of the centre of gravity shift. Following the final evaluation of the tests, work began in October 1973, and the first car was on the grid just seven months later.

The skeleton of the Š 110 R – with the tried and tested lower roof and side panels lowered just above the underbody – formed the basis of the new rally coupé. This is where the safety cage was integrated, which reinforced the structure, increased torsional rigidity and protected the occupants in the event of a collision. Modifications were also made to the front of the car so that a tubular radiator with air outlets could be fitted to the bonnet. In addition, the designers installed a front spoiler, which they scientifically referred to at the time as an “uplift spoiler”.

Riveted to the body, the roof was pressed from light sheet metal; the bonnet was made of the same material. For the engine cover, the developers used fibreglass-reinforced plastic, which allowed the rear section of the coupé to be fitted with ventilation apertures and the characteristic wing to be modelled with a tear-off edge. The widened mudguards were particularly striking, and the wheel arches accommodated wide 7-8” × 13” rally tyres at the front and 7-10” x 13” at the rear on bipartite magnesium rims. Girling disc brakes were used at the front for deceleration, while the standard drum brakes of the ŠKODA 110 were fitted at the rear. During development, these were also replaced by disc brakes from the British manufacturer Girling on one of the models.

The front axle was based on the counterpart of the ŠKODA 120 S; the wishbones were lengthened and reinforced for a wider track, and the steering was also adapted. The rear wheels were suspended on triangular wishbones, allowing the camber and toe to be adjusted. The suspension of the ŠKODA rally car featured traditional coil springs and the custom-made telescopic shock absorbers from Koni Sport could be calibrated.

The Š 720 engine made it possible for one engine to be constructed with various displacements – a feature that the designers took full advantage of. The smaller of the four-cylinder engines had a displacement of 1,772 cm3, the larger was 1,997 cm3. Given the identical bore of 87 mm, the difference was due to the different crankshaft strokes of 74.5 and 84 millimetres respectively. The engines had dry-sump lubrication and the model designation was derived from the engine capacity in each case: The car with the smaller engine, which achieved a maximum output of 154 hp at 6,250 rpm with a Weber 45 DCOE 2 double carburettor, was given the designation 180 RS. The car with the two-litre engine, which generated 163 hp at 6,000 rpm, was given the name 200 RS. In their search for a suitable gearbox, the designers opted for a manual five-speed gearbox from Porsche, type 915.003.133, paired with a single-disc clutch with diaphragm spring from Fichtel & Sachs.

As a result, the very lightweight rally cars came in at just over 800 kilograms and achieved top speeds of up to 240 km/h, depending on the gear ratio. The 200 RS made its debut at the IDA Rally in what was then Czechoslovakia in May 1974, followed by the Barum Rally with two cars and the Rally ŠKODA in Mladá Boleslav, where the three red-and-white-painted cars competed alongside each other on 1 June 1974.

A total of two ŠKODA 200 RS and one ŠKODA 180 RS were built. At first, it seemed that the engineers had developed a first-rate rally car that could hold its own against the most successful vehicles in motorsport. But things turned out differently; changes to the regulations brought the careers of the 180 RS and 200 RS to an abrupt end: the new regulations ruled out the homologation of rally prototypes, and instead, only cars based on production models were allowed to compete.

In response, the designers in Mladá Boleslav built the successor 130 RS. They based their technical design on the ŠKODA 110 R and also drew on their knowledge and experience from creating the 180 RS and 200 RS. Weighing only 720 kilograms, the rear-wheel-drive vehicle with a 140 hp 1.3-litre engine quickly became a success, leaving the competition behind on rally tracks as well as on the circuit up until 1983. 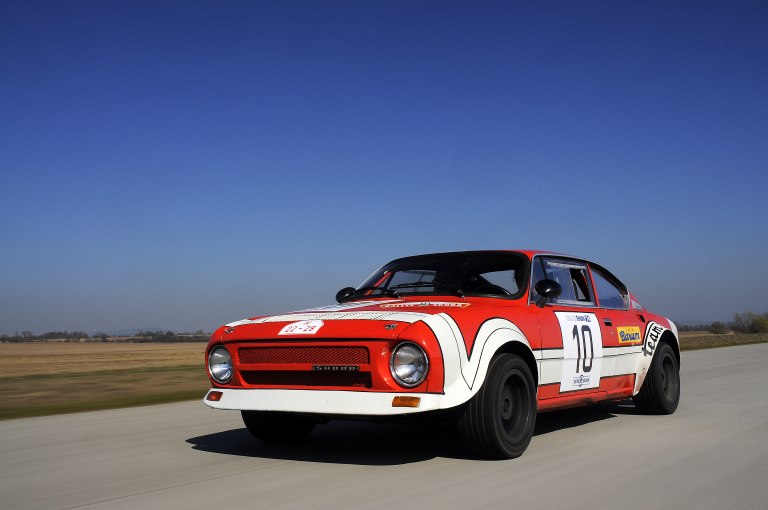 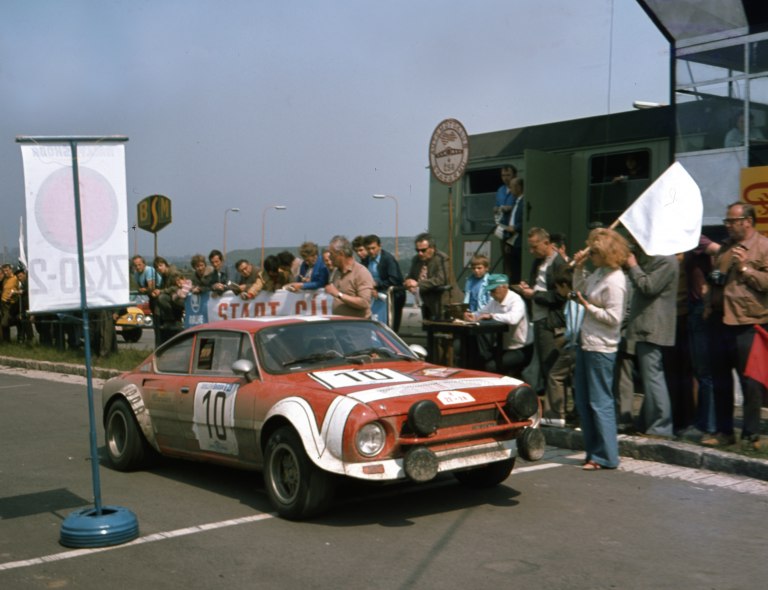 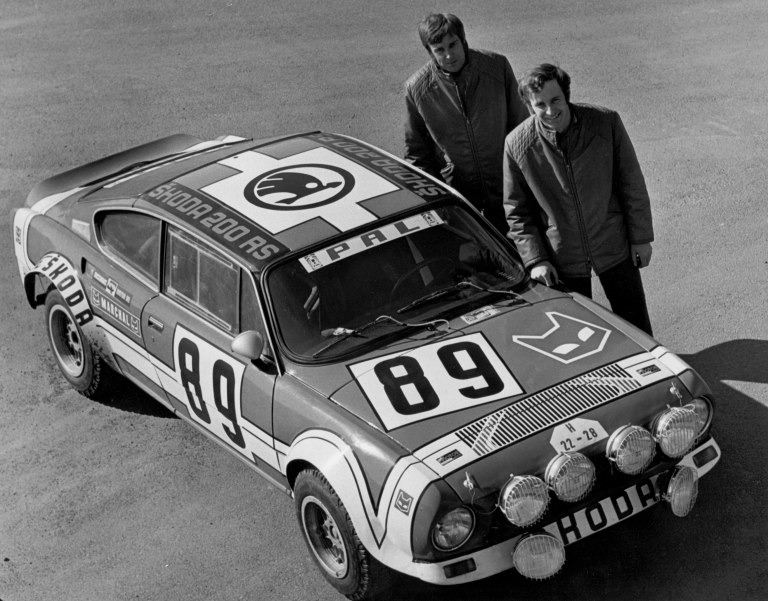