Mladá Boleslav, 2 August 2018 – ŠKODA AUTO remains on the course for success in the first half of 2018. The carmaker increased sales revenue by 5.1% to € 9.161 billion, for the first time surpassing the €9 billion mark in the first six months of the year. Operating profit of 821 million euros remains at a high level. Deliveries to customers increased by 11.6% from January to June this year to a new record of 652,700 vehicles. 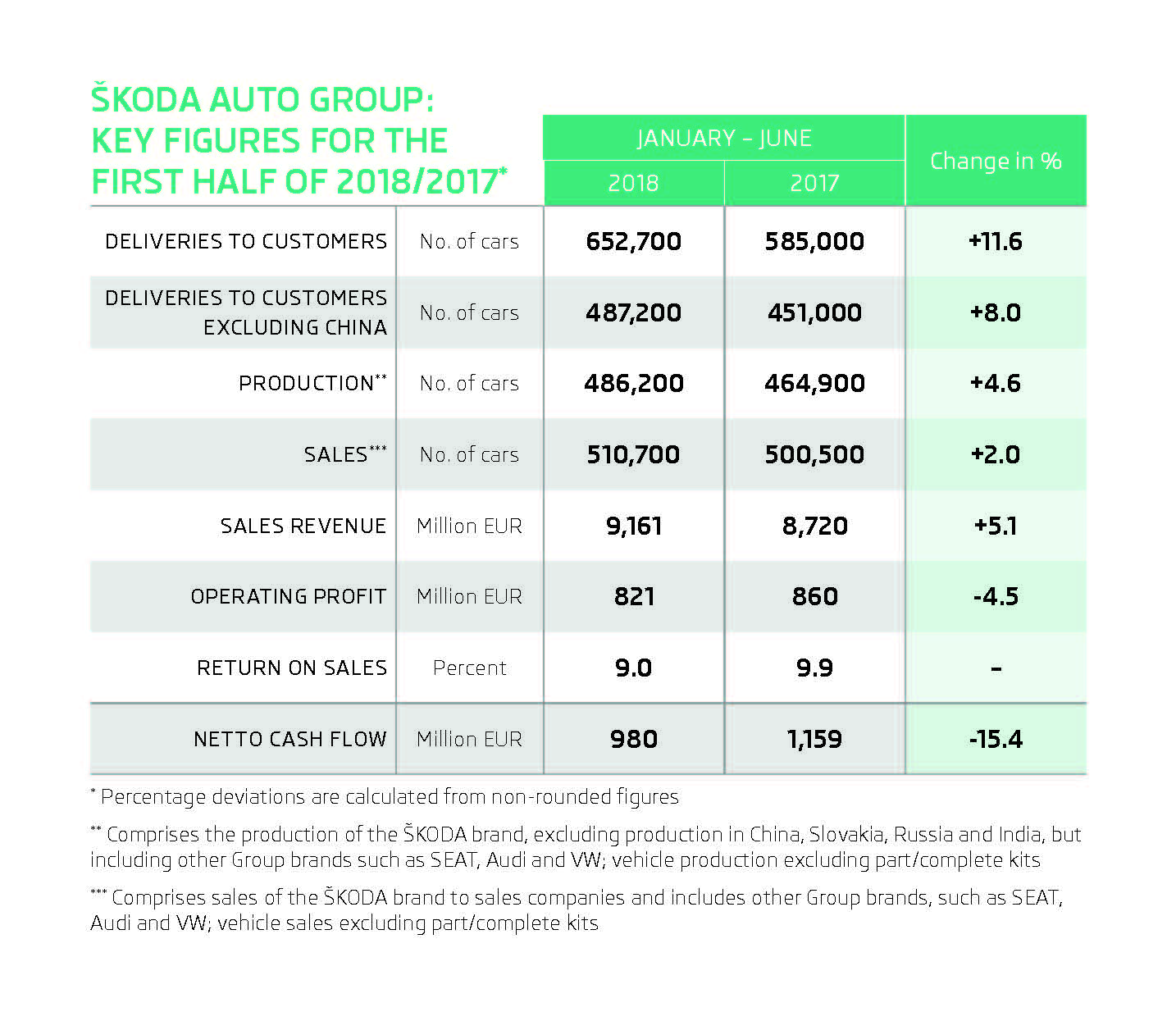 Bernhard Maier, ŠKODA AUTO CEO: “The results of the first half of the year demonstrate that we are on the right path with Strategy 2025. The current product range has been very well received by our customers. Our model campaign continues in the second half of the year with the launch of the new FABIA and KODIAQ RS. Converting our vehicles to the new WLTP cycle remains a challenge.”

“ŠKODA AUTO continues to show stable profitability and yield security in the first half of the year. Important factors influencing this are our active mix management within the framework of the positive sales volume development and our consistent cost management,” says SKODA AUTO Board Member for Finance and IT Klaus-Dieter Schürmann, adding: “Stricter emission and CO2 regulations place growing demands on the entire automotive industry. The necessary expenditures for future technologies and new products, as well as negative exchange-rate effects and rising personnel costs due to the new wage agreement, which came into force in April, are increasingly reflected in the result.”

ŠKODA AUTO continues to pursue its ambitious Strategy 2025. By the end of 2020, the Czech automobile manufacturer will have introduced 19 new vehicle models and made considerable investments in pioneering technologies such as electromobility and digital services. Added to this is the brand’s expansion into emerging markets such as India, where ŠKODA now holds responsibility for the Volkswagen Group’s market and model campaign.