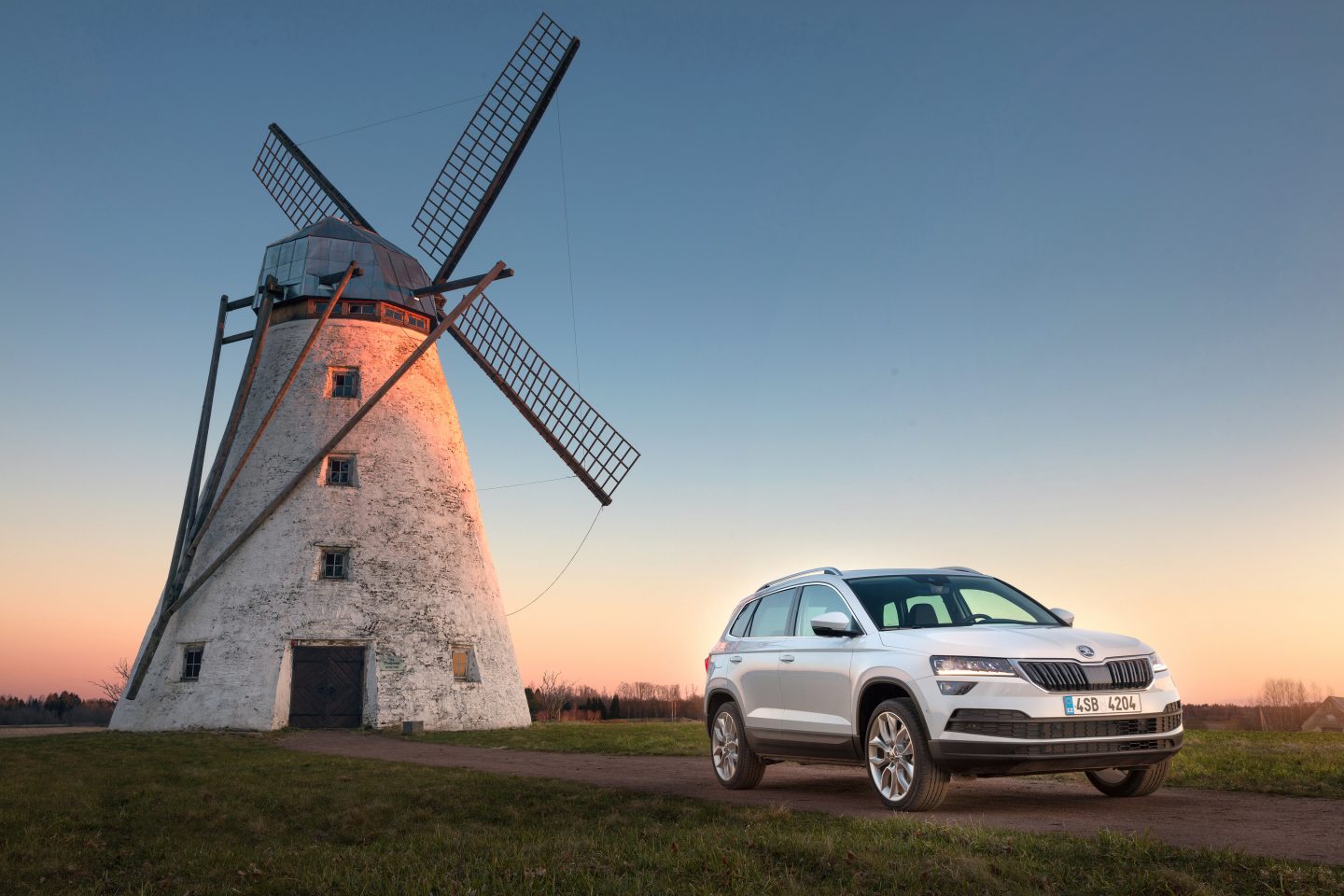 Mladá Boleslav, 27 April 2018 – ŠKODA AUTO continues its growth course. Never before has the Czech traditional brand achieved such a strong result in terms of sales revenue, deliveries and operating profit between January and March. The manufacturer delivered 316,700 vehicles worldwide (+ 11.7%). Operating profit increased by 5.3% to 437 million euros in the same period, while sales revenue increased by 4.9% to 4.5 billion euros.

“We have set the right course with Strategy 2025, and the quarterly sales revenue, deliveries and operating profit demonstrate that we are growing profitably and sustainably,” says ŠKODA AUTO CEO Bernhard Maier, adding: “Due to the consistently high demand for our vehicles, we are working hard to expand our production capacities.”

“ŠKODA AUTO achieved another record quarterly result despite the demanding and challenging market environment. Positive volume and mix effects are the basis for the increased profitability,” says ŠKODA CFO Klaus-Dieter Schürmann. “Thanks to an attractive model mix, increased demand for our KODIAQ and KAROQ models and optimised product costs, we have been able to seamlessly continue our profitable growth from last year. Consistent cost and efficiency management will continue to be a high priority at ŠKODA AUTO.”

In addition to the bestselling ŠKODA OCTAVIA, the SUV models KODIAQ and KAROQ were among the growth drivers. From January to March 2018, the Czech carmaker delivered a total of 105,700 OCTAVIAs to customers worldwide, 2.6% more than in the same period of the previous year. Sales of the large SUV ŠKODA KODIAQ increased by more than 500% to 38,100 units in the first quarter. The ŠKODA KAROQ, which was launched last autumn, is also contributing to the positive sales development. ŠKODA AUTO delivered 17,100 units of the compact SUV between January and March. The second-strongest model after the global bestseller ŠKODA OCTAVIA is the compact ŠKODA FABIA. Its sales figures of 54,600 deliveries in the first quarter remain at the previous year’s level.

ŠKODA AUTO is diversifying for the future
In response to the profound changes in the automotive industry, ŠKODA AUTO has formulated Strategy 2025, with which the company intends to actively shape future developments in key areas such as electromobility, autonomous driving and connectivity. Other important areas of action include digitising products and processes, entering new markets and expanding the traditional automotive business to include a variety of mobility services. In this way, ŠKODA AUTO plans to expand in two dimensions: in addition to increasing vehicle sales, new business areas will broaden the growth course.

With the current seven car series, ŠKODA AUTO offers the most comprehensive product portfolio in the company’s history. Presenting the ŠKODA VISION X study at the Geneva Motor Show, the traditional Czech brand provided an exciting outlook for a third model in the successful SUV family. In addition, the modernised ŠKODA FABIA celebrated its world premiere and, with the ŠKODA KODIAQ LAURIN & KLEMENT, the new top model of the popular SUV series was presented to the public for the first time. At the end of April, ŠKODA AUTO also presented the ŠKODA KAMIQ city SUV – a model developed exclusively for its worldwide strongest single market, China.

* Percent deviations are calculated from the non-rounded numbers.

** Comprises production of the ŠKODA brand, without production in China, Slovakia, Russia or India, but does include other Group brands, such as SEAT, Audi and VW; Vehicle production without part/complete kits

*** Comprises sales of the ŠKODA brand, including other Group brands such as SEAT, AUDI and VW; Vehicle sales without part / complete kits