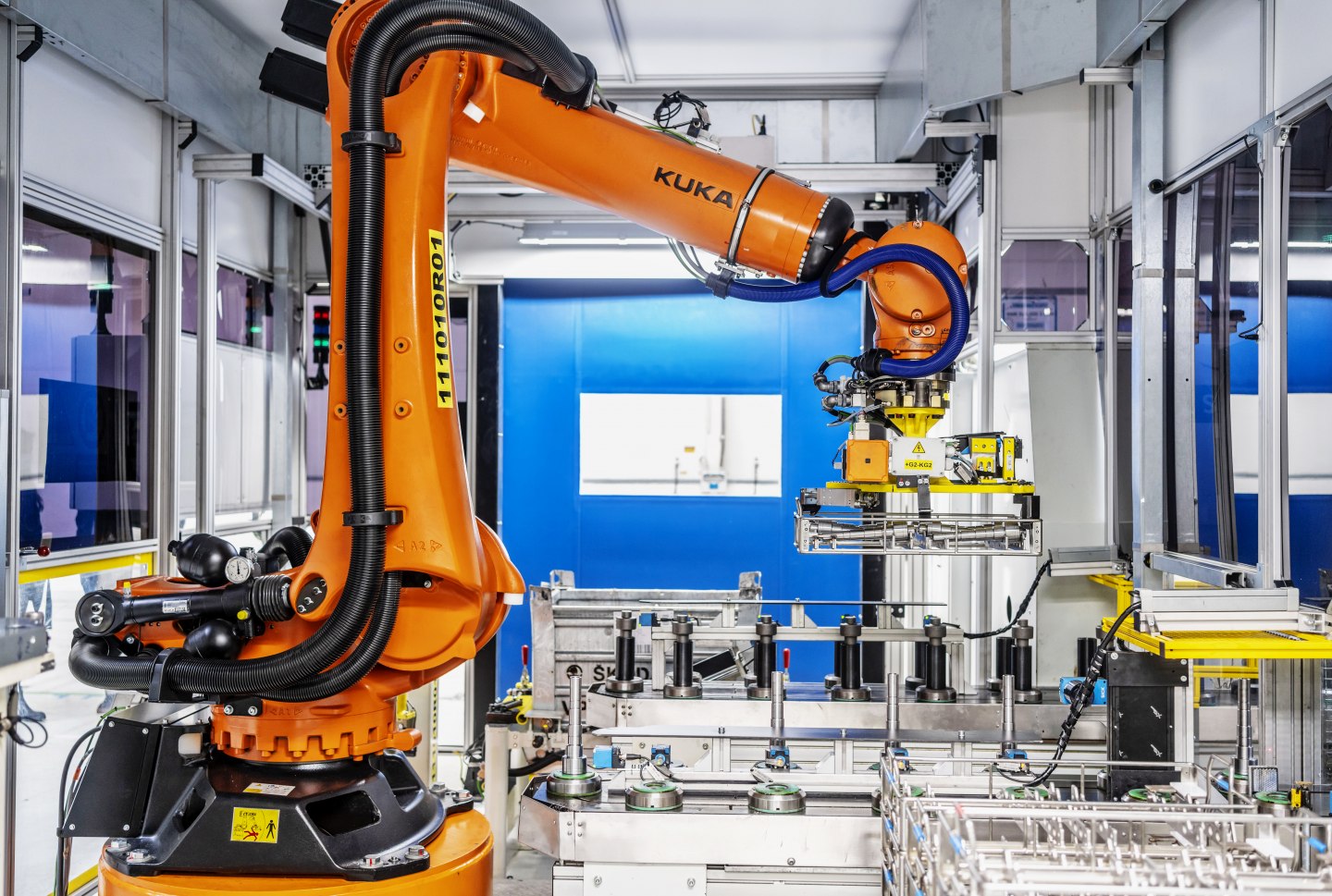 Mladá Boleslav/Vrchlabí, 20 May 2021 – ŠKODA AUTO is pressing ahead with the automation of its manufacturing processes in the Czech Republic. In gearbox production at the Vrchlabí component plant, a new smart handling robot has taken over the complex task of moving forged parts for the workforce. ŠKODA AUTO has developed this system in-house to build up expertise in production automation.

The manager of the Vrchlabí plant, Ivan Slimák, said: “At our state-of-the-art Vrchlabí site, we are setting benchmarks in the digitalisation of our production methods. We have now taken the next step with our new smart handling robot. Advanced algorithms and image recognition capabilities make our processes as efficient as possible while continuing to improve workplace ergonomics for our staff. We will roll out the principle of smart handling to other areas of production.”

At the beginning of the manufacturing process, autonomous robots deliver forged blanks for transmission shafts in bins to the CNC machining lines. They are guided by sensor technologies of the Internet of Things (IoT). The new smart handling robot picks the blanks from the bins and places them onto the CNC machine’s conveyor. When processed, it removes the transmission parts and puts them into a transport bin. The robot handles a total weight of 900 kg per shift across both these production steps. The employees who previously carried out this physically demanding work are now assigned to tasks such as tool changes and measuring processes.

The technology behind this new process is based on the principle of digital image recognition. A 3D camera scans the position of the randomly arranged forged parts in the bin. Based on the camera image, an algorithm then determines which of the parts is optimal for the gripper to grab and works out the movements required. The robot positions the blank ready for processing, then picks it up again to place it into a transport bin. As soon as this is full, the robot changes its gripper and prepares the bin for collection. The entire process is highly efficient and fully automated.

It took only eleven months from the first feasibility study to deploying the system in series operation. Several departments worked together to design and implement this smart handling solution. It’s just one of a number of automation projects at the Vrchlabí plant.

Another autonomous transport system brings machined parts from the mechanical processing area to another part of the facility for high-precision measurement.
Blanks for shafts and gears are brought to the CNC machines by an autonomous robot, with ordering and retrieval of the parts also taking place automatically. Each day, the robot transports approximately 50,000 blanks.

At the Vrchlabí site, the carmaker produces more than 2,300 units of the DQ200 7-speed direct shift gearbox (DSG) every day, which is used in numerous ŠKODA models as well as in other vehicles from Volkswagen Group. In 2019, ŠKODA AUTO produced its three millionth DQ200 transmission. 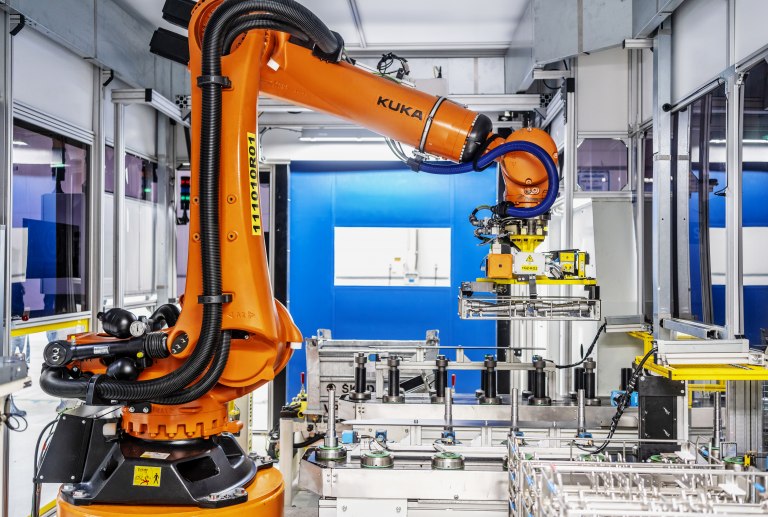 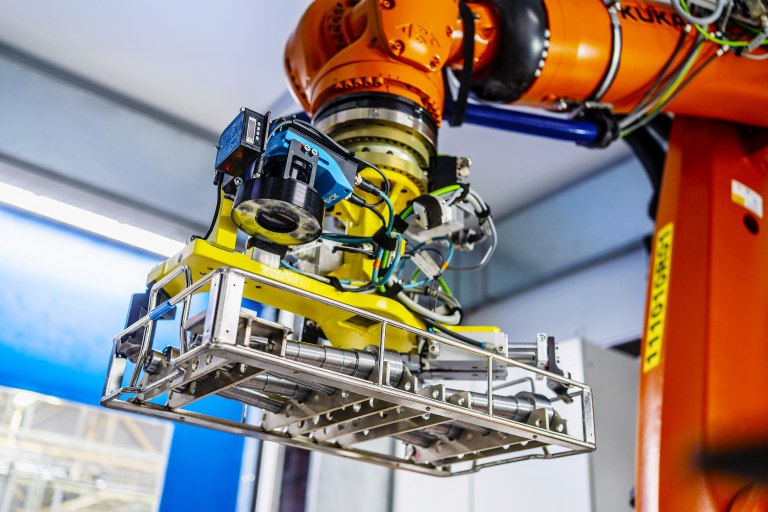