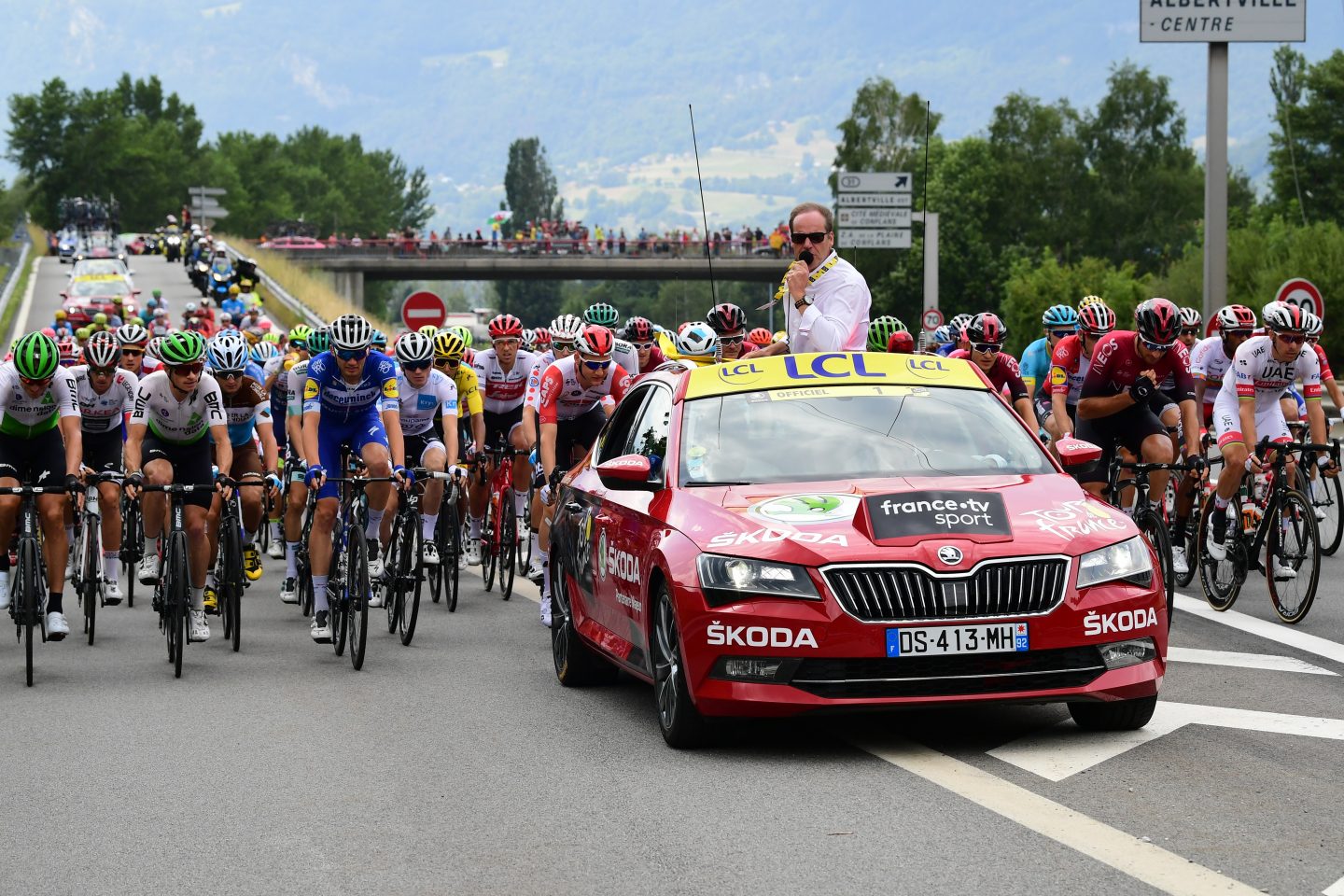 › ŠKODA AUTO has been supporting and accompanying the world’s most famous cycling event since 2004
› SUPERB iV with plug-in hybrid drive serves as command vehicle (‘Red Car’) for Tour Director Christian Prudhomme
› The campaign ‘To the Greatest Family of all: Cyclists’ communicates brand’s passion for cycling

Mladá Boleslav, 19 August 2020 – ŠKODA AUTO is supporting the Tour de France this year (29 August – 20 September 2020) for the 17th time in a row as the official main partner. The company is providing up to 250 vehicles for the organisation and race management of the cycling event, including the command vehicle (‘Red Car’) for Christian Prudhomme. The director of the Tour de France will be monitoring and directing the race from a ŠKODA SUPERB iV with plug-in hybrid drive. In addition, ŠKODA is again sponsoring the green jersey for the best sprinter and, as a partner of the official Tour de France app, will be keeping fans up to date on the latest racing action.

Alain Favey, ŠKODA AUTO Board Member for Sales and Marketing emphasises: “Our deep commitment to cycling and our many years of close cooperation with Tour de France organiser A.S.O. are integral parts of ŠKODA AUTO’s global sports sponsorship. This event is the perfect setting for us to present our brand and products internationally and at the same time, share our enthusiasm for this dynamic sport with millions of fans.“

As the official vehicle partner, ŠKODA will be providing up to 250 vehicles this year. In addition to the new, fourth generation of the brand’s bestseller, the OCTAVIA and the top model SUPERB, the KODIAQ, the KAROQ and the KAMIQ will be used for the organisation and race management. The SUPERB iV, ŠKODA’s first model with plug-in hybrid drive, will serve as the ‘Red Car’ for tour director Christian Prudhomme. From here, he will be leading the field, and using the modern and sophisticated communication technology on board, he will be kept informed about the latest developments on the track and oversee the race. The specific glass roof of his red-coloured official vehicle will always give him the best view of the peloton, for example, before the start of a stage.

21 stages, 180 cyclists and 3,470-kilometre course
This year’s Tour of France covers a total distance of 3,470 kilometres. On 29 August, around 180 riders will set off for Paris from the Grand Départ in the southern French coastal city of Nice. They will face 21 stages, including eight mountain stages, four mountain climbs and an individual time trial. The route of the Tour de France includes twelve new cities and towns, including Le Teil, Chauvigny and Mantes-la-Jolie. Among the highlights of the 107th run of the cycling classic are the mountain routes, which lead the peloton through the Alps, the Pyrenees and the Vosges mountains as well as the Massif Central and the Jura. The professional cyclists will have to master the Grand Colombier, the Col de la Lusette and the Col de la Madeleine, among others. On 20 September, the peloton will reach the finish line on the Avenue des Champs-Elysées in Paris.

Due to the COVID-19 pandemic and the resulting postponement of the Tour de France, the organiser A.S.O. and the training platform Zwift jointly organised six virtual Tour de France stages. From 4 July, professional riders competed against each other, and in three of these races, amateur athletes also had the opportunity to participate virtually. ŠKODA accompanied this event digitally and raffled off a Tour de France VIP hospitality package as a prize among all those taking part. Three winners can look forward to unforgettable experiences, including a helicopter flight over the peloton.

ŠKODA Campaign ‘To the Greatest Family of all: Cyclists’
To mark this year’s Tour de France, ŠKODA has launched the 360-degree campaign ‘To the Greatest Family of all: Cyclists’. The campaign aims to communicate the passion for cycling and team spirit in the international cycling community. To achieve this, ŠKODA is not only using TV commercials and its social media channels, but also the company’s own website WeLoveCycling.com. This is where cycling enthusiasts can find lots of exciting information about the world’s most famous cycle race and enter a competition to win exclusive prizes: ŠKODA is giving away, among other things, a signed green jersey, a ŠKODA carbon bike and a place in the Tour de France hospitality package.

In addition, ŠKODA is again the exclusive partner of the official Tour de France app this year. The app enables cycling fans to stay up to date with the latest racing action at all times, even on the go. In addition to standings and a live ticker, it offers real-time GPS tracking, rider profiles and much more. The free app is available for Android and iOS

ŠKODA with a strong tradition as the ‘engine of cycling’
ŠKODA’s passion for cycling goes back to the very beginning of the company’s history. In 1895, 125 years ago, Václav Laurin and Václav Klement founded a bicycle manufactory in Mladá Boleslav, Bohemia, thus laying the foundation stone for ŠKODA AUTO as it is known today. Nowadays, the Czech car manufacturer is involved as the ‘engine of cycling’ on many levels: In addition to the Tour de France and the Tour of Spain (‘Vuelta’), ŠKODA supports other international cycling races as well as numerous national and international popular sports events. Bicycles and bicycle accessories are also an integral part of ŠKODA’s extended product range. 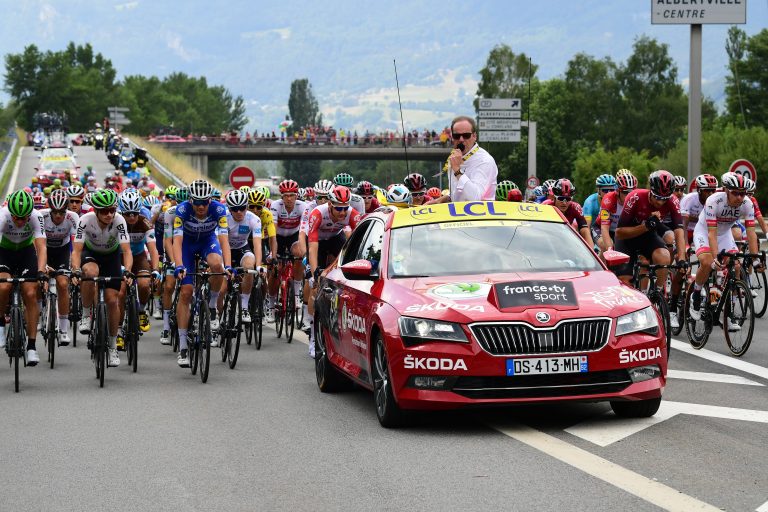 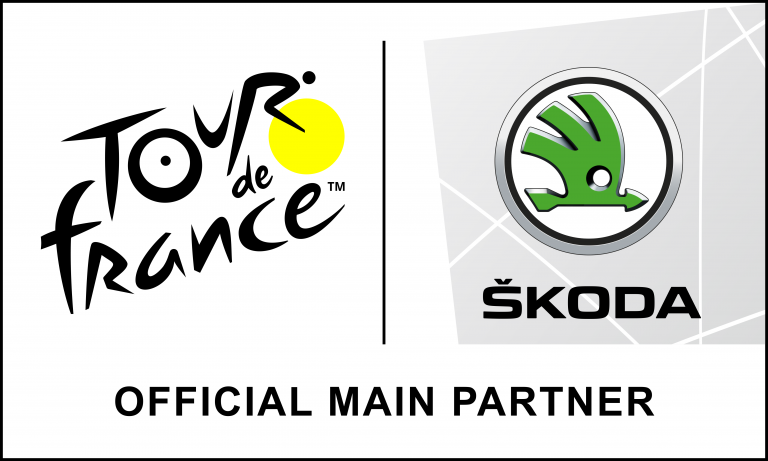