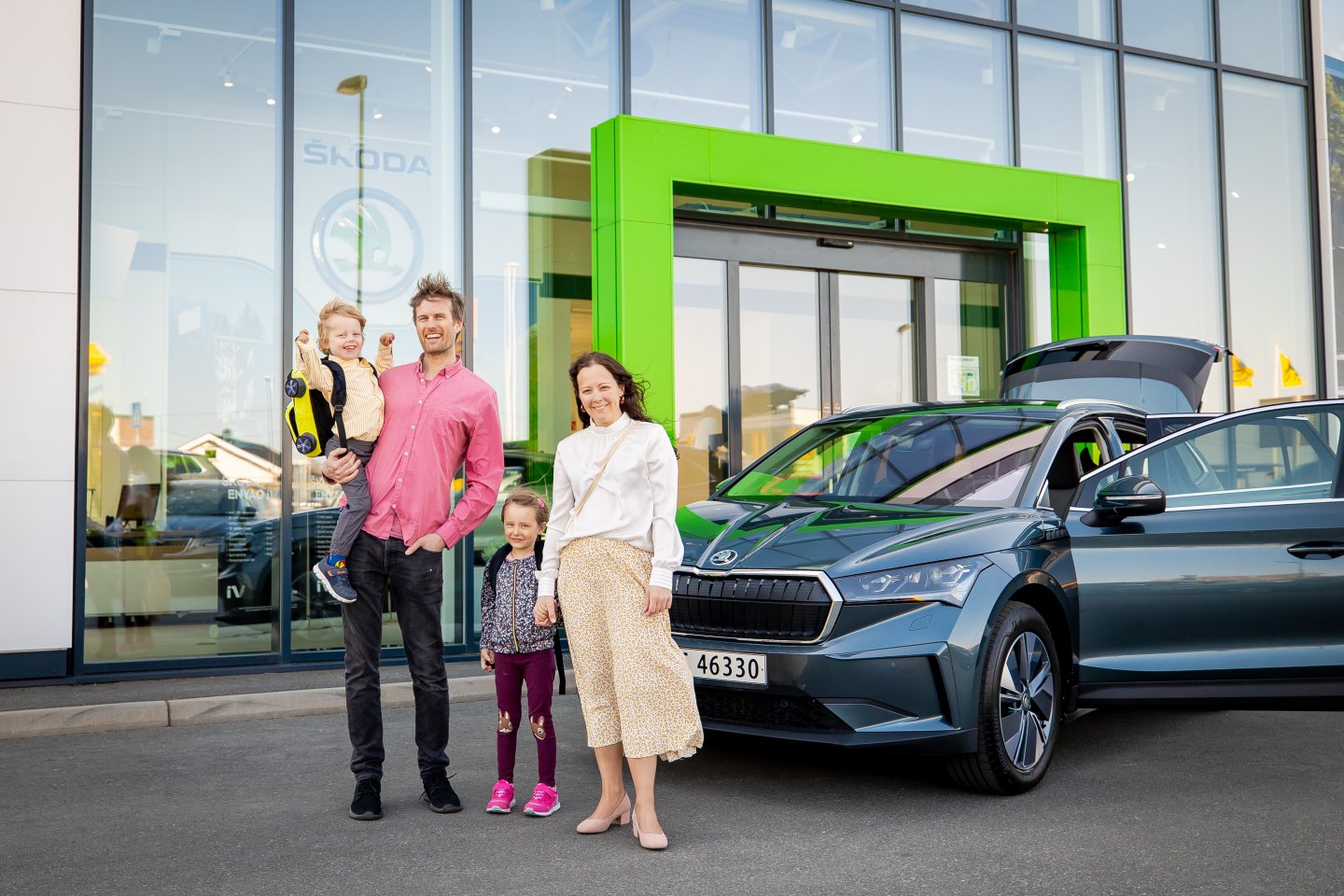 › A world-first for one Norwegian family as they receive the new ŠKODA ENYAQ iV
› Important step on the brand’s path to electromobility
› ENYAQ iV deliveries rolled out in Scandinavian markets; Western and Central Europe to follow

Mladá Boleslav/ Moss, 27 April 2021 – ŠKODA AUTO has delivered the world’s first ENYAQ iV to a family in Norway. In rolling out its first all-electric SUV, the Czech carmaker has taken the biggest step yet in its electromobility strategy. Following the start of deliveries in the Scandinavian markets, Western and Central Europe will follow in May and June 2021.

The world’s first ENYAQ iV was delivered to a customer in Norway. The vehicle was handed over to the Espelund/Talsæte family at the ŠKODA partner in Moss.

Martin Jahn, ŠKODA AUTO Board Member for Sales and Marketing, said: “Delivering the first ENYAQ iV to a customer is a very special moment for us. By rolling out this model, we are making e-mobility more mainstream. Following the market launch in Scandinavia, deliveries will start in Western and Central Europe in the next few weeks. I am delighted that our first all-electric SUV appealed to this family, and I wish them safe travels and lots of enjoyment with their new ENYAQ iV.”

Thomas Meiner, Director of ŠKODA Norway, added: “It feels great to hand over the first ENYAQ iV to its proud owners. We are sure that the coming weeks and months will see many more, happy owners of our new SUV. 2021 may well be a record-breaking year for ŠKODA in Norway, and marks a major step towards green mobility for the brand.”

The customers, Silje Talsæte and her partner Øyvind Espelund, had been toying with the idea of switching to an all-electric car for some time. The couple opted for an ENYAQ iV because of its range, amount of space, and attractive price. When they placed the order, they had only seen the model virtually, and were very impressed when it actually arrived. “I heard that the ENYAQ iV was big, but I would have never imagined that it had such a spacious interior. I am particularly happy with the large boot – a great benefit for a young family like ours,” said Øyvind Espelund.

The ENYAQ iV is the first ŠKODA production model to be based on Volkswagen Group’s MEB modular electric car platform. The SUV was awarded the top rating of five stars and the best-ever grading for occupant protection in the European New Car Assessment Programme (Euro NCAP) tests. The ENYAQ iV was also recently recognised with a Red Dot Award for its design.

Following the roll-out of deliveries in the Scandinavian markets, Western and Central Europe will follow in the coming weeks. 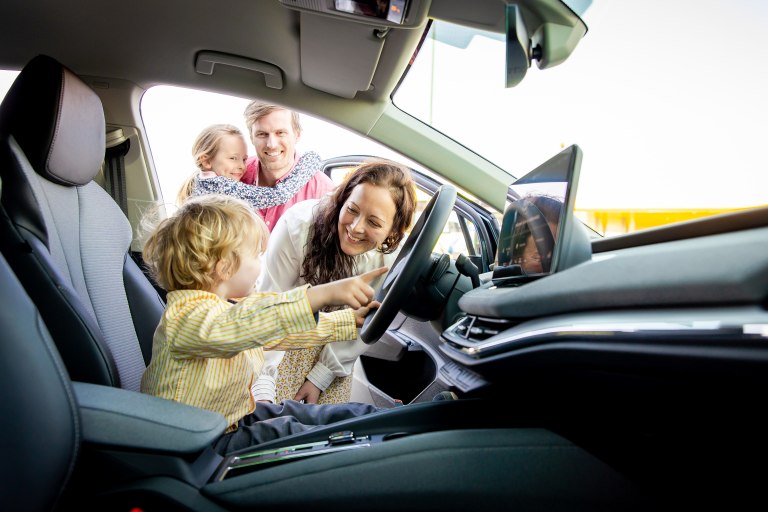 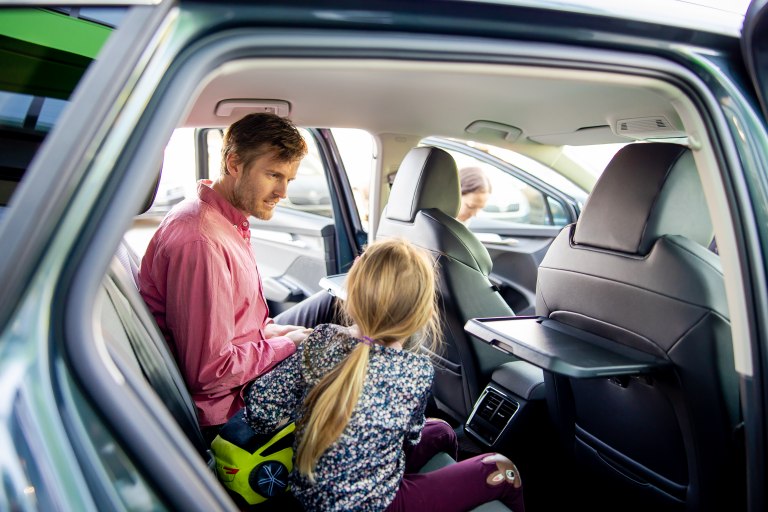 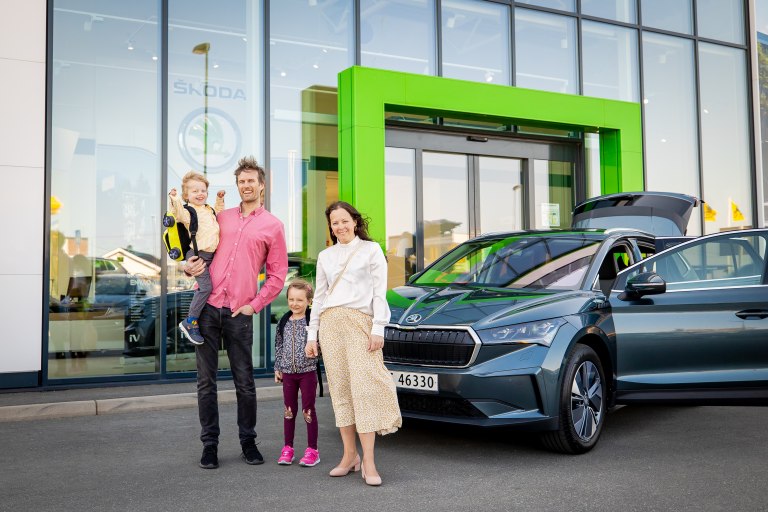