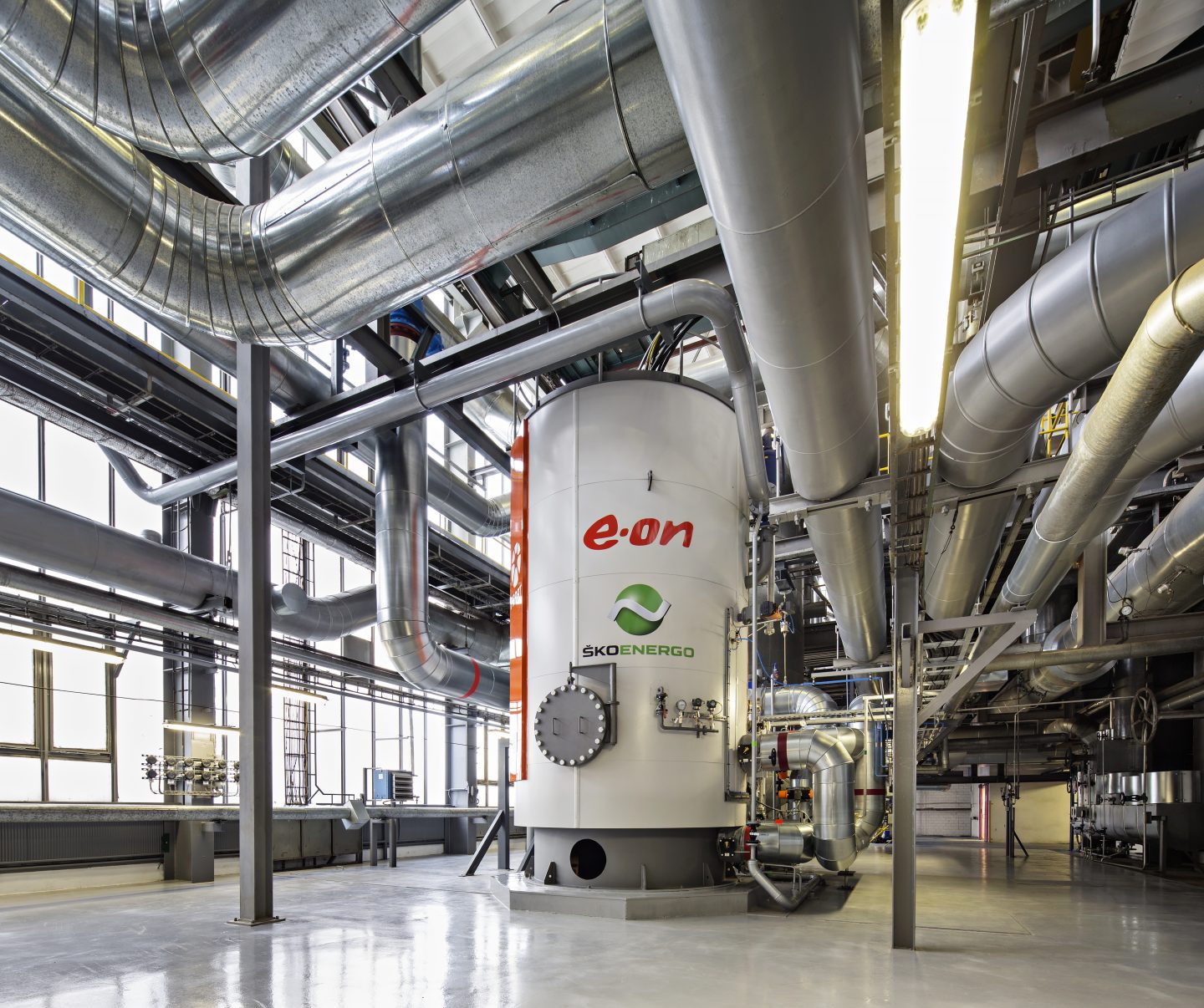 Mladá Boleslav, 4 November 2016 – The energy provider ŠKO-ENERGO, in which ŠKODA AUTO holds a 44.5% stake, has today commissioned a new electrode boiler in Mladá Boleslav. The innovative Power-to-Heat system produces environmentally friendly district heating, and at the same time serves as a buffer during peak loads in the public power grid. This once again makes ŠKO-ENERGO a pioneer in efficient and resource-efficient energy production. In addition, the company is making an important contribution to the environmental targets defined in ŠKODA AUTO’s ‘GreenFuture’ environmental strategy. Among other things, ŠKODA AUTO and the company, which has been operating for more than 20 years, have been able to halve the energy consumed in manufacturing each vehicle.

“ŠKO-ENERGO as an energy provider and supplier of energy services for ŠKODA AUTO constantly strives for innovation in the field of energy production,” says Michael Oeljeklaus, who serves as both ŠKODA AUTO Board Member for Production and Logistics and Chairman of the Supervisory Board at ŠKO-ENERGO. “ŠKO-ENERGO works closely with ŠKODA AUTO to continuously reduce the consumption of resources. By implementing the ‘Power-to-Heat’ project, ŠKO-ENERGO has achieved another significant milestone in innovation.”

The electrode boiler, designed jointly by ŠKO-ENERGO and the energy supplier E.ON Czech Republic – also a shareholder in the company, is connected to ŠKO-ENERGO’s modern thermal power station in Mladá Boleslav. The new system converts electrical energy into heat. The core is a cylindrical tank in which electrodes heat the water at a voltage of 6.3 kV. In ŠKO-ENERGO’s power-to-heat project, the electrode boiler is coupled to a heat exchanger that feeds the heat generated into the existing district heating system.

In addition to generating district heating, the capacity of the public electricity network can be regulated via the electrode boiler. If critical load peaks occur during periods of low consumption, the excess current is used to heat the boiler. In this way, the new system reduces the risk of blackouts and increases the security of the power supply in the Czech Republic and Europe.

Miroslav Žďánský, who initiated the project of the electrode boiler at ŠKO-ENERGO, explains: “With the power-to-heat project, we have once again expanded our portfolio and created a new important service for the network operator ČEPS – in an innovative and highly efficient way.” As an exclusive service provider, ČEPS operates the electricity network in the Czech Republic, which is also closely linked to the European-wide networks.

In addition to ŠKODA AUTO Board Member Michael Oeljeklaus, the leading representatives of E.ON Czech Republic, ŠKO-ENERGO and the other shareholders of ČEZ and VW Kraftwerk took part in the commissioning of the electrode boiler.

ŠKODA AUTO combines all environmental activities under the umbrella of the ‘GreenFuture’ strategy that rests on three pillars: ‘Green Product’ deals with the development of environmentally friendly vehicles – both in terms of fuel consumption as well as materials and recycling capabilities. With ‘GreenRetail’, the brand supports dealerships and workshops through environmentally friendly management. ‘GreenFactory’ summarizes all activities supporting production operations that are as resource-efficient as possible. ŠKO-ENERGO has been making an important contribution to these measures since the company was founded in mid-1995.

ŠKO-ENERGO has been ŠKODA AUTO’s energy supplier for over 20 years. The main task of the company located in Mladá Boleslav is to supply ŠKODA AUTO’s three Czech plants in Mladá Boleslav, Kvasiny and Vrchlabí with electricity, water, heat, natural gas and compressed air. In addition, residents, businesses and institutions around Mladá Boleslav are supplied with district heating. ŠKO-ENERGO’s shareholders are, in addition to ŠKODA AUTO a.s. (44.5%), VW Kraftwerk GmbH (22.5%), E.ON Czech Holding AG (21.0 %) and the energy company ČEZ a.s. (12.0%).

The increased use of biomass for generating electricity at the ŠKO-ENERGO heating power station in Mladá Boleslav has made a major contribution to the reduction of CO2 emissions. The heat and power plant generates one third of its energy from wood pellets, i.e. renewable biomass. Compared with the former use of coal and gas, this measure alone saves up to 130,000 tonnes of CO2 per year. 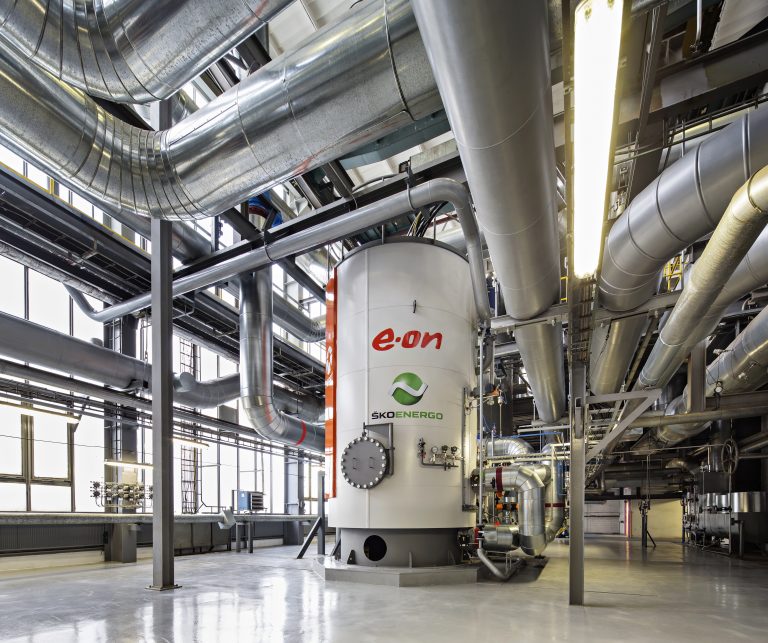