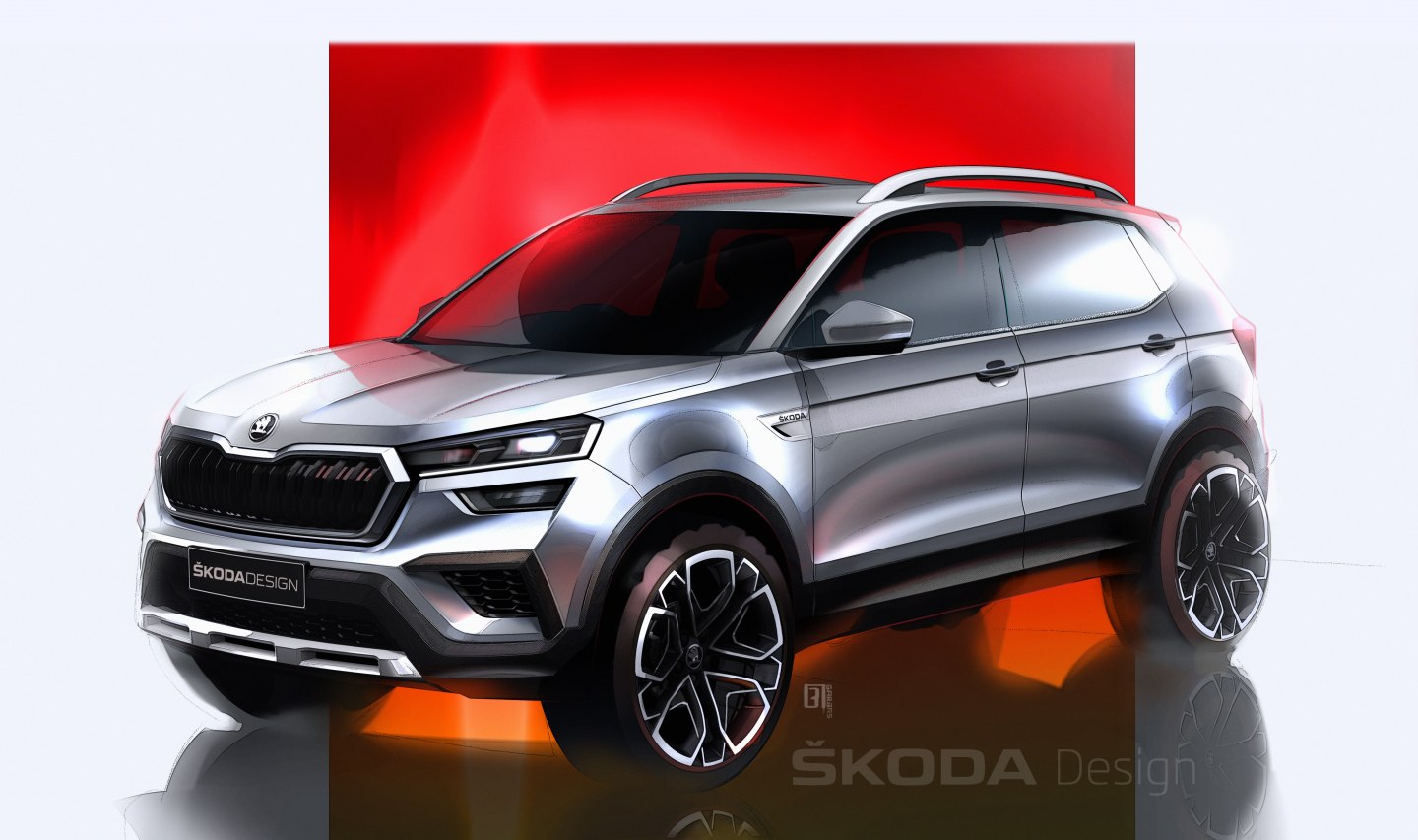 › ŠKODA incorporates the striking design of the VISION IN concept study into the series production version of the midsize SUV
› The ŠKODA KUSHAQ marks the start of the INDIA 2.0 product campaign
› The official launch of the new KUSHAQ is set for 18 March 2021

Mladá Boleslav/Pune, 18 February 2021 – ŠKODA has released two design sketches to give a detailed preview of the new KUSHAQ. The design of the midsize SUV for the Indian market draws inspiration from the bold look of the ŠKODA VISION IN concept car. ŠKODA AUTO has adapted the MQB-A0-IN version of the Volkswagen Group’s Modular Transverse Toolkit specifically for India. As part of the INDIA 2.0 product campaign, it is the first of four models from the ŠKODA and Volkswagen brands to be manufactured locally in India. The world premiere of the ŠKODA KUSHAQ will take place on 18 March 2021.

The first design sketch shows the powerful front of the new ŠKODA KUSHAQ, whose name is derived from the ancient Indian language of Sanskrit. The word ‘Kushak’ means king or emperor. The sharply cut, two-part front headlights, which extend to the wide ŠKODA grille, create a prominent appearance. The impressive front bumper with underride protection emphasises the athletic look of the SUV.

The second sketch shows the rear of the new ŠKODA KUSHAQ, which has a clear structure and is framed by an elongated roof spoiler and a rugged rear diffuser in the bumper. The taillights of the midsize SUV feature the brand’s trademark crystalline structures, and the ŠKODA lettering appears in block capitals on the tailgate.

In terms of technology, the ŠKODA KUSHAQ and the other upcoming volume models are based on the locally developed and produced MQB-A0-IN platform. This already complies with the new, stricter safety and emission requirements in India. With a planned 95 per cent localisation level for the new vehicles, the technical development is being carried out at ŠKODA AUTO’s Technology Centre in Pune. 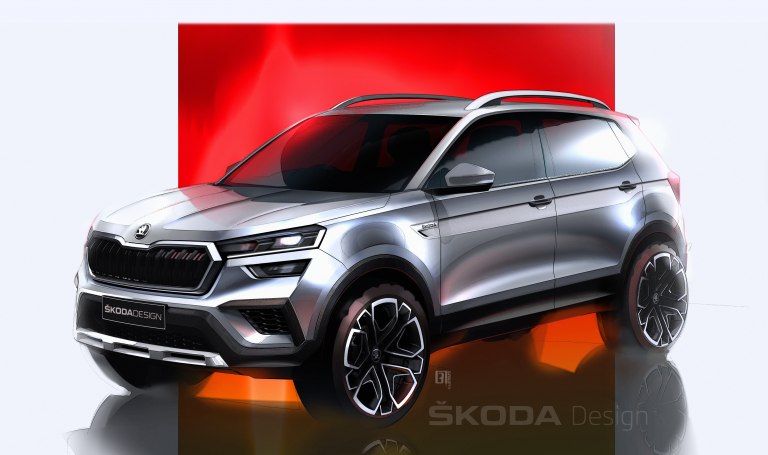 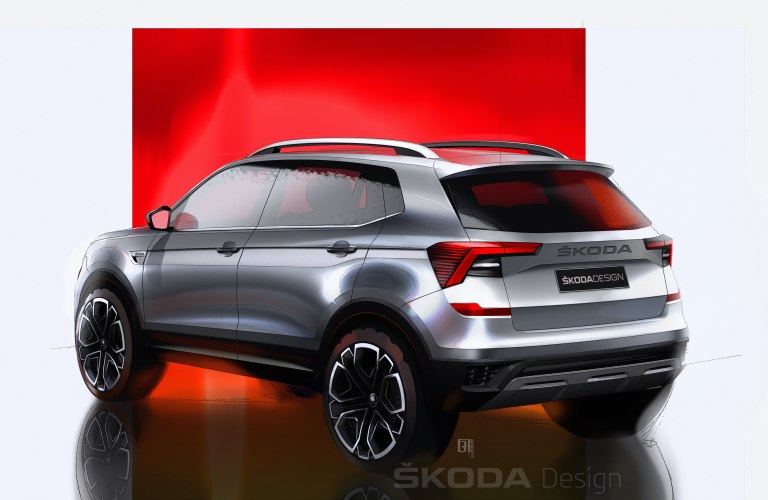