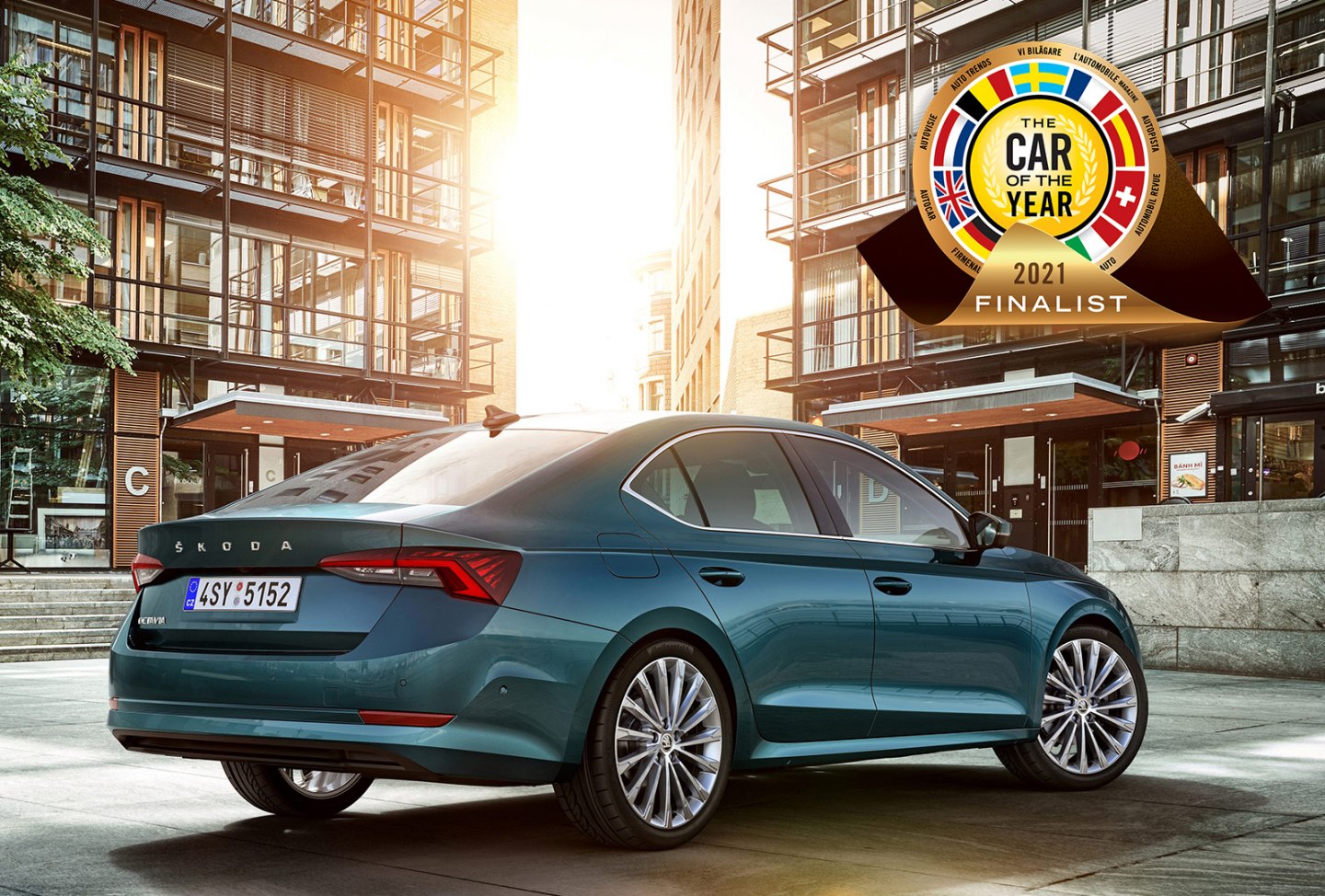 › ŠKODA best-seller’s fourth generation among the seven finalists for the year 2021
› Jury composed of 60 motoring journalists from 23 European countries, with the number of members per country corresponding to the size of each market
› Internationally renowned annual award was first established in 1964

Mladá Boleslav, 11 January 2021 – The all-new ŠKODA OCTAVIA is in the running for its next international honours. The fourth generation of the ŠKODA best-seller has been short-listed for this year’s edition of the prestigious “Car of the Year” award. From an initial field of 29 new cars launched on the international markets during the past twelve months, the ŠKODA OCTAVIA made it into the final. This is where the seven remaining models are presented to an international expert jury, with 60 motoring journalists from 23 European countries casting their votes. The annual award was first established in 1964. The “2021 Car of the Year” will be announced on 1 March. In the last quarter of 2020, the OCTAVIA already succeeded in collecting renowned awards in the key export markets of the UK , Austria, Germany and Switzerland.

The “Car of the Year” award, one of the major honours of the European car industry, was first established in 1964. It is run by nine motoring publications from nine European countries. Each year, all new vehicle models offered in at least five European markets during the twelve months leading up to the vote are eligible for the award. This is how the field of competitors for the “2021 Car of the Year” title came to consist of 29 different models, from which seven finalists have now been chosen, in line with established practice. This is the second time the ŠKODA OCTAVIA has been short-listed, following the appearance in the final of its third generation in 2014. The jury is composed of 60 motoring journalists from 23 European countries, with the number of members per country corresponding to the size of each market: Germany, France, the UK, Italy and Spain are each represented by six jury members.

At over seven million vehicles produced to date, the ŠKODA OCTAVIA is delivered to more customers than any other model made by the Czech manufacturer. In its all-new, fourth generation, the best-seller is more economical and eco-friendly than ever before, as ŠKODA now offers it with a wider range of powertrains than at any other point in the model’s history. It is available in saloon and COMBI estate format, with efficient petrol and diesel engines and a natural gas (CNG) version, as well as plug‑in hybrid and mild-hybrid technology and either front-wheel or all-wheel drive. Power output ranges from 81 kW (110 PS) to 180 kW (245 PS). Compared to its predecessor, the new OCTAVIA boasts a more emotive and dynamic design, an even more generous interior and superior comfort, combined with maximum active and passive safety and advanced connectivity features. Like every ŠKODA, it also delivers outstanding functionality, enhanced by many clever details.

The OCTAVIA already gathered a plethora of international awards last year
In the last quarter of 2020 alone, the all-new OCTAVIA won four prestigious awards in key export markets – the UK, Austria, Germany and Switzerland. In the UK, “Auto Express” magazine declared it its “Car of the Year”; in addition, the OCTAVIA won the “Compact Family Car” category in the “Auto Express New Car Awards”, while the “Estate Car” title went to the OCTAVIA COMBI. At the ARBÖ Austrian Automobile Association’s “Car of the Year” awards, the OCTAVIA was the winner in the “Medium” category, for vehicles costing from 20,001 to 50,000 euros. In the “Auto Trophy 2020” awards of German car magazine “Auto Zeitung”, the ŠKODA OCTAVIA scored a double, being voted the favourite import car in the compact class and seeing the ŠKODA OCTAVIA RS win the “Best Compact Sports Car – Imports” title on top of that. In Switzerland, readers and online users of several publications, among them “Schweizer Illustrierte” and “Blick”, made the OCTAVIA “Switzerland’s Favourite Car of 2021”. Back in June 2020, the best-selling ŠKODA model had already taken the top spot in readers’ polls in German all-wheel drive magazine “Auto Bild Allrad” and “AUTO Straßenverkehr”, being crowned “AWD Car of the Year” in the category up to 40,000 euros and “Family Car of the Year” in the “Best Design” category for vehicles costing up to 25,000 euros. 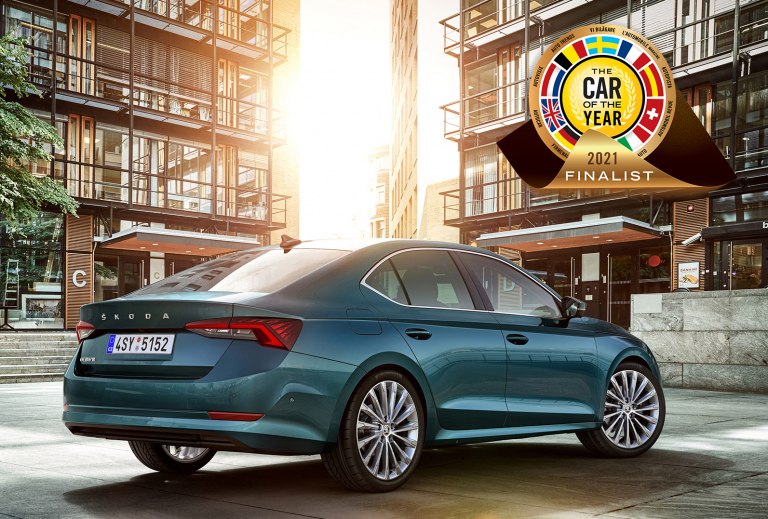 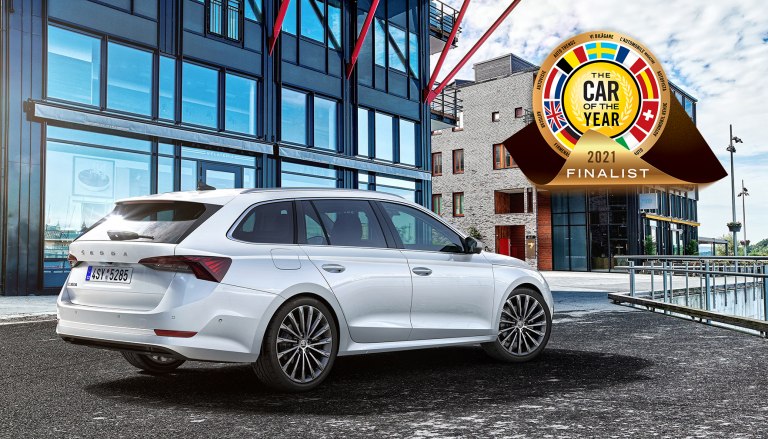 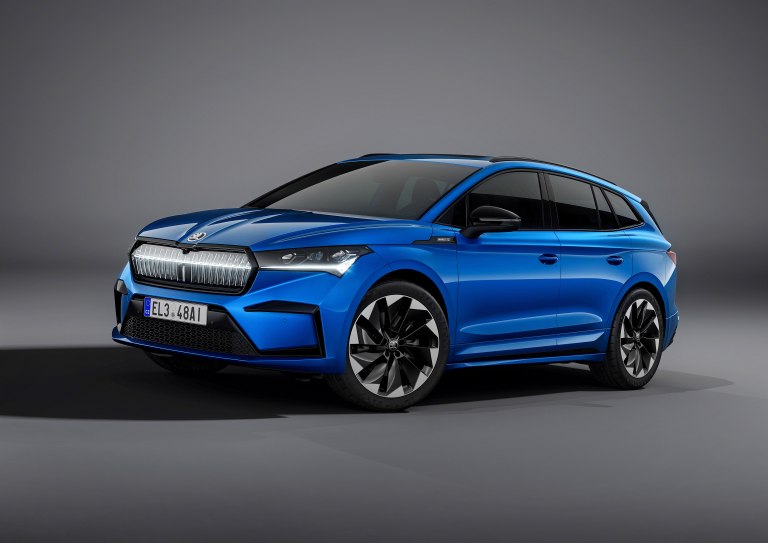