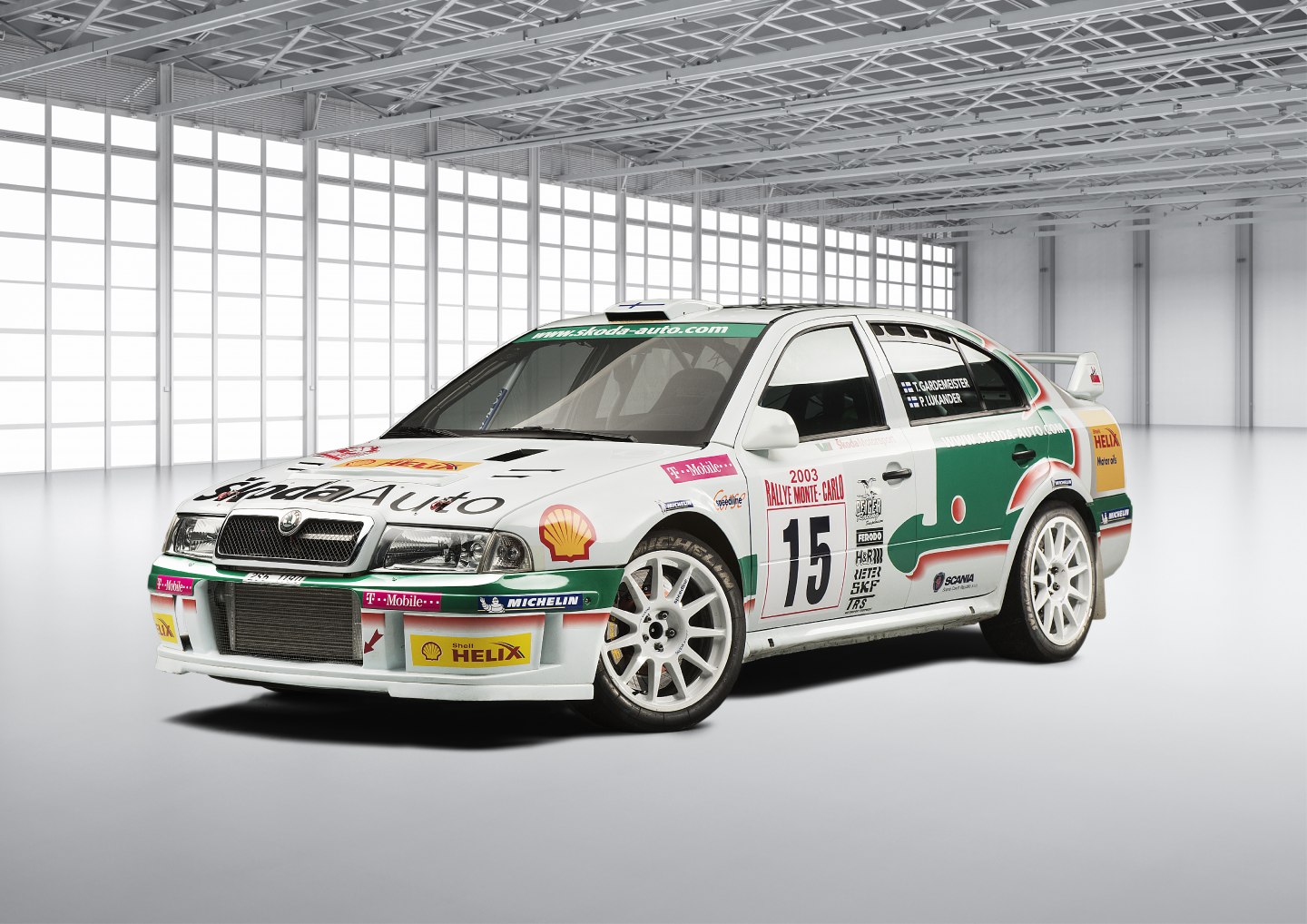 › After the successful era of the front-wheel drive FAVORIT and FELICIA, the ŠKODA OCTAVIA WRC was the first rally car from Mladá Boleslav with two driven axles
› The OCTAVIA WRC was fast, robust and reliable – characteristics that helped it achieve numerous successes
› Engine output of 300 hp with a torque of up to 600 Nm
› Armin Schwarz’s third place in the 2001 Safari Rally and victories in three seasons of the domestic rally championship are among the OCTAVIA WRC’s greatest achievements

Mladá Boleslav, 25 November 2021 – ŠKODA presented the first generation of the modern OCTAVIA in 1996. The new series marked another important step for the Czech car manufacturer after the FELICIA in 1994 and established the brand’s current bestseller as a benchmark in the compact segment. ŠKODA also underlined its high ambitions for the OCTAVIA in international rallying by introducing the OCTAVIA WRC.

Following the great successes of the ŠKODA FAVORIT in the World Cup for vehicles with one driven axle, naturally aspirated engine and displacement of less than two litres (the so-called F2 class) and the numerous victories of the ŠKODA FELICIA Kit Car, the ŠKODA Motorsport works team sought to demonstrate its skills in the highest class of international rallying.

The International Automobile Federation’s (FIA) decision to open the WRC (World Rally Car) category in 1997 came at just the right time for ŠKODA, who had launched the first generation of the modern ŠKODA OCTAVIA the year before. In contrast to the previous Group A regulations, manufacturers could now also compete without needing to build supercharged special vehicles with four-wheel drive. In addition, limited road versions of the respective vehicle were no longer required for a successful homologation; the racing car simply needed to be based on a series‑production model.

The ŠKODA Motorsport team faced a number of challenges in building the OCTAVIA WRC. The only experience of modifying the new compact model had been from developing the ŠKODA OCTAVIA KIT CAR with front-wheel drive. For the team, being able to use components from the company’s shelves and fall back on proven, high-quality components to build the racing car proved to be a great advantage, especially under these circumstances.

The ŠKODA OCTAVIA WRC was powered by a turbocharged two-litre engine with five-valve technology. It produced 221 kW (300 hp); the torque was initially 500 Nm at 3,250 rpm, subsequently rising to 600 Nm. The car’s kerb weight was 1,230 kg, which was the minimum specified in the regulations. In combination with all-wheel drive, this made the OCTAVIA WRC the most dynamic racing car up to that point in ŠKODA’s motorsport history. The technicians began testing the first copies as early as 1998, struggling with the scheduling of the new car’s first official entry in the World Rally Championship.

The number one driver of the new ŠKODA OCTAVIA WRC was the experienced German racer Armin Schwarz, who was considered the best test driver in the rally scene at the time. His experience and intuition proved decisive in fine-tuning the OCTAVIA WRC. The second driver was one of the two proven Czech drivers Pavel Sibera or Emil Triner, depending on which track the respective rally was held at.

The ŠKODA OCTAVIA WRC made its debut at the legendary Monte Carlo Rally in 1999. The car manufacturer used the first season to make further adjustments to the vehicle’s set-up and gain valuable experience. At the last race of the season, the famous British RAC Rally, the Belgian Bruno Thiry almost achieved a podium finish, placing fourth overall. Within just one season, the OCTAVIA WRC had progressed from being an absolute newcomer on the grid to a formidable contender.

The ŠKODA OCTAVIA WRC has secured a firm place in the history of ŠKODA Motorsport as well as enhancing the brand’s image: it achieved victories in special stages, clinched podium finishes (Armin Schwarz, 3rd place overall in the 2001 Safari Rally) and proved its reliability countless times on the international rally tracks. This strengthened ŠKODA Motorsport’s position on the WRC circuits and prepared the ground for the development of the next racing car in the WRC, the highest class of rallying. 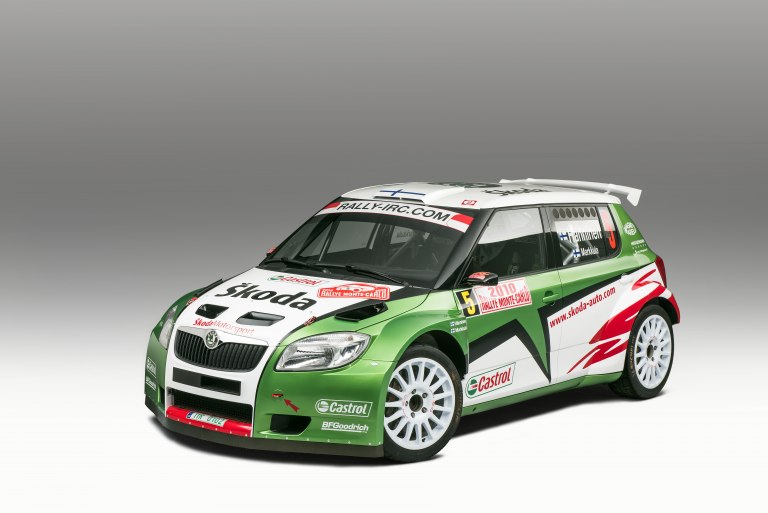 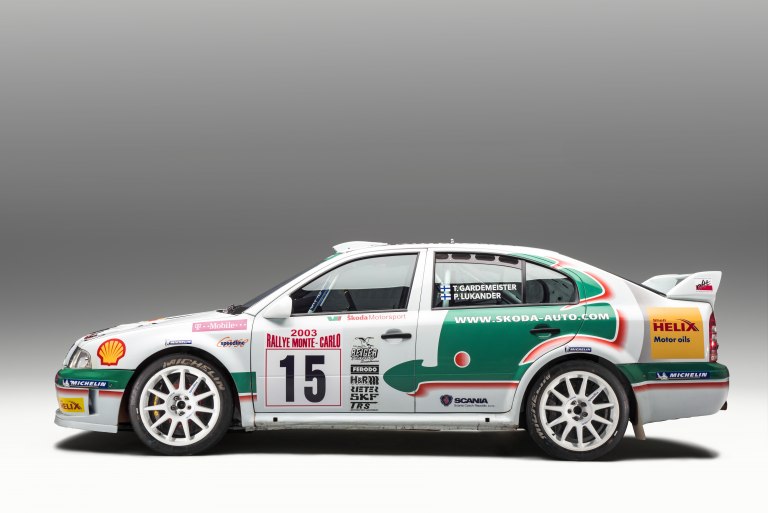 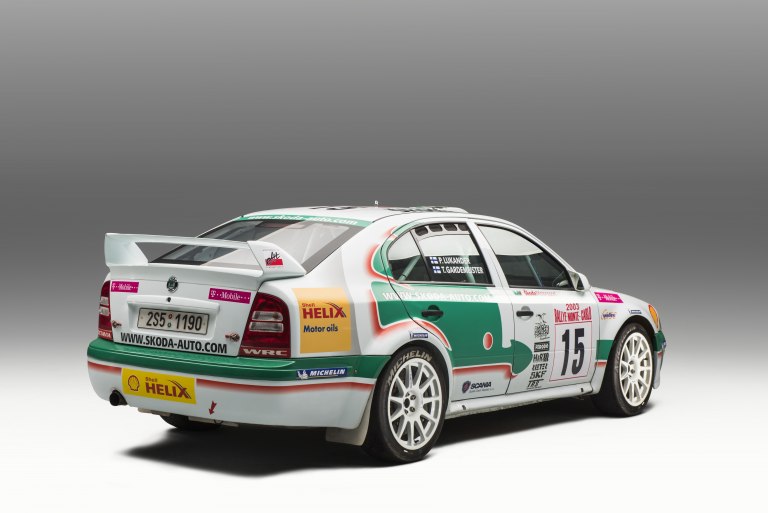 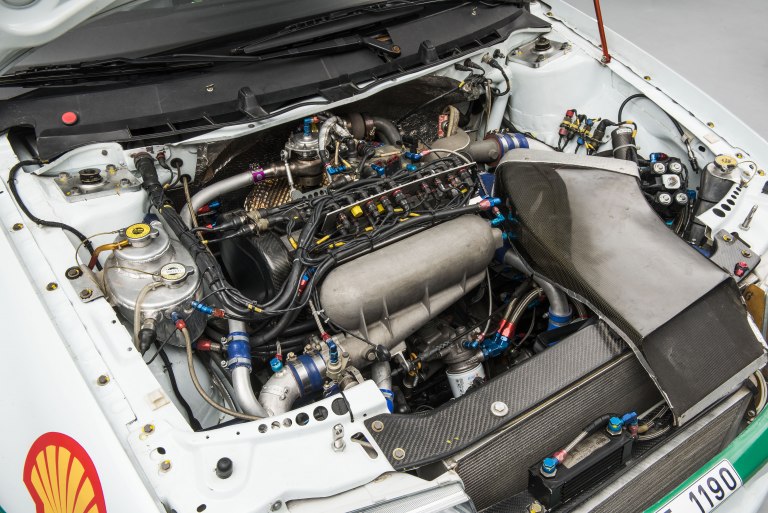