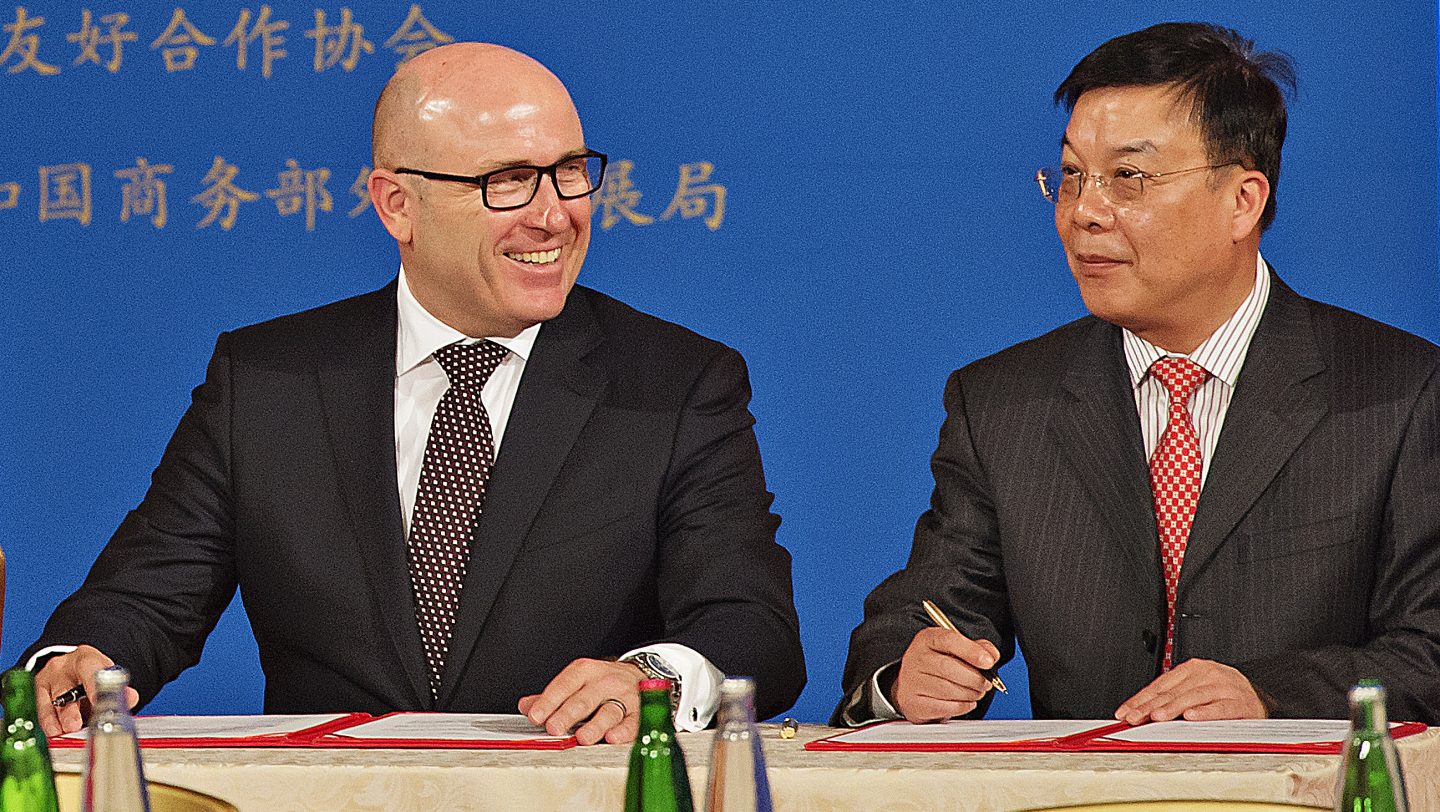 Mladá Boleslav, 30 March 2016 – ŠKODA will be strengthening their presence on the Chinese automobile market in cooperation with its longstanding Chinese joint venture partner SAIC VOLKSWAGEN Automotive Company Limited. This will involve expanding the model range and investing in pioneering automotive technologies. On the occasion of a state visit of the Chinese President Xi Jinping to the Czech Republic on 29 and 30 March 2016, a memorandum was signed among VOLKSWAGEN, SAIC MOTOR CORPORATION LIMITED and ŠKODA AUTO in the presence of the Chinese and Czech President. Under the agreement, Joint Venture SAIC VOLKSWAGEN Automotive Company Limited plans to invest around EUR 2 billion over the next five years in the development of ŠKODA’s model range in China. This amount also includes expenditures for pioneering electric drive concepts, the connectivity of ŠKODA cars to the Internet and the digitization of individual mobility. In addition, the companies VOLKSWAGEN, SAIC MOTOR CORPORATION LIMITED and ŠKODA AUTO also determined that, subject to approval by the Chinese authorities, ŠKODA would assume an equity position in Joint Venture SAIC VOLKSWAGEN Automotive Company Limited.

“Since entering the market nine years ago, ŠKODA AUTO has made some very positive developments on the Chinese auto market, which has since become our largest single market,” says ŠKODA CEO Bernhard Maier. “We owe this success to our attractive model range and the very constructive and friendly cooperation with our longstanding Chinese partner SAIC VOLKSWAGEN Automotive Company Limited,” said Maier. “With today’s agreement we’ll be strengthening our brand’s presence on the Chinese market. In the coming years, we’ll rapidly expand ŠKODA’s offering to include forward-looking vehicle concepts and modern technology. Our aim is to double ŠKODA deliveries in China by 2020. For this, we’re now laying the foundations together with SAIC Volkswagen.” The focus will be on expanding ŠKODA’s model range and investing in pioneering automotive technologies. The show car VisionS recently gave the start signal for the SUV campaign as well as innovative electric drive systems on the Chinese market. With respect to ŠKODA’s planned equity interest in the Chinese Joint Venture, Maier said: “We are pleased that we will be able to significantly strengthen our brand’s presence in the Chinese market through this interest in the Joint Venture SAIC VOLKSWAGEN Automotive Company Limited. The equity interest in the company is the basis for the independent branding of ŠKODA cars and consequently the ŠKODA brand’s profiled staging in China.”

ŠKODA is currently preparing a comprehensive SUV campaign for the Chinese market with the Joint Venture partner. In relation to this, the ŠKODA VisionS design study will be presented to the Chinese public for the first time at the end of April at the automotive show in Beijing. The VisionS provides a glimpse of the new large SUV ŠKODA model whose launch in China is planned for the first half 2017. As part of the SUV campaign, another body variant of ŠKODA’s large SUV is already in development. In addition, the brand intends to bring out a crossover utility vehicle (CUV) for China.

Chinese customers’ interest in modern SUVs has been demonstrated through the sales of the ŠKODA Yeti, which is produced at the Anting plant with a six-centimetre longer wheelbase compared to the European version, increasing more than 300% in the first two months of 2016 compared to the same period last year.

“With their passionate commitment to China, ŠKODA and the Joint Venture SAIC VOLKSWAGEN Automotive Company Limited play an important role in the Group’s strategy,” says Prof. Dr. Jochem Heizmann, Member of the Board of Volkswagen AG, and President and CEO of the Volkswagen Group China. “The investment of around two billion euros is a strong signal for the future research and development of new vehicle concepts and environmentally friendly technologies in China. The agreement between the two partners is an important step towards the future.”

ŠKODA was one of the car pioneers on the Chinese market. As early as 1936, the brand maintained five commercial agencies in China. In more recent years, ŠKODA AUTO relaunched vehicle production in China in mid-2007 with ŠKODA Octavia – the heart of the brand. In close cooperation with their partner SAIC VOLKSWAGEN Automotive Company Limited the production of the small car Fabia began the following year at the plant in Anting near Shanghai. The millionth ŠKODA produced in China rolled off the production line in July 2013. The Czech automobile manufacturer’s models are currently built also at the Chinese SAIC VOLKSWAGEN plants in Nanjing, Yizheng and Ningbo. To date, the company has sold over 1.7 million vehicles in China. By assuming an equity position in the SAIC VOLKSWAGEN Automotive Company Limited, ŠKODA is again broadening the company’s position in China.

Since 2007, ŠKODA’s deliveries to customers in China have increased from 27,300 to 281,700 vehicles in 2015. This currently corresponds to around a quarter of the brand’s total sales. China has been the most important single market worldwide for ŠKODA since 2010. In 2012 the Czech automaker had three series on the Chinese market; now the traditional brand has six different model series – from the ŠKODA Fabia through to the new ŠKODA Superb. 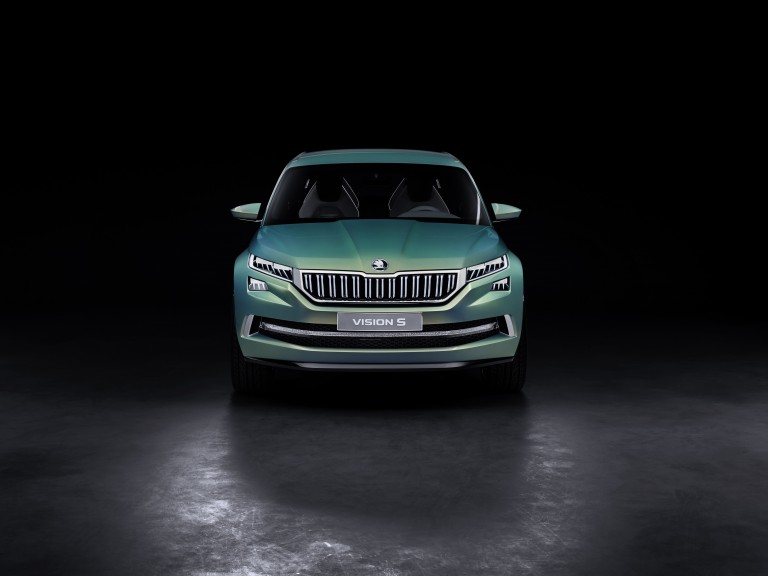