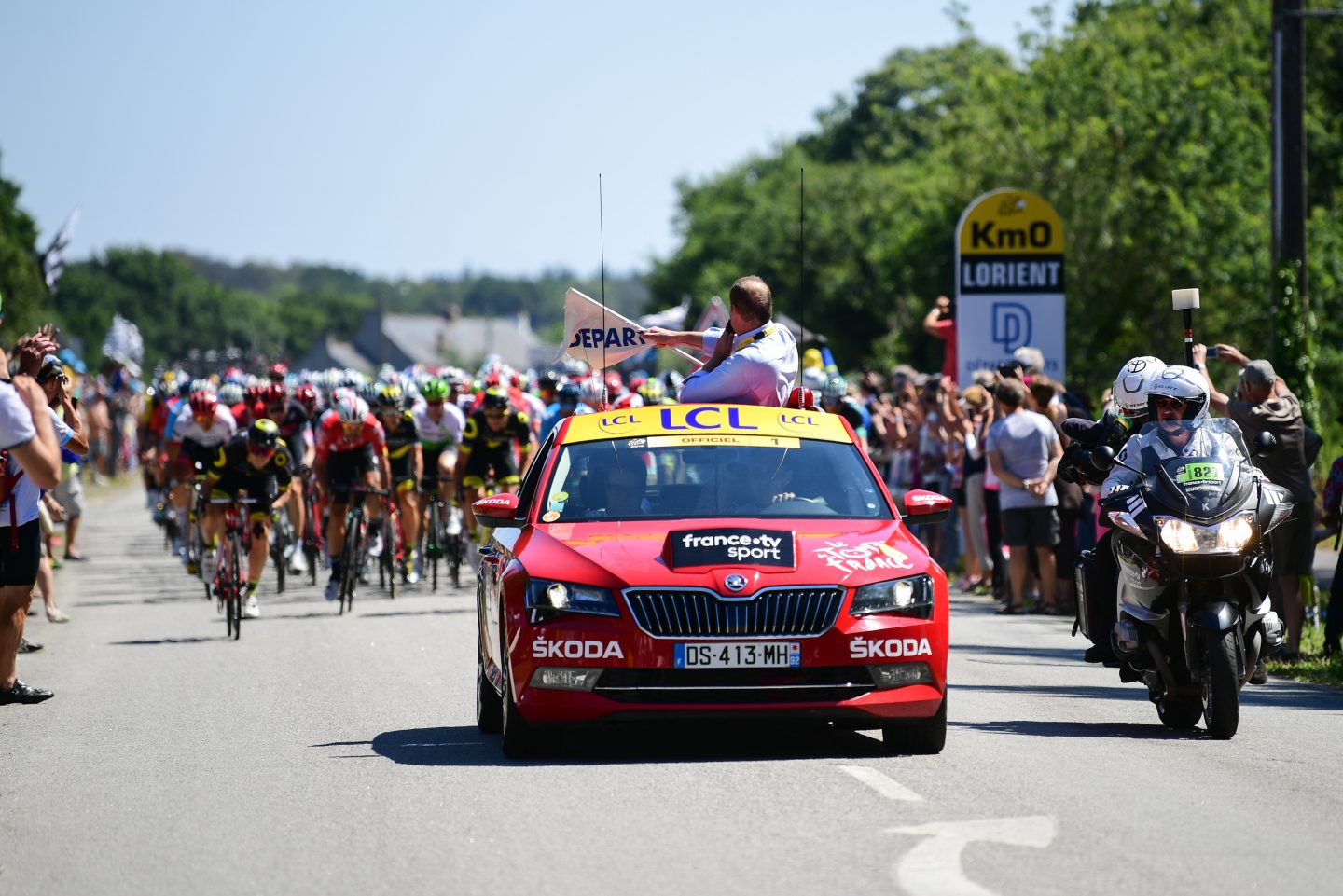 Mladá Boleslav, 27 June 2019 – ŠKODA is supporting the Tour de France for the 16th time this year as the official main sponsor and vehicle partner. The car manufacturer will be providing 250 vehicles to the organisers and race management. Leading the peloton will be a ŠKODA SUPERB serving as the ‘Red Car’ to Tour Director Christian Prudhomme. ŠKODA is also sponsoring the Green Jersey; for the fifth consecutive time, the car manufacturer’s logo will be featured on the jersey of the leader in the points classification in the Tour de France. Cycling fans can stay up-to-date with all the racing action by downloading the official Tour de France app ‘powered by ŠKODA’.

Alain Favey, ŠKODA AUTO Board Member for Sales and Marketing, emphasises: “As the official main partner of the Tour de France, we are presenting our brand to millions of cycling fans and sports enthusiasts during one of the most emotional sporting events in the world. In March, we extended our long-term partnership with Tour de France organiser A.S.O. for another five years to 2023. In doing so, we have laid the foundation for our continued mutual success and underline once again the central importance of cycling and the Tour de France to our sports sponsorship.”

ŠKODA is represented as the official main sponsor and vehicle partner during the prestigious cycling event. The Czech car manufacturer is supporting the annual event this year for the 16th time with vehicles for the organisers and race management. The fleet includes 250 cars, including the SUV models KODIAQ and KAROQ, as well as the bestseller OCTAVIA and the top model SUPERB.

The peloton will once again be led by a very special ŠKODA vehicle this year. The red ŠKODA SUPERB is tour director Christian Prudhomme’s mobile control centre, from which he can direct the race with the help of sophisticated communication technology. The ŠKODA SUPERB is the only vehicle in the field to cross the finish line with the riders.

106th Tour de France runs from 6 to 28 July
For the Grand Départ of the 106th run of the traditional cycle race, the international cycling elite will gather in the Belgian capital of Brussels on 6 July as a tribute to five-time Tour winner Eddy Merckx. With a total of 34 stage victories, the Belgian is still a record holder in this discipline. The route, totalling 3,640 kilometres, takes the peloton of 176 riders over 21 stages. The highlights of the race include mountain routes in the Alps, where the professionals will master the climbs of the Col de Cars, Col d’Izoard and Col du Galibier. The field will reach the finish line on the famous boulevard Champs-Elysées in Paris on 28 July.

ŠKODA campaign ‘To the Greatest Family of all: Cyclists’ – win a VIP trip to the Tour
For this year’s major cycling event, ŠKODA has launched the new 360-degree campaign ‘To the Greatest Family of all: Cyclists’. It conveys the passion as well as the spirit of comradery and dynamism within the global cycling community. The campaign is being publicised on television and social media channels on Facebook, YouTube and Instagram. The carmaker’s importers are using the company’s website WeLoveCycling.com to promote the campaign internationally. In addition to lots of other information about the largest bicycle race in the world, cycling enthusiasts will be able to enter a competition on the website: ŠKODA is offering fans the chance to experience the Tour de France live, giving away an exclusive VIP trip.

ŠKODA is also the exclusive partner of the official Tour de France app, enabling cycling fans to stay up-to-date on the go. In addition to current rankings and a live ticker, it also offers real-time GPS tracking, rider profiles and much more. The app is free and available for Android and iOS.

ŠKODA’s history begins with the bicycle
ŠKODA’s passion for cycling goes back to the beginnings of the company. In 1895 Václav Laurin and Václav Klement founded a bicycle factory in the Bohemian town of Mladá Boleslav. Just ten years later, the young company’s first automobile rolled out of the factory halls – the Voiturette A. Laurin & Klement merged with ŠKODA in 1925. As well as the Tour de France and the Tour of Spain (‘Vuelta’), the Czech car manufacturer supports numerous other international cycling events as well as national and international popular sports events. Bike accessories are also an integral part of the brand’s extended product range. 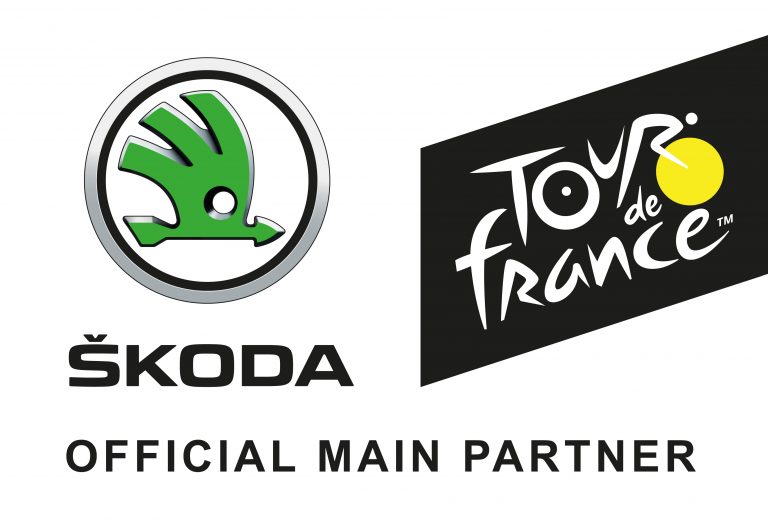