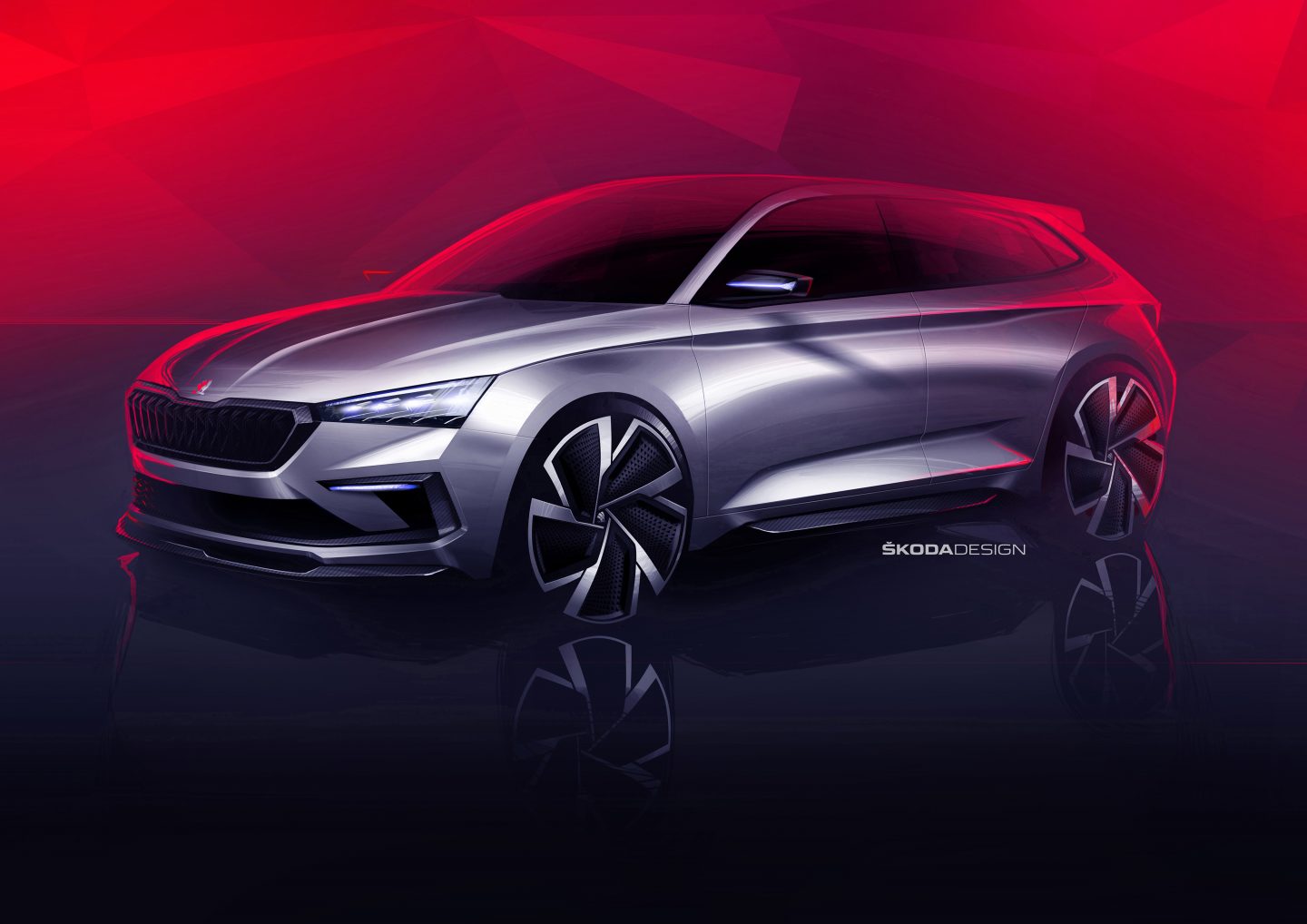 Mladá Boleslav, 30 August 2018 – With the debut of the ŠKODA VISION RS concept at the 2018 Paris Motor Show ŠKODA will provide a first glimpse of a future compact car while ringing in the next design phase for its sporting RS model range. Ahead of the world premiere in October, the Czech brand is releasing a design sketches aimed at conveying a first impression of this dynamic concept car. In addition, a video illustrates how the ŠKODA VISION RS is taking shape in the design department headed by lead designer Oliver Stefani.

Even the rough sketches reveals that a key part of this vehicle concept is about aerodynamics. The front is precisely defined. With its slim headlights, it feels very dynamic. The rear is dominated by a diffuser and an aerodynamically optimised roof spoiler. The ŠKODA VISION RS is 4,356 millimetres long and 1,810 millimetres wide, with a height of just 1,431 millimetres and a wheelbase of 2,650 millimetres. Incorporating clear motor racing references, this car conveys a taste of the next design phase of the RS performance models while building on ŠKODA’s 117-year-old motorsport tradition. The RS letter combination was first introduced in 1974 for the 180 RS and 200 RS rally sports cars. Following the success of the 130 RS, it became known all over the world. Since 2000, it has been used to identify the performance variants of various ŠKODA model series.

Exclusive look behind doors that are usually shut
The home of ŠKODA Design is a villa built in 1890 on the banks of the Jizera river in the Česana area of Mladá Boleslav. It’s part of the advanced and tightly guarded ŠKODA AUTO Technology Centre, which was moved to Česana in 2008 and modernised again in 2015. This is where futurist technology and tradition meet in idyllic surroundings to generate a very special atmosphere conducive to creative work. And it is here that lead designer Oliver Stefani, along with 150 employees from 26 countries, is developing the ŠKODA design language of the future. The villa was once the private residence of textile manufacturer Franz Hiller. During the 19th century, the site first came to house textile production plants. Parts manufacturing for ŠKODA vehicles arrived in the mid-20th century.

In the video, the camera flies towards the Design villa. With deft strokes and inspired by the historic ŠKODA 130 RS rally car, a designer sat in the villa’s courtyard sketches an athletic compact car on a tablet, with precise, flowing lines and distinctive contours – the ŠKODA VISION RS. 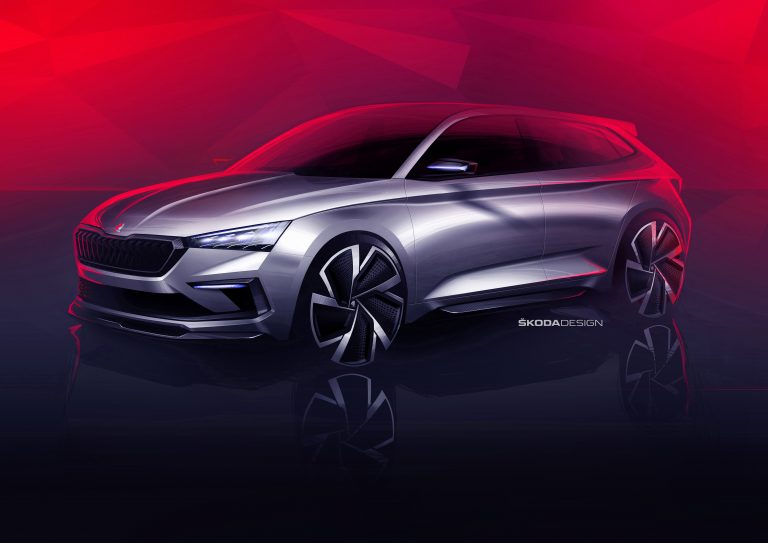 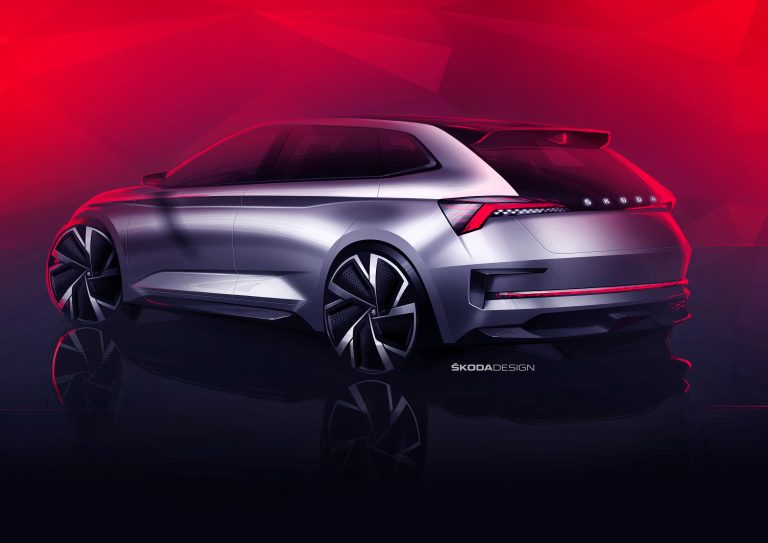