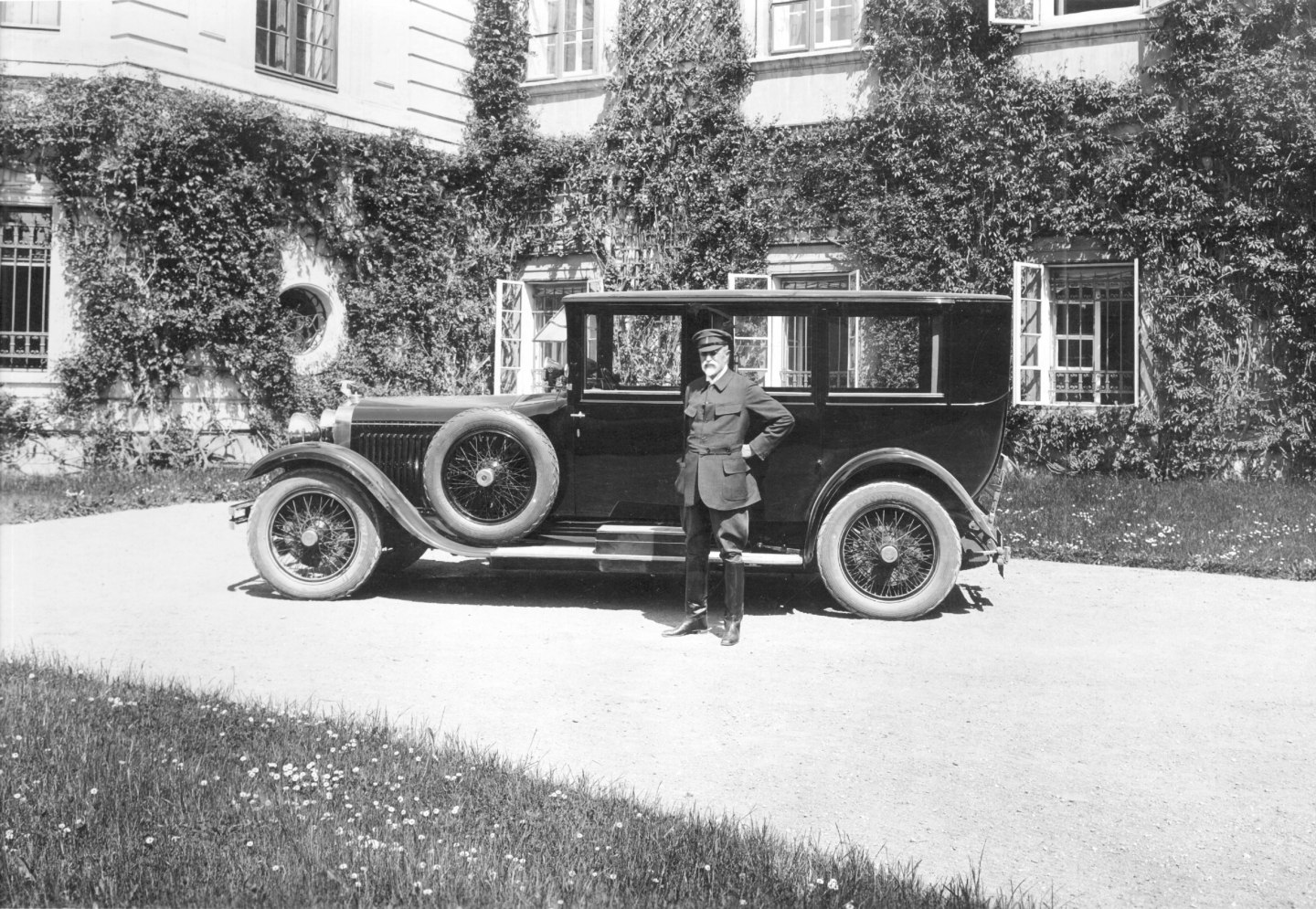 › 95 years ago today, a delivery note was issued for the first ŠKODA Hispano-Suiza – the limousine of the first president of Czechoslovakia
› Tomáš Garrigue Masaryk used this model as an official car from 1926 to 1936, longer than any other vehicle during his term of office
› The Hispano-Suiza featured numerous cutting-edge technologies of its day: powerful OHC six-cylinder, brake booster with progressive response, top speed of 130 km/h
› Tomáš Garrigue Masaryk (1850 – 1937) was the co-founder and first president (1918 – 1935) of Czechoslovakia.

Mladá Boleslav, 10 May 2021 – The Mladá Boleslav automaker has traditionally been closely associated with Czech statehood. Tomáš Garrigue Masaryk, co-founder and first president of Czechoslovakia, returned from exile in a Laurin & Klement model series M. 95 years ago, on 10 May 1926, a delivery note was issued for his new official car – the prestigious ŠKODA Hispano-Suiza limousine. The president kept the impressive model with a six-cylinder, 6.6-litre engine in his fleet for almost ten years – longer than any of his other vehicles.

Tomáš Garrigue Masaryk (1850 – 1937) was the co-founder and first president of the Czechoslovak Republic from 1918 to 1935. Coming from a poor background, he received his habilitation in Vienna and became a professor of philosophy in Prague at the age of 32. As a member of parliament in Vienna, he campaigned for the democratisation of the monarchy. He gained international recognition for his fight against antisemitism, among other things. A deeply religious Protestant, he was committed to the separation of church and state and resolutely opposed totalitarian regimes. During his exile in the First World War, he won the support of his allies for the establishment of an independent Czechoslovakia before becoming its head of state from 1918 to 1935.

Immediately after his return from exile, the then 68-year-old Masaryk used an open-top Laurin & Klement model of the M series decorated with flowers for his victory drive through Prague on 21 December 1918. On 3 May 1919, Václav Laurin and Václav Klement personally welcomed the President to their automobile factory in Mladá Boleslav. During this tour of the factory, Masaryk, influenced by his stay in America, spoke in favour of developing affordable vehicles for the general population.

ŠKODA Hispano-Suiza: 10 years in the service of Tomáš Garrigue Masaryk
Throughout his political career, Tomáš Garrigue Masaryk relied on Czech manufacturers to build his official cars, using the ŠKODA Hispano-Suiza for the longest time. The delivery note for the President’s office was issued on Monday, 10 May 1926. The prestigious limousine with a six-cylinder engine remained in the Head of State’s fleet until 17 March 1936.

The vehicle was the first of 100 units built at the Škoda Group’s Pilsen plant between 1926 and 1929. The Hispano-Suiza of the Spanish-French company of the same name was the basis. The term “Suiza” refers to the home country of the Swiss designer Marc Birkigt, who created one of the highest quality and technically most innovative cars of the time.

The Chancellery of the President of the Republic ordered its ŠKODA Hispano-Suiza with chassis number 388 and engine number 683 on 25 June 1925. The vehicle was built to order, probably by the Brožík company under licence from the Parisian coachbuilder Carosserie Kellner Frères. It was a limousine with a glass partition between the driver’s cabin and the passenger compartment in the rear. As was usual for vehicles of this category at the time, each body was custom-made to a unique specification, many of which were built in Mladá Boleslav. Some customers also appointed other manufacturers, for example, J. O. Jech, Aero, Pokorný & Beywel, Petera or the renowned Berlin company Erdmann & Rossi.

The original registration plate of Tomáš Garrigue Masaryk’s official vehicle was “N-1” before this was replaced in the 1930s by “P-118”, where the “P” stood for Prague. Occasionally, the president also used the number plate “N-XIV-842” to travel incognito. In December 1935, Tomáš Garrigue Masaryk resigned from office at the age of 85 for health reasons, and ŠKODA acquired his official car on 17 March 1936, bringing the vehicle to Mladá Boleslav. Some Hispano-Suiza vehicles have survived to this day, but the whereabouts of the first and best-known of the 100 or so models remains unclear.

Cutting-edge technology and outstanding quality
Besides the high-profile names of its buyers, the ŠKODA Hispano-Suiza’s technical features also made it a unique model. In terms of materials and workmanship, ŠKODA made no compromises on quality: the smooth-running light cast in-line petrol engine featured six cylinders and a crankshaft with seven bearings. This was made from a 350-kilogram casting that still weighed 45 kilograms after extensive machining. In addition, the 2.7-tonne limousine had a brake booster; it used the vehicle’s kinetic energy and progressively supported the drum brakes for enhanced braking power; the more pressure on the pedal, the stronger the response.

In contrast to the usual brake boosters of the time, for which the response depended on the oil pressure or negative pressure in the engine’s suction manifold, the ŠKODA Hispano-Suiza’s brakes remained activated even when the engine was off – a crucial safety feature. The in-line six-cylinder with technologically advanced OHC valve control and a displacement of 6,654 cm3 generated 100 hp and could quickly reach up to 135 hp (74/99 kW) at 1,600 and 3,000 revolutions respectively. The five-and-a-half-metre long limousine achieved top speeds of 130 km/h with a fuel consumption of 20 to 25 litres per 100 km, which was reasonable for the time. 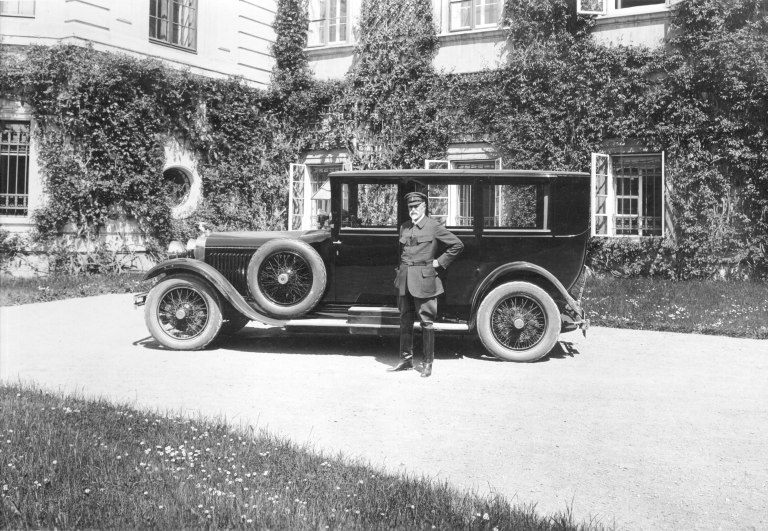 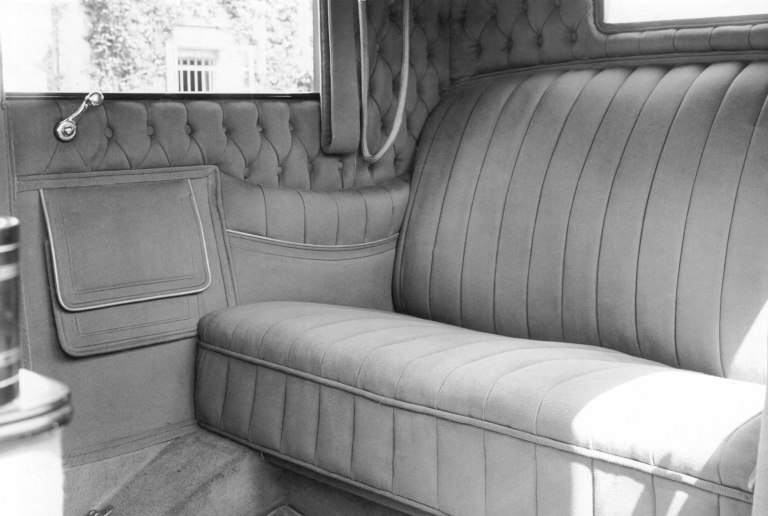 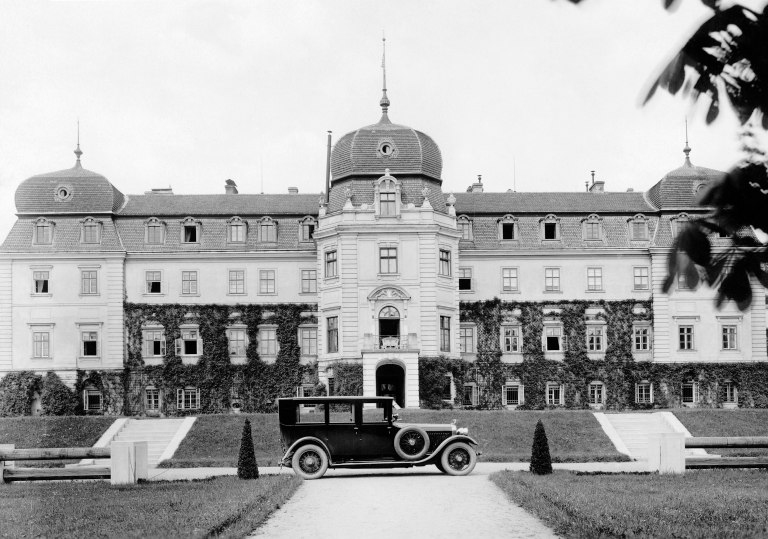 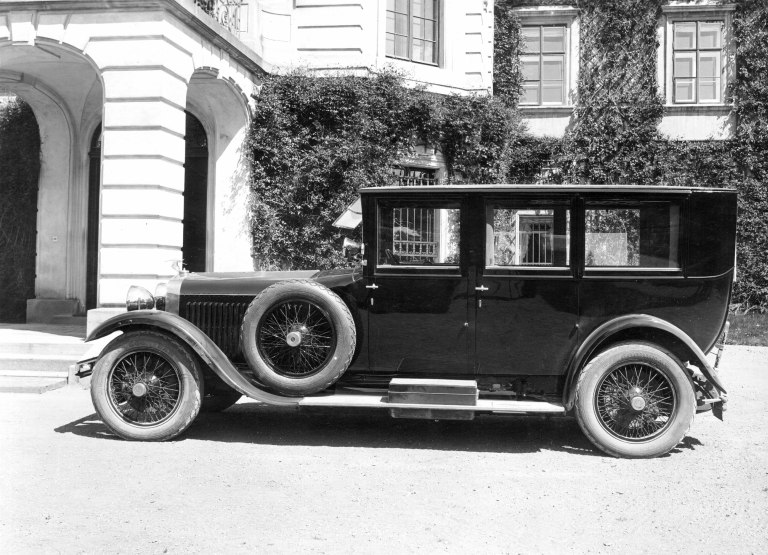 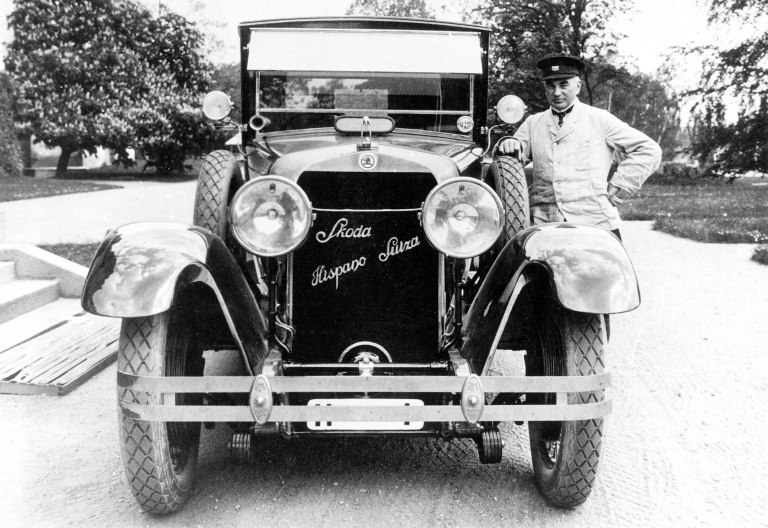 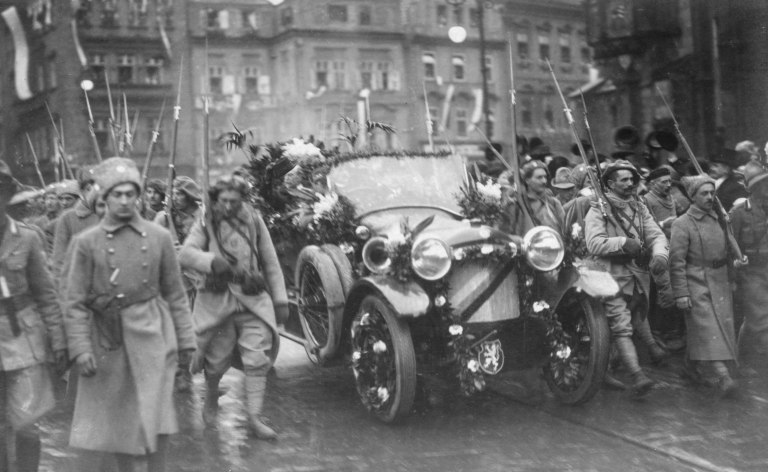 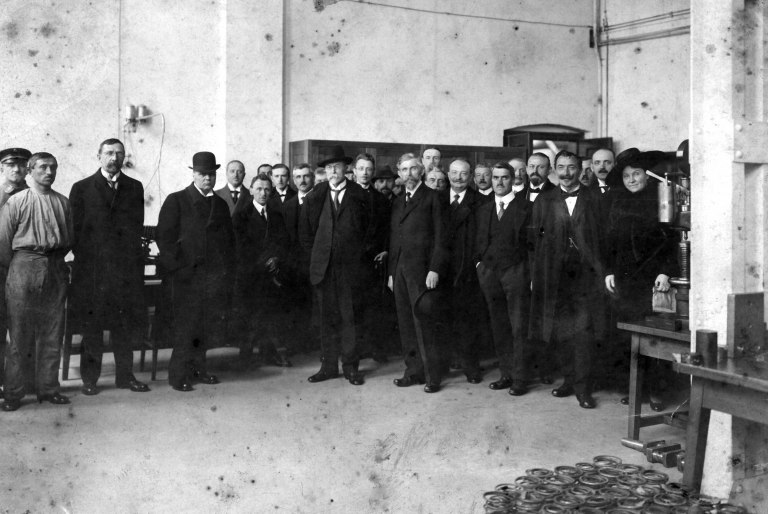 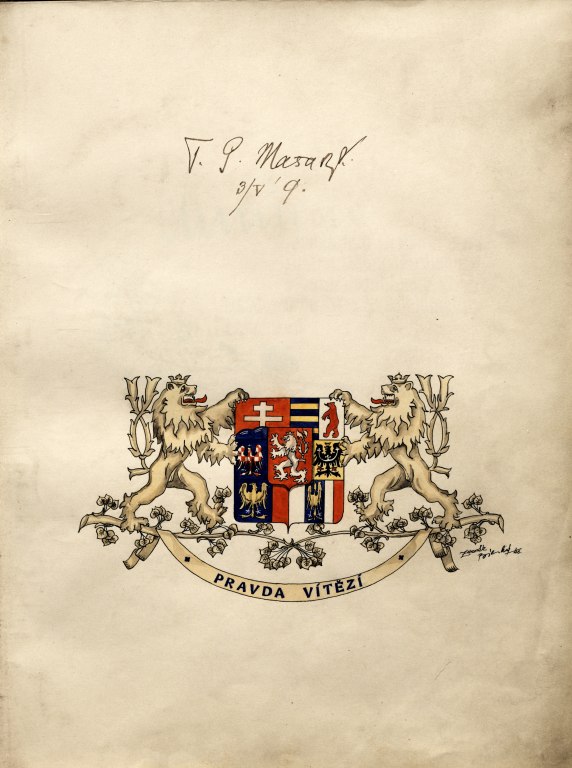