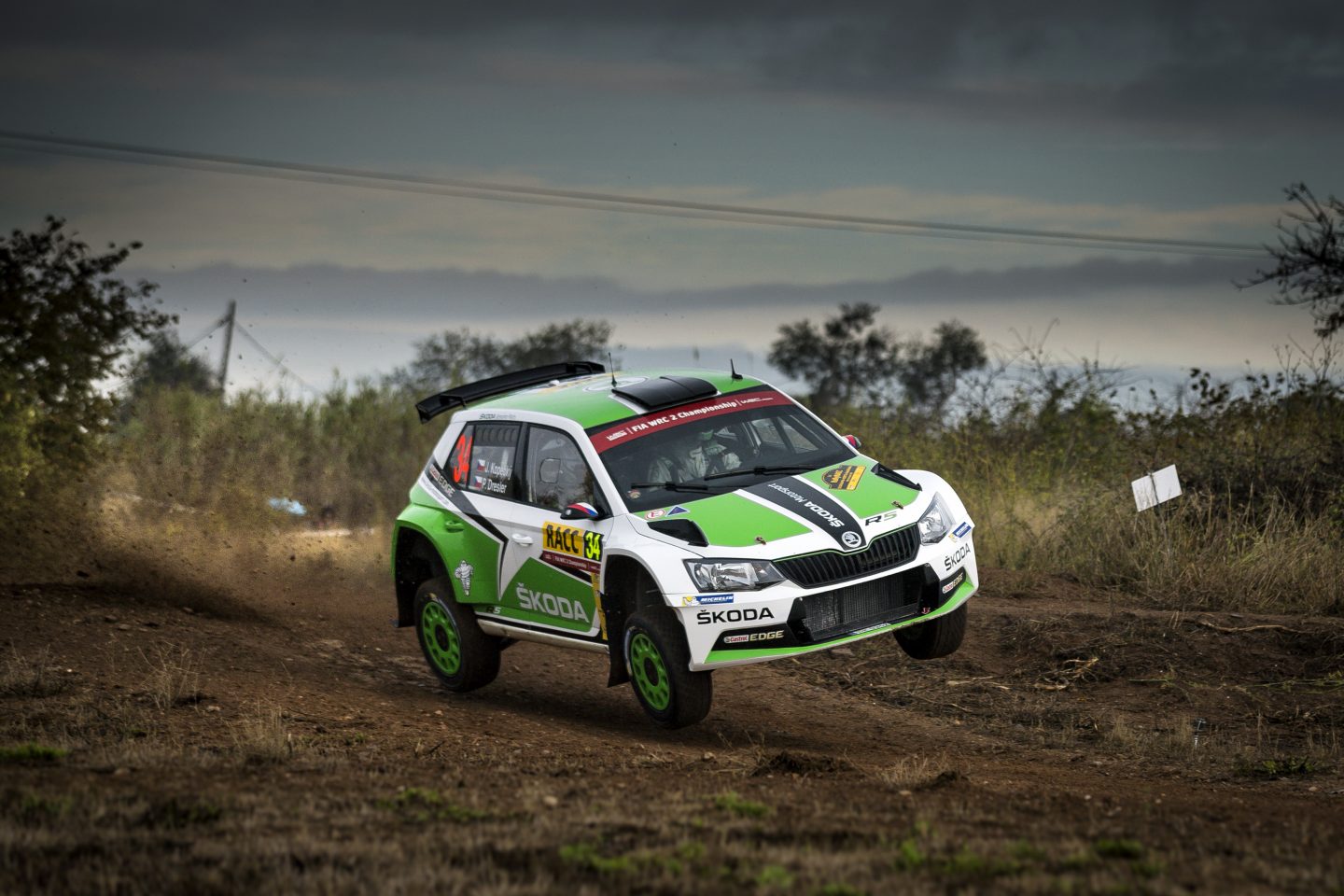 Salou, 14 October 2016 – Mud, rain and aquaplaning: Despite difficult conditions, ŠKODA Motorsport has taken a one-two lead at the start of the Rally Spain. Pontus Tidemand/Jonas Andersson (S/S) head into the final weekend of the third from last round of the FIA World Rally Championship (WRC 2) season with a lead of only 3.0 seconds over the second works duo Jan Kopecký/Pavel Dresler (CZ/CZ). ŠKODA’s team of mechanics also delivered a brilliant performance: The two FABIA R5 of Kopecký and Tidemand were converted from gravel to asphalt set-up in an extended 75-minute service on Friday. 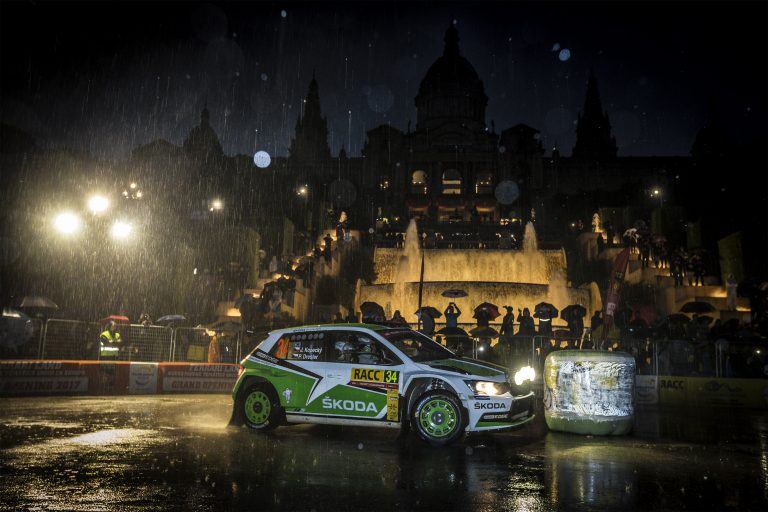 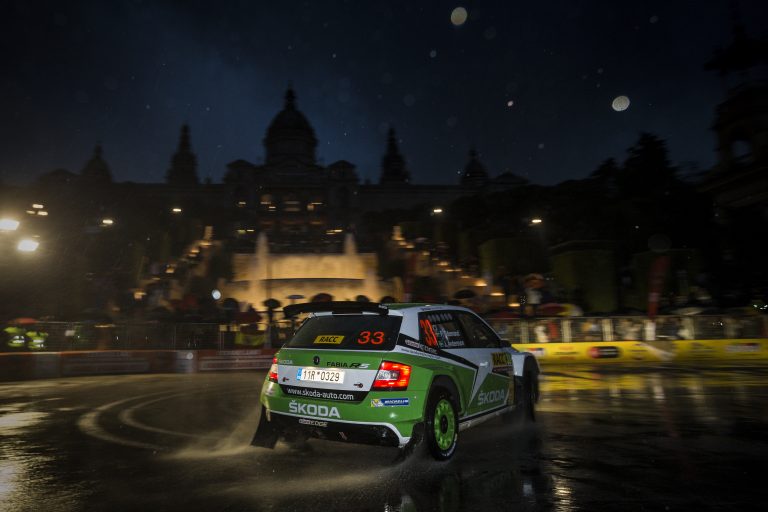 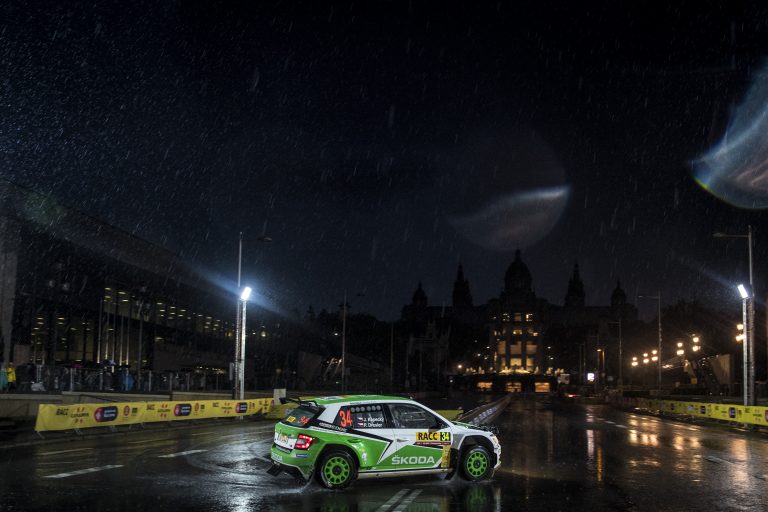 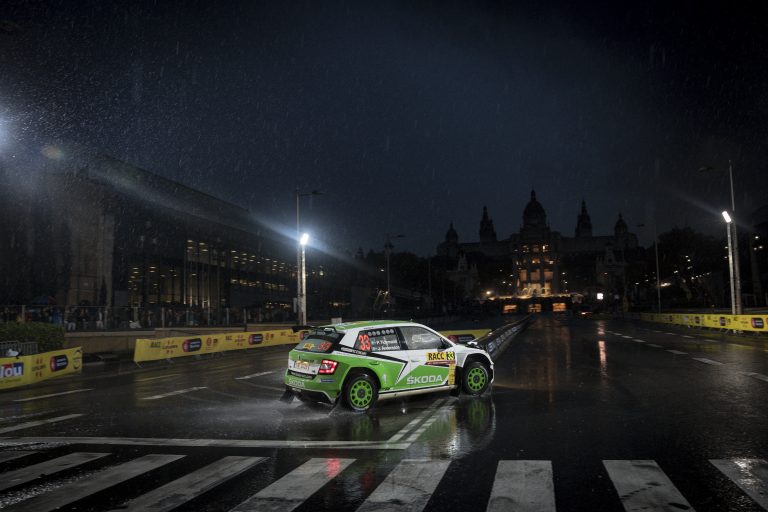 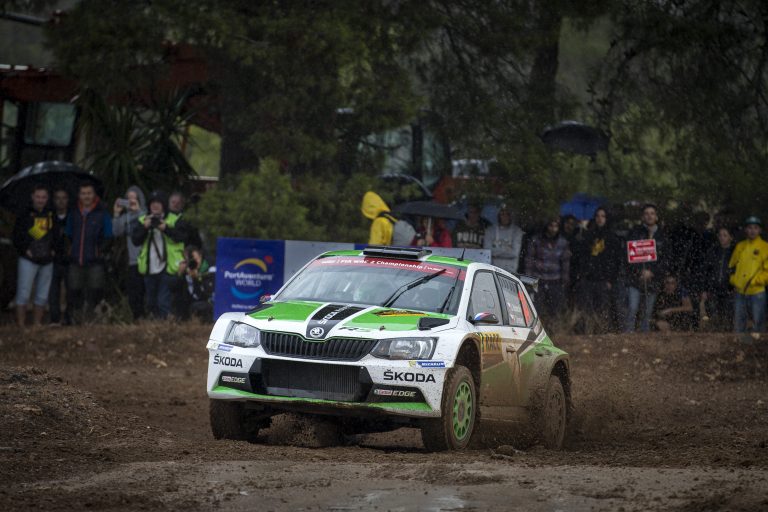 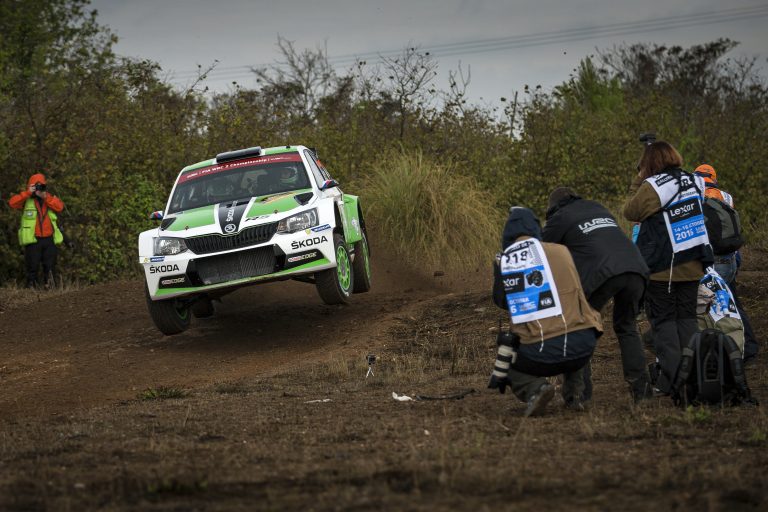 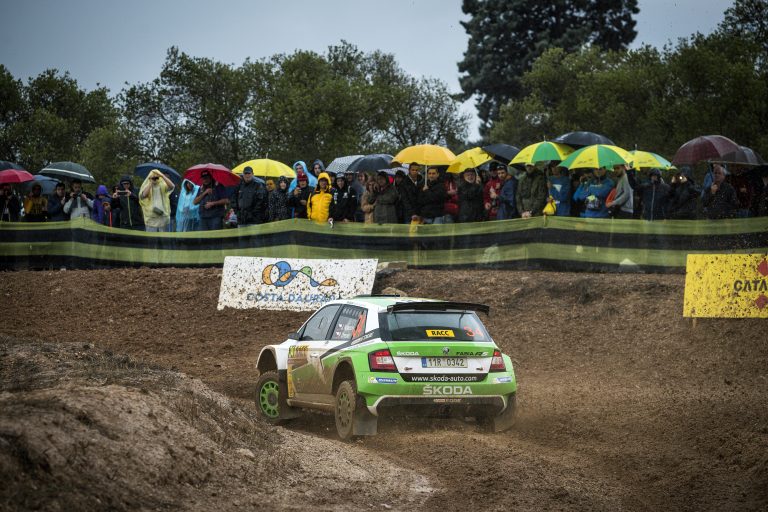 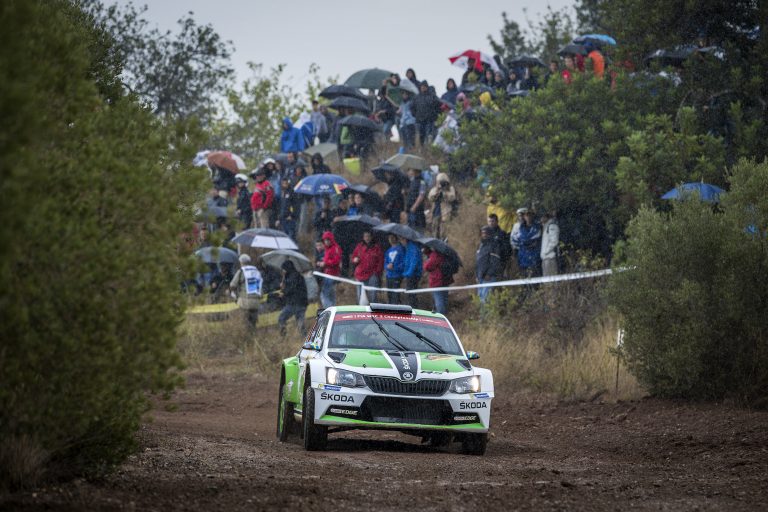 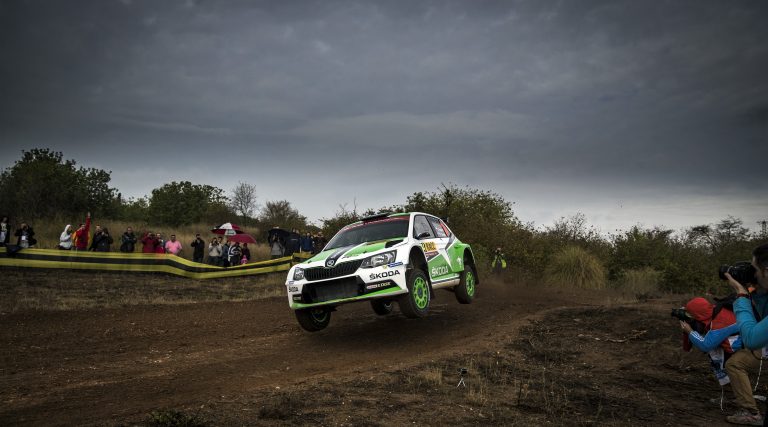 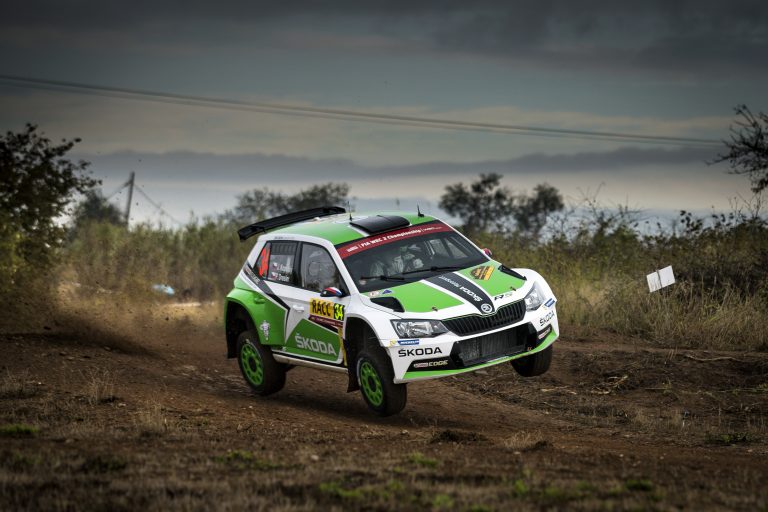 “Switching between asphalt and gravel, the Rally Spain demands everything from everyone – the mechanics, drivers and the rally car. The extreme track conditions after the stormy rainfall made everything even more complicated. Which is why we are really pleased with the interim result,” said Pontus Tidemand. Last year’s winner snatched the lead from his team-mate Kopecký in a dramatic ŠKODA duel on the final special stage on Friday. However, Tidemand’s lead is minimal after 119.10 kilometres mainly on gravel. A total of three FABIA R5 lead the standings in the WRC 2 – further proof of the class of ŠKODA’s rally car.

There are a good 200 kilometres to go around the Costa Daurada on Saturday and Sunday, which will mainly be on asphalt. The Rally Spain is the only “hybrid rally” on the WRC calendar, at which the tracks switch between gravel and asphalt. The rally got underway with a stage on the streets of Barcelona on Thursday evening, which Kopecký won. Then on Friday morning the anticipated three-way battle of the ŠKODA title contenders developed on the softened tracks saturated with deep puddles.

Teemu Suninen (FIN) temporarily took the lead in his FABIA R5 in action for a privateer team. However, the Finn was forced to retire his car on the longest special stage of 38.95 kilometres, “Terra Alta 1”, after suffering a defect. This dealt a bitter blow to his ambitions of winning the WRC 2 title. After his retirement, the afternoon’s stages on drying tracks became a battle of the best times between the two works drivers Tidemand and Kopecký.

“The three-way battle became a duel with Pontus. No doubt it will be an extremely thrilling weekend. Anything is possible in Spain, especially since we will now be on my favourite surface of asphalt,” said the Czech champion. Last year, Tidemand and his team-mate Kopecký celebrated a one-two result at the Rally Spain. A repeat doesn’t seem out of the question after the successful start.

The longest special stage of the Rally Spain is 38.95 kilometres and called “Terra Alta”. Works driver Jan Kopecký (CZ) and third-placed driver in the overall standings, ŠKODA customer Julien Maurin (F), managed to complete the first pass of this stage in exactly the same time. Both mastered the distance in their FABIA R5 in 27:20.2 minutes and in doing so shared the best time in the WRC 2. Incidentally, a ŠKODA FABIA R5 topped the timesheet on all seven special stages on Thursday and Friday.

161014 One-two lead for ŠKODA Motorsport at the Rally Spain