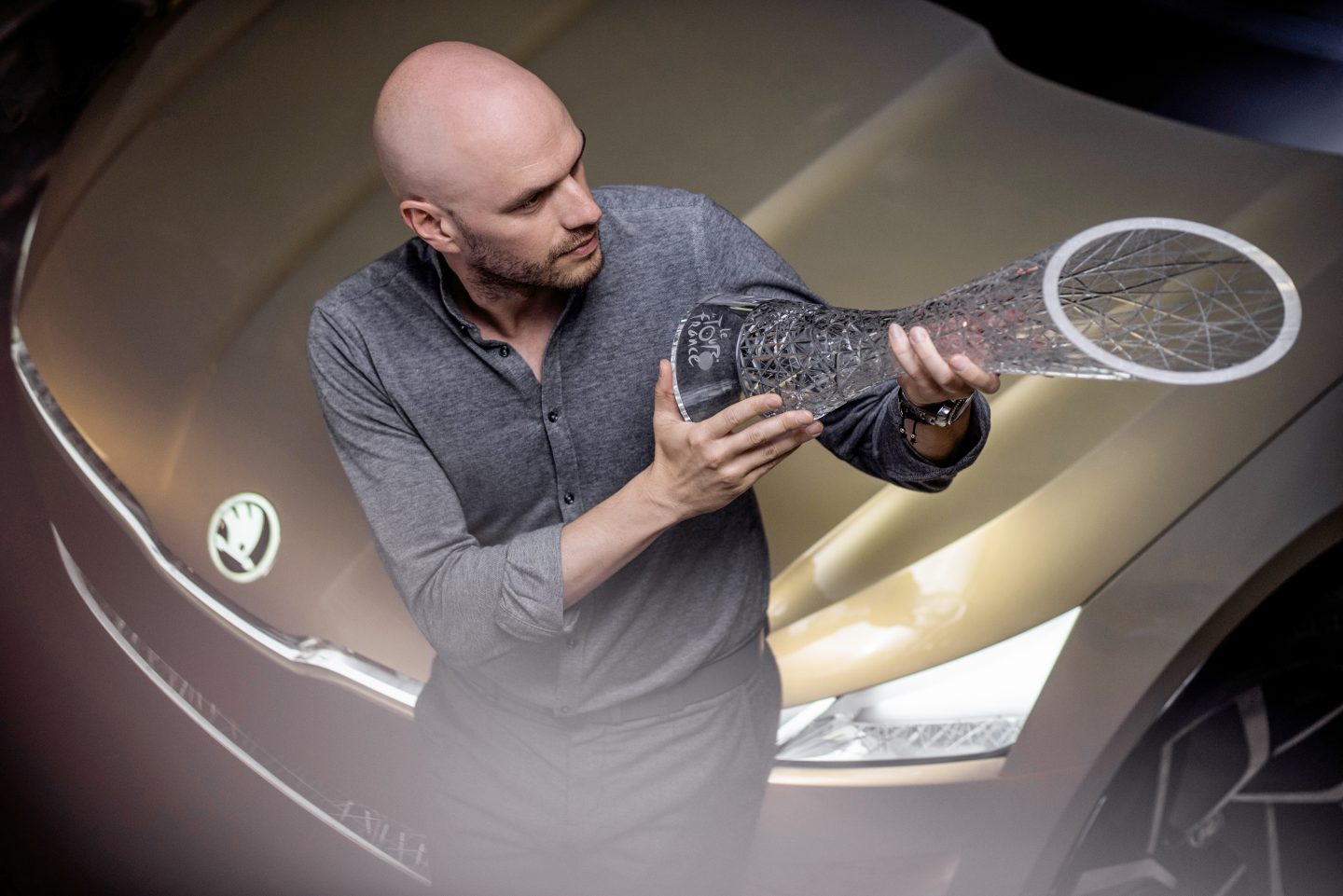 Mladá Boleslav, 10 July 2017 – The winner trophies for this year’s Tour de France have been created by ŠKODA Design. As in previous years, the brand’s experts have designed the glass cups, which the winners of the classic cycling event will be lifting into the Parisian sky on 23 July. The four sculptures are an expression of the finest Czech glass art. The design of the ŠKODA VISION E served as a source of inspiration in their design. In addition, this is the 14th time ŠKODA has been the official partner of the Tour de France. The brand also sponsors the Green Jersey for best sprinter. 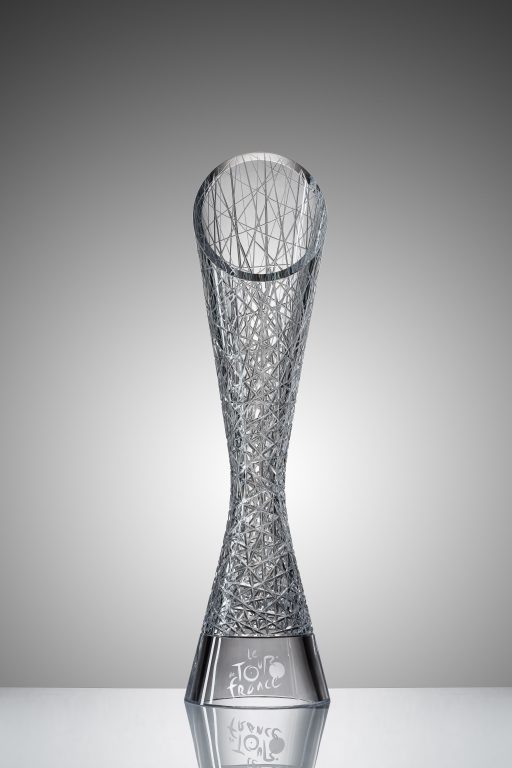 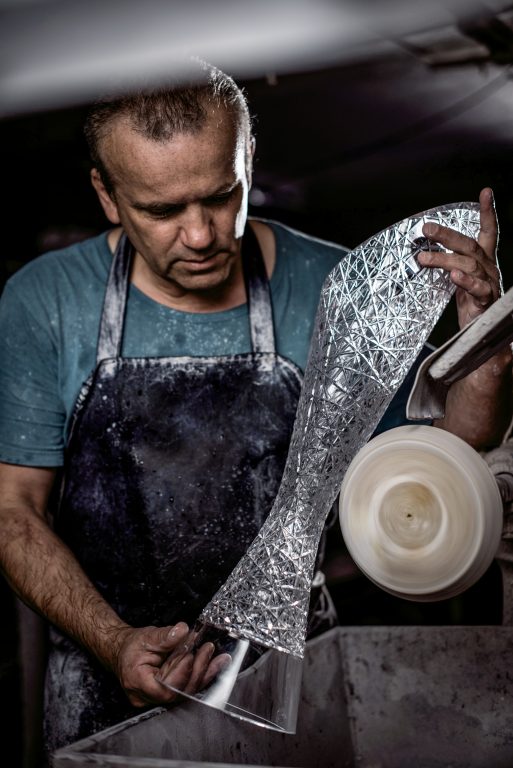 3540 kilometres, 21 stages, three challenging mountaintop finishes: This year’s Tour de France will once again live up to its reputation as the world’s toughest cycling race. The winners are all professionals who cross the Champs-Élysées finish line on 23 July after the three-week tour. This is followed by the traditional highlight at the end of the cycling classic: the winners of the four individual rankings receive the coveted glass cups during the official prize-giving ceremony. Next to the overall winner in the Yellow Jersey, the winner of the points ranking in Green, the most successful young pro in White as well as the winner of the Dotted mountain Jersey will be celebrating in front of millions of fans. After the finish, ŠKODA CEO Bernhard Maier will present the best sprinter with a trophy made of green glass to match the Green Jersey.

All the victor sculptures are created by ŠKODA Design, and were produced by the renowned Czech glass manufacturer Lasvit. The experts from this traditional company were again responsible for producing the masterpieces of Czech glass art. While the dimensions of the 60 cm tall, four-kilogram art pieces are always the same, the ŠKODA designers come up with creative new ideas for the surface every year. For this year’s Tour de France, they were inspired by the ŠKODA VISION E. The car manufacturer’s first electric study debuted at the Auto Shanghai in mid-April, giving a brand-specific outlook on the individual mobility of the future. The five-door SUV Coupé drives up to 500 km purely on electric power. It also reaches level 3 for autonomous driving and features an emotive design language, which is characterised by precise edges and dynamic lines. This emotionality is also reflected in the Tour de France Cups that embody a modern interpretation of Czech crystal art. The ŠKODA VISION E also borrows from this traditional craft with numerous design elements such as the headlights.

ŠKODA 14th-time official partner of Tour de France
The 104th Tour de France began on 1 July with the Grand Départ in Dusseldorf. In addition to Germany, Belgium and Luxembourg, the peloton crosses over 3500 kilometres and 34 French départements on their way to Paris. ŠKODA has been supporting the world’s most important cycling event since 2004, and this year, for the 14th time as the official partner and vehicle partner. In total, the brand is providing 250 cars as organization and accompanying vehicles.

The fleet includes the new ŠKODA KODIAQ SUV, the extensively upgraded ŠKODA OCTAVIA and the ŠKODA SUPERB. The traditional Czech brand’s flagship will be leading the field as the ‘Red Car’. The SUPERB saloon, painted in eye-catching corrida-red, features a panoramic glass roof that can be opened at the touch of a button from the second row of seats. This allows Tour Director Christian Prudhomme to stand up and gain an optimal view over the peloton before approving the start of each stage. Numerous other technical features make the SUPERB the ideal mobile control centre for the tour. The saloon receives several radio channels, on which Prudhomme can gather information and relay sporting or safety instructions.

As a special highlight for the premiere stage in Düsseldorf, ŠKODA is using three new ŠKODA KAROQs to accompany the three teams as service vehicles. During the three-week deployment, the ŠKODA fleet will cover around 2.8 million kilometres. Since 2004, the total mileage of the Tour de France amounts to over 30 million kilometres. A ŠKODA service team prepares the 250 vehicles perfectly for the upcoming stage every day. In addition to its involvement as a car partner, ŠKODA is supporting the Tour de France as the sponsor of the Green jersey for the best sprinter for the third time in a row.