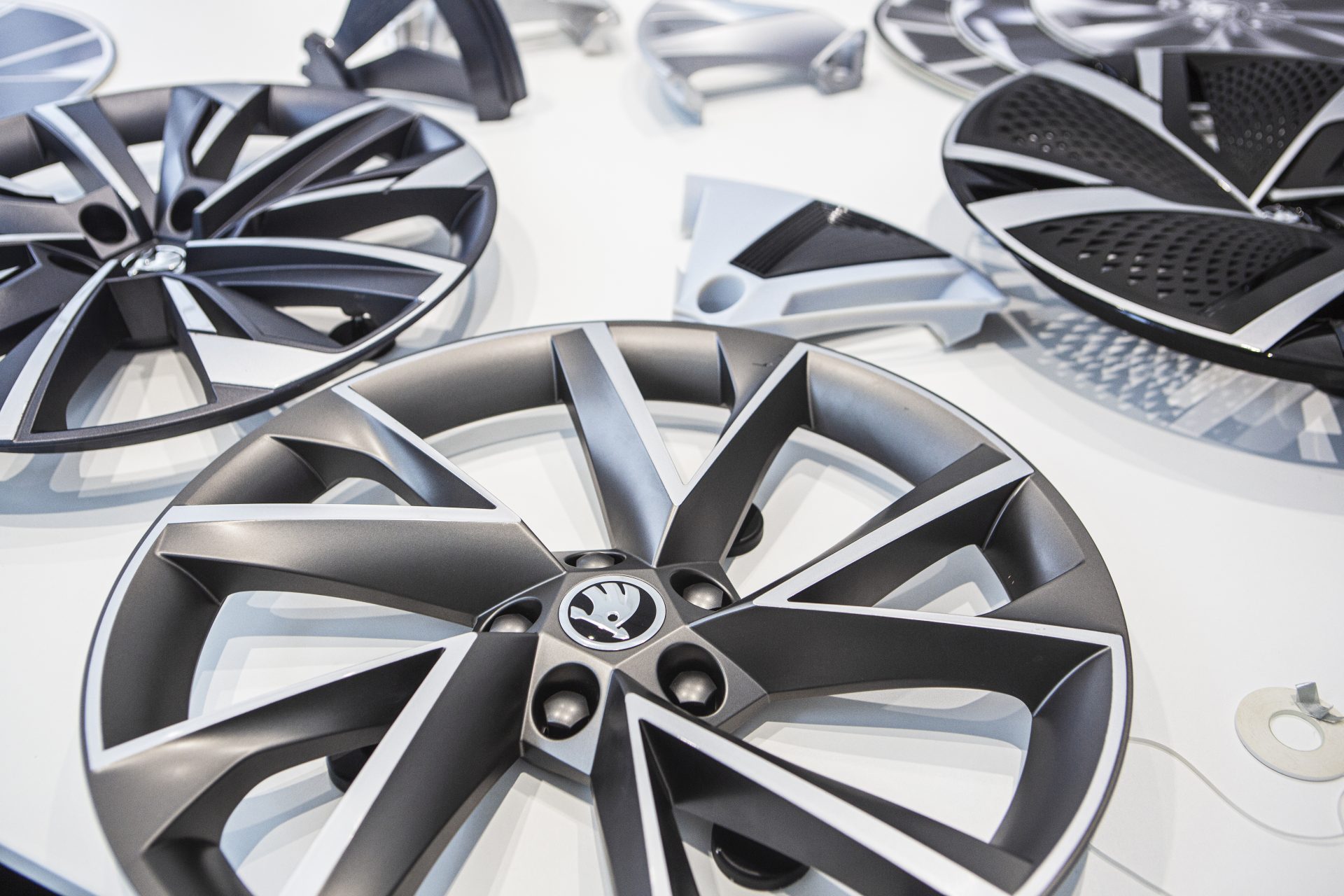 Wheels make the car, as most car lovers and automotive designers would agree. So let’s take a look at how ŠKODA’s wheels are made.

One thing’s for sure – without wheels, the car wouldn’t go anywhere. Aside from that practicality, wheels are also integral to the design as a whole, playing both a technical and an aesthetic role. Their round shape may be unalterable, but they still pose a major challenge to designers. The ŠKODA design team responsible for the exterior also devises the wheels. Thousands of candidates, whether fresh-faced graduates or seasoned professionals, dream of the chance to join the ŠKODA Design Department, which currently has a team from 26 countries.

“There’s a constant pile of portfolios from applicants from all over the world on my desk.” says Jiří Hadaščok, an exterior design department coordinator who has worked with the likes of Volkswagen, SEAT and the famous Italian Giugaro studio. 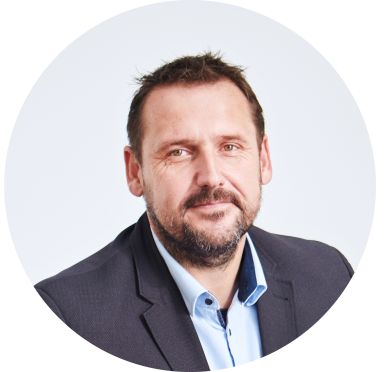 Much like the most important strategic decisions taken by top management, the work the designers do is kept strictly under wraps. Before an official release, a vehicle’s design, right down to the handles, outside mirrors and wheels, is kept top secret.

New wheels for every new model

If you were to walk round the ŠKODA Design Department in Mladá Boleslav, you would see scores of wheel designs on the desks here. You would find sketches in notepads, full-colour printouts pasted on cardboard, fragments of spokes, the winged-arrow logo, prototypes, and completed wheels from the production line. Sketches of wheels also radiate from tablet displays and slide shows on large LCD monitors. 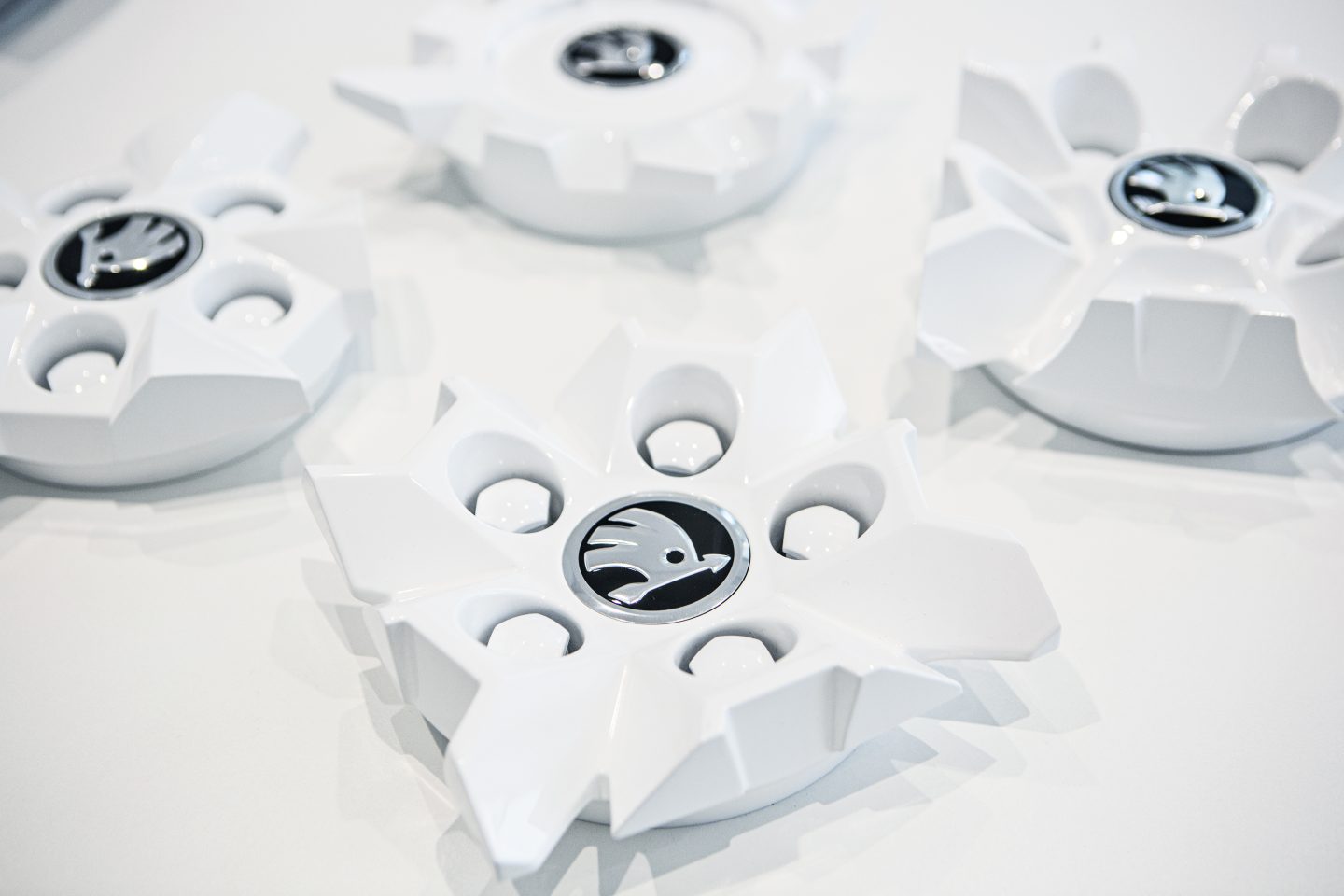 The winged-arrow logo is incorporated into ŠKODA wheel designs.

With each new model, ideas for possible wheel designs begin to crystallise and, ultimately, a whole new unique range of wheels is born. As a matter of principle, no two models of production cars share the same wheel designs. While some wheels may look very alike, every design is newly developed for each model. Each car is supplied with its own specific wheel assortment. The bestselling ŠKODA OCTAVIA comes with some 20 different designs.

“At the beginning of the process we prepare an in initial range of wheels, which can easily encompass anywhere up to a hundred different designs. We pick about fifty of them to work with,” explains Radim Lísek, the wheel design coordinator. It’s a long road from the germ of an idea to the production line. “A 2D sketch is often scaled up to full size and tried out on a mock-up of the new model. In a real-life situation, a wheel may not turn out the way you were expecting from the computer because proportions play a part as well,” says Lísek. Another way to determine whether a wheel is a good fit for the vehicle is to screen it on a large LED wall in the design studio. “That’s how we find out whether the wheel design visually chimes with the vehicle,” explains the designer. “The whole team then assesses whether the wheel and the bodywork go together. It must not give the impression of being too fragile.” 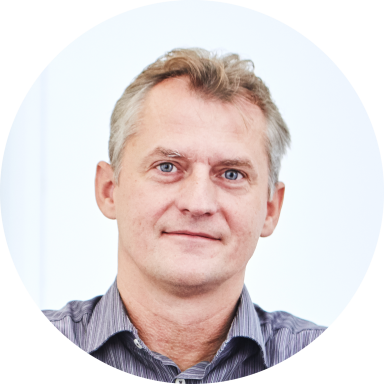 It’s not all about appearances

Aside from the aesthetics, designers have to think about many other criteria. They have to work with the Technical Development Department to design wheels that are solid and shockproof. The economics of production also play an important role. Another major factor is the need to design a car shape ideal in terms of aerodynamic drag and fuel efficiency. “It’s always a challenge to create vehicles without compromising on the aesthetic quality, while maintaining maximum functionality and effectiveness. Instead of more embossed, deep and open wheels, we are designing wheels that are lighter, fuller, more enclosed and flatter so that they are as aerodynamic as possible,” says Antti Mikael Savio, a Finnish member of the ŠKODA Design team. 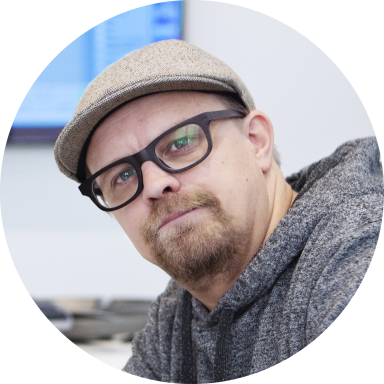 Savio also helped to design the ŠKODA KAMIQ shape and has drafted dozens of wheel designs at ŠKODA Mladá Boleslav. One of them, supplied with the ŠKODA FABIA MONTE CARLO, even bears his name. 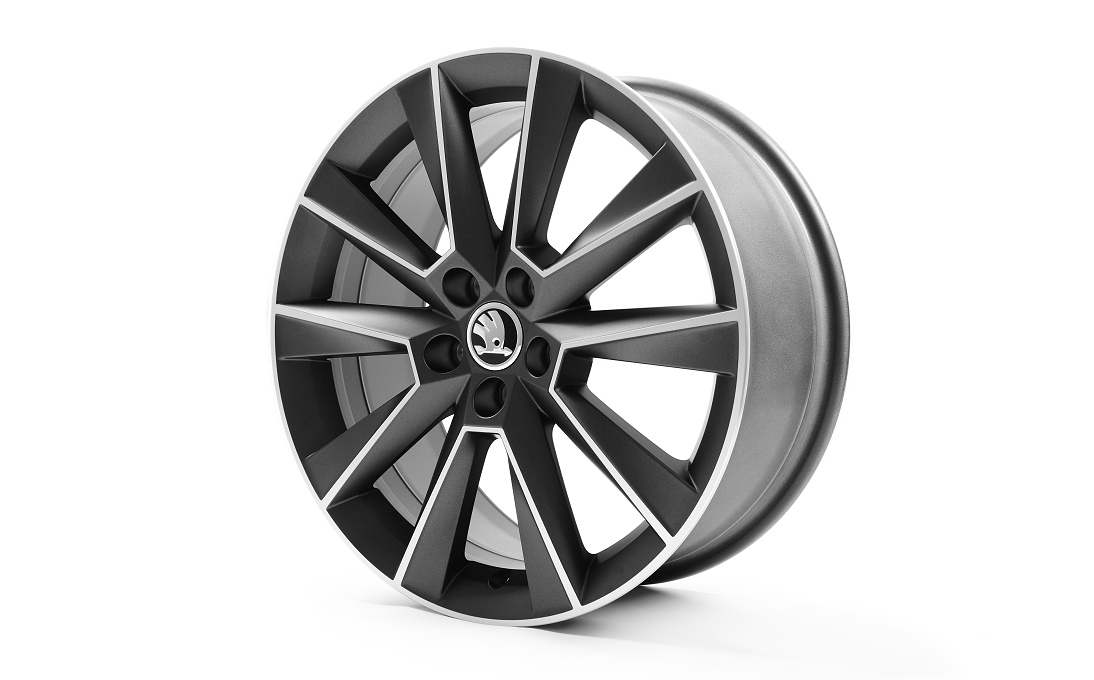 SAVIO wheels – One of the wheel designs available for the ŠKODA FABIA MONTE CARLO is named after the designer Antti Mikael Savio.

He says he is not one of those designers who are able to come up with a complete design in one go. “Sometimes I draft a sketch, leave it for a couple of months and then come back to it. Only with the benefit of hindsight can I see the mistakes I have made,” says the graduate of Royal College of Art, London, where he studied car design. “Sometimes I have a sudden idea that I have to immediately sketch, even if it’s on a napkin,” he explains. 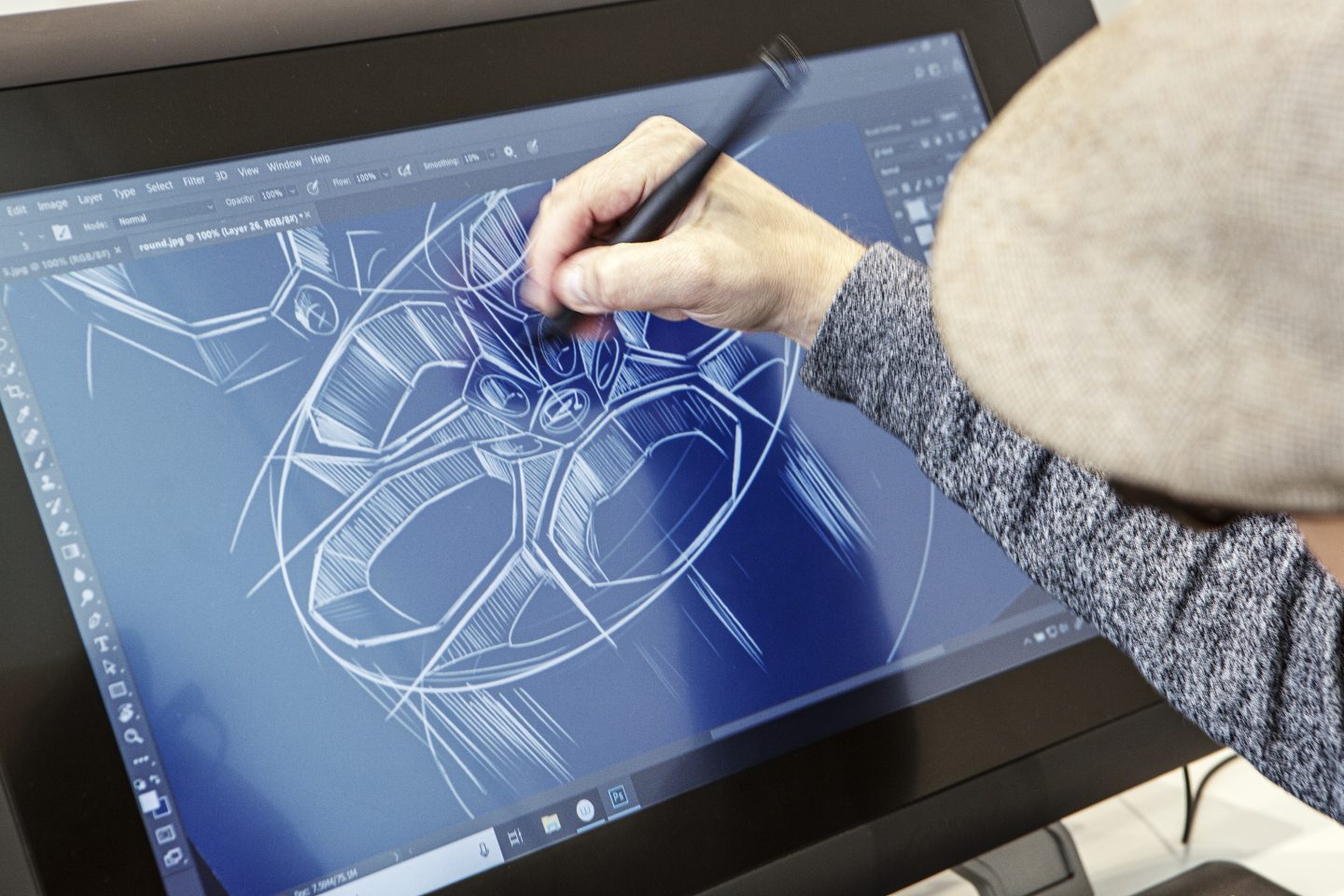 The look of the wheels is influenced by the crystalline design, which is central to ŠKODA’s overall design strategy. “We were inspired by the rich tradition of Czech glassmakers,” says Jiří Hadaščok. The current designers work with all kinds of technologies, including virtual reality, which helps them to look at the car from different angles and to project it in movement. “The design of a spinning wheel is just as important as that of a wheel at standstill,” says Hadaščok, who has worked at the design department for over twenty years.

If a sketch makes it through the first round, a 3D model is then used as a point of reference and a sample is created. The sample is either milled or printed out using a 3D printer, which is the faster option. Approved design models are sent to the Class-A (aka Strak) Department, which is responsible for correctly and flawlessly rendering models of all the surfaces you can see on the car. The Assembly Department fills in the technological and assembling requirements specific to each draft design. These are then carefully integrated into the final model so that the appearance of the wheel matches the approved sketch. This phase is very challenging and demands perfect cooperation from the designers, the Class-A Department and the Assembly Department so that the way the various requirements are handled results in an immaculate final product. 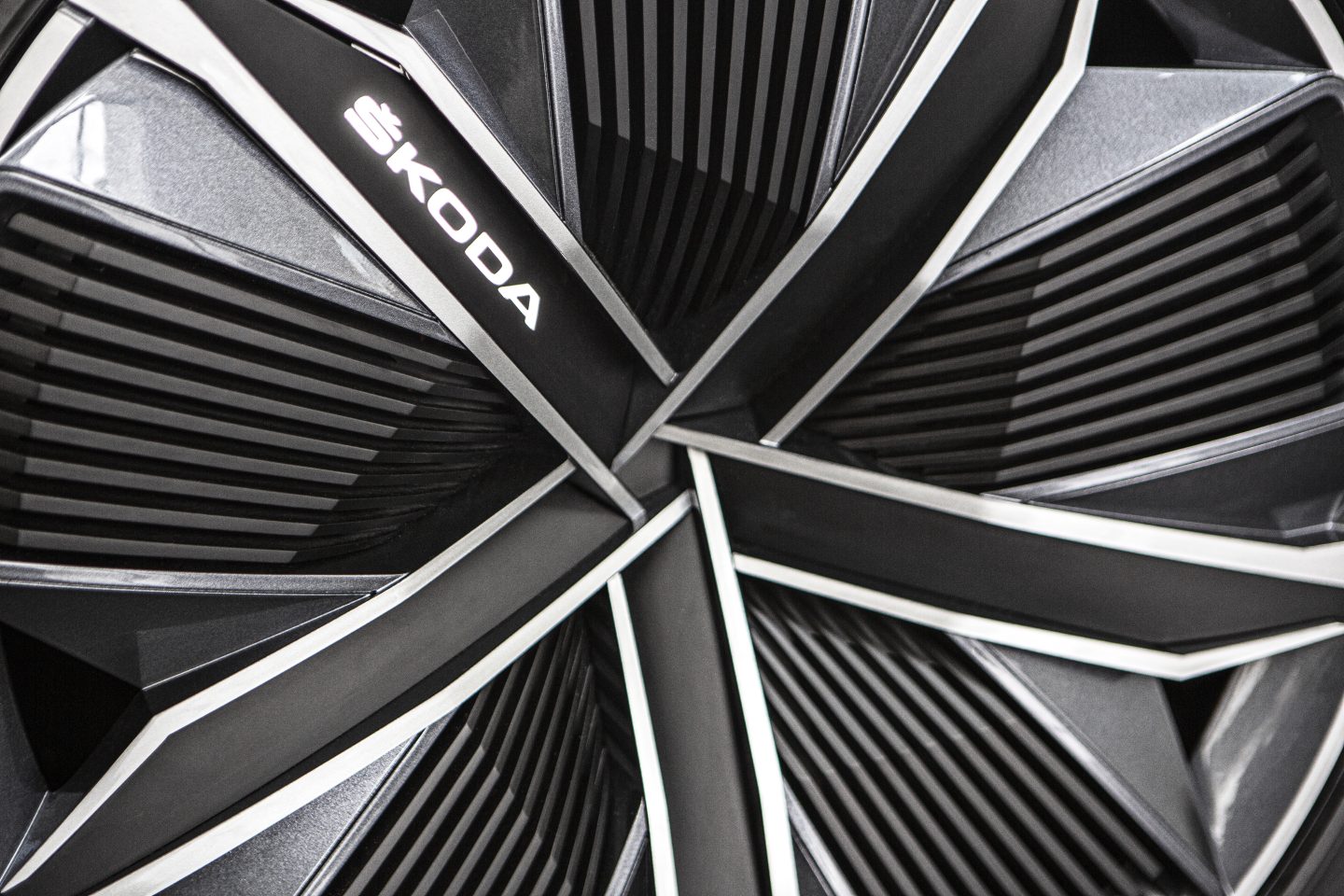 The wheels of the VISION iV show car were designed with backlit ŠKODA lettering.

“Design is all about personal taste, which is why we always come up with multiple drafts. When people choose our wheels, we are quite flattered. We design them specifically for each model with the aim of accentuating its character,” says Hadaščok as he sums up on behalf of the team. 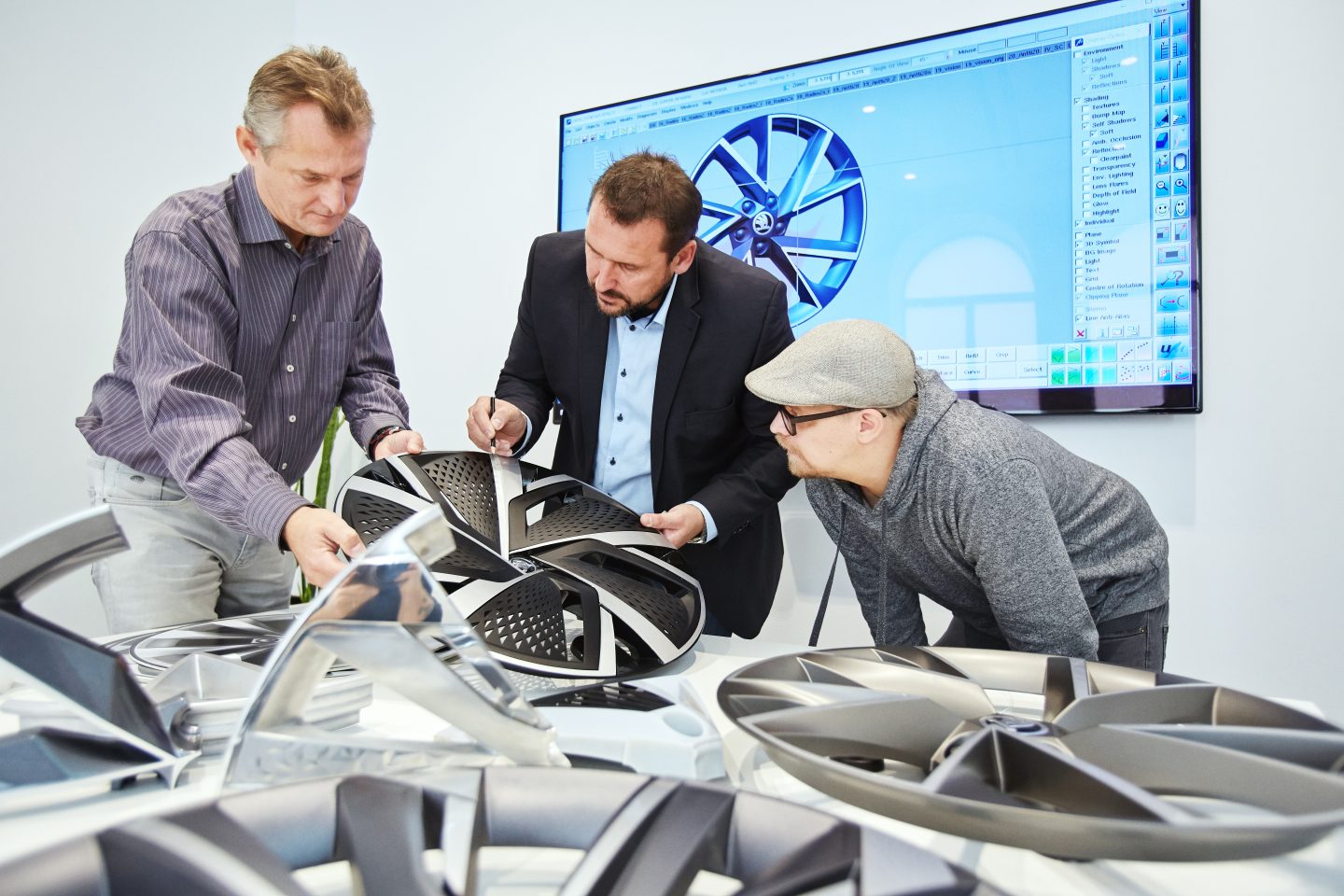 The design team members tasked with designing ŠKODA exteriors are responsible for the look of the wheels. From left, the designers Radim Lísek, Jiří Hadaščok and Antti Mikael Savio