VISION 7S: the most complex concept car and major challenges

Building concepts is very different from developing mass-production cars. The major challenges with the VISION 7S were the new design language and unique technical solutions. Find out how the prototype was made.

The ŠKODA VISION 7S study is not only impressive, but also important. The car is a preview of a future production family electric car, while also ushering in a completely new design language and sporting the brand’s new logo and visual identity. The car is also unique from a technical point of view. “It is the most functional and comprehensive concept we have ever built,” says Martin Porteš, the project manager in charge of the concept’s development in the design department. 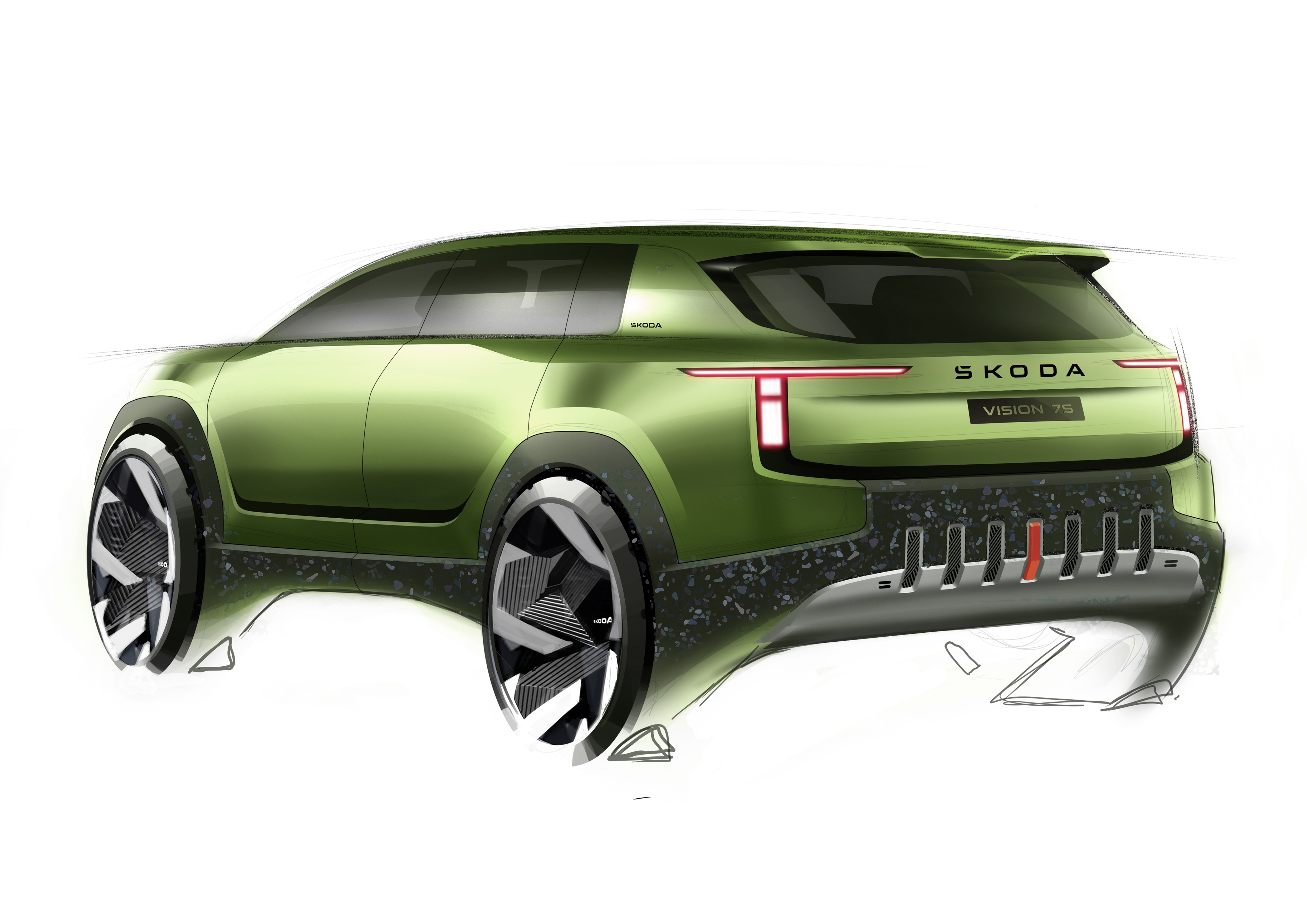 It is therefore no surprise that the work on such an important project was challenging. The designers were pressed for time and had to find a way to incorporate unusual technologies into the car. Preparation of the VISION 7S started about a year before its premiere – in September 2021. “That’s when the brief was drawn up and the development process began,” says Martin Porteš. It was partly the new design language that determined that the study would be the precursor of a future production SUV. “A large SUV gives enough room for the new design to be demonstrated properly,” Porteš explains.

The team at the Mladá Boleslav plant only had about ten months to fully prepare the concept car. It all starts with defining the basic proportions and parameters of the car, and the team then starts preparing the suitable platform. “At the beginning of projects like this it’s not unusual to fall behind schedule, because the designers are always coming up with improvements and changes. We have to be able to deal with this, but it creates a lot of pressure,” explains Porteš. 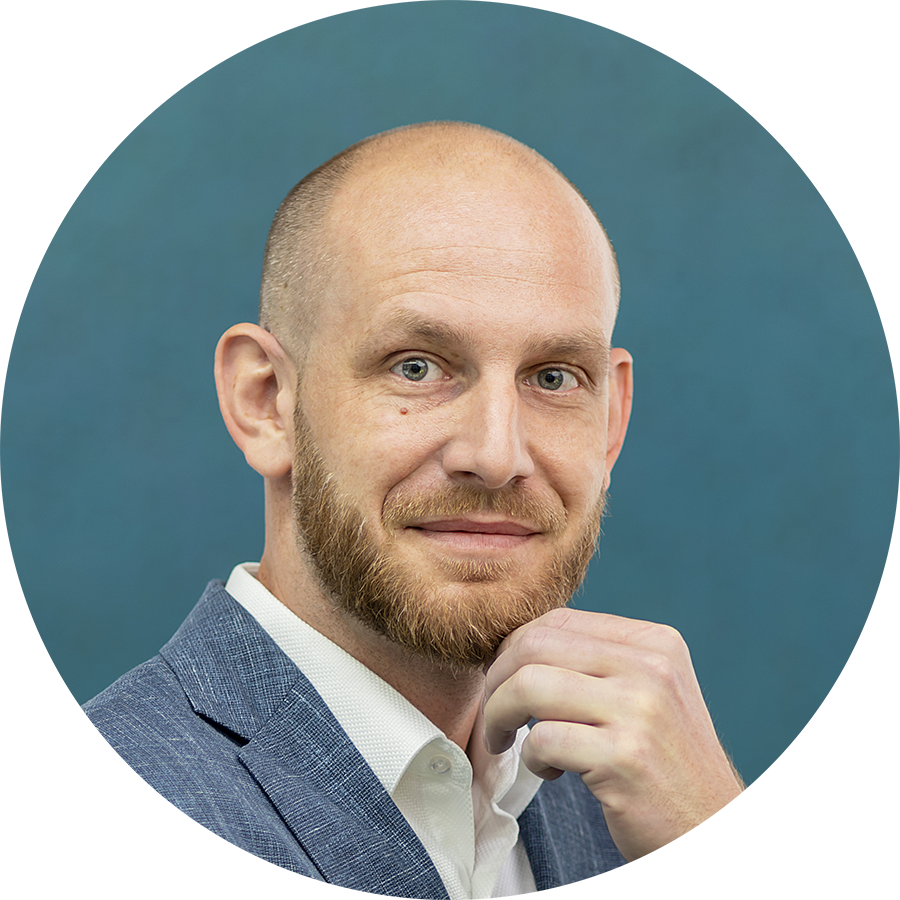 The designers gradually refine the car’s looks, whether it’s the bodywork or the interior and all sorts of details. Clay models are created, which also have to get the seal of approval from the company management. Around this time, the project manager keeps a closer eye on deadlines and budgets, as well as contracting suppliers for some specific parts and solutions, for example.

“It’s almost never definitive: something is always being adjusted,” laughs Martin Porteš when asked what happens when the future design is basically settled. In any case, the next stage is the actual building of the car. Work simultaneously continues on fine-tuning many of the details, so the actual design phase and the search for specific solutions actually take longer than the physical construction of the car. “We can’t simply wait until we’ve got everything finished, there’s not enough time for that,” explains Porteš. Especially at the start of construction, the design team is assisted by the prototype building team, which otherwise prepares prototype cars for series production. “They help us modify and prepare the platform, implement basic functions and so on,” Porteš says. 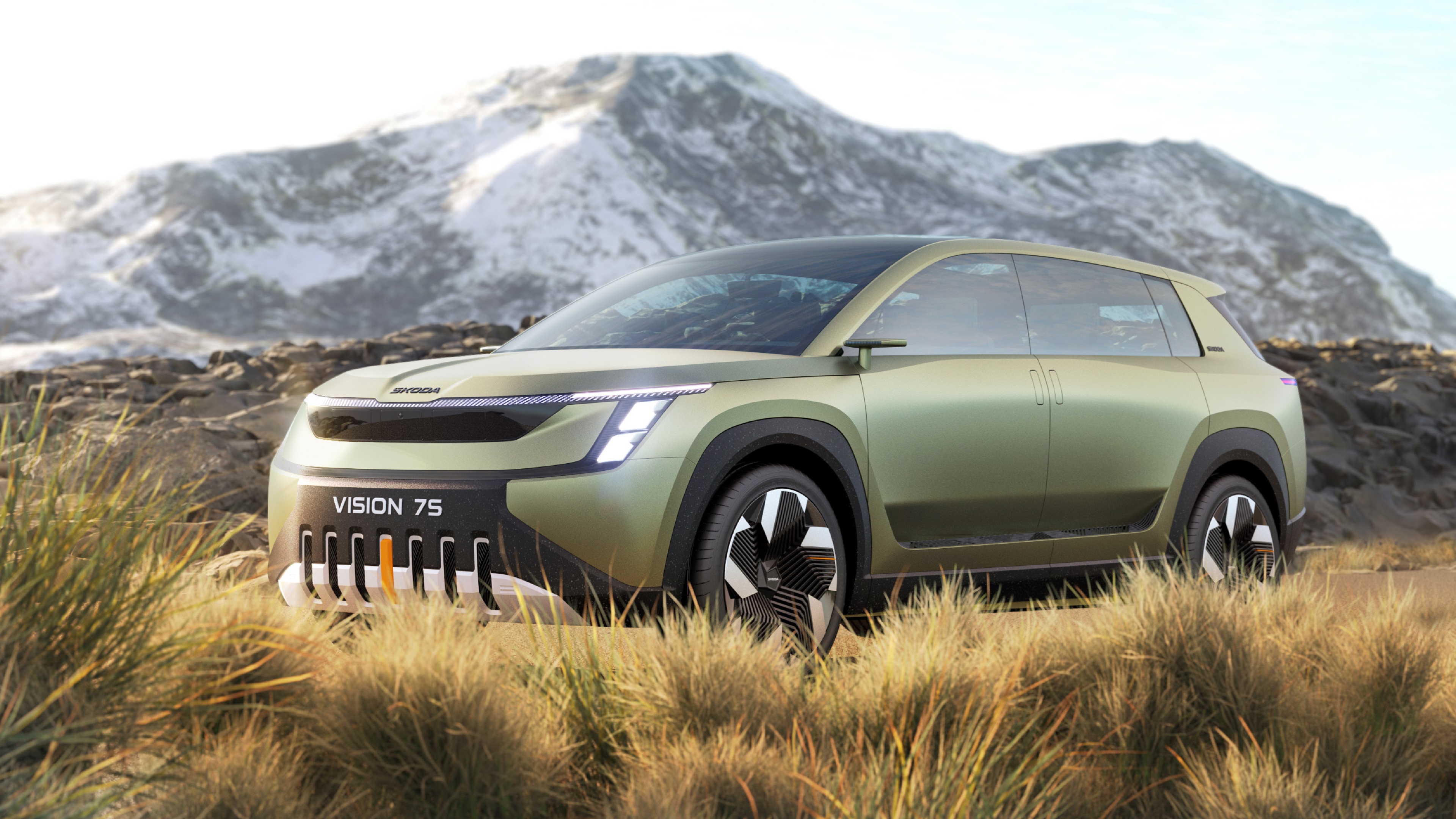 At the same time as the platform is being prepared, the body parts are being made, and with that foundation ready, the car building begins. “The base is a tubular frame on which the body parts are mounted,” Porteš explains. Along with the car’s skeleton, the engineers are also working on the installation of the wiring. “In the VISION 7S we have a lot of things that move, light up and do stuff, which necessitated an extreme amount of wiring,” says Porteš, describing the challenging aspects of building the prototype. The VISION 7S has a number of special features in this respect. For example, it has what’s known as steer-by-wire – the steering wheel is not rigidly connected to the wheels and the instructions to the wheels are conveyed digitally.

Other unique features are the dashboard and pedals, which recede about 10 centimetres further away from the occupants when switching from Drive to Relax mode. This transition also involves the rotation of the on-board system’s large touchscreen display. “Here, we spent a long time looking for a technical solution that would allow this rotation, while being sufficiently robust and at the same time allowing us to work with minimal panel thickness and thin bezels,” explains Porteš. Finding a solution for the “dance” performed by the seats when the car’s mode is changed was not easy either, he says: the front seats rotate towards the centre and fold down slightly, while the rear seats also fold back slightly. In a normal car this might not have been so difficult, but in a concept where the seats with the centre console appear to float in space, it was a really tough nut to crack. 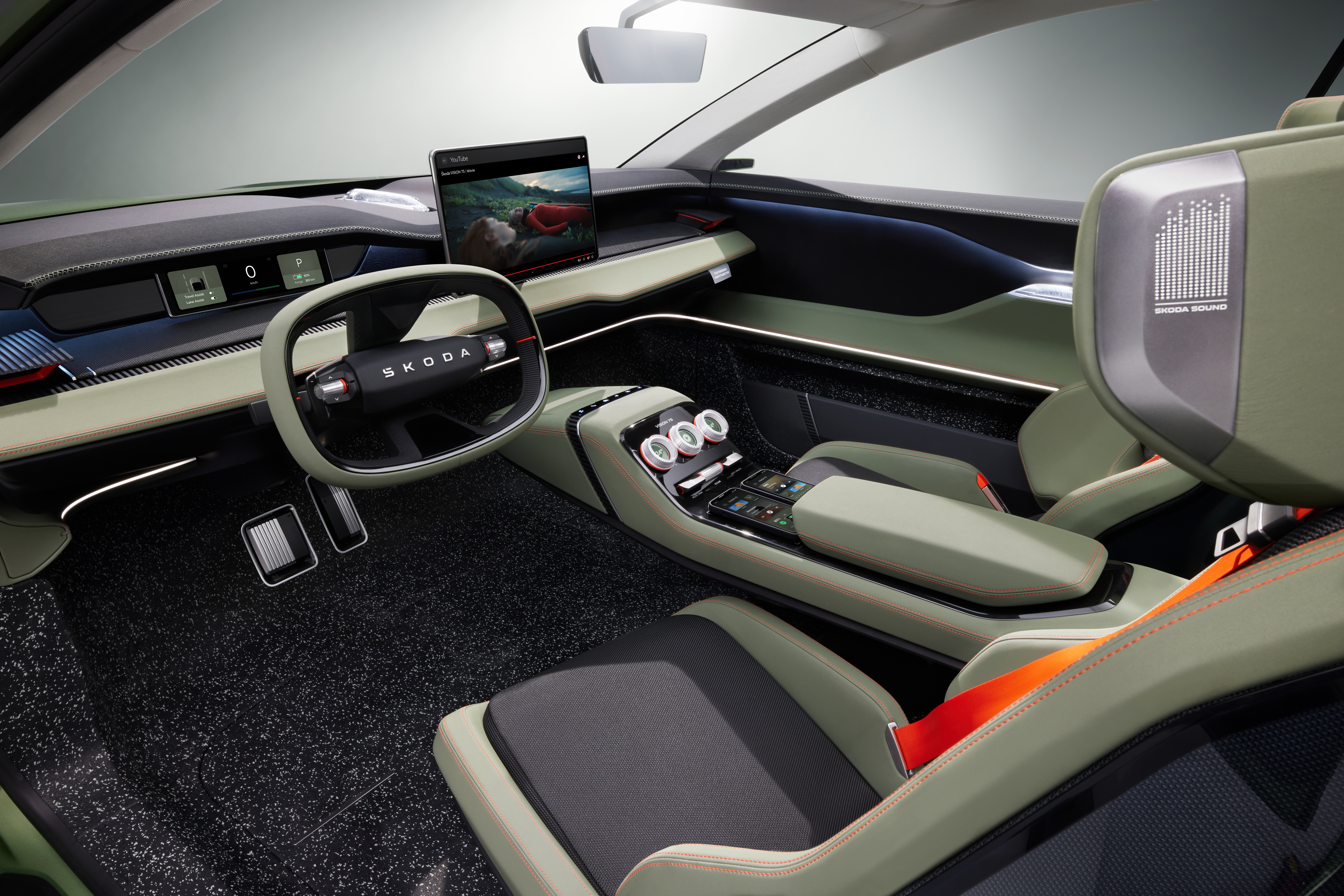 The team from ŠKODA Technical Development then helped find a solution that linked the platform’s functionality with all the concept car’s systems. The VISION 7S is thus truly functional, drives and functions like a real car, while also being able to showcase the aforementioned change in the interior design, including a new control interface for the occupants.

The car was gradually taking shape and the parts were arriving, and after a trial-run assembly, the actual final assembly process started. This tends to be complicated by various snags. “We were still deciding the floor material from recycled tyres up to the last possible moment. It took a lot of work to get it from the supplier on time,” says Porteš, listing one of the difficulties. “The plexiglass that makes up our Tech-Deck Face mask has limited possibilities in terms of shaping and for a long time we couldn’t achieve the desired result,” he adds another. The backpacks integrated into the back of the backrests were an afterthought, so this was a problem that had to be solved in a hurry. “But we managed,” Porteš smiles. 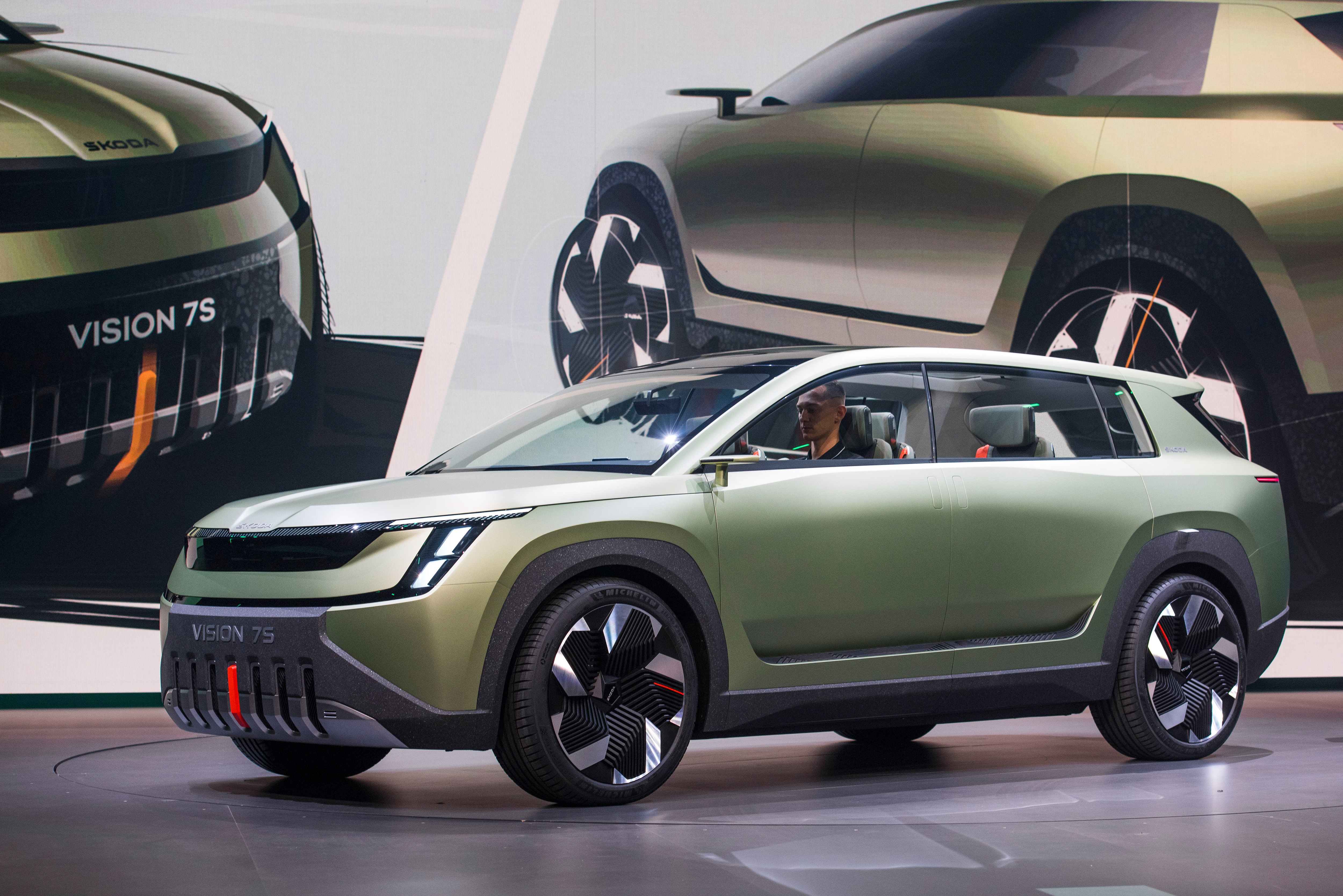 The ŠKODA VISION 7S on stage at its premiere

The final phase of the concept car’s construction involved working in shifts, essentially 24 hours a day. And the VISION 7S was indeed being fine-tuned by the engineers and designers right up to the last minute. “The car had to be prepared in advance for the photo shoot and filming. We handed over the car, but even then we were still fine-tuning some of the details,” Porteš explains.

Then it was time for the premiere. “This is where the support team that accompanies the car at model presentations is incredibly helpful, of course,” says Porteš, adding, “The public only sees that one arrival on the stage at the world premiere, but the car had to go on stage a total of 13 times during the premiere, associated in-house events and rehearsals according to a precise script, and always with perfect timing.” And that was only the beginning of the concept car’s “life” – immediately afterwards, the VISION 7S was besieged by curious members of the audience. 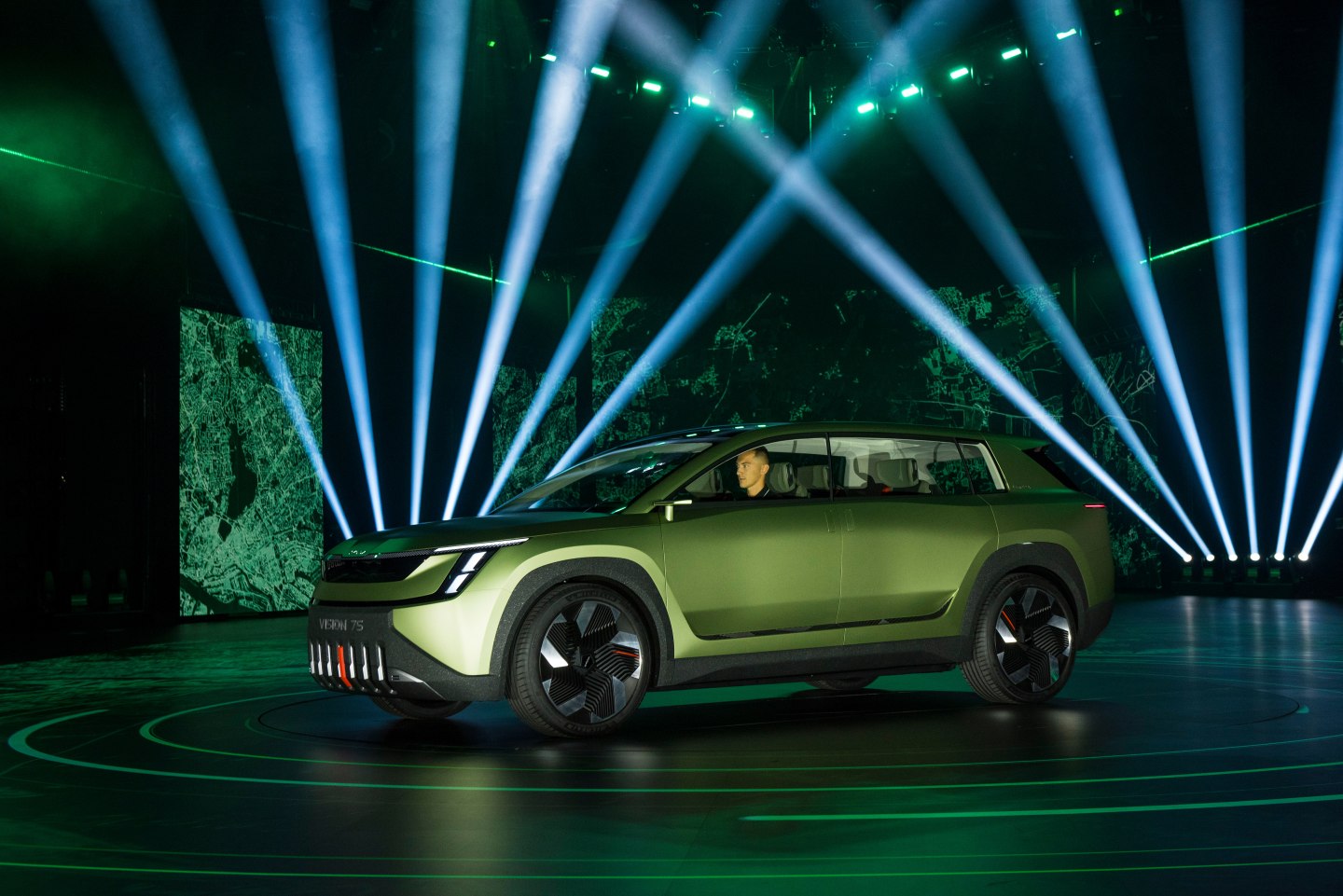 VISION 7S: THE MOST COMPLEX CONCEPT CAR AND MAJOR CHALLENGES 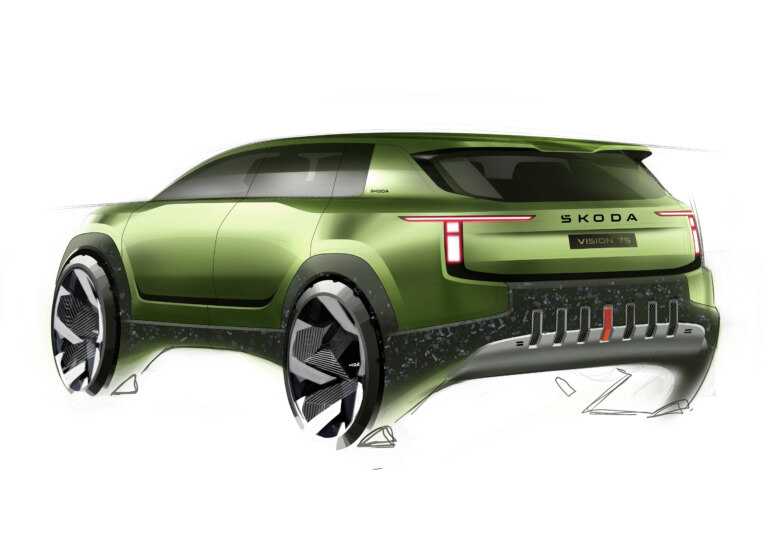 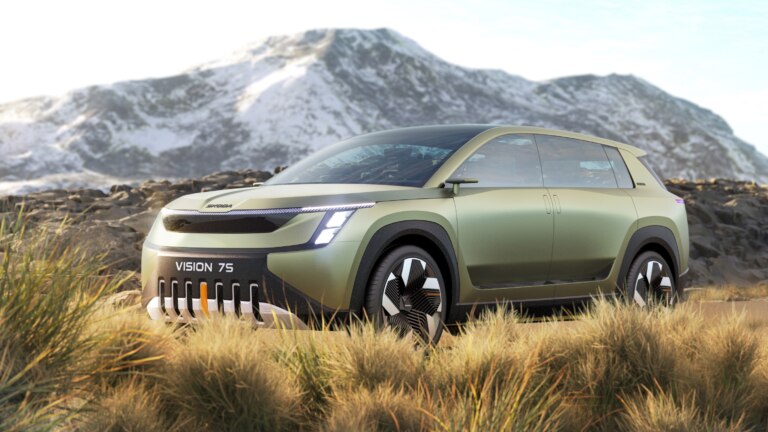 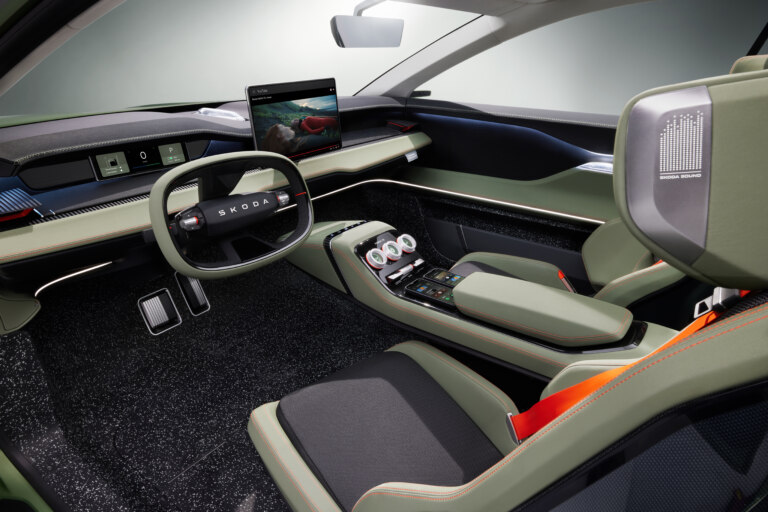 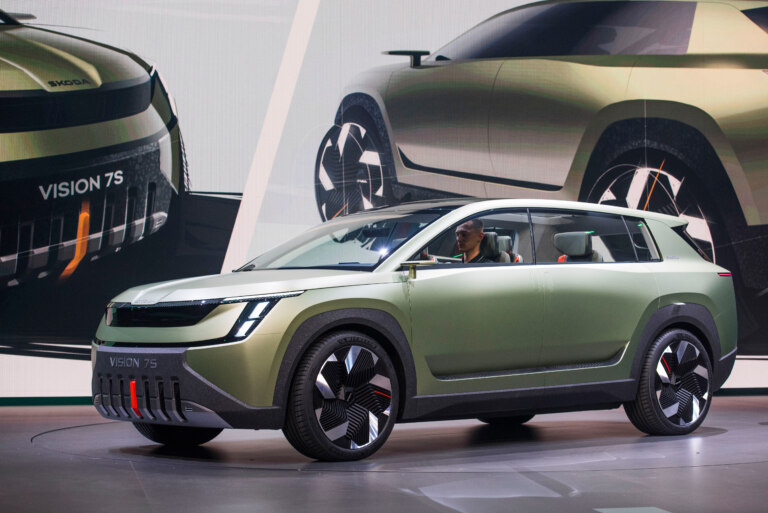 The ŠKODA VISION 7S on stage at its premiere A future full of new journeys

YETI was a pioneer. Meet the lesser-known versions