An eighteen-metre long work of art spiced up the world premiere of the latest generation ŠKODA FABIA. It was made by a group of twelve designers who worked on the car, applying one of their day-to-day work tools. Take a look at what they came up with for the premiere and what material from the car itself they used on it.

Long before the three-dimensional fourth-generation FABIA made its appearance, work began on a new 2D “tape art” representation of the new model in the digital premiere venue. And the artwork was a lot bigger than the car itself. The “canvas” was a white wall 18 metres long and two and a half metres high. On this, thousands of metres of sticky tape were used to showcase the exterior and interior of the new ŠKODA.

Tape strips of various widths and colours are not unfamiliar to designers – they use them in their day-to-day work. “We work with this material on clay models, where sticky tape is ideal for marking out edges, and it can also be used to show where and how shapes need to be modified,” says Boris Kovalík, a ŠKODA interior designer who is the author of the overall composition.

His design came out top in an internal mini-competition between the interior and exterior design teams. “This style suits me – in my free time I draw comics-style pictures, mainly faces and car illustrations. I hope I’m not wrong in saying that I managed to inject a bit of dynamism into the image,” the designer says, explaining why his idea was chosen. 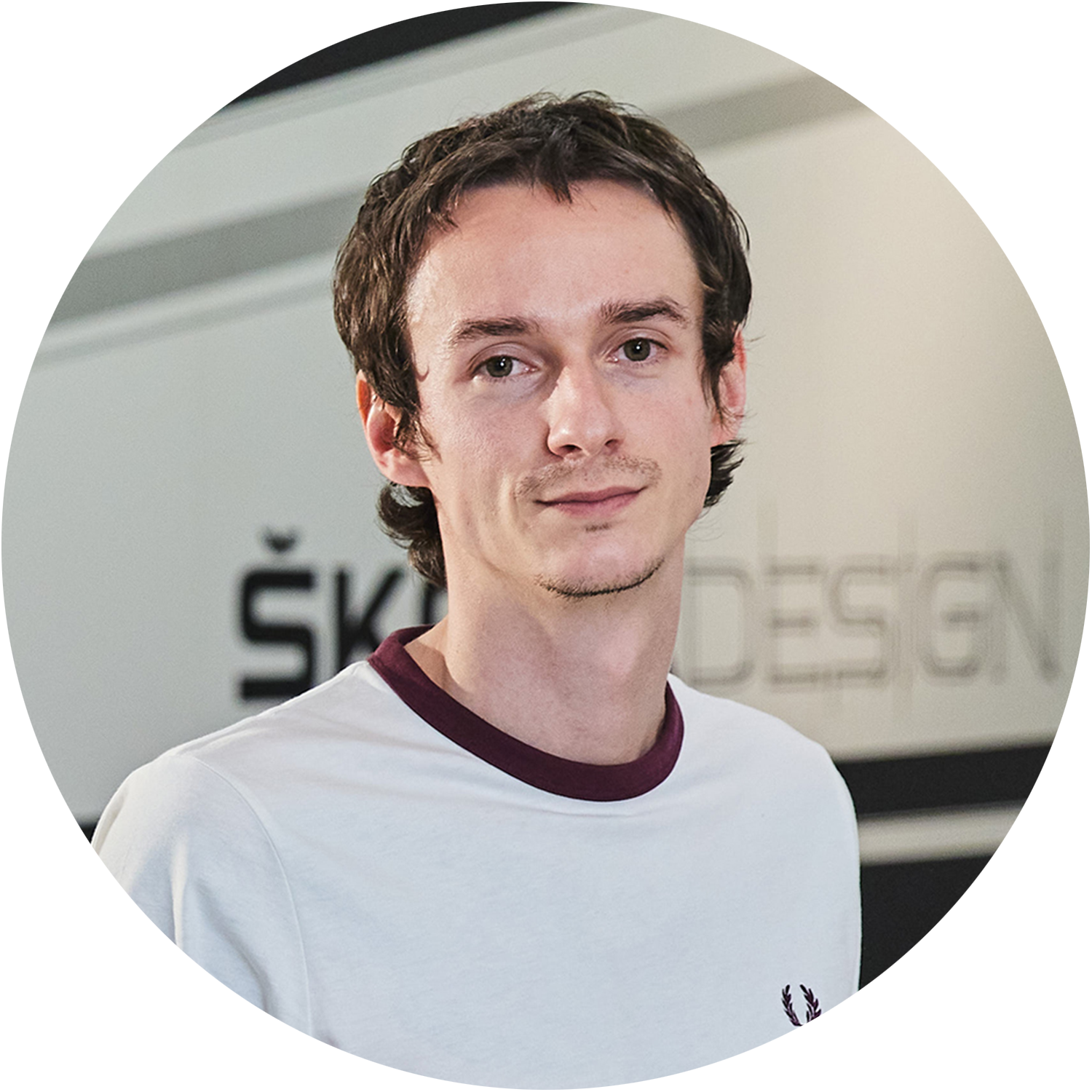 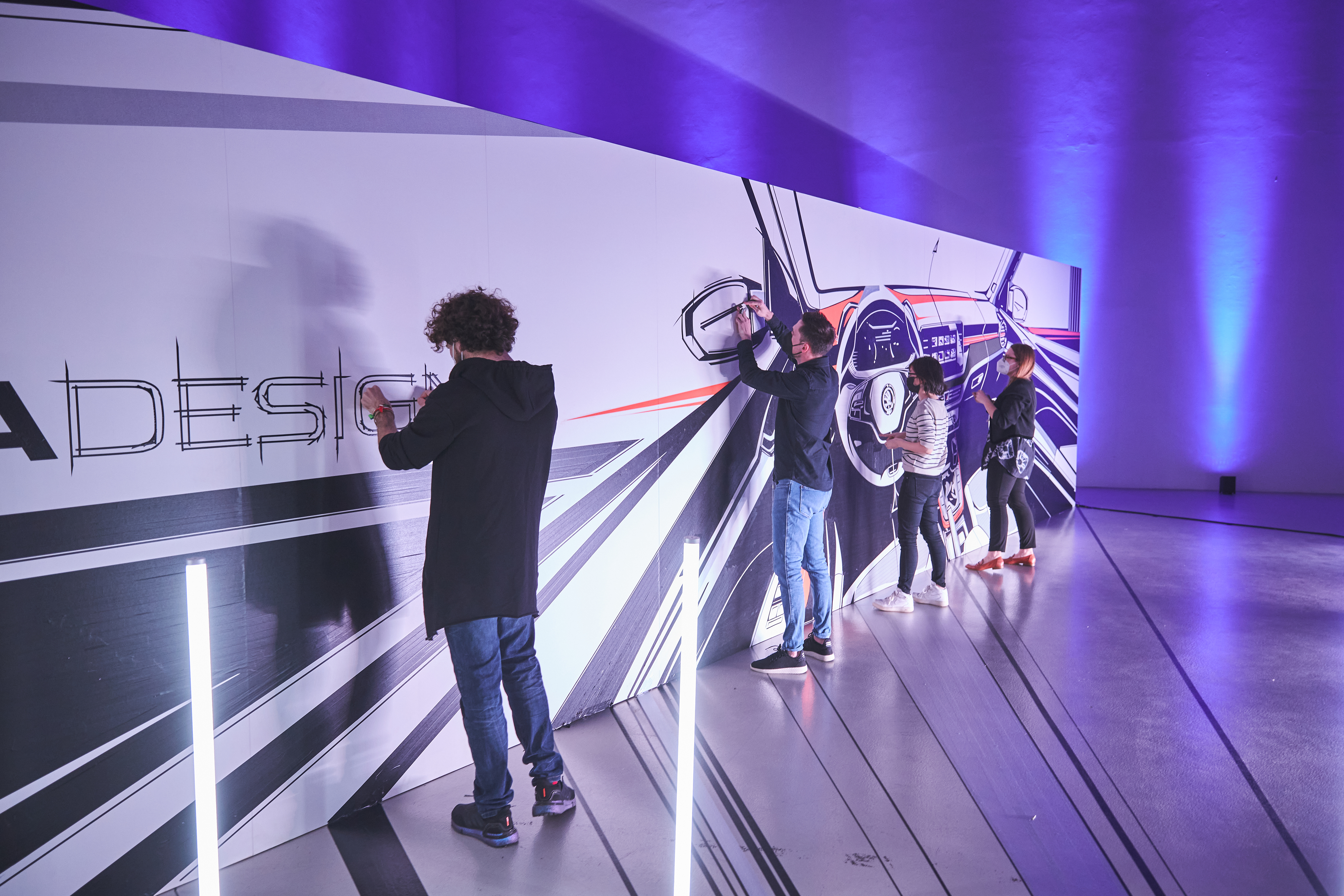 The wall in the DOX Center for Contemporary Art served as the basis.

But his colleagues from both design teams worked alongside him at the white wall in Prague’s DOX contemporary design centre. “It was real teamwork, which is a speciality of ŠKODA Design, in my opinion,” the designer says, praising the atmosphere both in the workplace and when the tape art image was being made. 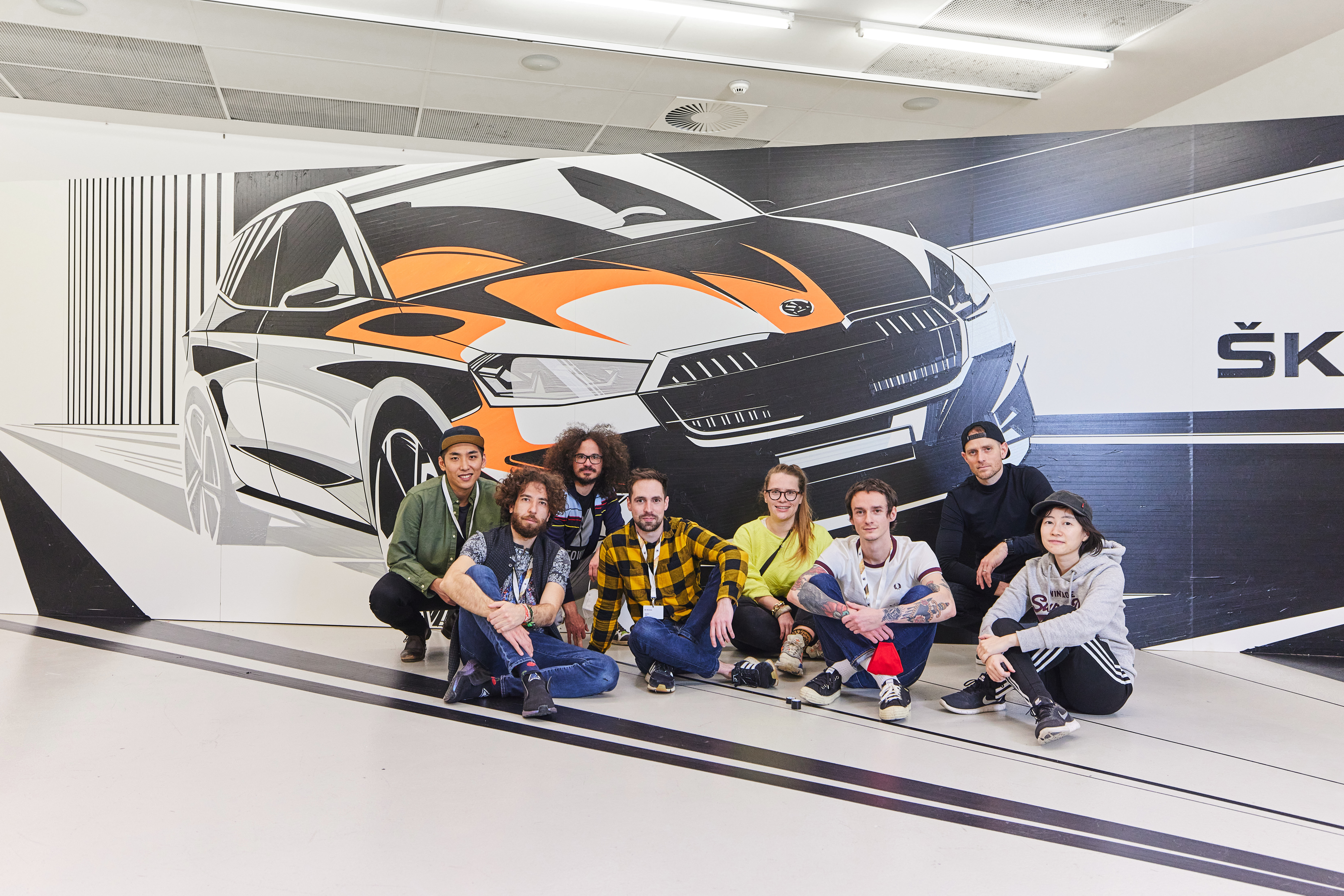 The artwork was a joint effort by ŠKODA Design’s interior and exterior design specialists.

Even chief designer Oliver Stefani and head of exterior design at ŠKODA Karl Neuhold joined in with their ten colleagues cutting and sticking lengths of tape, along with their ten other colleagues. And they were among the best at it. “It was obvious they have a lot of experience of working with tape,” Kovalík observed. Maybe that’s because exactly the same technique was previously used to “project” the shapes of new car designs on a scale of 1:1. These days, this technique has been replaced by digital tools. 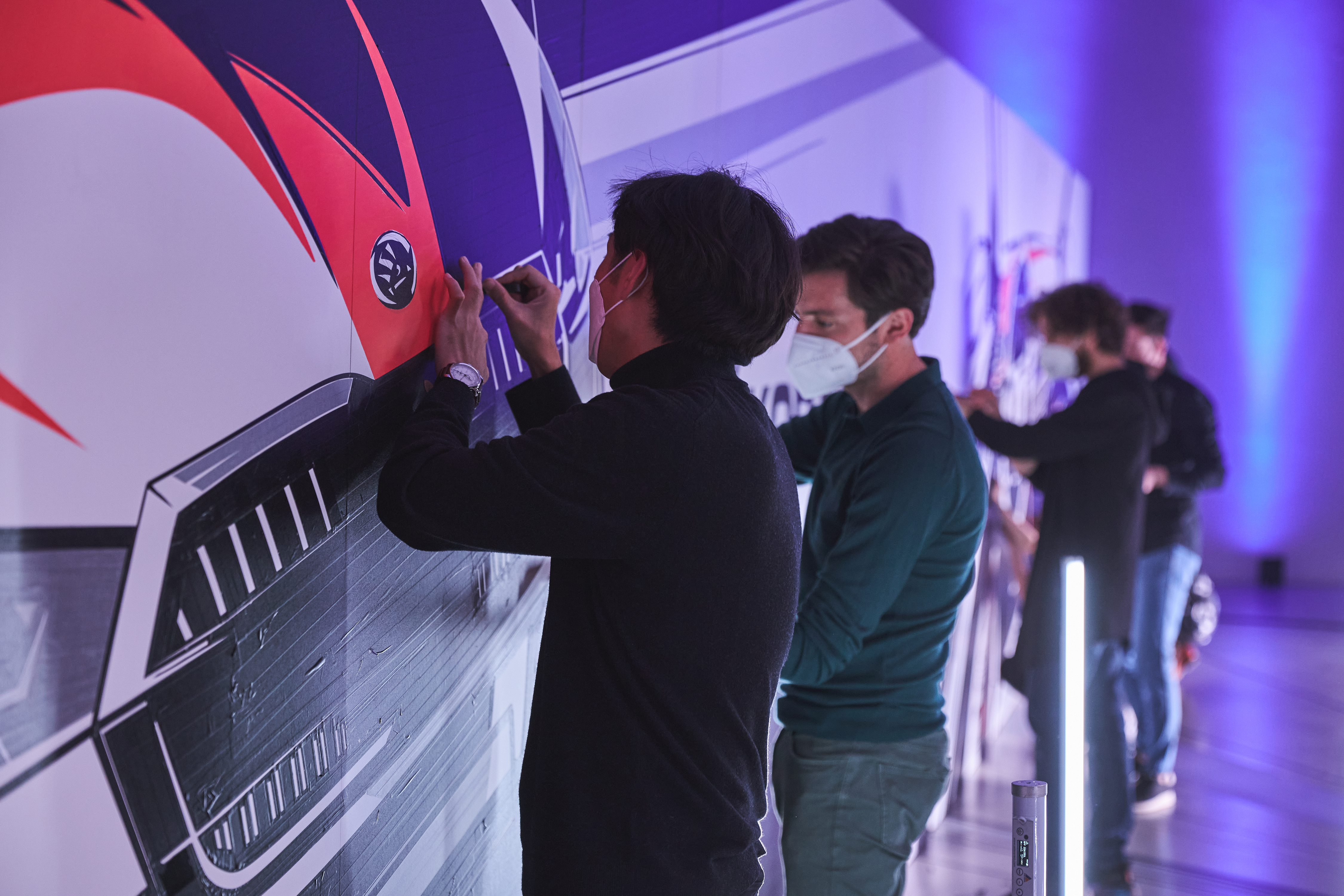 The two-dimensional image was created from thousands of meters of tapes.

But the creators of the giant artwork also had an electronic assistant: the lines were mapped out on the wall by projectors. “We could have done it without them, but it would have been a lot slower,” Kovalík explains. The biggest challenge was the sheer size of the surface, according to Kovalík. Does he know how much tape they used? “I reckon that tape could have stretched from Prague to Mladá Boleslav,” he laughs, referencing the 60 kilometres or so that separate the place where the real FABIA was made and the site of the artwork. Incidentally, the real FABIA has something else in common with the artwork: the material used for part of the dashboard panelling also featured in the tape art version of the interior.

WHEN DESIGNERS GET STUCK INTO STICKY TAPE 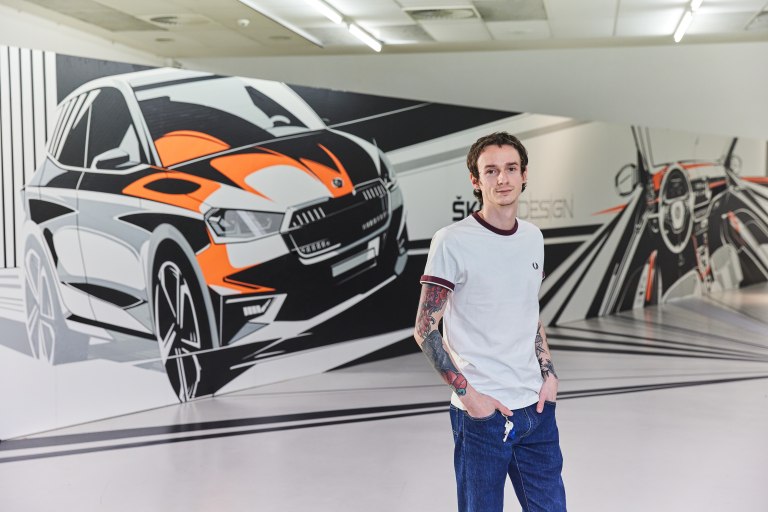 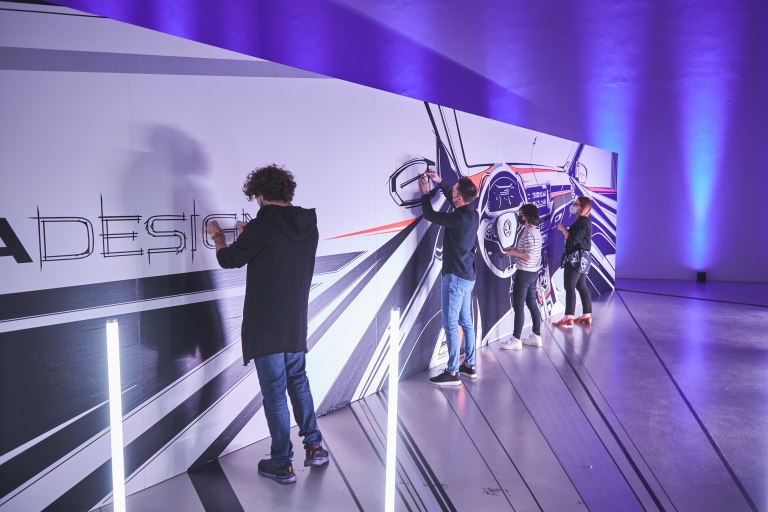 The wall in the DOX Center for Contemporary Art served as the basis. 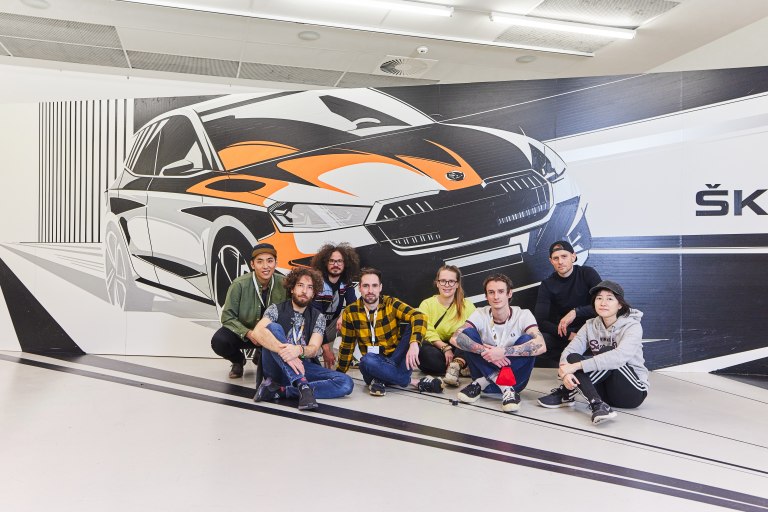 The artwork was a joint effort by ŠKODA Design Team. 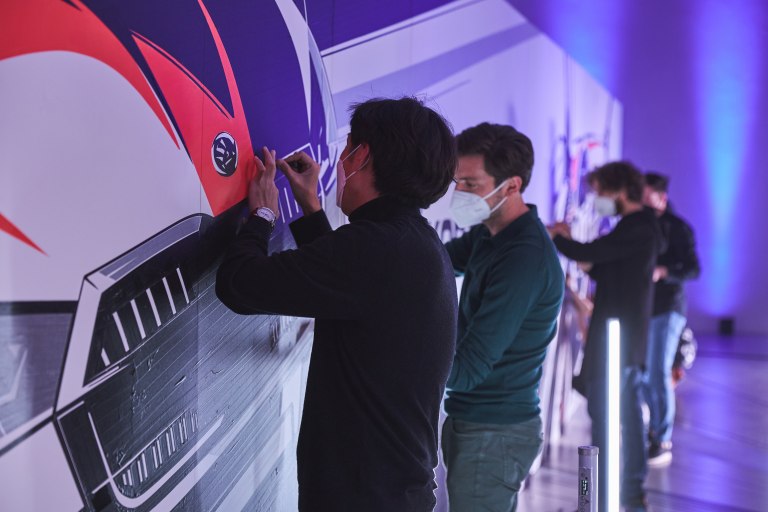 The two-dimensional image was created from thousands of meters of tapes.