Cars for firefighters, medics or the police have to be reliable and resilient, powerful, fast and safe. ŠKODA cars have been serving the community in this way for over a century now. You can see five of them in a new exhibition in the ŠKODA Museum.

The first to go into service was a VOITURETTE C-type with an extended wheelbase in 1906. It was used as a military ambulance to carry four stretchers in two bunks. Production of ambulances and fire trucks really took off during the First World War: the Mladá Boleslav factory turned out around a hundred reliable Laurin & Klement ambulances a year. 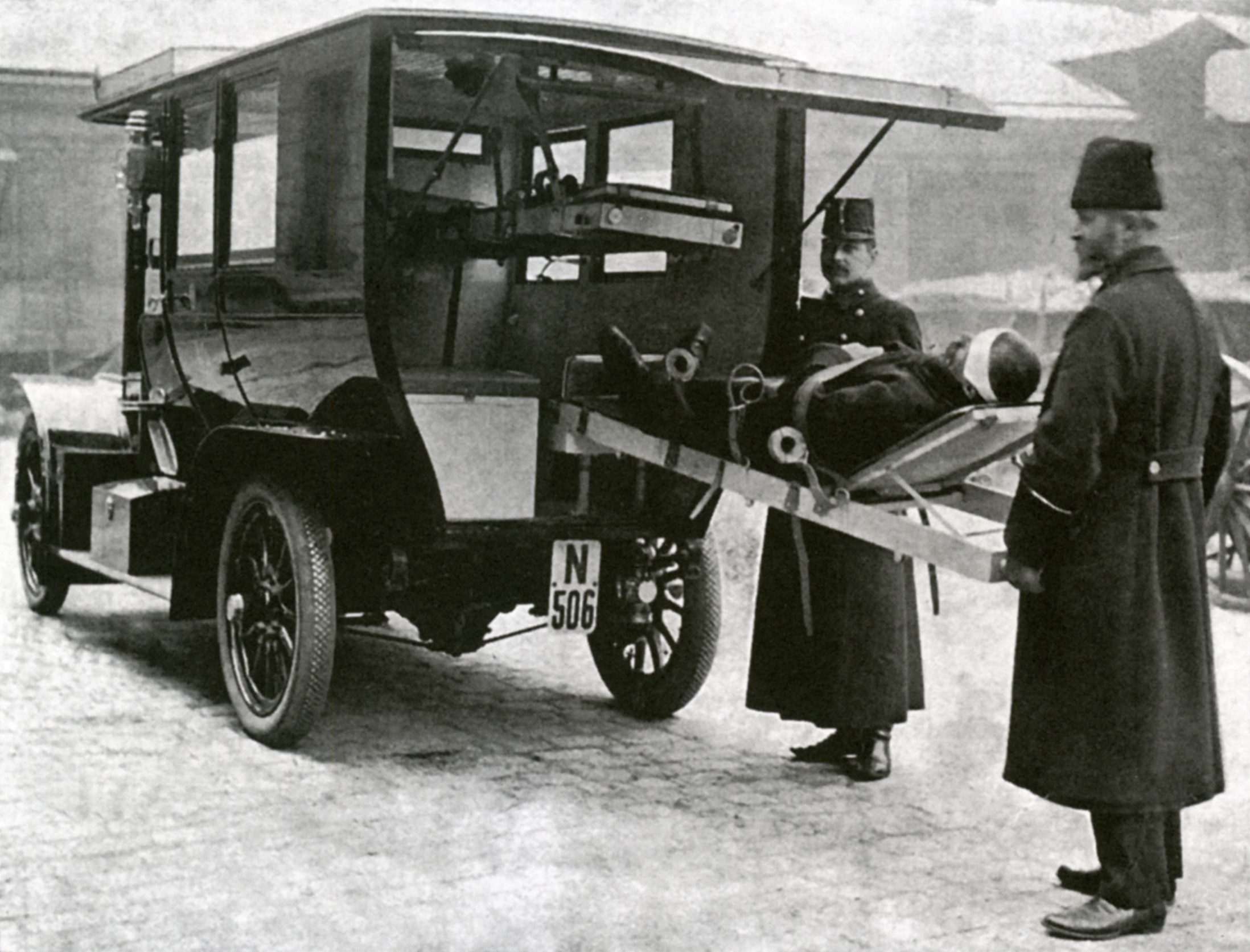 Laurin & Klement vehicles were used as military ambulances, for example.

Before the Second World War, chassis of all categories of ŠKODA cars were used for the manufacture of ambulances, the smallest being the 3,850 mm long POPULAR 995 Liduška, while the larger RAPID, FAVORIT and SUPERB models with a wheelbase of up to 3,415 mm offered greater speed, spaciousness and comfort. Lightweight open “emergency vehicle bodies” were also built in Mladá Boleslav on the chassis of the same models. For example, these allowed gendarmes or customs officers to easily jump out when chasing a suspect. Firefighters were provided with a wide range of modern ŠKODA commercial vehicles, culminating in the 606 and 806 models, i.e. six-cylinder vehicles with a cargo capacity of 6 or 8 tonnes. 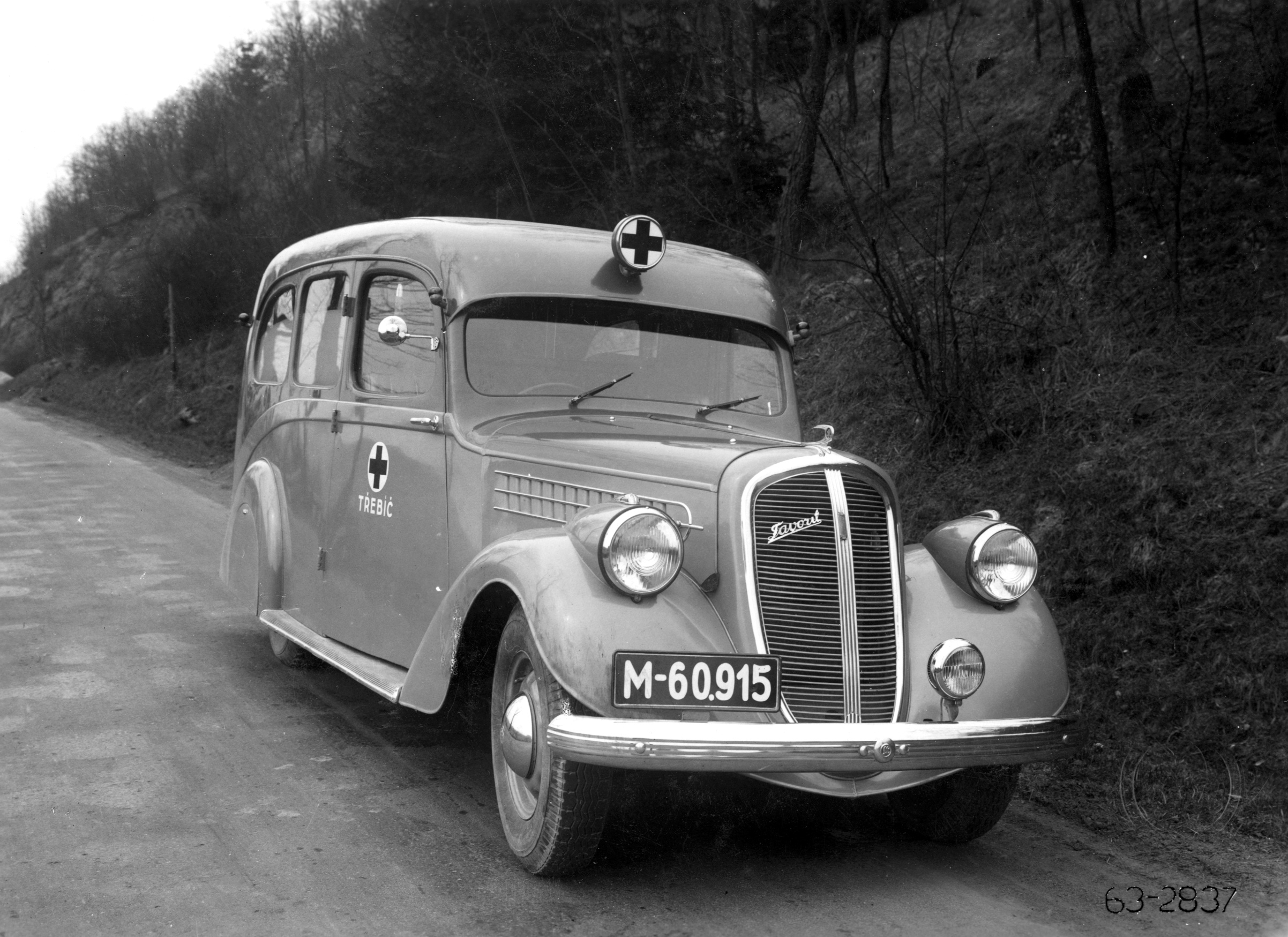 A ŠKODA FAVORIT 904 in the service of the hospital in Třebíč.

In May 1946, a year after the end of the war, production of ambulances based on ŠKODA 1101/1102 “Tudor” chassis started in Vrchlabí. With 1,100 litre engines delivering 23.5 kW, they could reach 90–100 km/h, and they saved lives even as far away as Cairo, Egypt. The compact and agile “Tudor” had a partition next to the driver that curved forward to accommodate a cot. The paramedic used a fold-down seat. Security forces around the world appreciated the ŠKODA 1101 P (police) “combat Tudors”, which, in the hands of an experienced driver and on suitable tyres, could do wonders in rough terrain even without all-wheel drive. 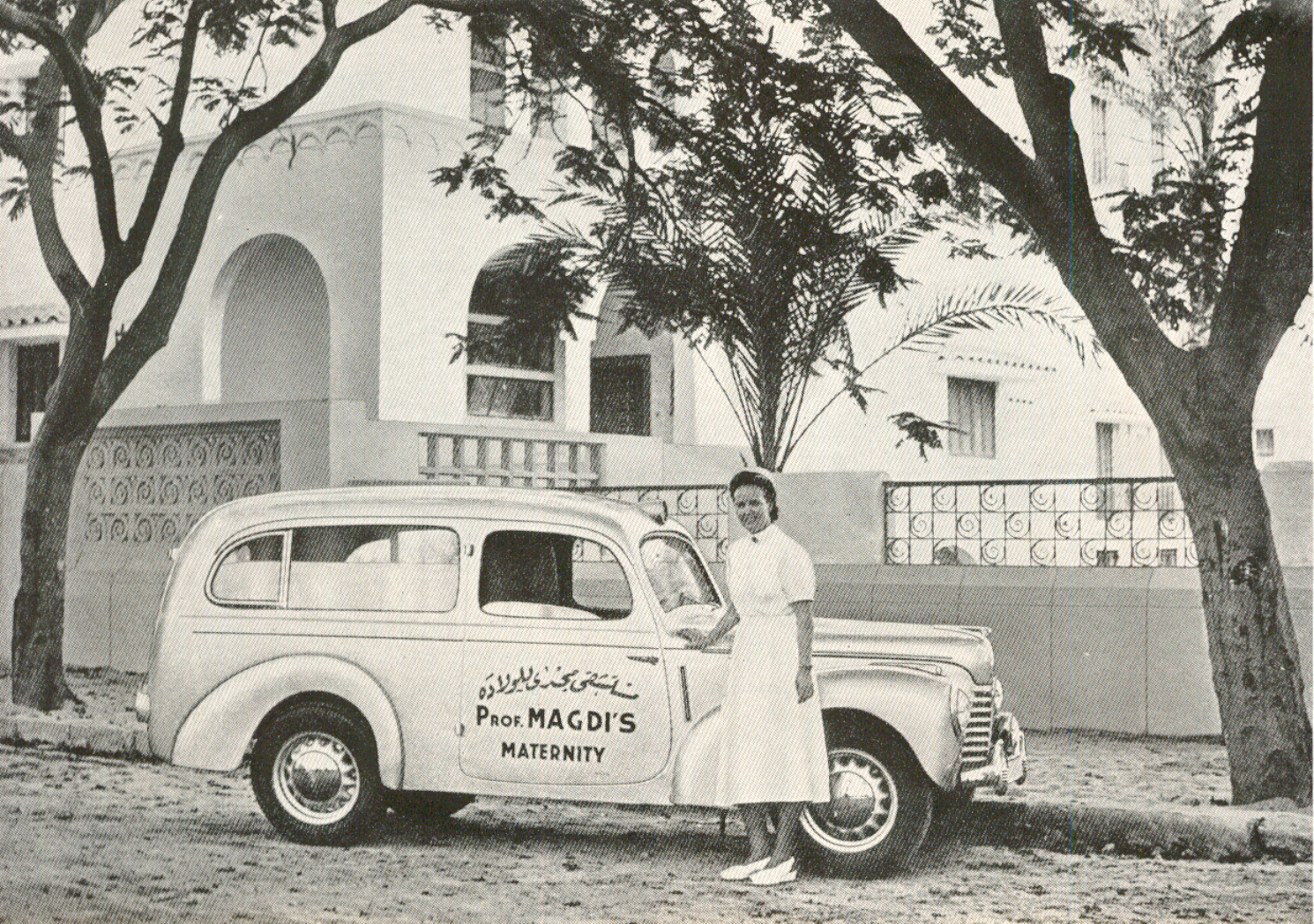 A postwar ŠKODA 1101 as an ambulance in Egypt

70 years ago, production of a 4.6 metre long ambulance derived from the ŠKODA 1200 STW estate, which could fit two cots side by side, began in Kvasiny. In 1961, the ŠKODA 1202 ambulances took up the baton, with innovations including the addition of two coil springs to the rear leaf suspension system. But it was the legendary ŠKODA 1203, however, with its bonnet-less body, internal volume of over 5 m3 and overall length of only about 4.5 metres, that became the Czech carmaker’s most widely used ambulance. 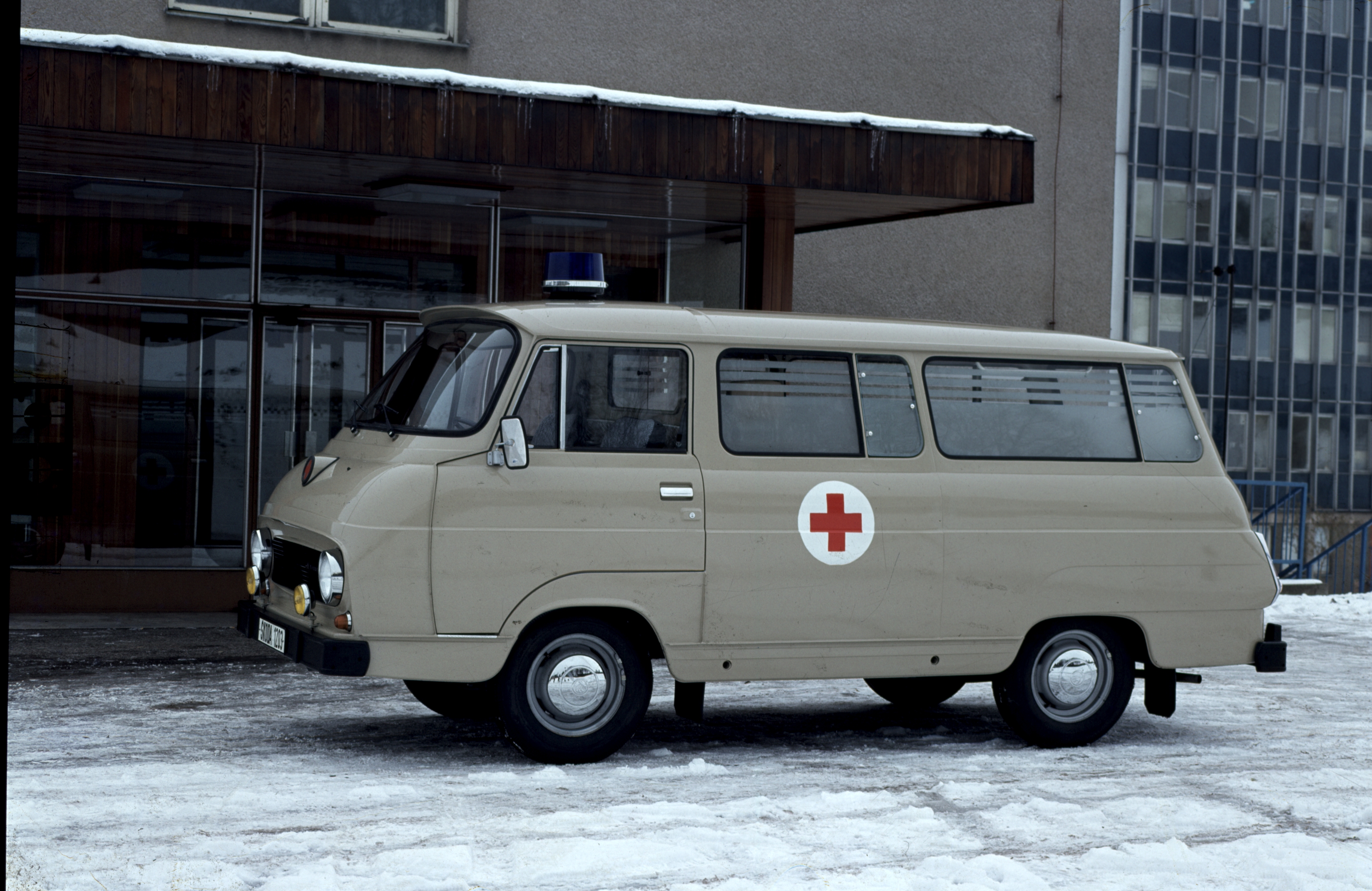 The ŠKODA 1203 had many modifications, but the classic one was the ambulance.

A major qualitative leap came in the late 1980s with the arrival of a new generation of front-wheel drive, transverse-engine ŠKODAs. This made it possible to lower the floor at the rear of the car and put virtually any superstructure on it. Although the ŠKODA FAVORIT 788 from 1992 never made it into production, the FORMAN and FORMAN PLUS vans (1990-1995) went into service in hospitals. These were followed by ambulance versions of the FELICIA COMBI (1995-2001) and, after 1998, the OCTAVIA COMBI. 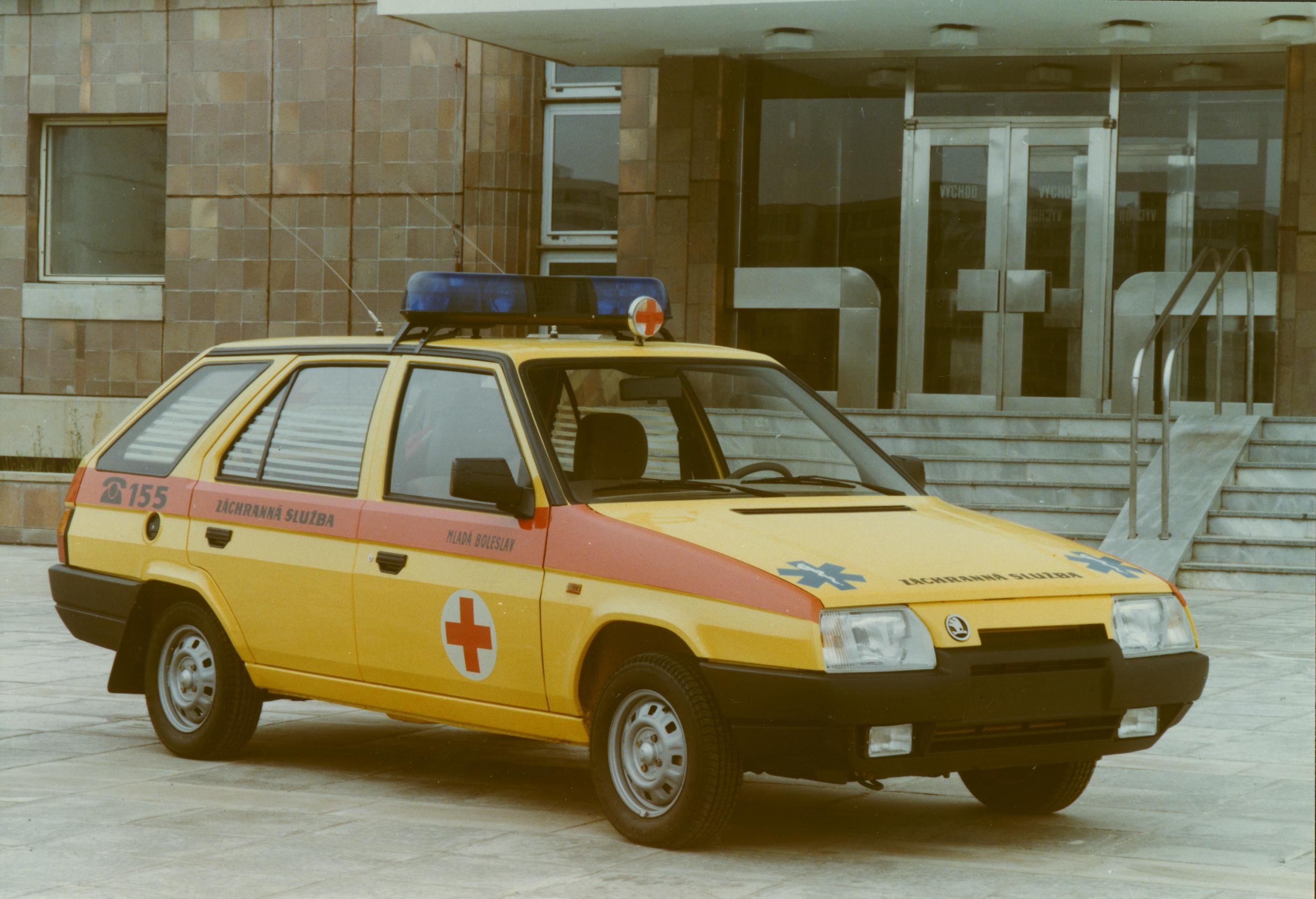 A ŠKODA FORMAN was used by the ambulance service in Mladá Boleslav at the start of the 1990s.

The current exhibition at the ŠKODA Museum featuring five rare ŠKODA utility vehicles will run until the beginning of October this year.

A total of 176 passenger cars and light utility vehicles were produced on the chassis of the L&K Mf and Mg series luxury cars in the years 1917–1923. One of the many variants was the fire truck body. The powerful four-cylinder 4,713 cc engine with a then impressive output of 50 hp (36.8 kW) brought firefighters to the fire faster thanks to its top speed of 90 km/h (90 mph). 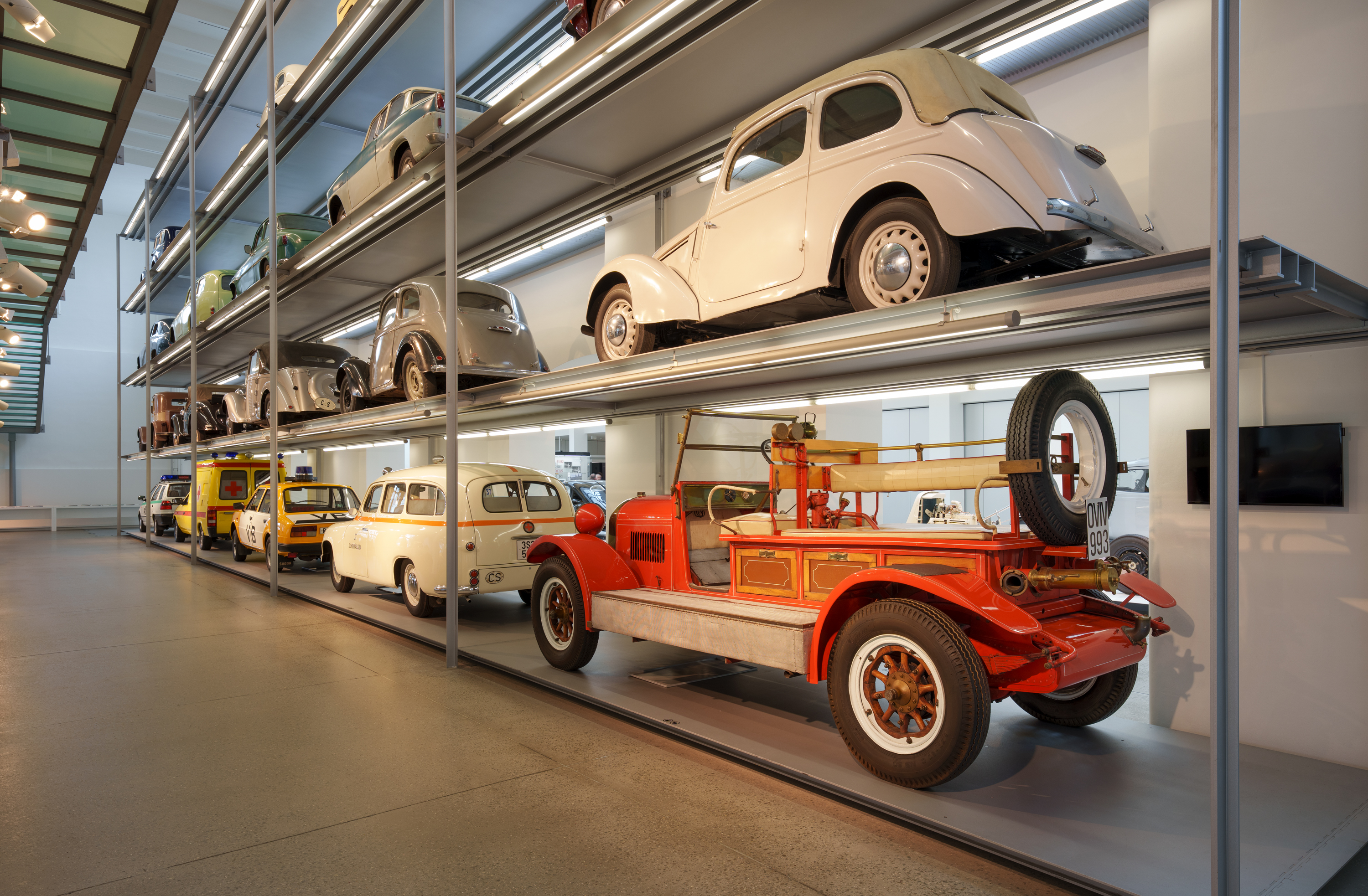 The Š 1201 STW was the basis for a series of ambulances with external dimensions of 4,620 x 1,680 x 1,600 mm. It benefited from the advantages of a robust frame chassis with an all-metal body and comfortable suspension with independently suspended wheels. The 1,221 cc/45 hp (33.1 kW) engine gave the ambulance, which weighed just 1,190 kg, a top speed of 110 km/h (110 mph). Belonging to a private collection, the displayed car was used by the ambulance service in the Šumperk district. It differed from ordinary ambulances for transporting patients by its longer body and two-part rear door. 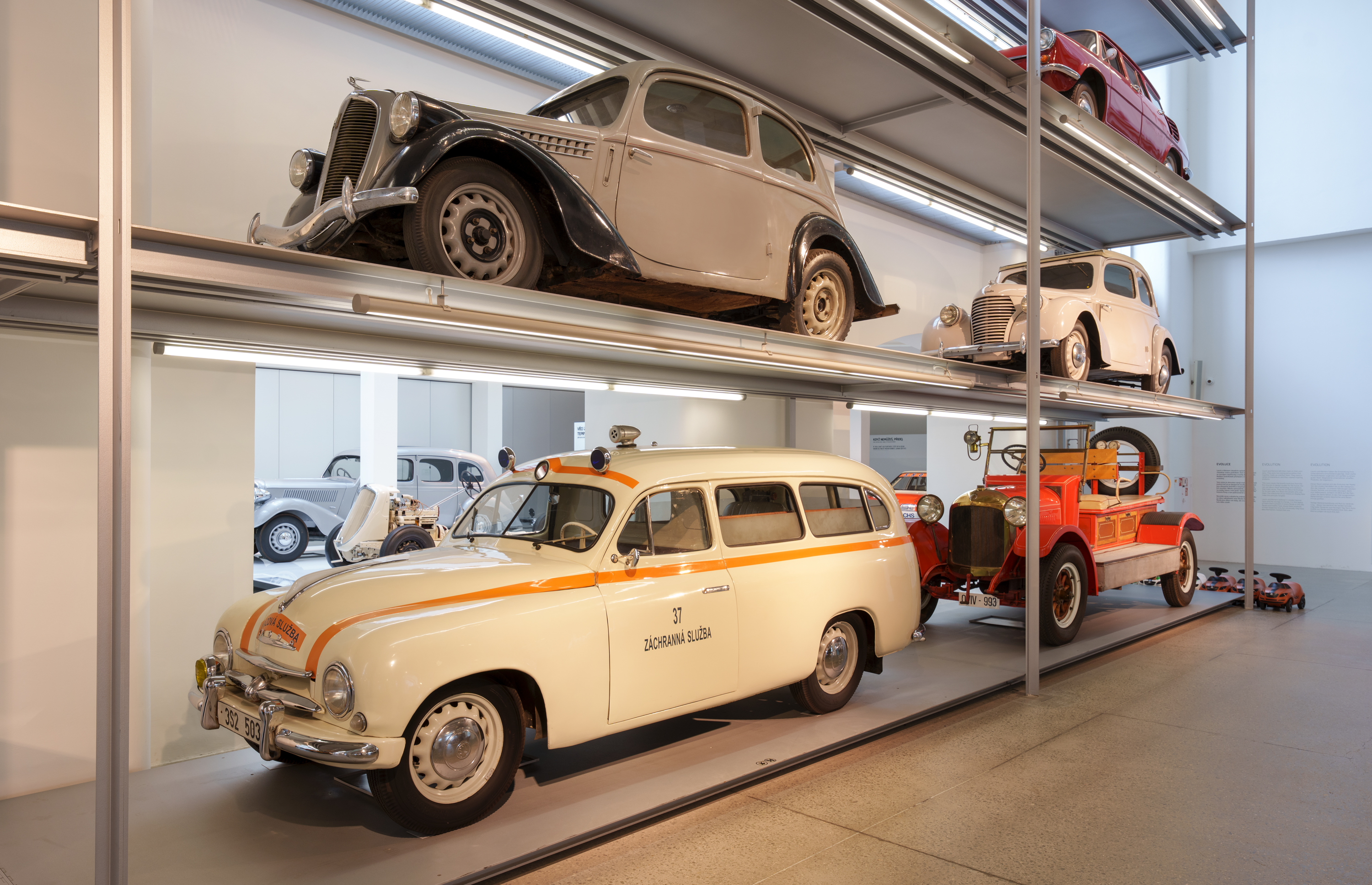 Compared to its predecessor the ŠKODA 110, the 120 offered greater protection for the crew and a more modern design. It had a rear-mounted 1,174 cc/50 hp (36.7 kW) four-cylinder engine. This design was not only advantageous on slippery gradients, but also proved its worth in rally racing. The original blue bodywork of the “VB” (Czechoslovak state police) cars with white stripes was gradually replaced in 1975-1979 by a yellow and white design with black “VB” lettering. This ŠKODA 120 with the later design is from a private collection. 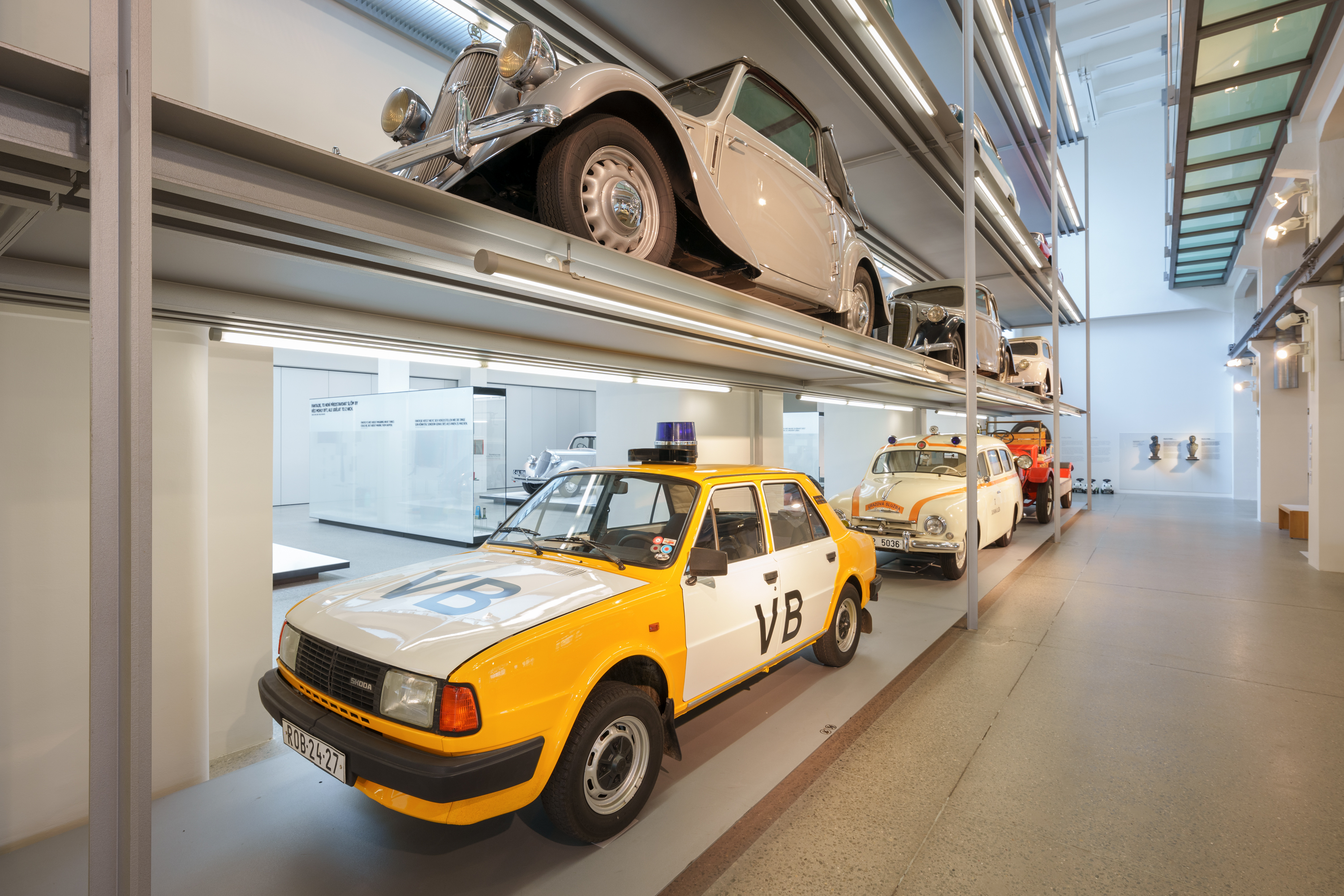 The body versions of a new front-wheel drive car formed the basis for mass production of a hatchback (FAVORIT, from 1987), estate (FORMAN) and light commercial vehicle (PICK-UP). Alternatives that didn’t go further than the prototype stage included the Š 786 light utility vehicle with a wheelbase of 3,100 mm and a partially glass-sided body designed for transporting disabled people and the sister ambulance version on display here, the ŠKODA 788, one of a number of prototypes and sports cars kept in the ŠKODA Museum’s depositories. 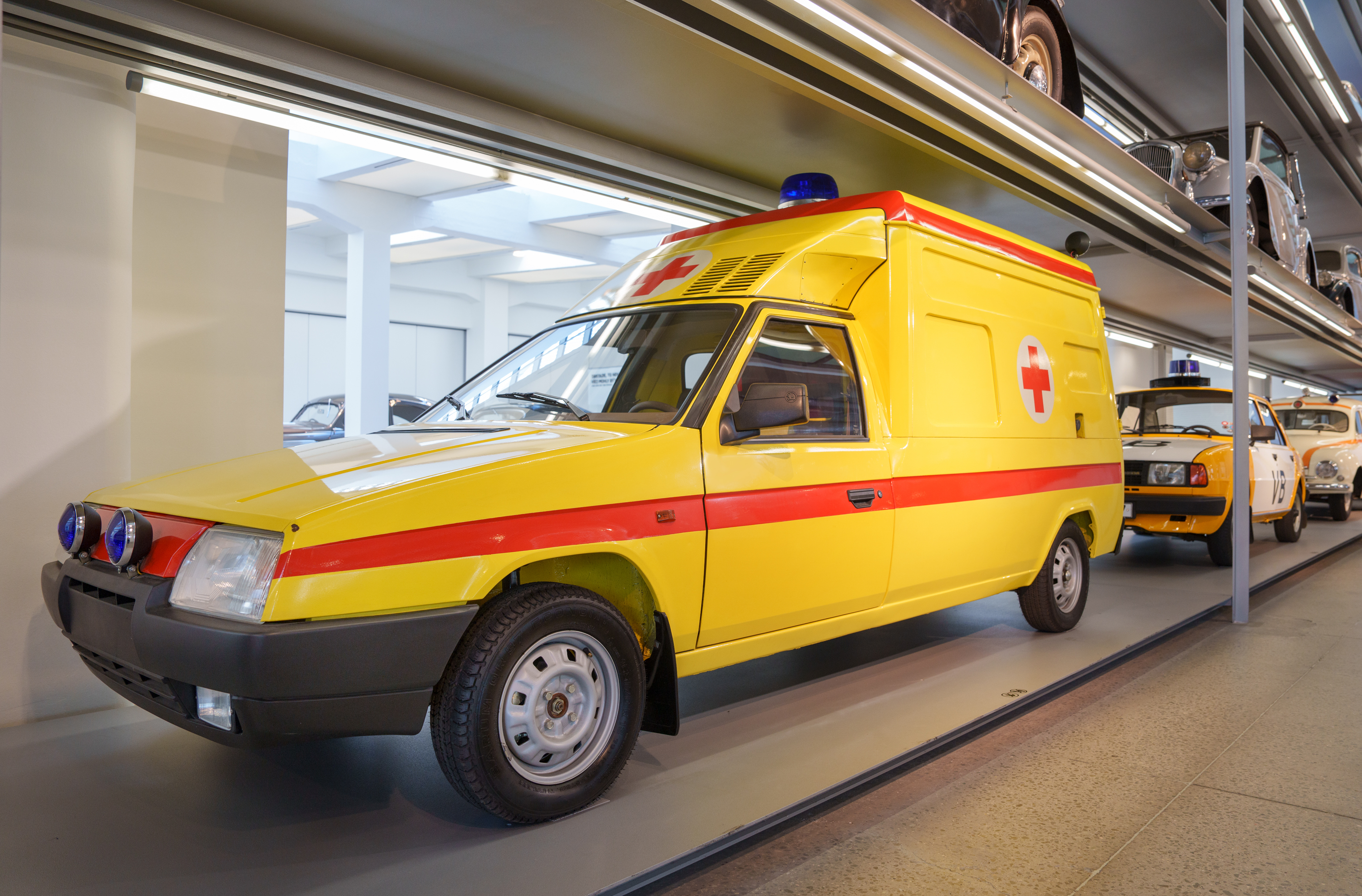 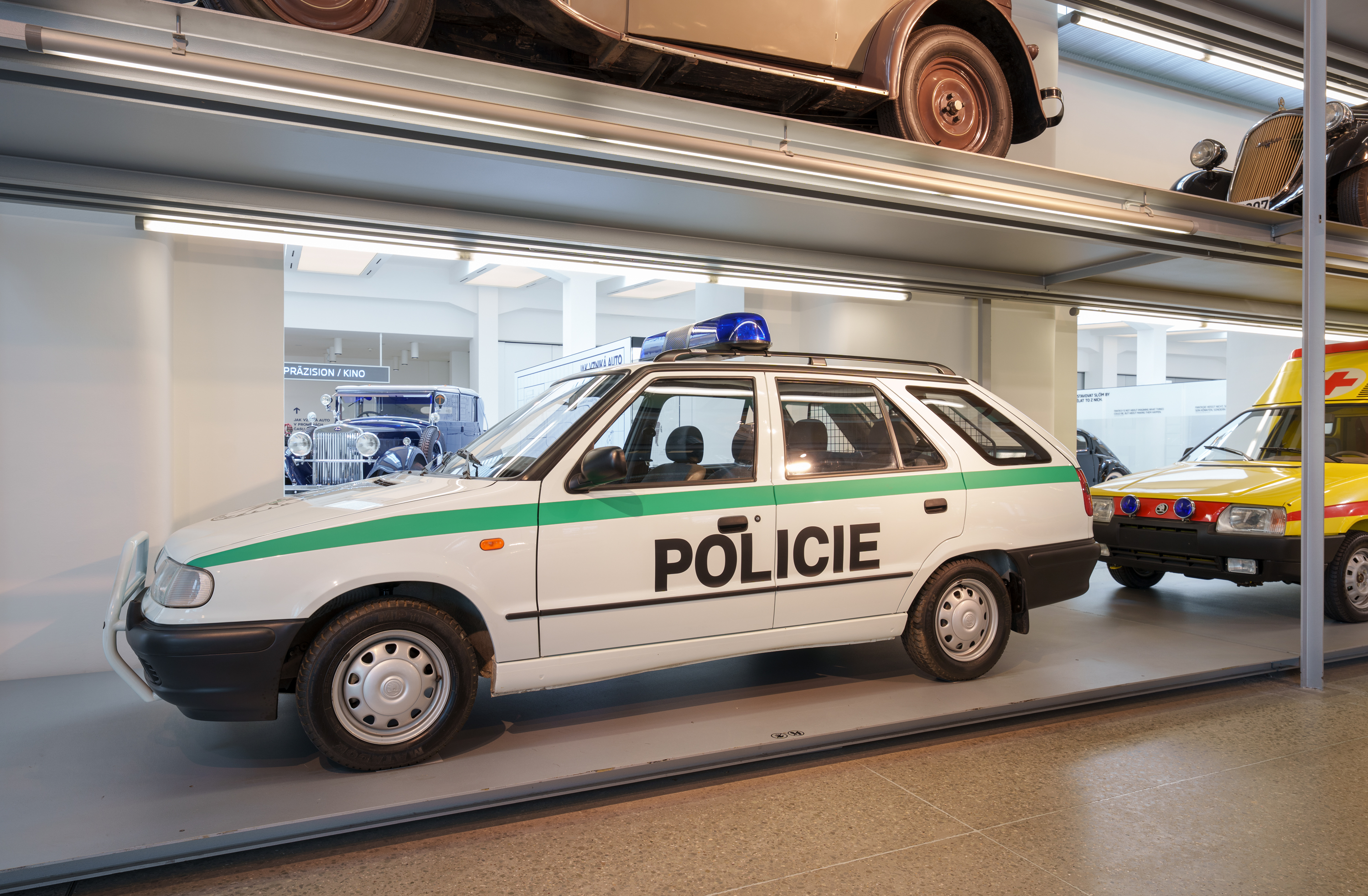 To protect and to serve

ŠKODA vehicles tailored to the needs of customers have long proven themselves in demanding service with the Austrian, Swiss, French, Italian, Finnish, Israeli and Ukrainian police forces. British police forces have recently deployed not only the OCTAVIA RS as an interceptor, but also the all-electric ŠKODA ENYAQ iV SUV. The Czech interior ministry has taken delivery of over 20,000 ŠKODAs of various models and specifications since 1993. The OCTAVIA and SCALA are the main vehicles in service in the Czech Republic today, but SUPERB and KODIAQ cars are also used by the Czech police. 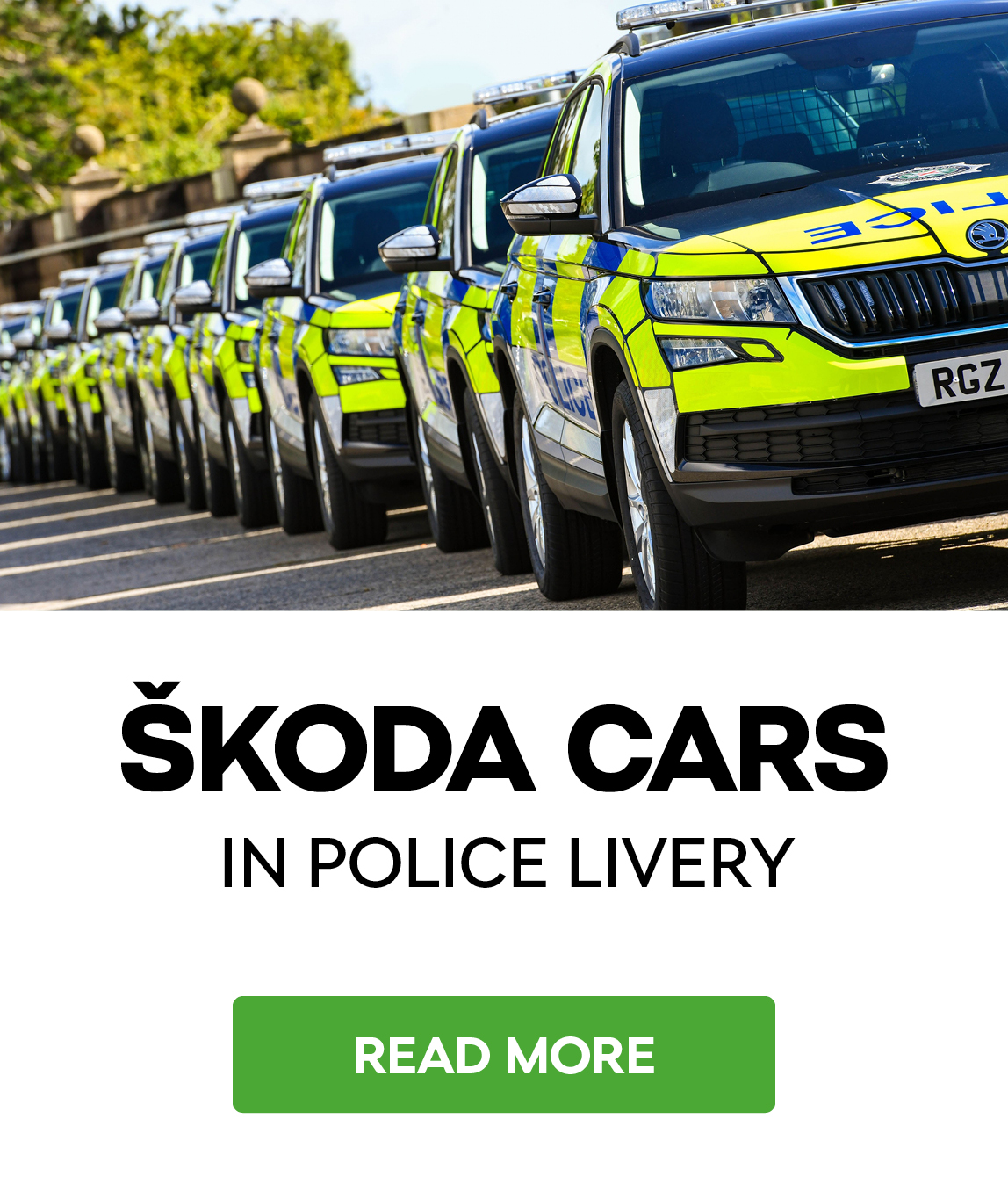 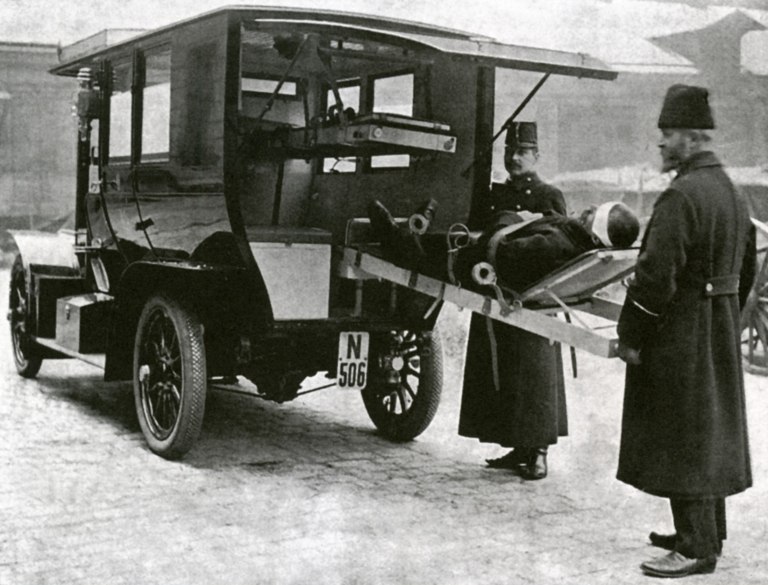 Laurin & Klement vehicles were used as military ambulances, for example. 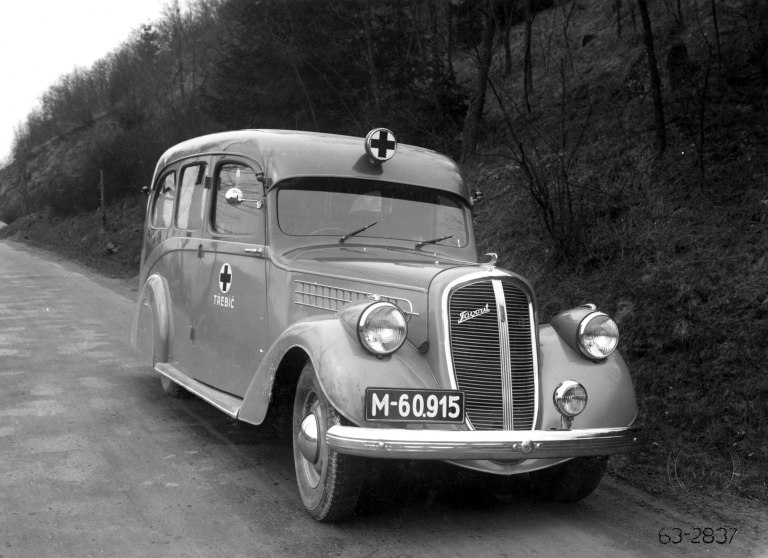 A ŠKODA FAVORIT 904 in the service of the hospital in Třebíč. 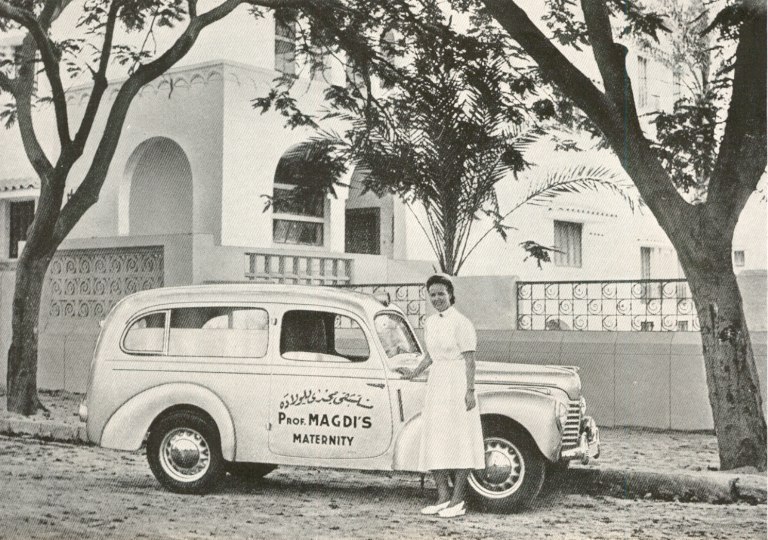 A postwar ŠKODA 1101 as an ambulance in Egypt 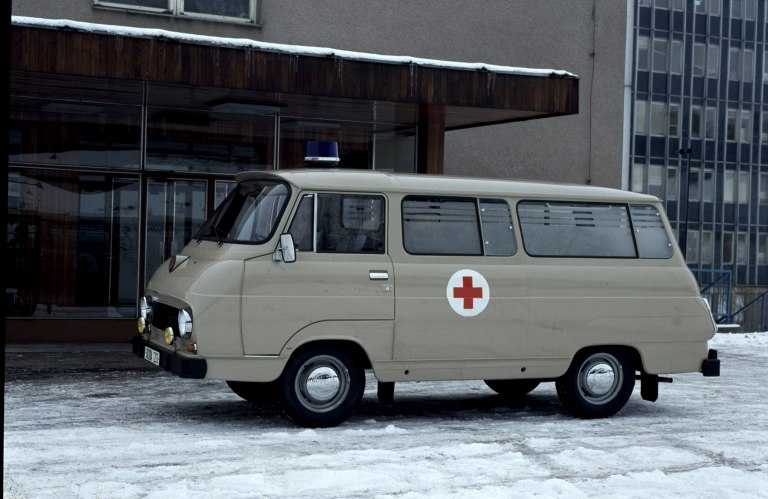 The ŠKODA 1203 had many modifications, but the classic one was the ambulance. 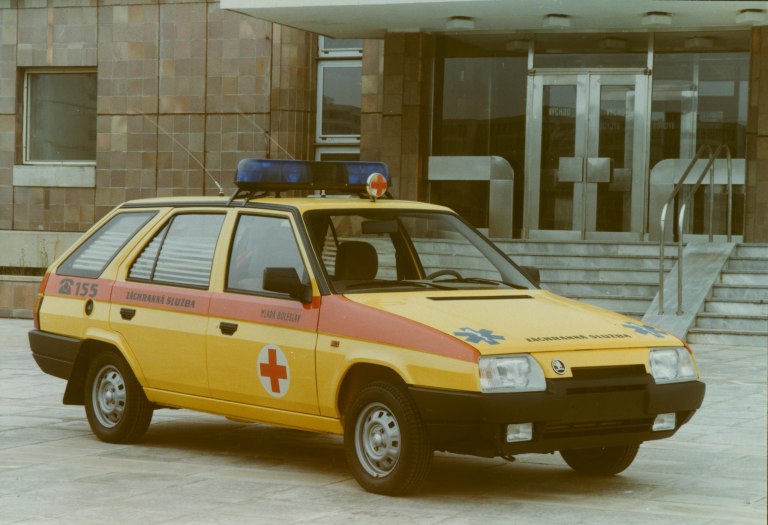 A ŠKODA FORMAN was used by the ambulance service in Mladá Boleslav. 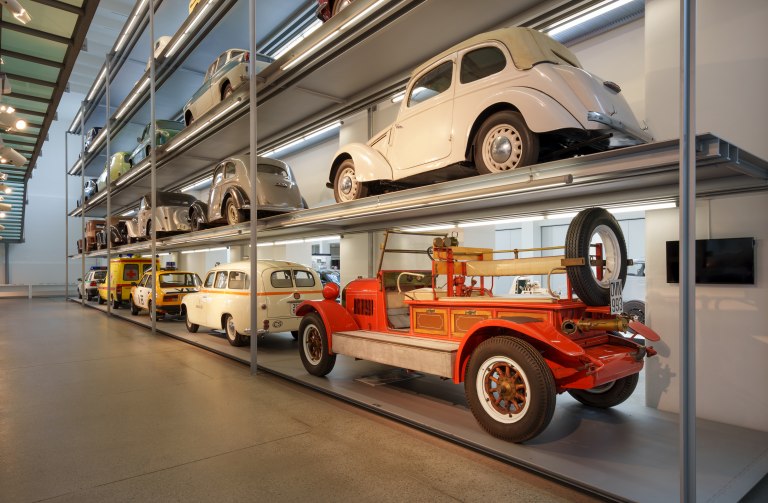 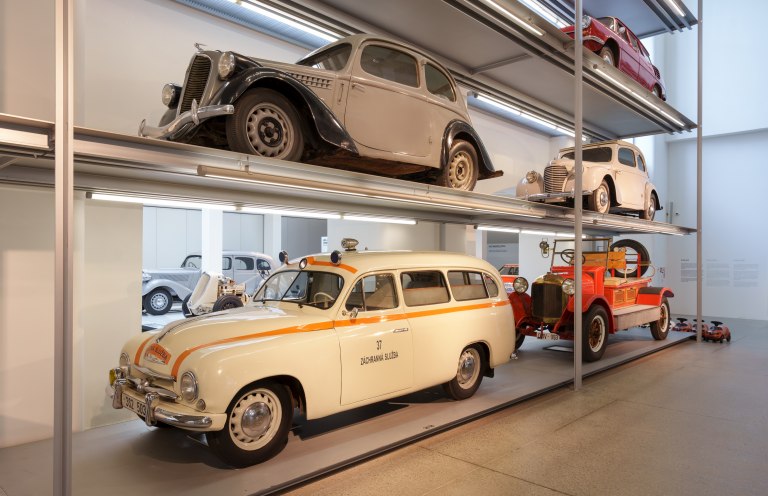 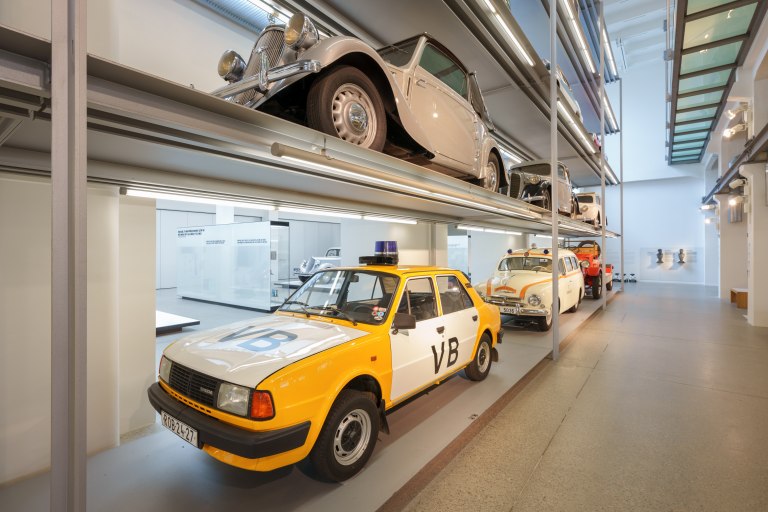 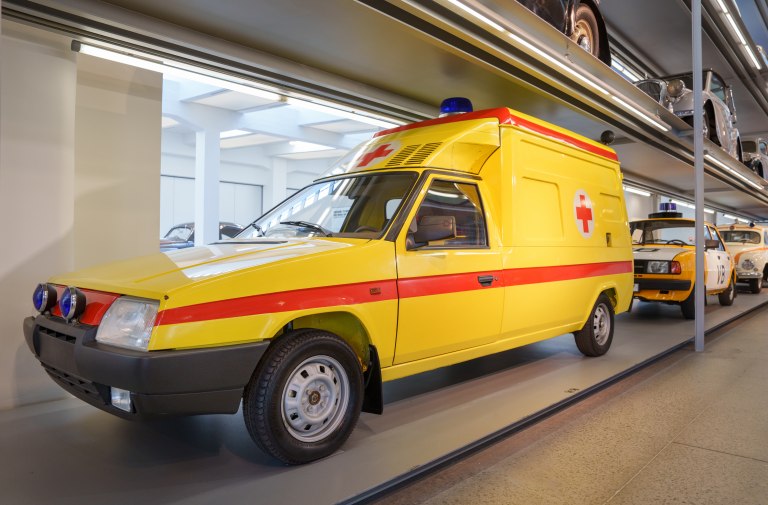 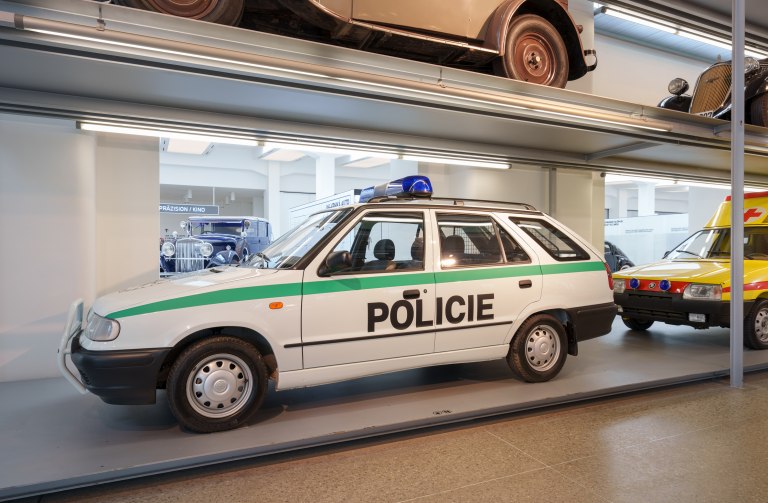