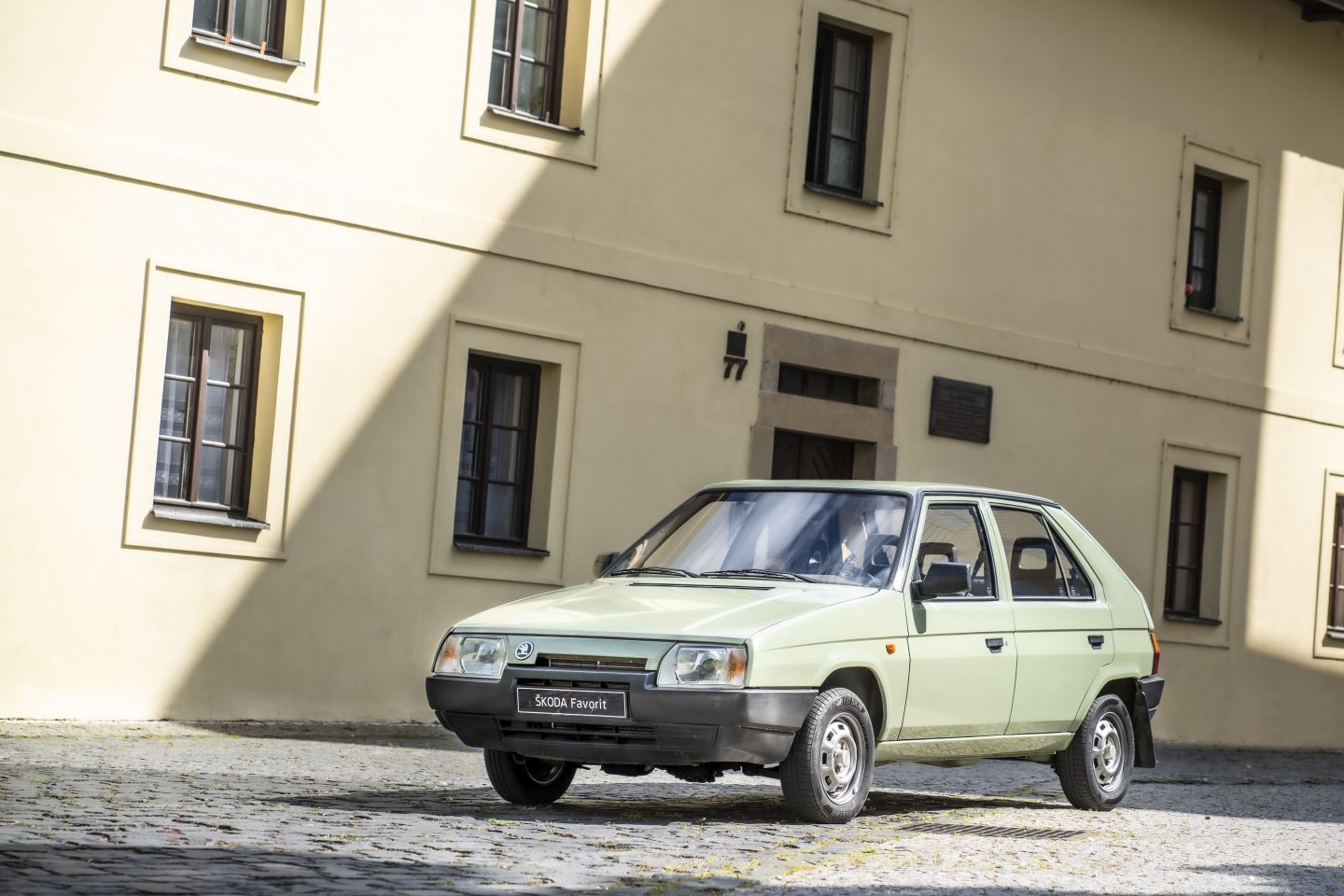 › ŠKODA presented its first vehicle with modern front-engine and front-wheel drive with the FAVORIT hatchback model in 1987
› By 1994, a total of 783,167 FAVORITs had been produced at the Vrchlabí and Mladá Boleslav plants
› After four class victories at the 1994 Monte Carlo Rally, the ŠKODA FAVORIT also won the FIA Formula 2 World Cup for front-wheel-drive rally cars

Mladá Boleslav, 3 August – In 1987, the innovative ŠKODA FAVORIT placed the Czech car manufacturer on a par with cars from Western manufacturers. ŠKODA’s compact model with front-engine and front-wheel drive paved the way for the unprecedented development of the Czech brand under the Volkswagen Group umbrella and laid the foundation for an entirely new vehicle family. At the same time, the FAVORIT also enjoyed considerable success on circuit and rally tracks.

Between 1905 and 1963, the cars produced in Mladá Boleslav were almost exclusively characterised by the technical concept of a longitudinally mounted front-engine and rear-wheel drive. In 1964 the notchback ŠKODA 1000 MB broke with this convention and heralded an era of vehicles with rear engine and rear-wheel drive at ŠKODA. In the following decades, this concept drastically limited the possibility of offering customers a wider range of bodywork variants. The state, as the owner of the car manufacturer at the time, had limited funds available to make adjustments, so the rear-engine and rear-wheel-drive concept was retained well into the 1980s.

Ultimately, however, the transition to a new generation of vehicles could no longer be postponed. In December 1982, the Czechoslovak government decided to develop a modern car with an engine mounted across the front wheels within five years and began preparing for its production. At ŠKODA in Mladá Boleslav, a team of highly motivated employees headed by project manager Petr Hrdlička set to work and – despite all the obstacles of the planned economy at the time – created a compact model in the shortest possible time that did not have to fear being unfavourably compared to models from Western competitors.

The renowned studio Stile Bertone from Turin was responsible for designing the hatchback model and other body variants derived from it – from the notchback saloon to an estate and pick-up version. The design of the new vehicle was in the hands of ŠKODA experts, but the Czech company also enlisted the expertise of foreign specialists such as Porsche. For example, the sports car manufacturer provided support for the engine suspension and front axle geometry, and also shared its experience in optimising the interior noise.

It soon became clear that the new FAVORIT represented significant progress and pointed the way to the future. Although it was 40 millimetres shorter than its predecessor ŠKODA 120, the interior was 85 millimetres longer and therefore offered sufficient space for a fully-fledged family vehicle. The FORMAN estate version was released soon afterwards for customers who needed even more interior space. The FAVORIT development team also devoted significant resources to testing the new model. The tests took place under laboratory conditions as well as in climatically extreme regions such as the high altitudes of the Alps and the summer heat of the Riviera.

The FAVORIT was powered by a comprehensively revised version of the familiar aluminium engine with overhead OHV valves, which generated either 43 kW or 46 kW from a displacement of 1,289 cc and kept pace with the latest consumption and emission standards. At the same time, the noise level and stability of the four-cylinder engine were also improved, enabling it to cover up to 250,000 kilometres before a full service was required.

The ŠKODA FAVORIT was officially presented on 16 September 1987. It first rolled off the assembly line at the Vrchlabí plant, and series production was subsequently launched in Mladá Boleslav in August 1988. The 136 L (deluxe) version cost CZK 84,600 – at that time, this was equivalent to 27.5 average months’ wages of around 3,070 crowns.

After the transformation of former Czechoslovakia and the transition to a market economy following the Velvet Revolution in November 1989, ŠKODA was looking for a strong strategic partner who could secure the long-term future of the company under the radically different economic conditions. In the spring of 1991, the Czech car manufacturer became the fourth brand to join the Volkswagen Group. Shortly afterwards, the FAVORIT was extensively revised, focusing primarily on the areas of quality, technology, safety and design.

The international success of the hatchback model even in demanding markets was flanked by the FAVORIT’s impressive performances in motorsport. The rally version 136 L/A won its class at the Monte Carlo Rally no fewer than four times between 1991 and 1994 and secured the FIA Formula 2 World Cup for two-wheel-drive rally cars with two-litre displacement in 1994.

Between August 1987 and September 1994, ŠKODA produced 783,167 units of the FAVORIT. Along with the FORMAN estate and the commercial vehicle variants, including the PICK-UP, a total of 1,077,126 vehicles had been manufactured by mid-1995. The ŠKODA FELICIA and the FELICIA COMBI eventually succeeded the FAVORIT in the autumn of 1994. 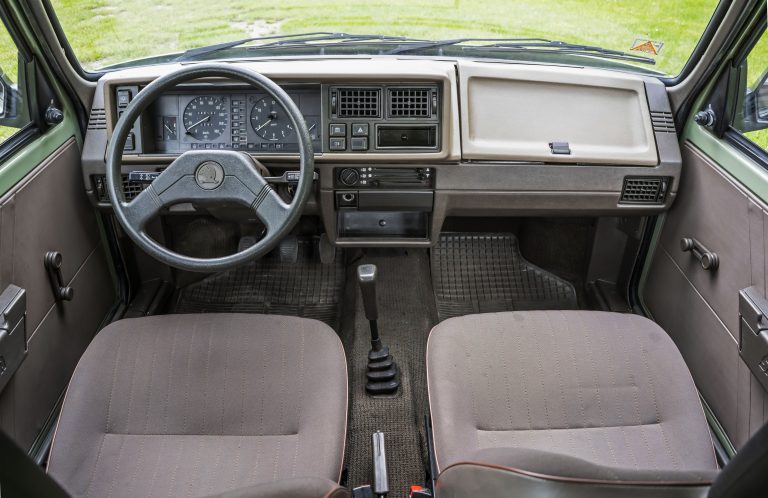 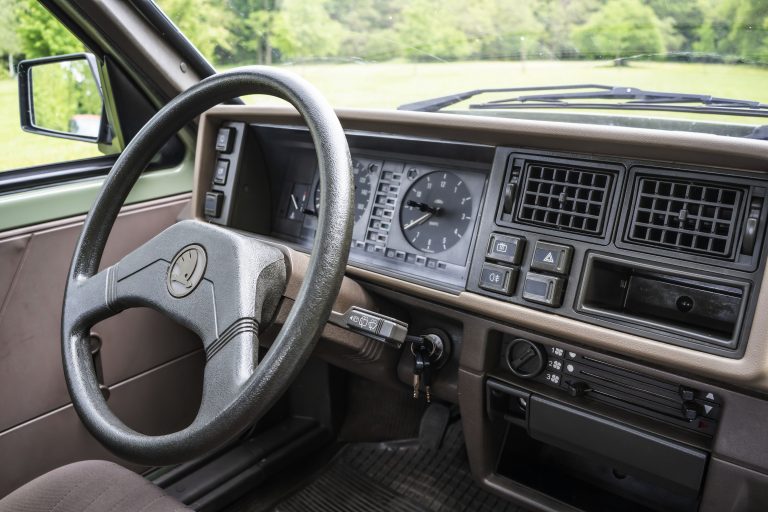 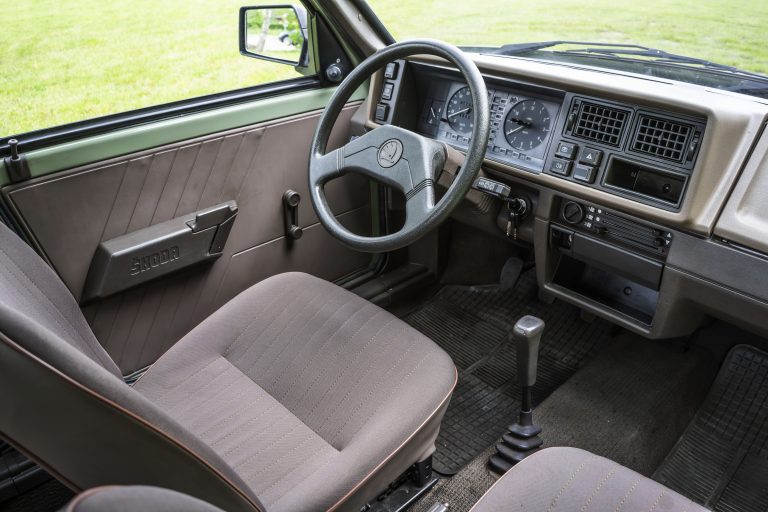 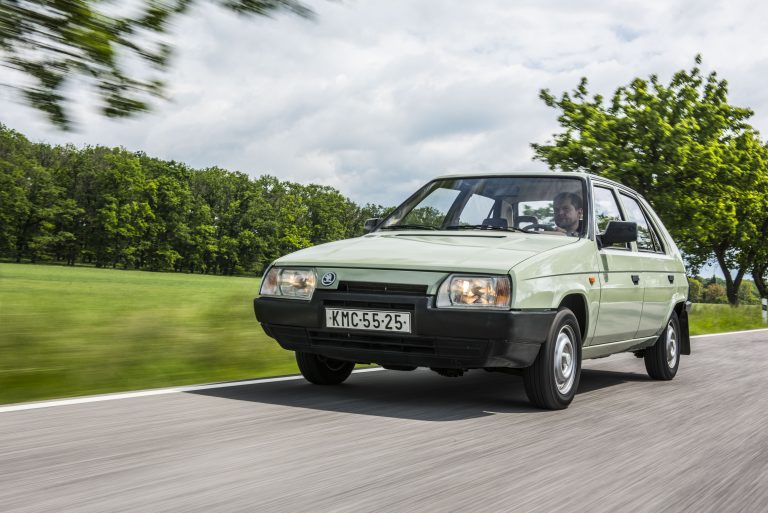 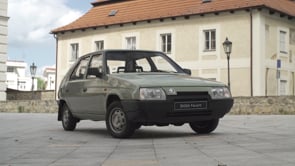 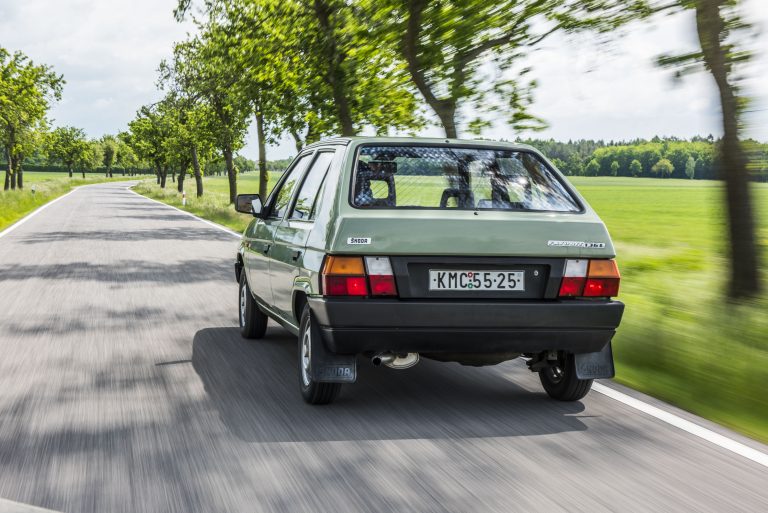 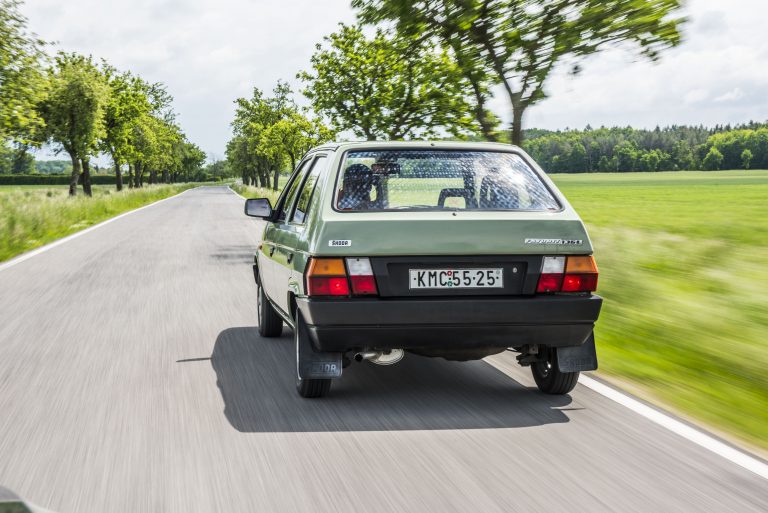 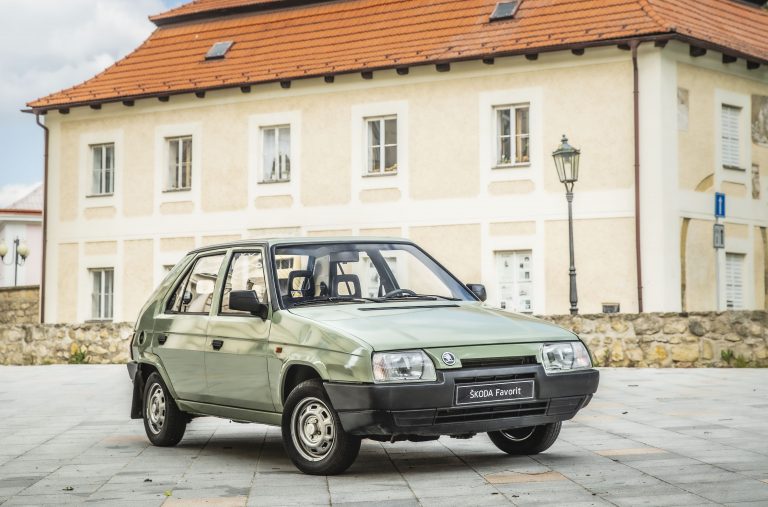 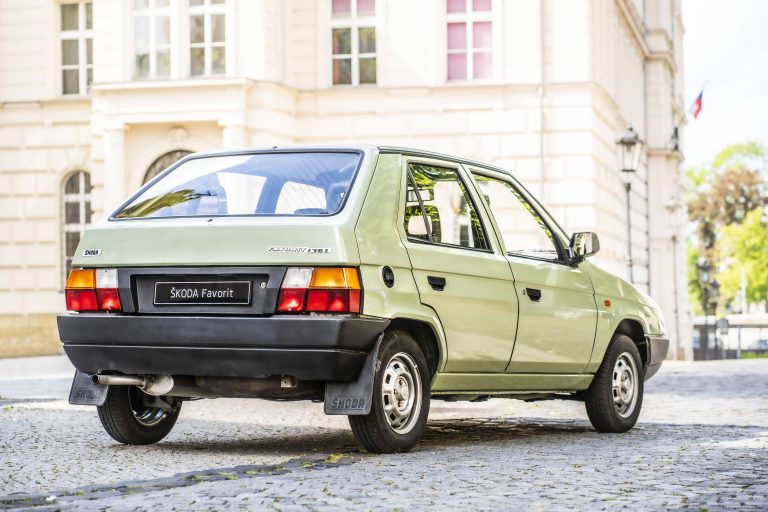 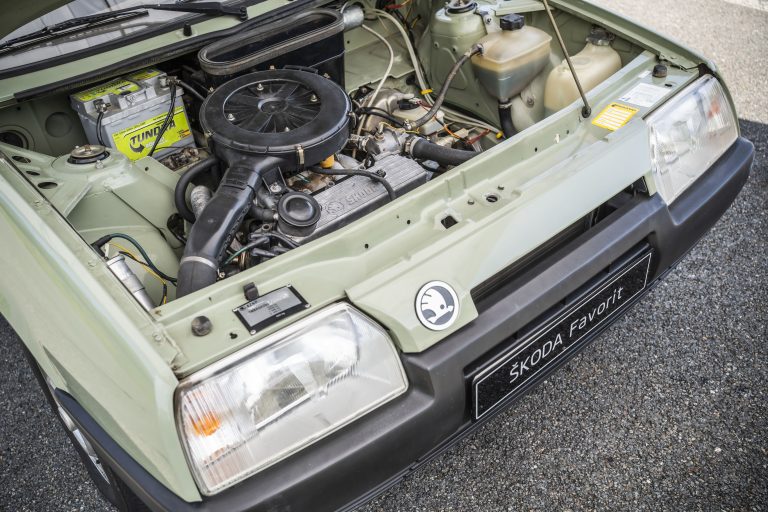 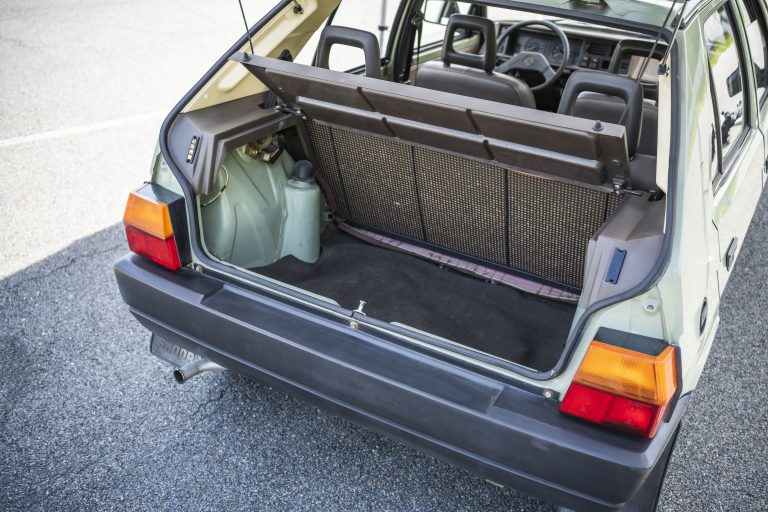 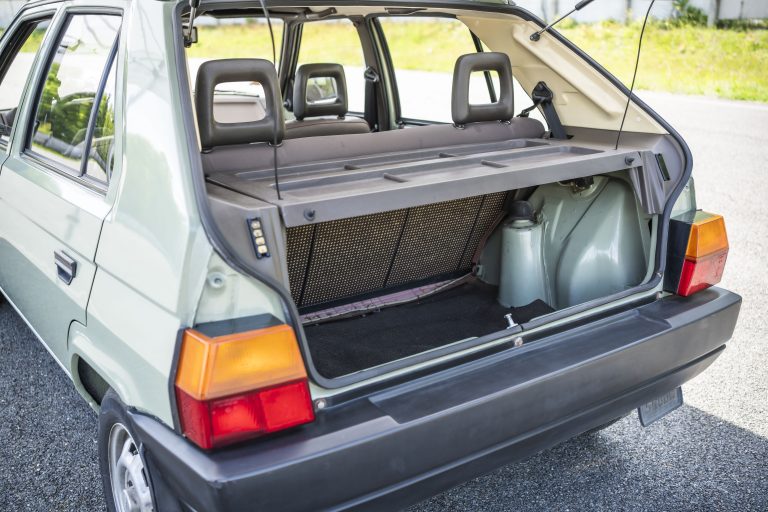 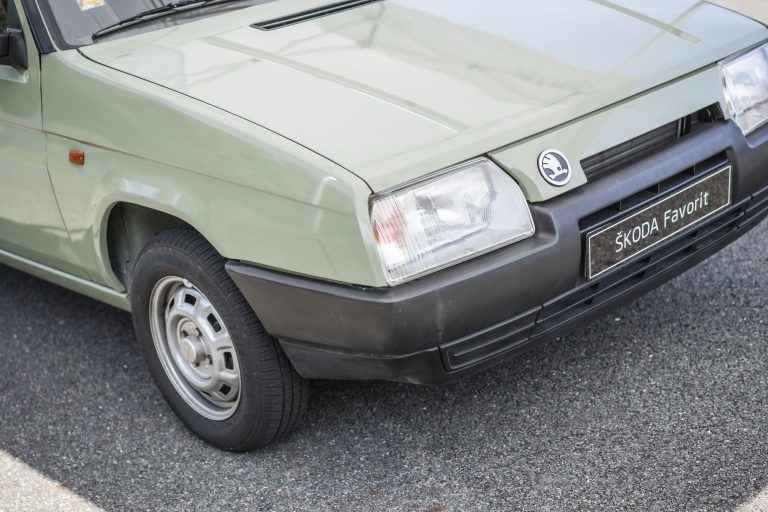 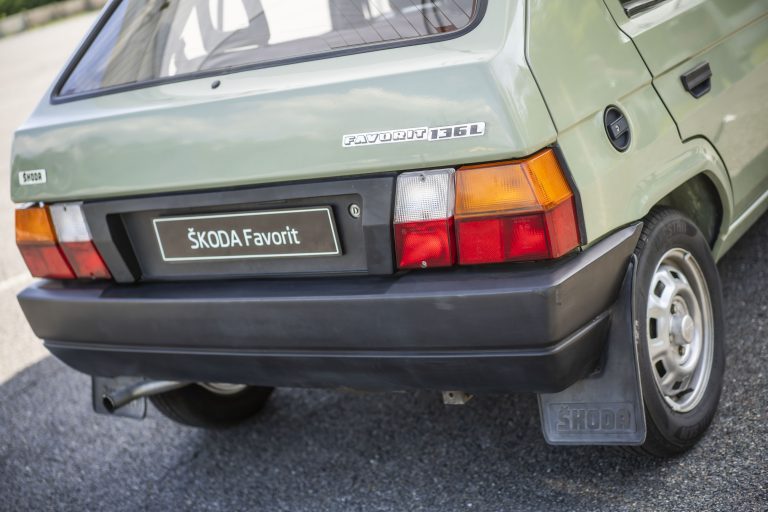 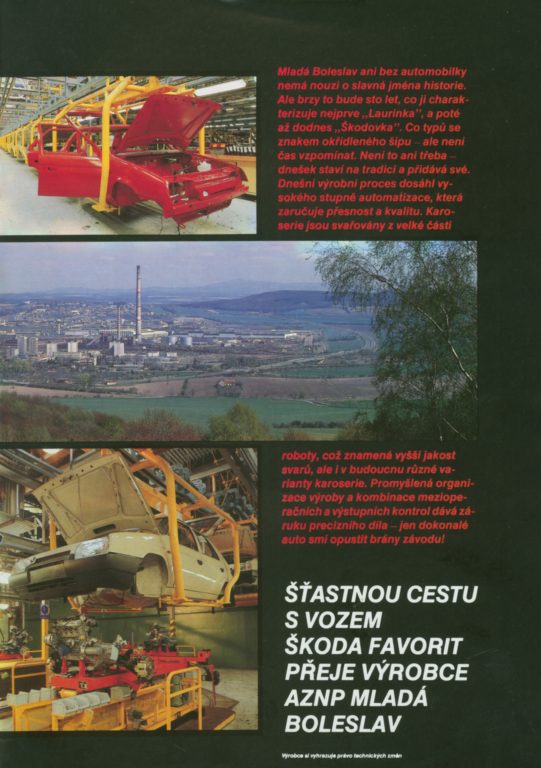 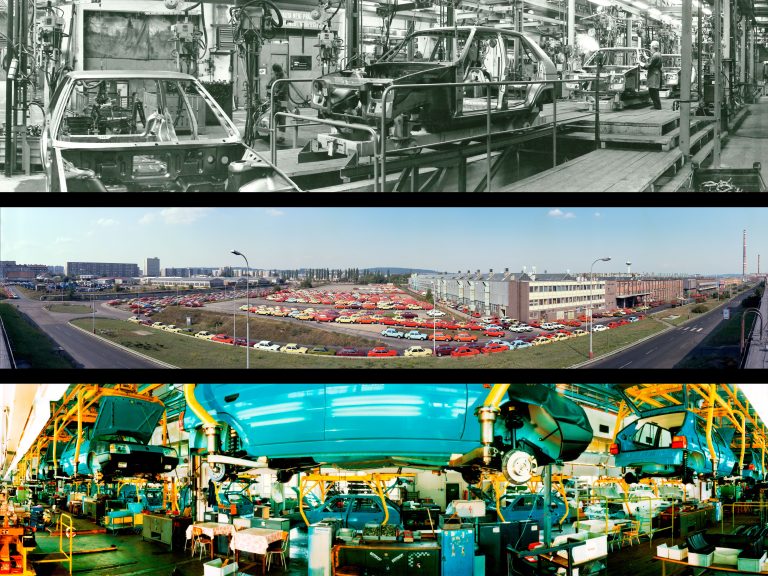 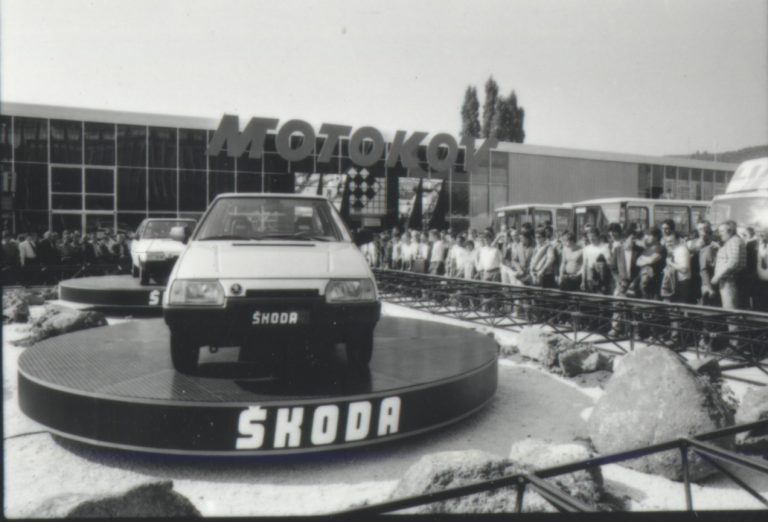 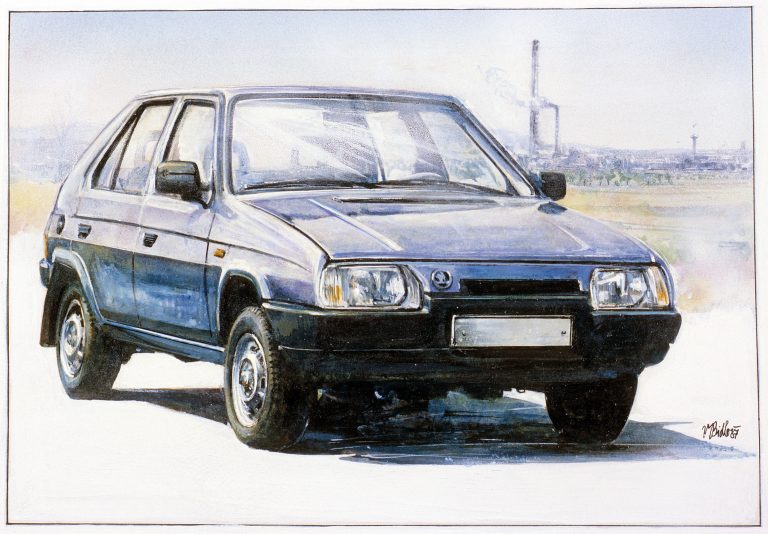