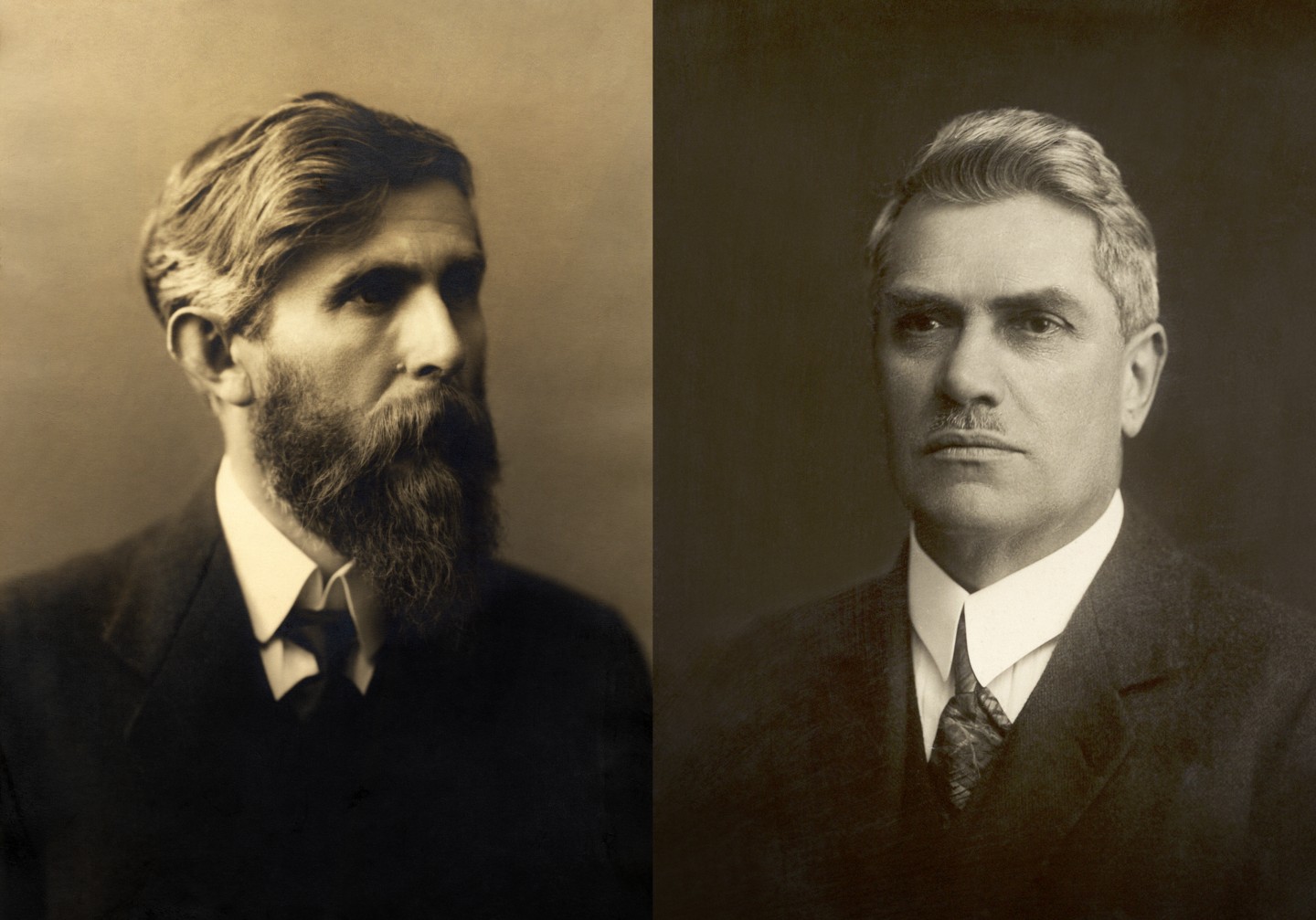 › In December 1895, Václav Laurin and Václav Klement founded the company that would become the globally successful manufacturer ŠKODA AUTO
› After starting out in bicycle production, Laurin & Klement went on to manufacture motorbikes from 1899 and cars from 1905, which began featuring the ŠKODA badge in 1925.
› In September 2017, ŠKODA AUTO passed the milestone of 20 million vehicles built

Mladá Boleslav, 21 December 2020 – This December, ŠKODA AUTO can look back on 125 years of history. This makes the Czech company one of the longest established car manufacturers in the world still in operation. The international success story began shortly before Christmas 1895 when Václav Laurin and Václav Klement founded a workshop for the repair and manufacture of bicycles in Mladá Boleslav. Later they also produced motorbikes and automobiles, released from 1925 under the ŠKODA brand.

Exactly 125 years ago – shortly before Christmas 1895 – the mechanic Václav Laurin and the bookseller Václav Klement laid the foundation stone for the present-day ŠKODA AUTO. The two founders were united by their passion for cycling. They wanted to offer their customers bicycles built from the best materials available while still being affordable. In their small workshop, three people were employed producing bicycles driven by foot or hand. One year later, 21 employees were making five different models of bikes, which bore the name SLAVIA. The range was soon expanded to include bicycles for children, ladies’ models and tandem bicycles, two-wheelers with chain or shaft drive, and tricycles for transporting goods or people.

Successful models on two wheels
The founding fathers, Laurin and Klement, seized on the demand for individual mobility and continued to develop their model portfolio: On 18 November 1899, they presented the first two L&K motorbikes to the public, the SLAVIA A and B models. To make the bikes easier to operate and more stable, the engine was installed in the lower area of the frame. This positioning later became the international standard and is considered a great achievement of the intuitive engineer Václav Laurin.

The company owes its rapid growth to the vision and entrepreneurial talent of Václav Klement. He succeeded in winning large orders both on the domestic market and in industrialised countries such as Germany and Great Britain. The outstanding qualities of the motorised two-wheelers from Mladá Boleslav were also confirmed by their success in demanding racing events. The motor racing debut at the Paris-Berlin race in 1901, when Narcis Podsedníček came in first by a wide margin after 1,196 kilometres, earned the company legendary status. The highlight of the motorbike era was the victory of an L&K CCR in the unofficial motorbike world championship in Dourdan near Paris on 25 June 1905.

The first automobiles and the rise to become one of the leading manufacturers of the time
At the end of 1905, the company from Mladá Boleslav presented its first automobile: the Laurin & Klement Voiturette A. The light and manoeuvrable design from Bohemia had a one-litre two-cylinder engine and travelled at speeds of up to 40 km/h. Less than a year after entering the automobile manufacturing business, the range included a wide variety of two- and four-cylinder models. L&K enhanced its prestige with the first eight-cylinder vehicle manufactured in Europe, the Type FF of 1907. The company also celebrated both commercial and motoring successes. L&K rose to become the largest automobile manufacturer in Austria-Hungary, exporting to several dozen markets on all continents inhabited at the time even before the First World War.

Legendary models shaped the next era of success at ŠKODA
Three decades after the company was founded, Laurin & Klement merged with a strong strategic partner in 1925: the Pilsen-based engineering group Škoda. This mutually beneficial merger laid the foundation for the company’s continued success story. From then on, the winged arrow in the brand logo became a symbol of speed and progress. ŠKODA AUTO soon converted its facility in Mladá Boleslav to efficient assembly line production. The launch of the new generation of vehicles is considered a milestone: the success of the POPULAR, RAPID, FAVORIT and SUPERB models established ŠKODA as the leading car manufacturer in its home country from 1936 – a position the brand has held to this day. Around that time, demanding long-distance journeys crisscrossing Europe, Asia, America and Africa were also demonstrating the robustness and reliability of the vehicles from Mladá Boleslav.

After the Second World War, the company was nationalised, but ŠKODA continued its proud tradition even under the challenging conditions of the planned economy. The production capacities were expanded at the plants in Kvasiny and Vrchlabí, and the company continued to develop new models independently. The now-legendary first OCTAVIA from 1959 and the smart FELICIA convertible testify to the engineering prowess of this era. The inauguration of a new factory site in Mladá Boleslav in March 1964 facilitated a rapid increase in annual production volumes. The same year saw the release of the rear-engined ŠKODA 1000 MB saloon, which would soon be regarded as one of the most advanced one-litre models in the world. The iconic ŠKODA 110 R sports coupé from 1970 represented another highlight. The ŠKODA 130 RS, which was derived from it, rose to become one of the most successful racing and rally cars in its category from 1975 onwards, receiving the nickname “Porsche of the East”.

New start under the umbrella of the Volkswagen Group
The company began the year of global political upheaval in 1989 with a key competitive advantage: the ŠKODA FAVORIT, which was unveiled in 1987. The hatchback model, designed with clean Italian lines, had a contemporary layout with a transversely mounted front engine and front-wheel drive. This modern vehicle provided a compelling reason for Europe’s largest car manufacturer, the Volkswagen Group, to acquire ŠKODA AUTO. On 16 April 1991, ŠKODA became the fourth brand to join the Volkswagen Group. Just as in 1925, the involvement of a strong strategic partner enabled the further dynamic development of the Czech company. Thanks to the cooperation with the globally active German Group, the level of quality increased, ŠKODA expanded its portfolio to include higher-class models and, over the long term, conquered other attractive segments such as SUVs.

With the plug-in hybrid model SUPERB iV and the all-electric CITIGOe iV, ŠKODA entered the age of electromobility in 2019. The 2020 premiere of the first ŠKODA model ENYAQ iV based on the Volkswagen Group’s MEB platform marks another milestone along this path. The ENYAQ iV is now the tenth model series in the brand’s range. In addition to its three Czech plants, ŠKODA AUTO also produces in China, Russia, India, Slovakia and Ukraine and is active in more than 100 markets worldwide. Within the Volkswagen Group, ŠKODA manages the activities of the Group and its brands in Russia, India and North Africa. As part of its Strategy 2025, ŠKODA AUTO is actively transforming from a car manufacturer to a ‘Simply Clever company for the best mobility solutions’. In doing so, the company is consistently pursuing the course set by the visionaries Laurin and Klement 125 years ago. 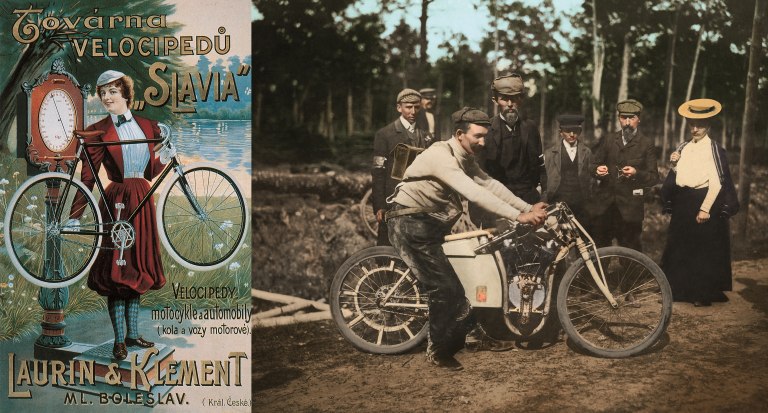 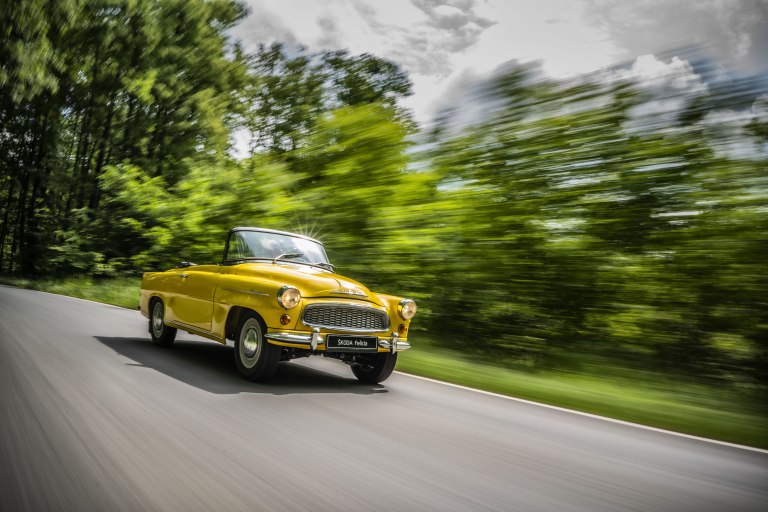 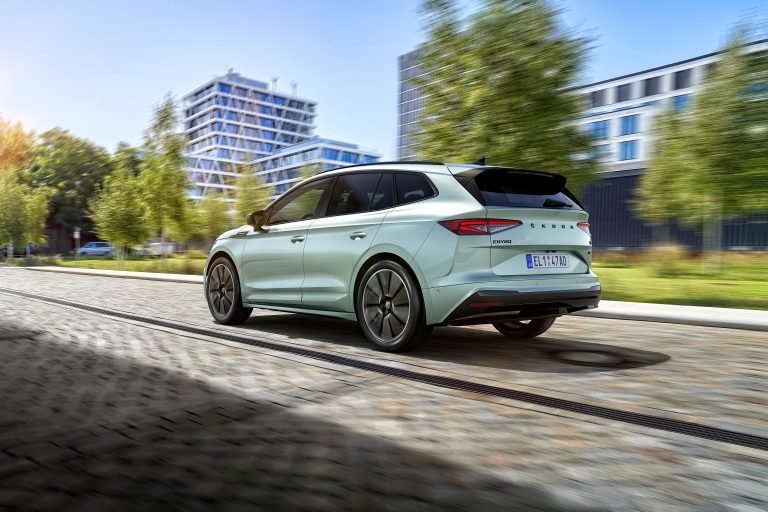 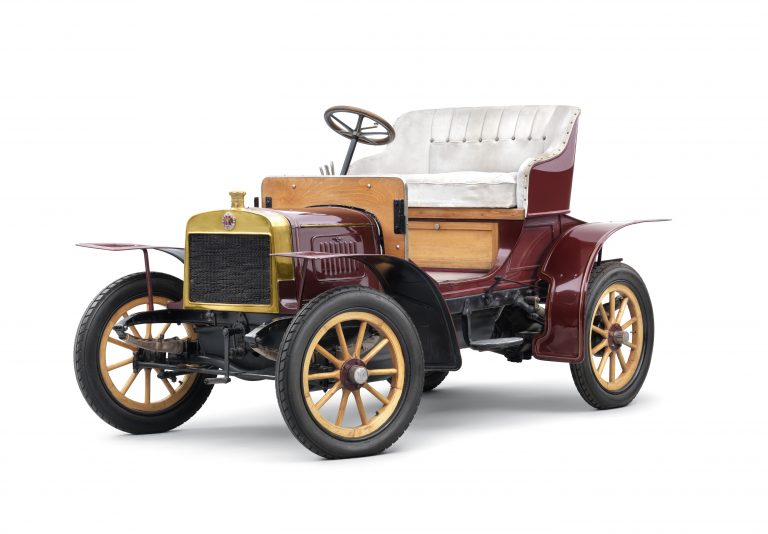