Shock absorbers are a vital part of cars that we don’t even notice. We simply expect them to provide comfort, safety and the enjoyment of a more dynamic ride. How do shock absorbers do that?

The function of shock absorbers is to absorb and evenly dampen shock impulses when a vehicle drives over uneven surfaces. “They therefore have to ensure that the wheels are in constant contact with the road surface. The way they are set up affects not only your comfort, but also the car’s handling, safety and stability,” explains Filip Černý from ŠKODA’s Chassis Development Department.

Today, the vast majority of cars have gas-charged shock absorbers. Their principle consists in a damper with an oil medium in which the damping effect is provided by a moving piston and a set of pressure-relief valves. “In addition to oil, gas-and-liquid shock absorbers are also filled with an inert gas, usually nitrogen, under a certain pressure, which has better properties than air and which also prevents the oil from foaming, thus improving the shock absorber’s function,” explains Černý.

Three types of damping systems are used in all ŠKODA vehicles: 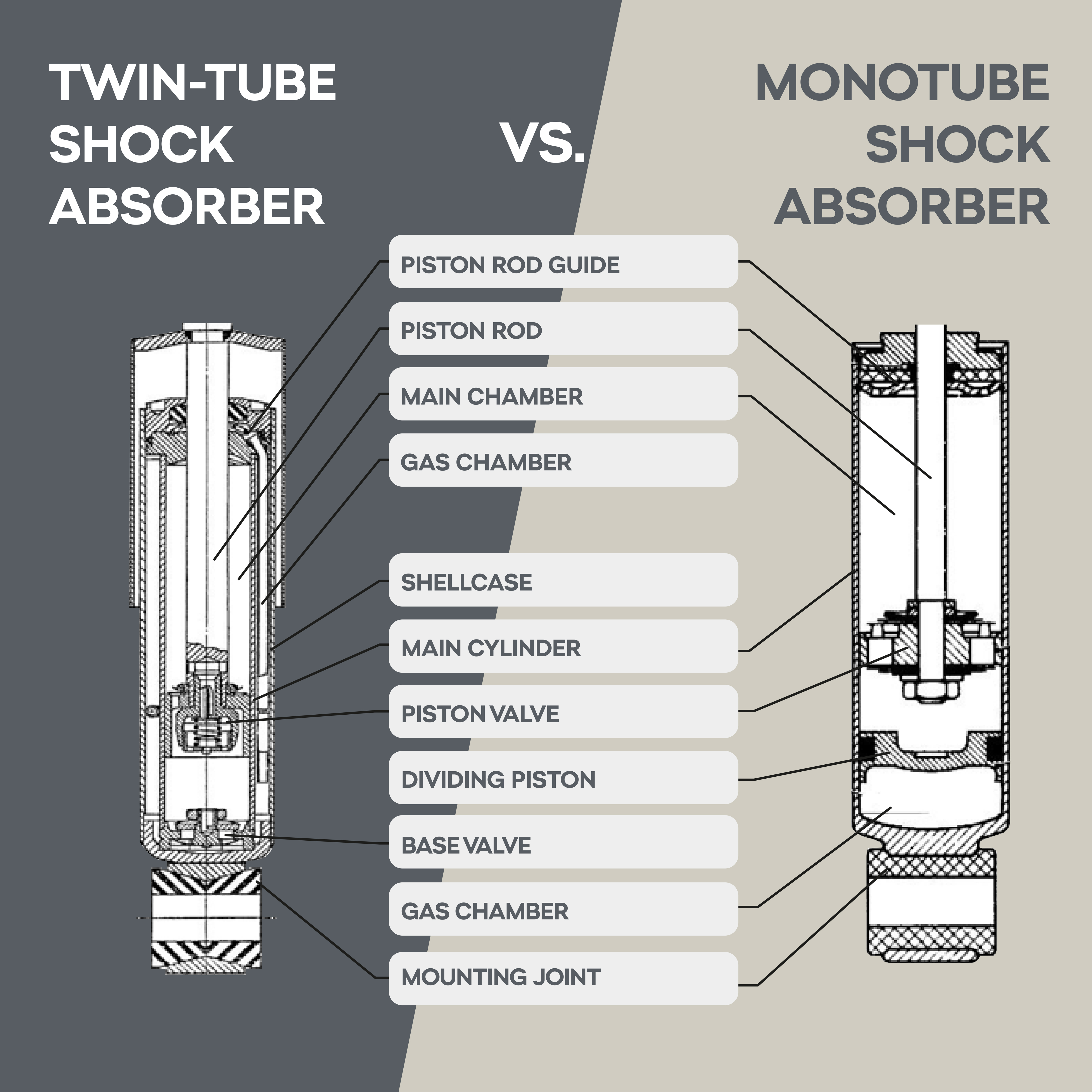 2. Premium “Dual Mode” shock absorbers with two adjustable modes can be ordered as an optional extra for the ŠKODA SCALA and KAMIQ models – this is a damping system where the shock absorbers have one extra flow valve on the piston rod which the oil flows through during damping, depending on whether the car is in sport or normal driving mode. This system also includes a small control unit that sends a pulse to an electromagnet that opens or closes the additional second flow valve, thus reducing or increasing the damping forces and changing the handling characteristics from comfortable to sporty and vice versa.

3. The DCC adaptive damping system is currently the most advanced damping technology available to customers in ŠKODA vehicles. This system consists not only of shock absorbers, but also three accelerometers, three wheel uplift sensors and a control unit, which also receives information and signals from other vehicle units such as the engine unit, ESC and steering gear. Each of the DCC shock absorbers has a sophisticated electromagnetic valve that opens and closes in milliseconds based on developer-set parameters, reducing or increasing the oil flow in the shock absorber depending on the current driving situation and selected driving mode. These parameters are therefore dependent on input signals such as vehicle speed, car body acceleration, body roll and pitch, overall vehicle load, throttle position, steering wheel rotation etc. 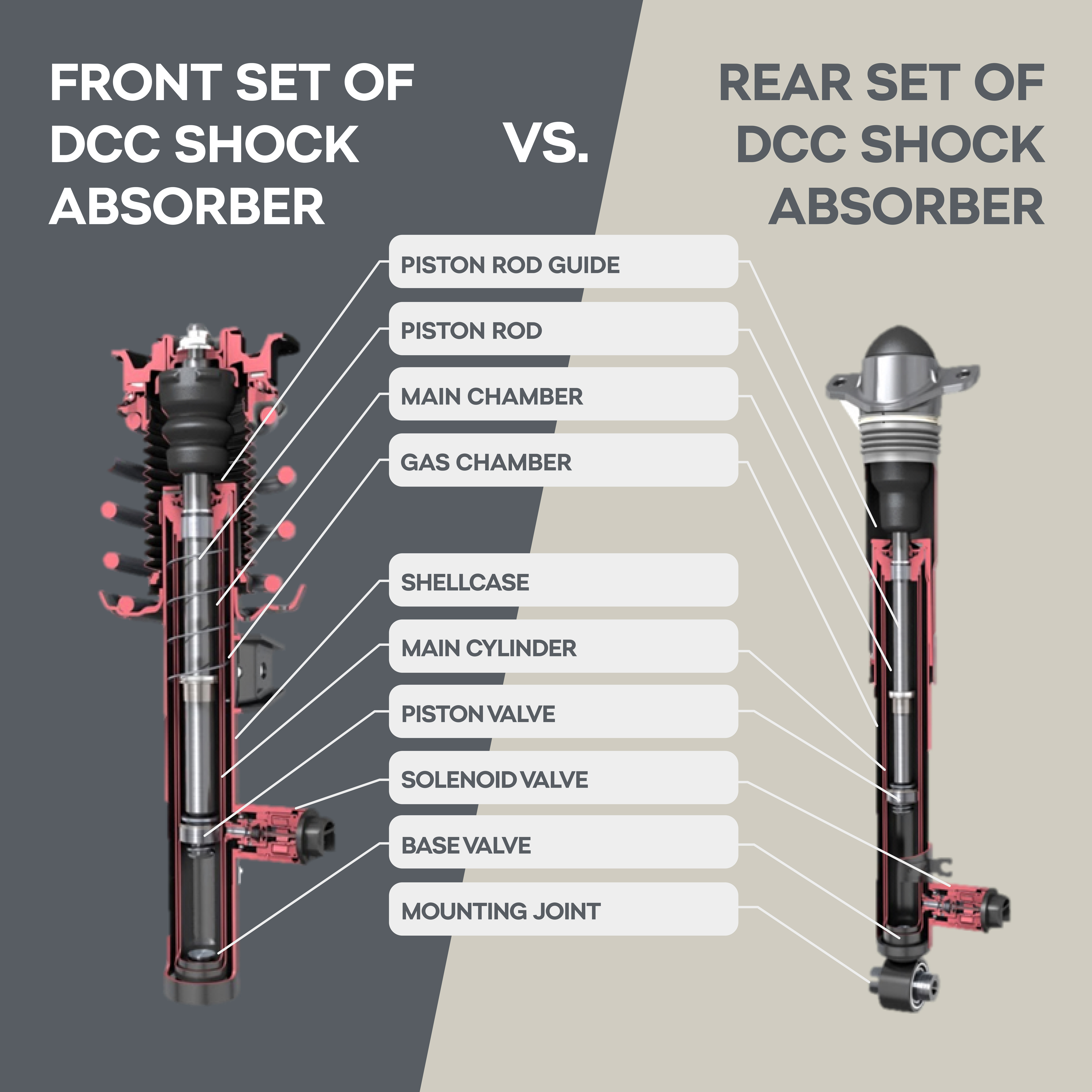 Shock absorber development and adjustment is almost always done in cooperation with a reputable supplier. The biggest modifications are made to the valve system, which determines the oil flow and therefore changes in the damping forces depending on the speed of the piston rod. Each new model has different dimensions, different weight distribution, different body stiffness, all of which can only be compensated for by the damper. Modifications to the valve systems are made directly in the car on pre-production prototypes, up to a year and a half before the official launch. 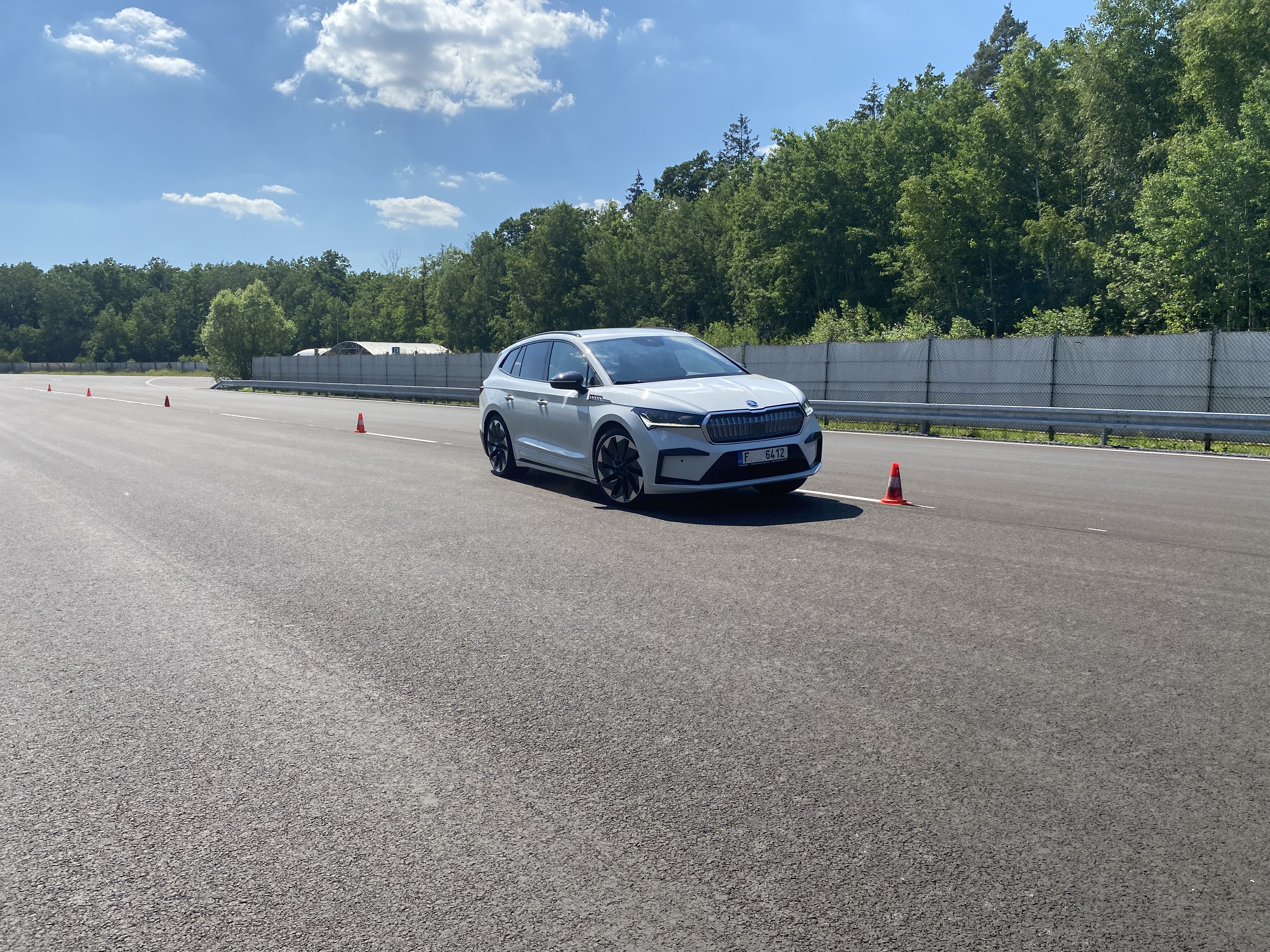 Testing the shock absorbers by slaloming between cones.

Final tuning is then carried out during test drives. “The supplier comes to the test site with a modified truck and trailer to the test site that is specially equipped for constructing and measuring the development-stage shock absorbers. In addition to this equipment, the company also provides a two-man team of experts who build various combinations of shock absorber valve sets for the ŠKODA chassis development engineers in line with their requirements,” says the chassis specialist, describing how the testing days unfold. 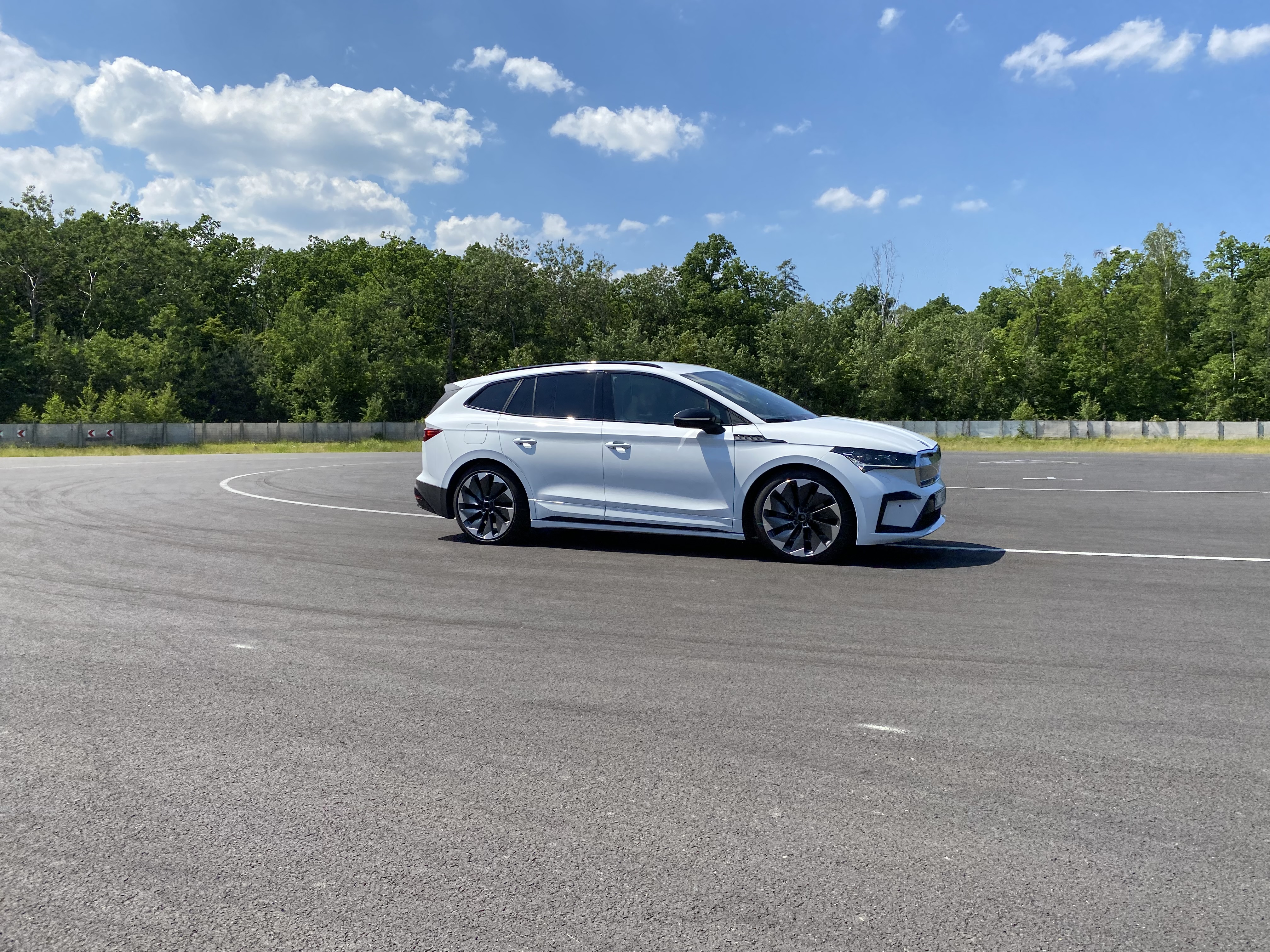 Driving in a circle tests the shock absorbers’ ability to keep the car evenly balanced.

It’s like a game for big boys, to put it bluntly. The test drivers tell you how the shock absorber should be built – with the help of numbers, computer data and graphs. And then the car just goes around the circuit: fully laden, at a steady or dynamic pace, on an even surface or at maximum motorway speed. The drivers focus on the car’s behaviour and their subjective driving experience. With each new damper valve setting, the developers go for another test drive.

Do shock absorbers need to be looked after?

As Filip Černý says, shock absorbers are maintenance-free. “Their lifespan naturally depends on the driving style and the quality of the surfaces the car is driven on. But if a shock absorber does need replacing, it is important to order a specific original part with the exact factory specifications, as this is the only way to ensure proper function and the same driving characteristics as in a new car. If a shock absorber does not work properly, braking distances are increased, stability is impaired and safety is reduced because the wheel bounces on bumps, does not have enough contact with the road and, as a result, turns badly.”

Only the settings of DCC dampers, which have an integrated adjustable solenoid valve, can be configured directly during the ride. So it is not enough for them to calibrate the shock absorber hydraulics per se at the start – they have to parameterise the system controller so that the shock absorbers work specifically for each driving mode separately (for example Normal, Sport, Comfort modes). 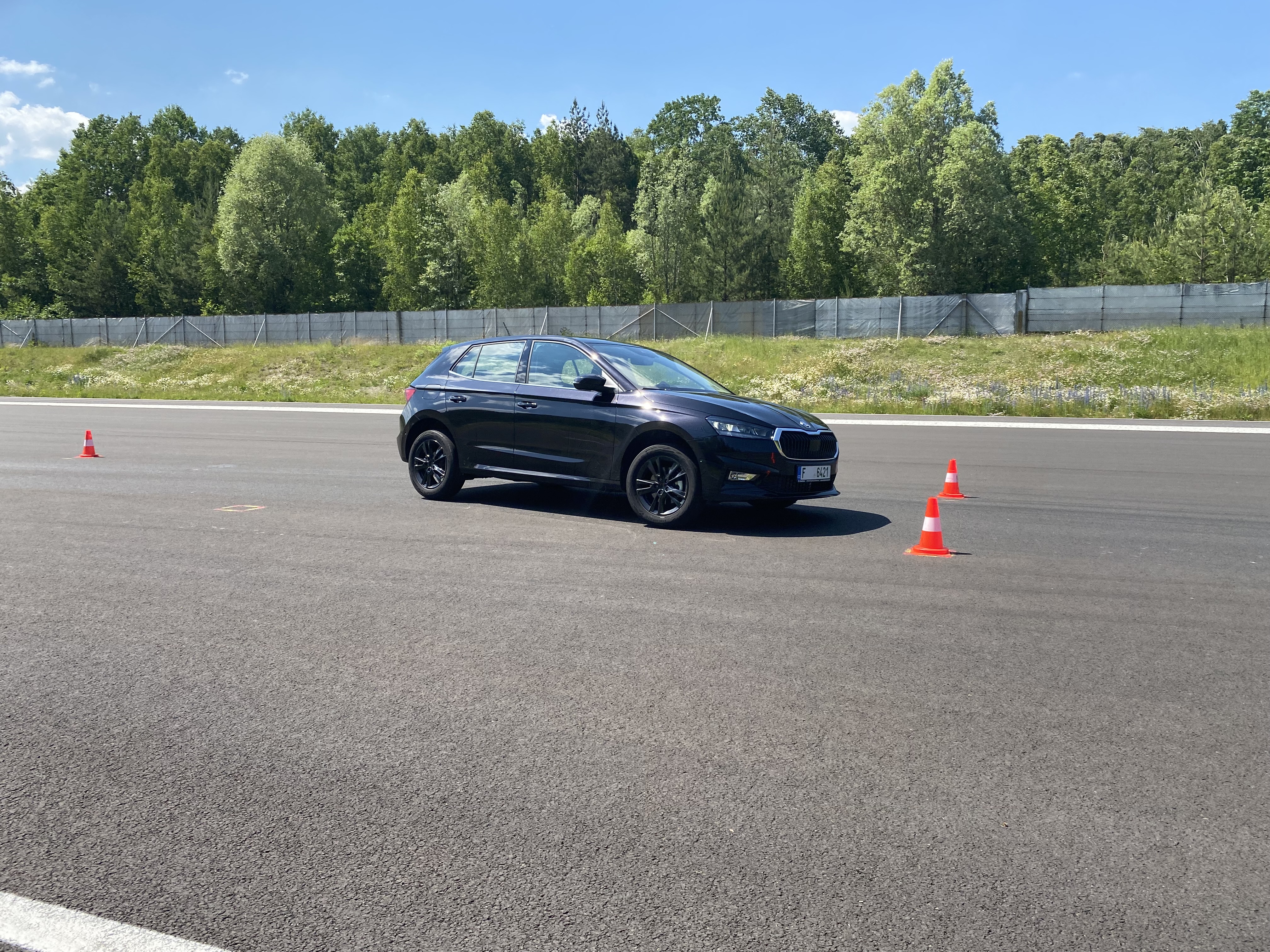 The parameterisation for the individual modes is then adjusted by the developer using special software on the computer – and this is done while driving. In real time it’s possible to change the configuration for a given axle, the current car speed, body roll, wheel energy, etc. The resulting dataset is then uploaded to the serial units of production cars.

“This kind of test run takes around one hour. The shock absorber setup has to be tested at all possible speeds, for different load manoeuvres and on a variety of surfaces, from smooth asphalt to cobbles and really terrible roads with various kinds of bumps,” adds Černý.

Oversteer, understeer, stability, comfort and other factors and criteria that affect the car’s driving dynamics and overall driving performance are tested. This has to be consistent with the brand’s philosophy and the character of the particular model or variant, for example the RS. 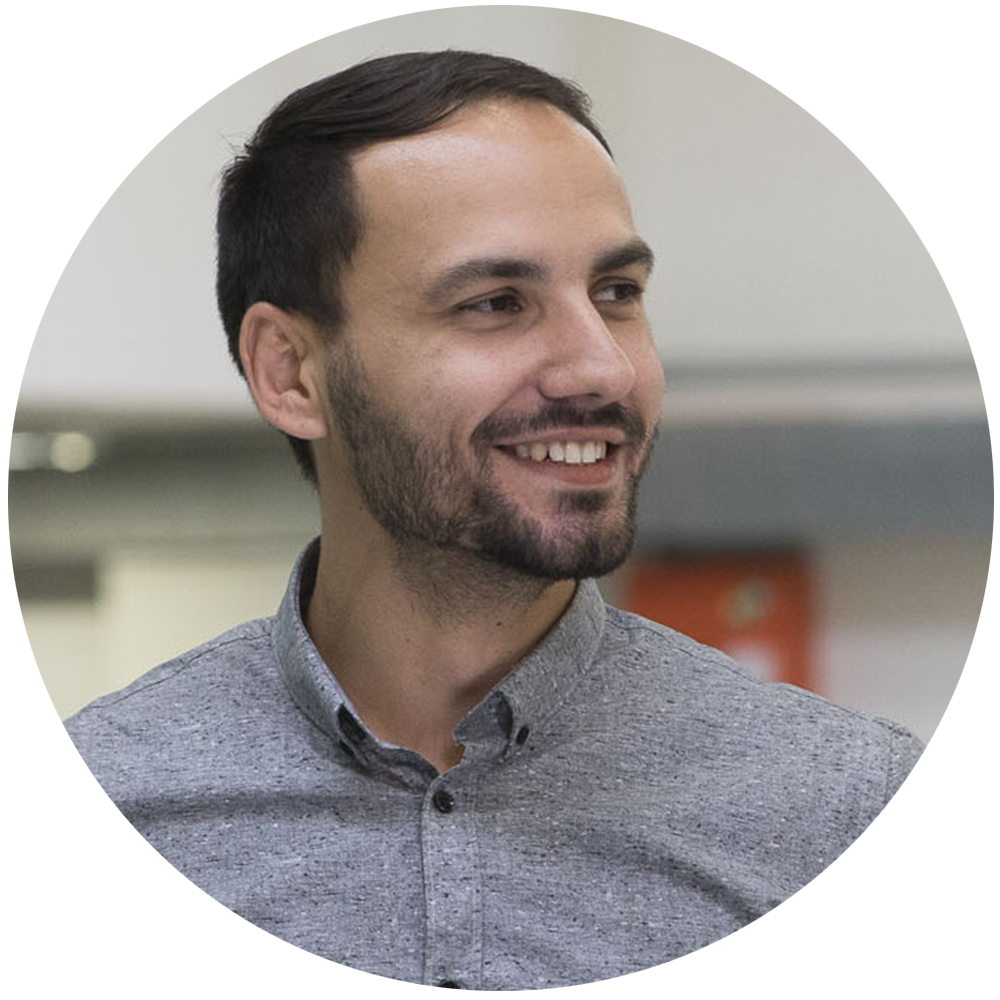 Put through their paces

As a highly stressed part of a car, shock absorbers must meet the highest standards so that the manufacturer can guarantee the car’s consistent handling qualities for as long as possible. That’s why they undergo strength tests both in special load conditions and directly in test vehicles, which have to travel under full load until the end of the internally defined car lifespan or in truly destructive tests. It should be remembered that structural damage to a shock absorber can even result in a car wheel falling off.

Each valve set with a specific setting for a given type of car also undergoes special testing. Before being approved for mass production, they have to be tested in a particularly demanding cycle, which they have to come out of undamaged so that the damping forces remain unchanged.

It takes anything from 20 to 30 weeks of hard driving of prototypes on test circuits to set up the chassis for one model for all the different types of engines, body styles, powertrains and chassis. The ŠKODA OCTAVIA, for example, currently has 12 different front and 35 different rear shock absorber settings. In addition to the basic chassis, the customer can also choose from several additional options, be it a lowered sports chassis, a raised robust chassis or the aforementioned adaptive or otherwise adjustable chassis systems.

The future belongs to autonomy

“Shock absorber development is moving towards more advanced adaptive systems that have wider adjustment options or improved functionality, for example in terms of predictive behaviour using camera systems, and towards autonomous vehicle control,” Filip Černý says, predicting a future that is not that distant. “Of course, we can’t lag behind the latest trends in this aspect of cars like in any other, so our new models will also feature further innovations in this direction,” he promises. 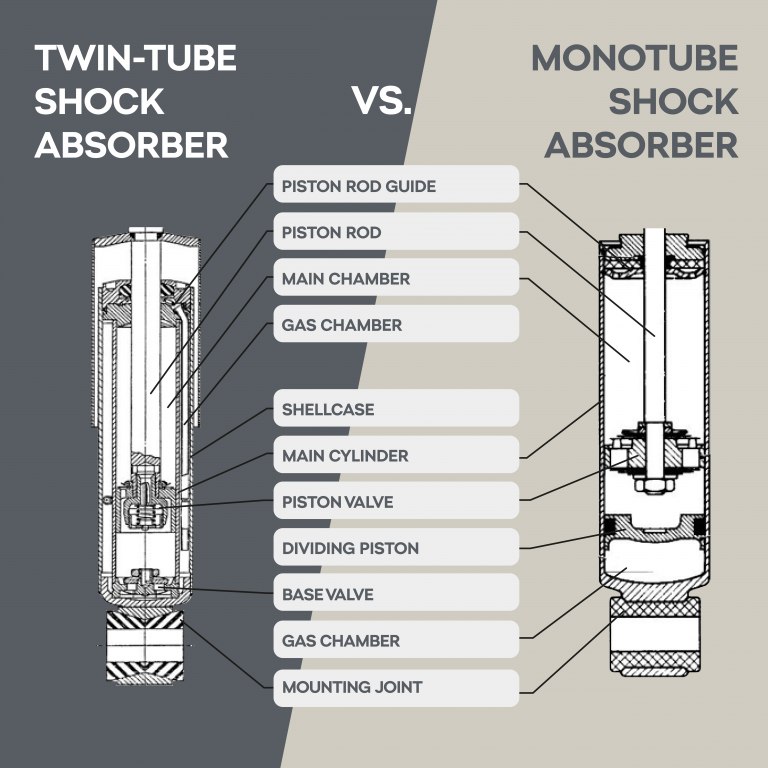 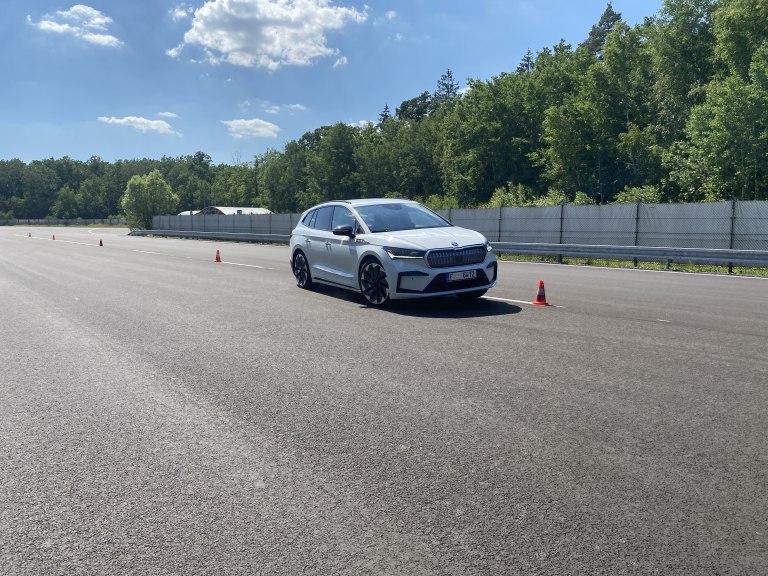 Testing the shock absorbers by slaloming between cones. 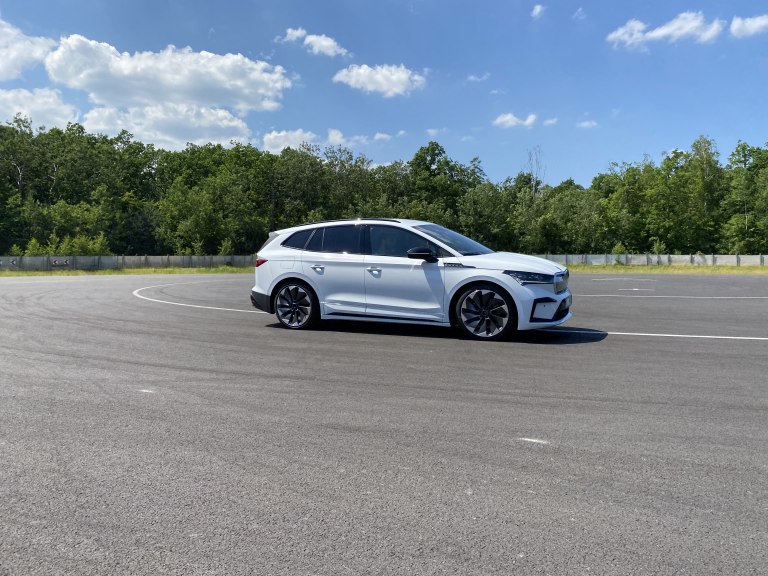 Driving in a circle tests the shock absorbers’ ability to keep the car balanced. 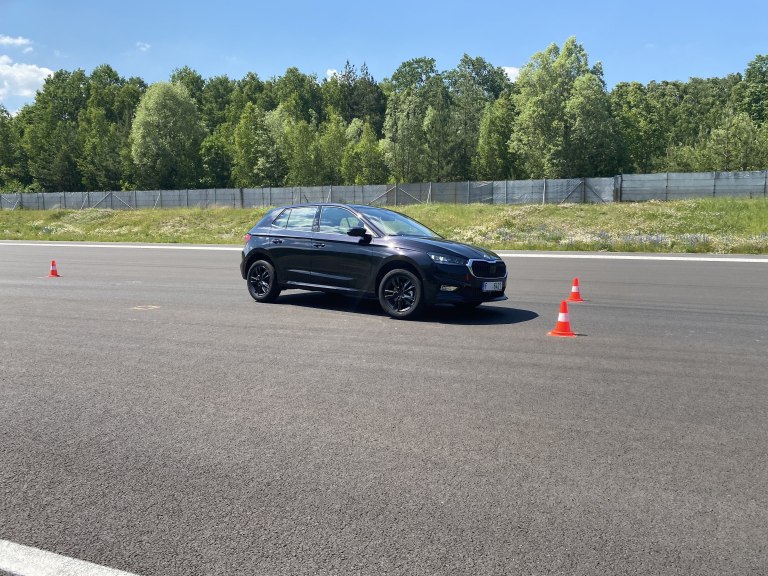 Shock absorbers are also put through the “moose test”.