The future of ŠKODA production lines is “predictive maintenance”. A new innovation called MAGIC EYE is now helping to prevent stoppages on the busiest line in Mladá Boleslav. Check it out.

The assembly line in Hall M13 at the ŠKODA plant in Mladá Boleslav is one of the Czech carmaker’s busiest. The best-selling ŠKODA OCTAVIA is produced here, as is the ŠKODA ENYAQ iV electric SUV. Every minute of downtime on this line means losses in the form of unproduced cars.

In addition to quality, which is of course paramount for both the company and the customer, efficient use of capacities is a crucial aspect of production. Efficient use means minimising stoppages, which in turn means minimising the defects that cause stoppages. Defects can be prevented by enhanced preventive measures, but that’s expensive, or by more intensive maintenance when defects emerge, which is demanding in terms of personnel and their qualifications. “Making use of modern technologies, digitalisation and data collection to estimate when a given piece of equipment is on the verge of breaking down, and repairing it before the defect or stoppage occurs, is the optimal form of maintenance,” explains Marek Jancák, head of car production at ŠKODA.

This approach is called predictive maintenance, and it is one of the pillars of ŠKODA’s maintenance strategy up to 2025. One of the first projects in this field is the deployment of predictive maintenance in Hall M13. Here, a solution called MAGIC EYE is used to monitor the condition of and detect faults in the mobile girders from which cars are suspended as they proceed down the line, and also to do the same for the so-called shins, which are essentially the power and data interface for the equipment on the line. 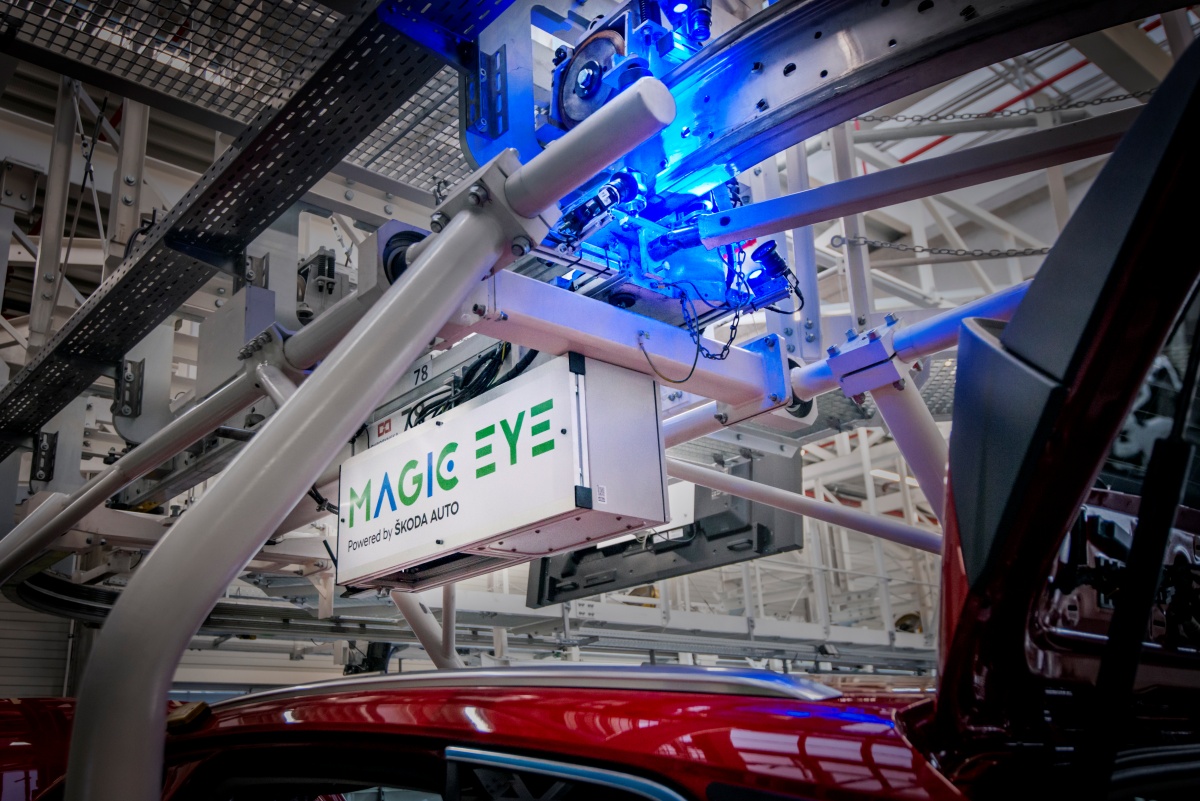 MAGIC EYE monitors the condition of conveyors in the production hall.

The system consists of the necessary hardware, which is installed on one of the frames that travel down the line with the car bodies, and of course some advanced software. Artificial intelligence is a key part of the software. Six cameras are mounted on the frame to monitor the condition of the various elements. A seventh camera is used to read the QR codes the system uses to determine where the scanning device is. The cameras are directly connected to a powerful computer on the frame, in which ten artificial neural networks perform parallel analysis of the collected photos.

What can digital neurons do?

Artificial neural networks are one of the fundamental elements of artificial intelligence today. These are a computational model that essentially simulates the behaviour of classic neurons, i.e. biological networks. Artificial neurons transmit signals to each other in the network, and they process these signals using transfer functions. Neural networks are used in image or sound recognition, for example, for predicting how time series will develop, and in other AI applications.

Before the MAGIC EYE system could be put into practice, the digital neural networks had to be taught to recognise defects. This required about three months of work and thousands of different photos. “We used photographs taken during the test run, but we also had to use an advanced mathematical modelling method to model some of the defects in a virtual environment,” says Libor Šída, who devised the trendsetting project in Hall M13. Modelling was necessary because some of the possible faults are very rare in practice and are so severe that learning them from real-life practice would be a complication for the line. “For example, a cracked beam is a fault that basically can’t occur in practice,” explains Šída. 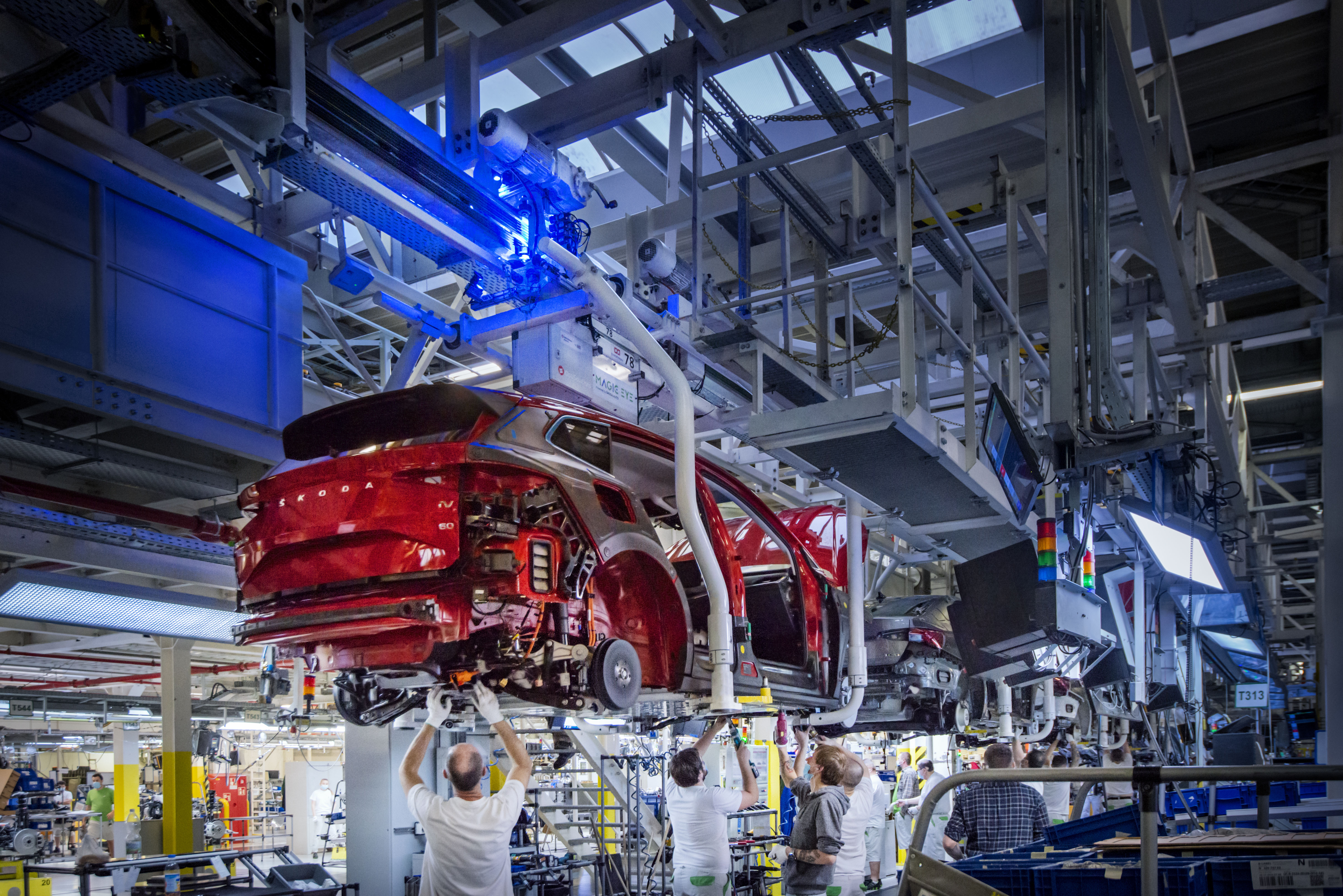 The main purpose of MAGIC EYE is to change maintenance from reactive to predictive.

The MAGIC EYE neural networks can now recognise a total of 14 types of defects. “We can detect several classes for each defect. Think of these as the difference between a bolt that is either not tightened properly or is completely sheared off. In total, the system can detect about a hundred of these different conditions,” says Šída. One special type of artificial neural network, known as an auto-encoder, also helps with the analysis. “This solution is used to detect defects that we haven’t encountered yet and therefore haven’t had the opportunity to simulate,” he adds. It could be a foreign object like metal shavings on the track.

MAGIC EYE now constantly monitors the condition of the production line equipment in Hall M13. During a single circuit of the line, which of course takes as long as a single car remains on the line, the cameras collect around 450,000 photos, which are immediately analysed and the results sent to the cloud via the company’s Wi-Fi network.

If the system detects an irregularity, it alerts the maintenance operator, who is able to check in the app whether it is genuinely an emerging defect or a false alarm. He can then plan the next steps accordingly – instructing immediate remedial action, or perhaps scheduling repair work during one of the scheduled downtime periods if the emerging problem is not serious yet. 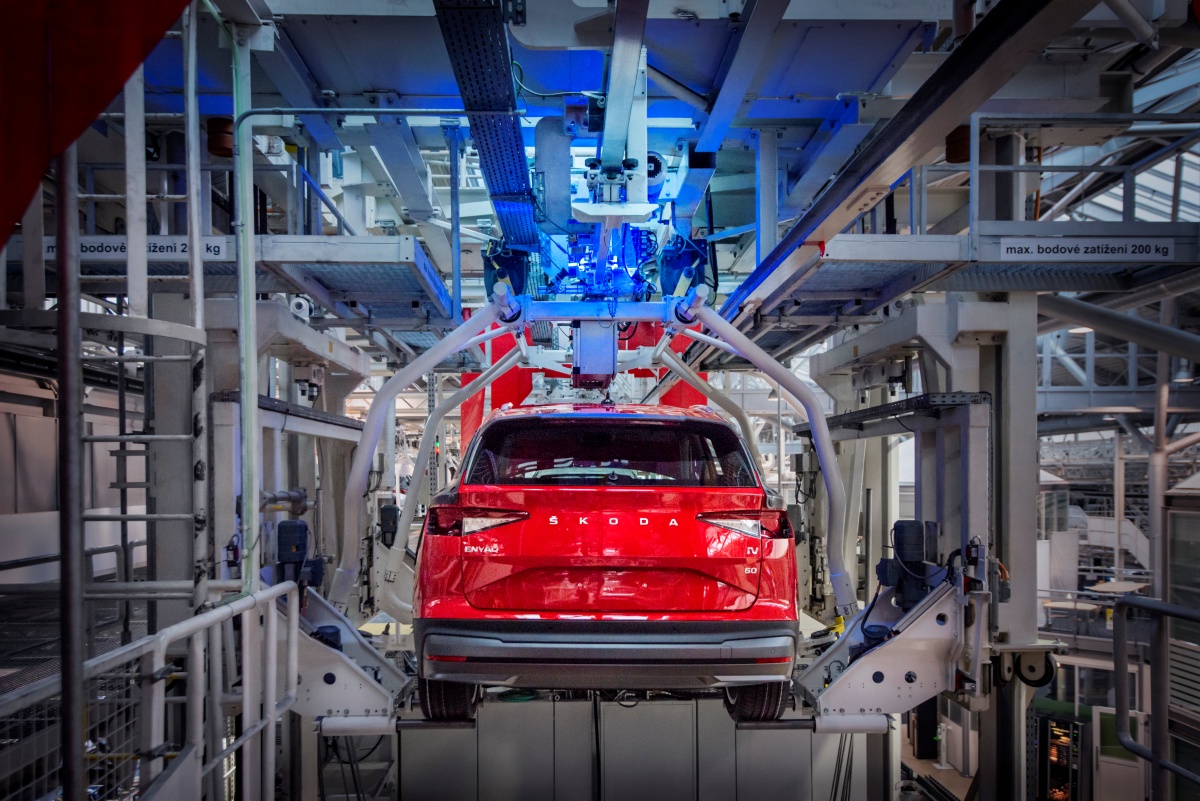 ŠKODA plans to roll out this technology to other plants as well.

“All the detected defects help us to continue learning and continuously improve the system,” says Filip Koliáš, head of Central Technical Service. This is actually changing the perception of the maintenance profession itself. Maintenance employees are no longer just dexterous and skilful technicians and mechanics. They are also specialists who design and develop predictive maintenance methods. ŠKODA plans to deploy MAGIC EYE in other plants as well, and not just purely production plants, and Volkswagen Group as a whole is interested in the technology. ŠKODA has also filed a patent application in connection with MAGIC EYE. 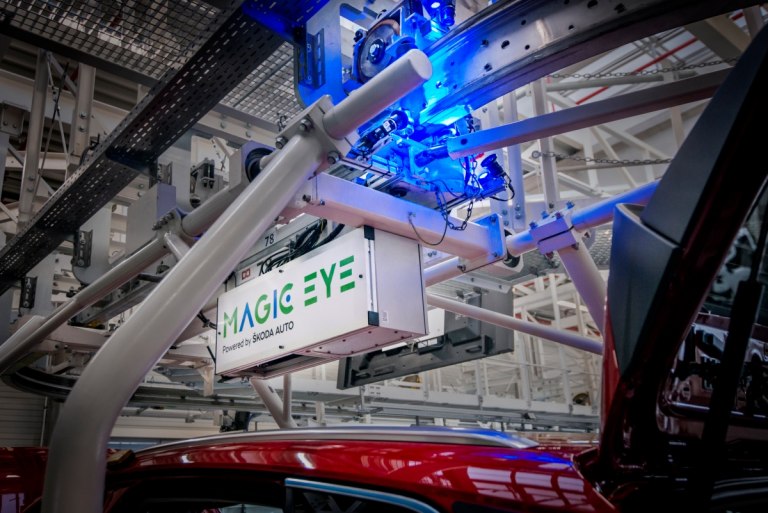 MAGIC EYE monitors the condition of conveyors in the production hall. 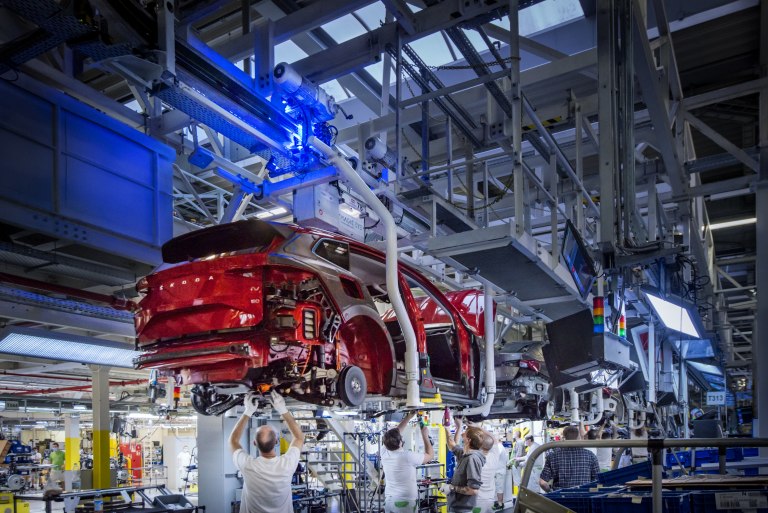 The main purpose of MAGIC EYE is to change maintenance to predictive. 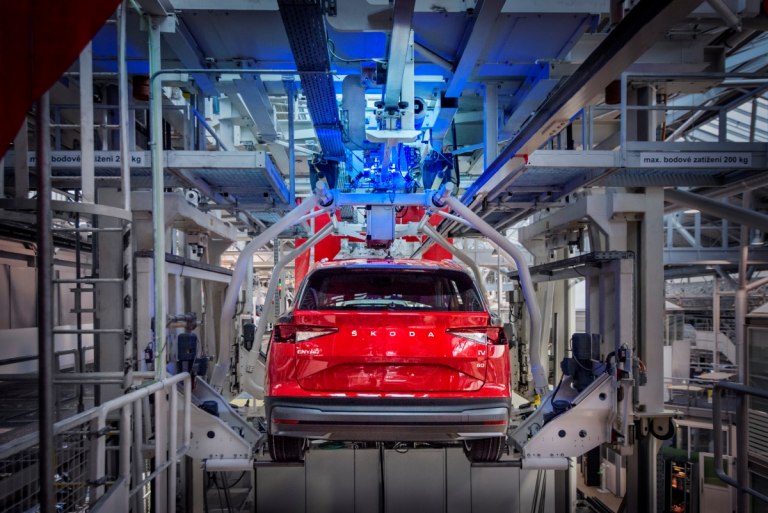 ŠKODA plans to roll out this technology to other plants as well.

“Instead of computer science, I now teach the alphabet.”