There are thirty years separating the ŠKODA FAVORIT and the ŠKODA ENYAQ iV. That is also how long ŠKODA and Volkswagen Group have been hand in glove. What has changed in that time?

Cast your mind back thirty years and remember what the world was like in 1991. And see how far the world has come in that time. In 1991, Nirvana released their generation-X anthem Smells Like Teen Spirit and Anthony Hopkins captivated cinema audiences in Silence of the Lambs, earning an Oscar for his performance. Michael Jackson released his Dangerous album and the world mourned the passing of Freddie Mercury.

Since then, the world has become smaller and more interconnected. Just a few years after the fall of the communist empire, Mikhail Gorbachev stood down as president of the Soviet Union, which was breaking up. Václav Havel announced the demise of the Warsaw Pact, and for the third time Helmut Kohl became chancellor, but this time of a reunified Germany.

Thirty years later, the world has become a global village. If we overlook the present-day Covid-19 pandemic restrictions, we can fly from one end of the planet to the other; technology allows us to be in constant touch with the rest of the world; we meet via video conferencing; we know almost exactly what the weather will be like; and with just a couple of clicks on a touchscreen display we can buy anything we want. 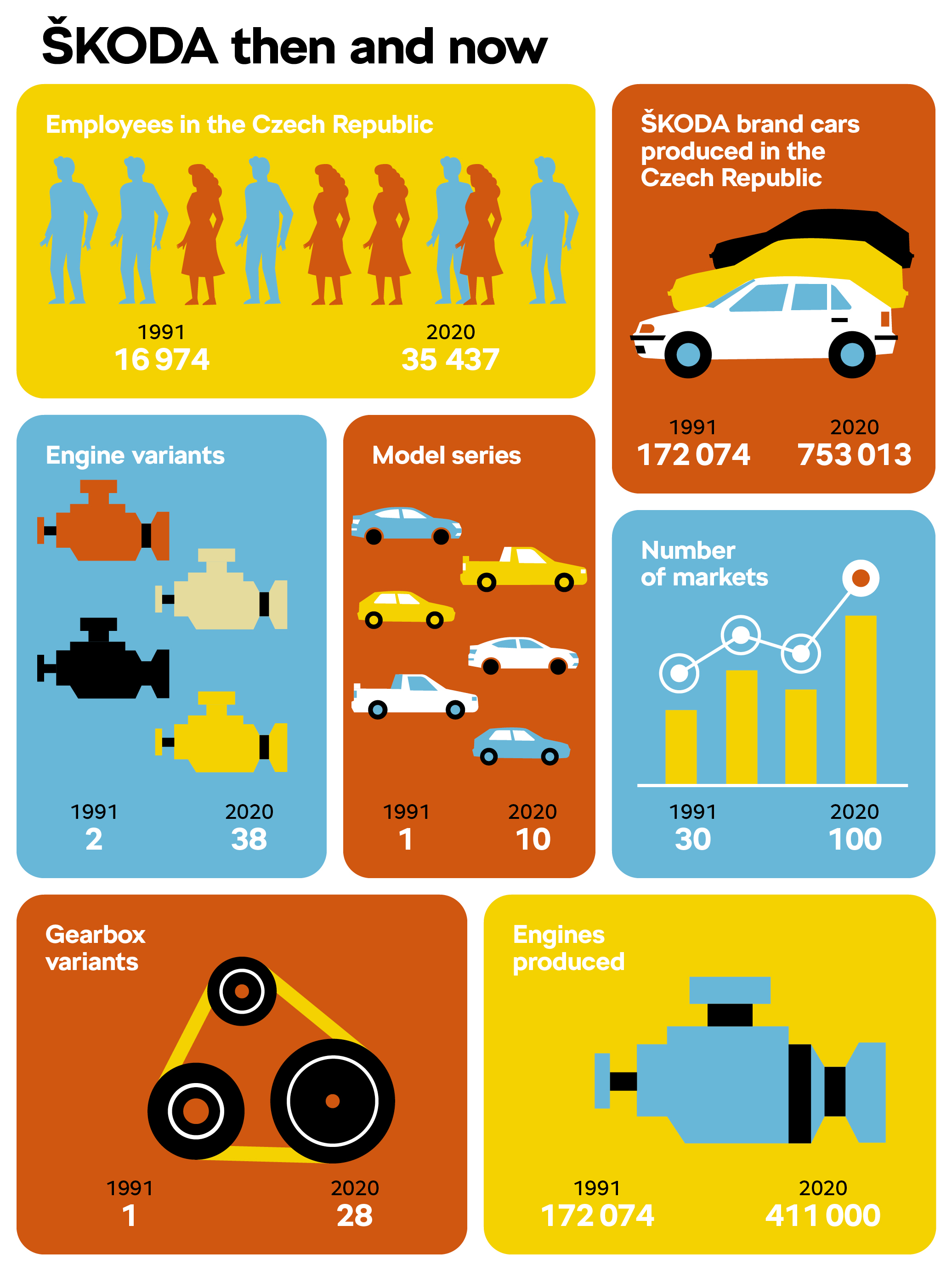 Internet in every phone and car

One of the most fundamental changes is the internet and its potential for unrestricted commercial use. It was thirty years ago that the era of the World Wide Web began. Today we can’t begin to imagine life without the internet: unsurprisingly, as it has made its way into every facet of our lives. Cars are no exception. Today they are brim-full of electronics and chips, and even eSIMs for constant high-speed LTE connection now come as standard.

In the ŠKODA FAVORIT you could install a radio cassette player in the dashboard, while the ŠKODA ENYAQ iV has a modern infotainment system with the biggest display currently fitted in ŠKODA cars and lots of new functions with online support and remote access via the MyŠKODA app.

We can control our cars via mobile apps, remotely planning journeys, locking and unlocking, starting the engine or turning on the heating, or even let the car park itself. Service centres get in touch to tell us a scheduled inspection is approaching or that our brake pads are worn. We can stream music in the car and even watch videos on large dashboard screens. Needless to say, the last thirty years’ technological progress has impacted on the automotive industry.

The ŠKODA FAVORIT, including the interior that was modern for its time, was designed by the Stile Bertone studio in the Italian city of Turin, while the ŠKODA ENYAQ iV is available in ten theme-based packages of equipment and interiors.

An alliance thirty years ago that saved the future

ŠKODA cars are a good example of this. Thirty years ago there was the FAVORIT, the model that helped persuade Volkswagen to become a strategic partner. Today, ŠKODA is launching its first all-electric SUV, the ENYAQ iV. It would be hard to imagine a bigger leap forwards.

Allying with a foreign investor was a lifeline for the Czech carmaker at the time. The privatisation tender with eight bidders was won by Volkswagen Group, which pledged to invest in and develop the Czech carmaker.

The milestone date is 16 April 1991, when the privatisation agreement took effect. The German manufacturer spent 620 million deutschmarks (yes, Germany did not use the euro back then) to obtain a 31% stake. It gradually increased its stake, becoming the sole shareholder in the year 2000.

The FAVORIT followed the Lada Samara as the second car in the former eastern bloc that had front-wheel drive and was not a licensed version of a “western” car. It underwent several modernisations during its life cycle. In its first makeover, just after ŠKODA was taken over by Volkswagen Group in 1991, the logo on the radiator was moved to the centre and the air intake beneath it disappeared (air only flowed into the engine through openings in the bumper). The materials used in the car were gradually upgraded, but the car’s overall looks remained unchanged.

In 1993 the radiator grille was given a new air intake aperture, known as “the moustache”, and the radiator itself was a few millimetres narrower. The bumpers were remodelled to improve aerodynamics, the wheelbase was extended and the wheels were also redesigned. The originally brown interior turned black. New door braces made the car safer. The door handles and the petrol tank cap became more rounded and the car’s electrics were improved. Another aspect of the facelift was that the ŠKODA logo was placed in the middle of the fifth door. 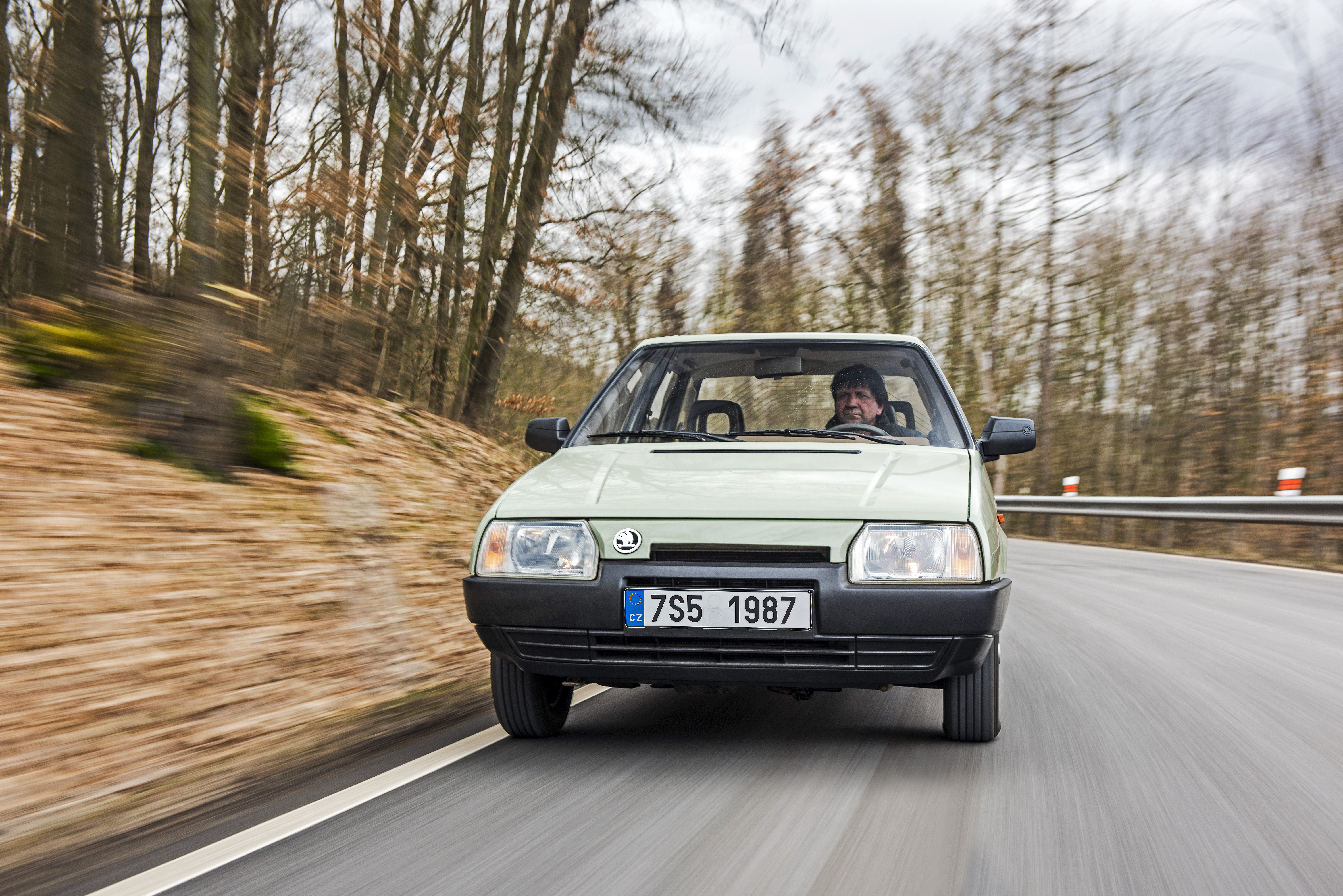 ŠKODA ENYAQ iV – in production since 2020

The first all-electric ŠKODA SUV is the Czech carmaker’s biggest step to date in implementing its eMobility strategy. The ENYAQ iV is also the first mass-produced ŠKODA based on the Volkswagen Group’s modular electric platform (MEB). Typically for a ŠKODA, the car offers a generous amount of interior space. The new interior designs have replaced the classic trim standards. The clearly structured range of available options makes it easy to configure the car the way you want with just a few mouse clicks. Options include rear-wheel or all-wheel drive, four performance levels and two different battery capacities. With a range of over 520 km in the WLTP cycle, the ENYAQ iV can easily cope with both day-to-day journeys in the city and long road trips. 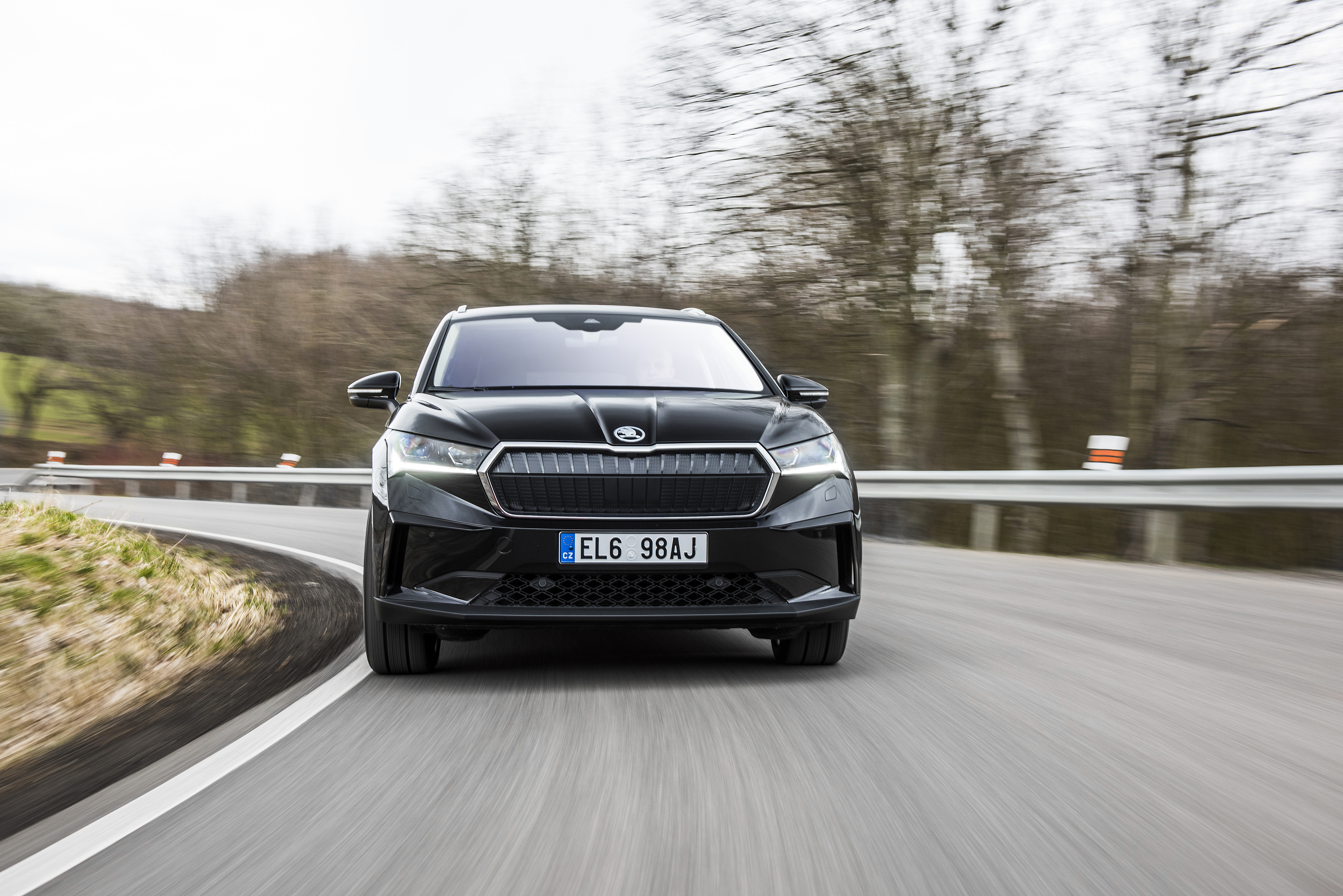 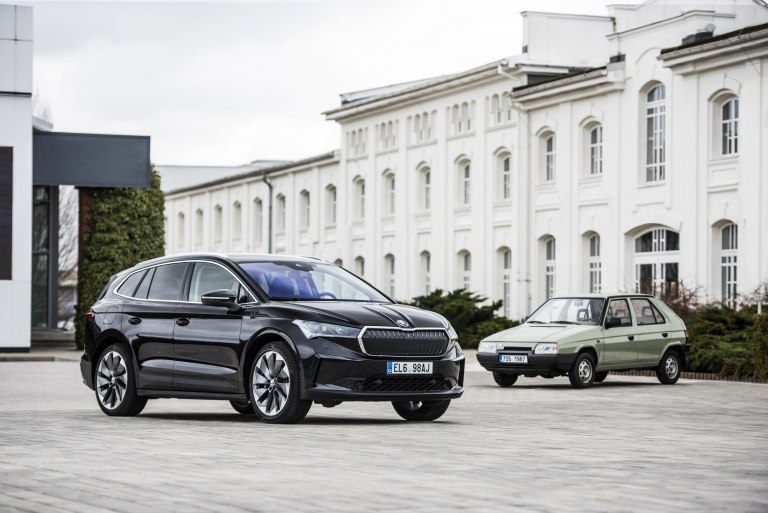 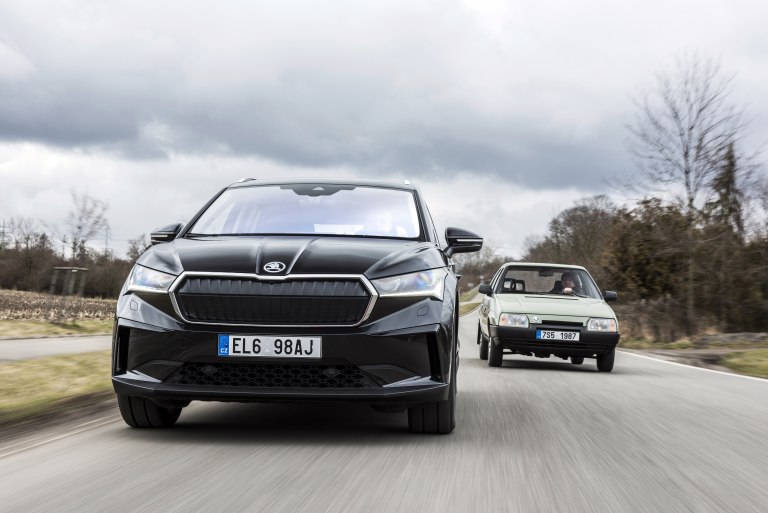 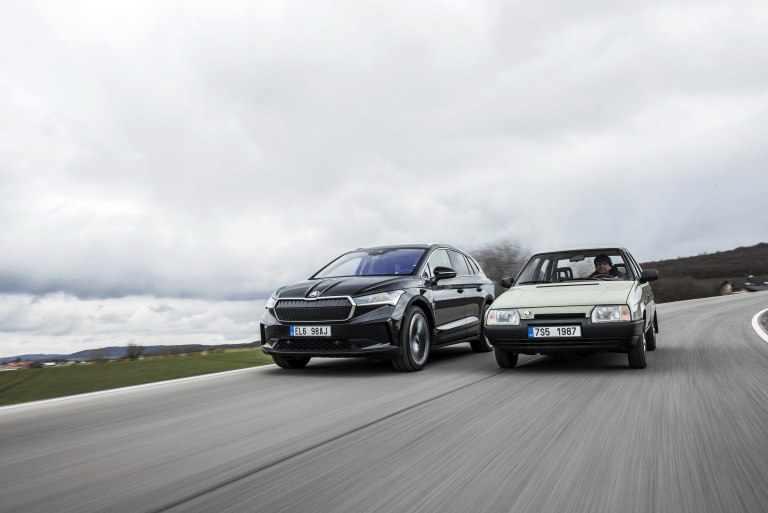 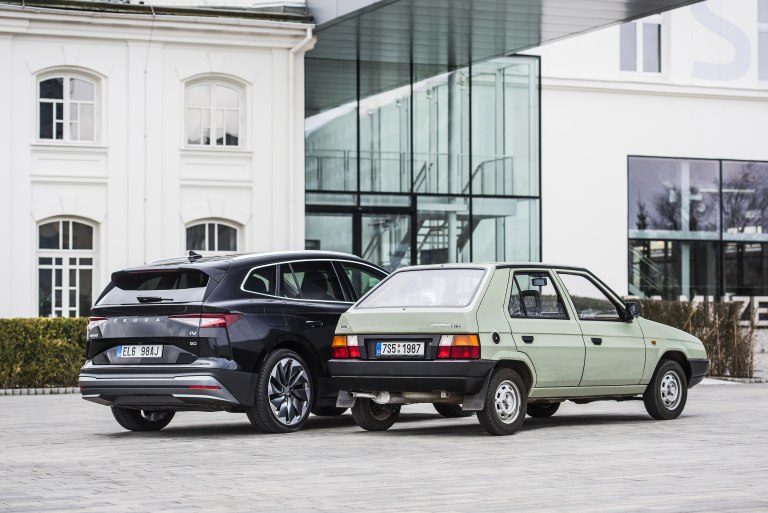 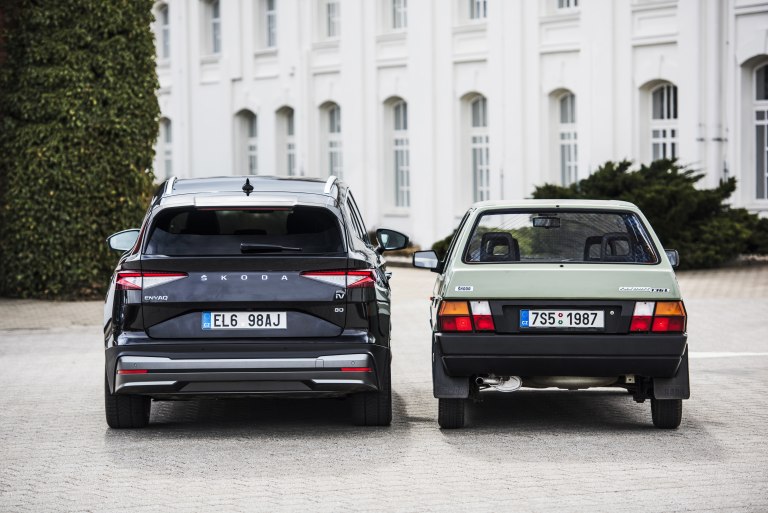 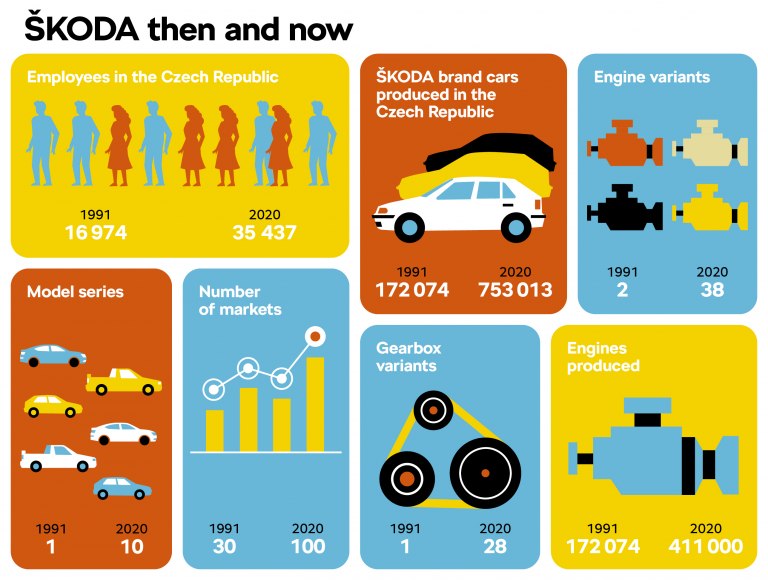 ŠKODA then and now 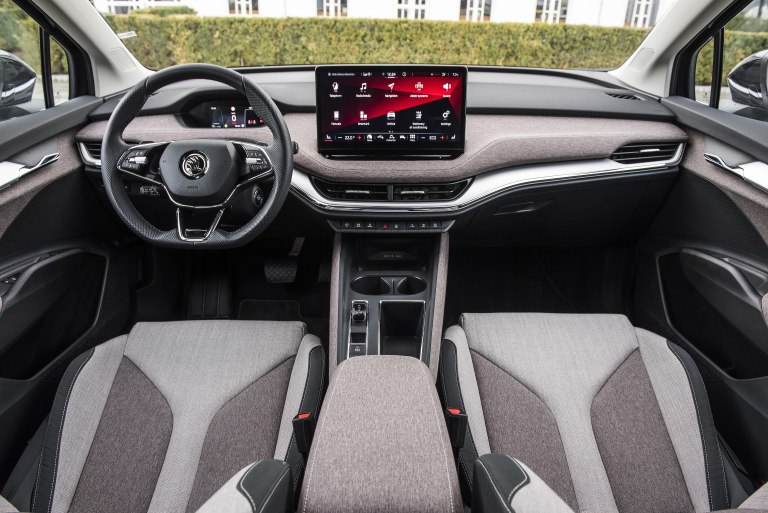 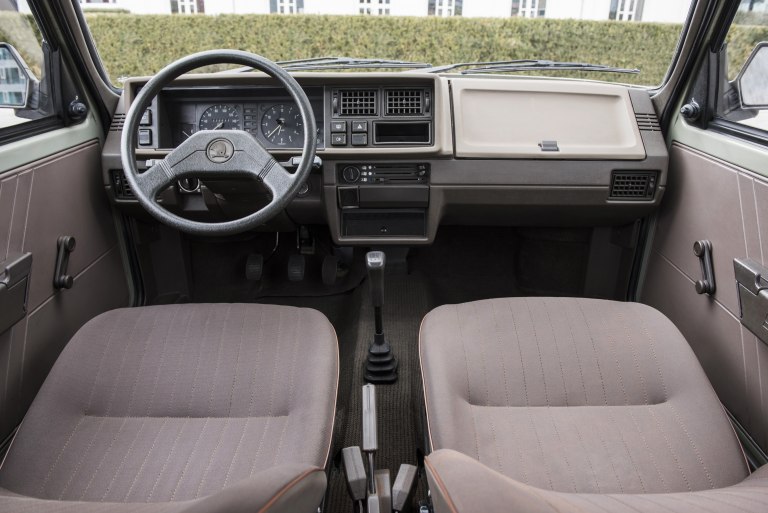 Interior of the ŠKODA FAVORIT model 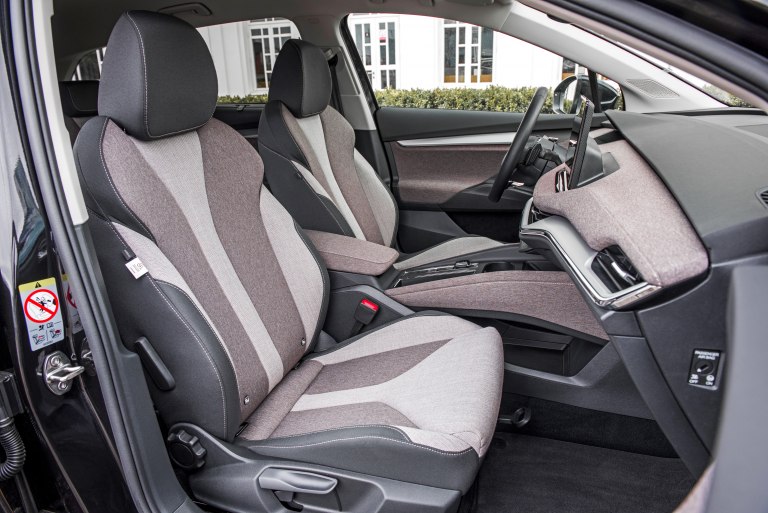 Seats for the ŠKODA ENYAQ iV 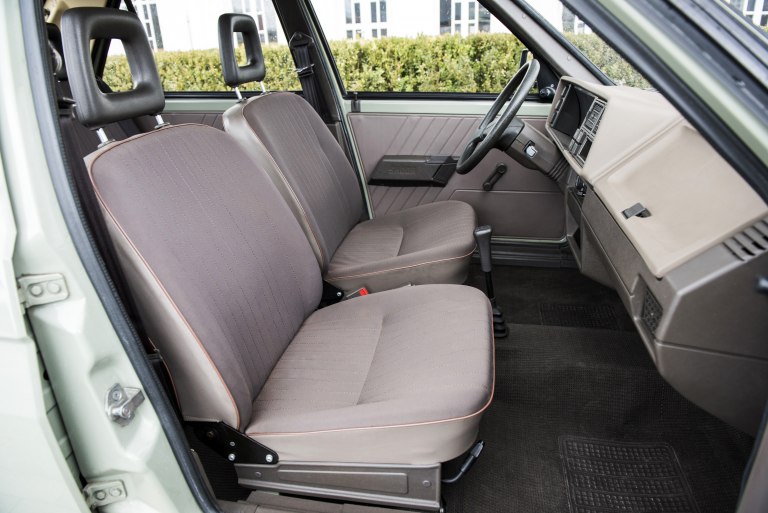 Seats for the ŠKODA FAVORIT 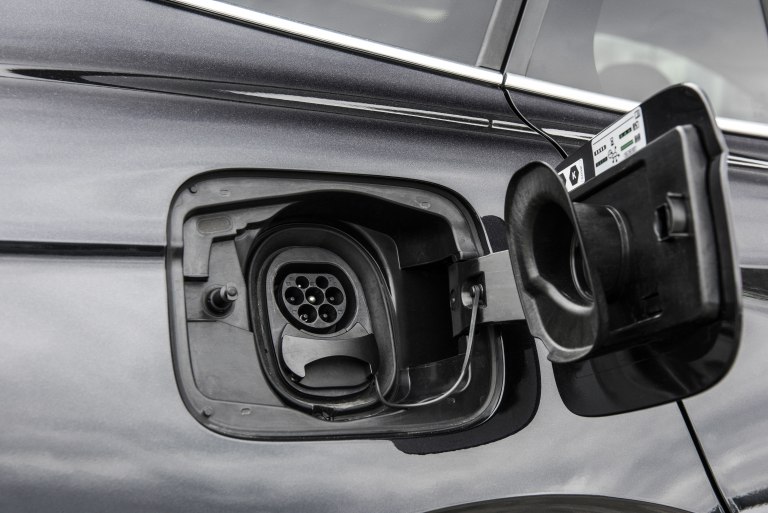 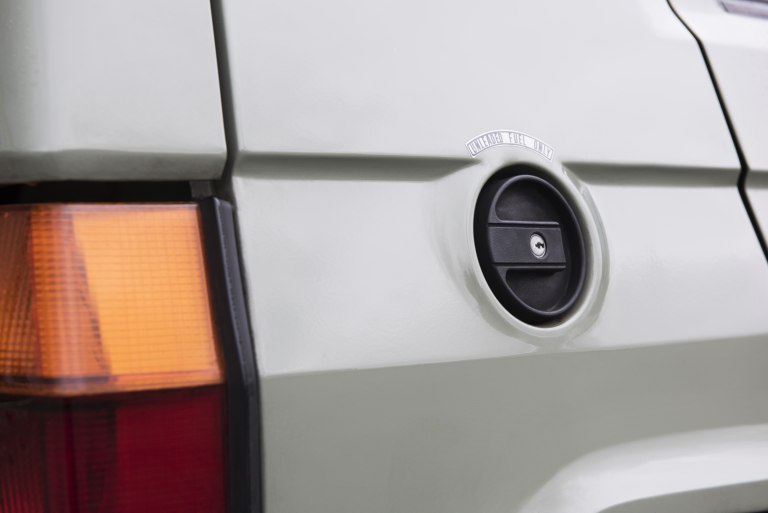 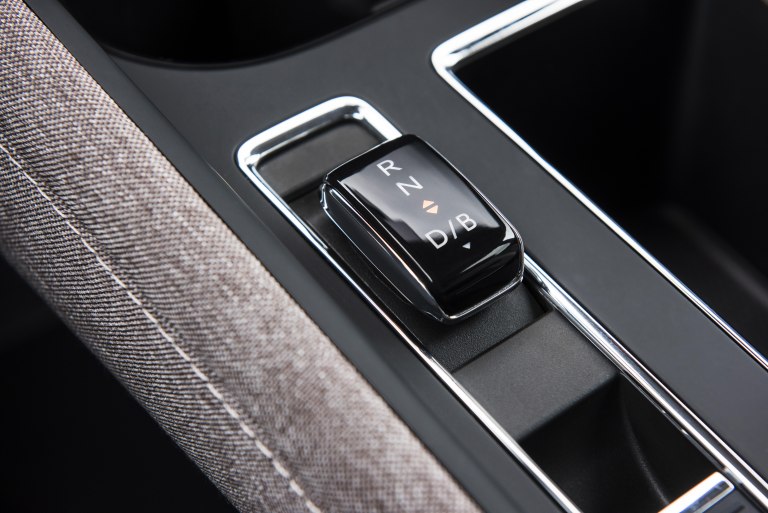 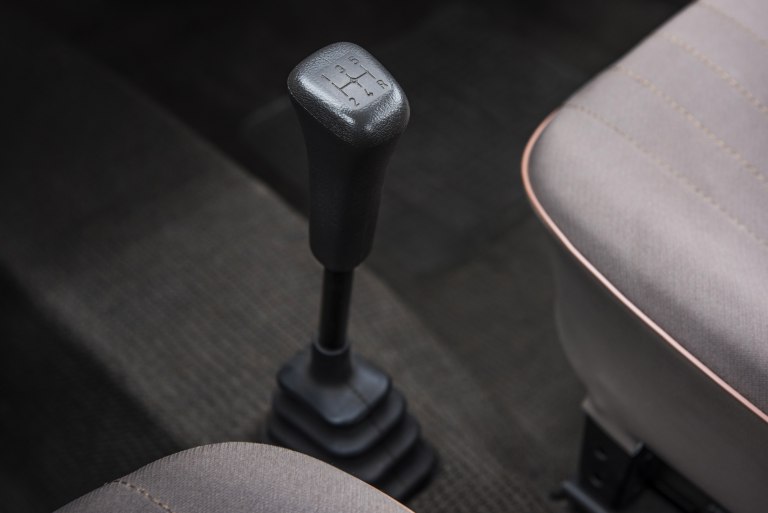 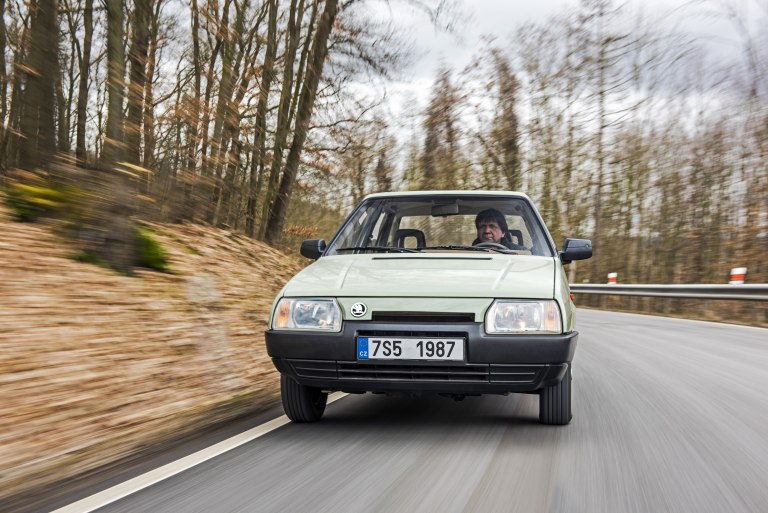 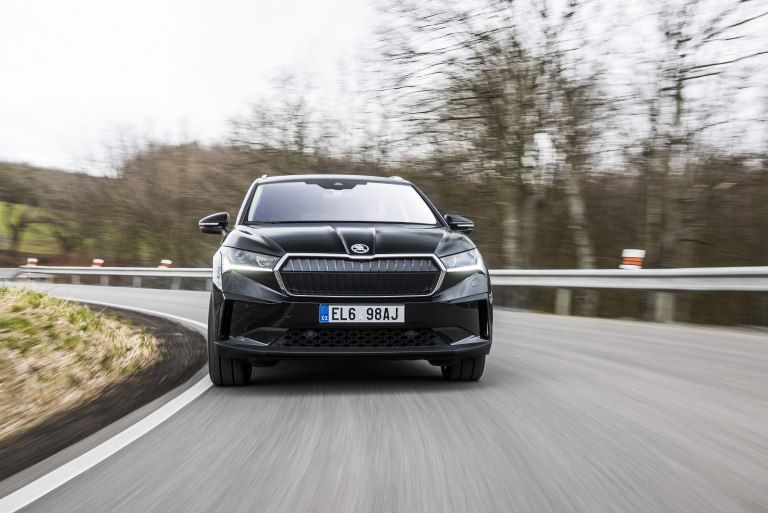