ŠKODA VISION RS was not only one of the highlights of this year's Paris Motor Show. The new dynamic concept car also starred in a futuristic comic strip. View the comic and find out more about the story behind.

It is a bright and sunny day in Paris, when 18-year-old twins Laura and Klement stand beneath the Eiffel Tower, happily making selfies. All of a sudden, a mysterious car slowly approaches them. But no one is sitting inside. The window pane descends as if by magic. An unknown voice asks from within: "Wanna drive to the future?"

The mysterious car was no less than the new VISION RS, ŠKODA presented at the Paris Motor Show, and this scene was the beginning of an exciting comic strip, exclusively produced for Social Media and published on ŠKODA’s Facebook and Instagram channels at the beginning of the event. It consists of seven episodes with three animated scenes each. The plot in a nutshell: Laura and Klement take the opportunity the unknown voice – car's voice assistant – offers them and experience a thrilling trip through nighttime Paris with a surprising twist in the last episode.

It was the first time ŠKODA realized a project like this. The aim was to create entertaining and inspiring content that not only rejuvenates ŠKODA’s fanbase through social media channels, but also works as a test for the attraction of the youngest generation of social media users.

Laura and Klement, the protagonists of the comic story beside VISION RS, are also the main characters of ŠKODA’s overall kids communication. Their names derive from the company’s founders Václav Laurin and Václav Klement. Unlike the comic strip, where they appeared as 18-year-olds for the first time, they have been the 5-year-old heroes in the ŠKODA kids’ book: „Laura and Klement in the City Jungle“, which is available for free at ŠKODA dealerships. This book also provide hidden animations and real-life sound features that can be unveiled with ŠKODA‘s new augmented reality app. 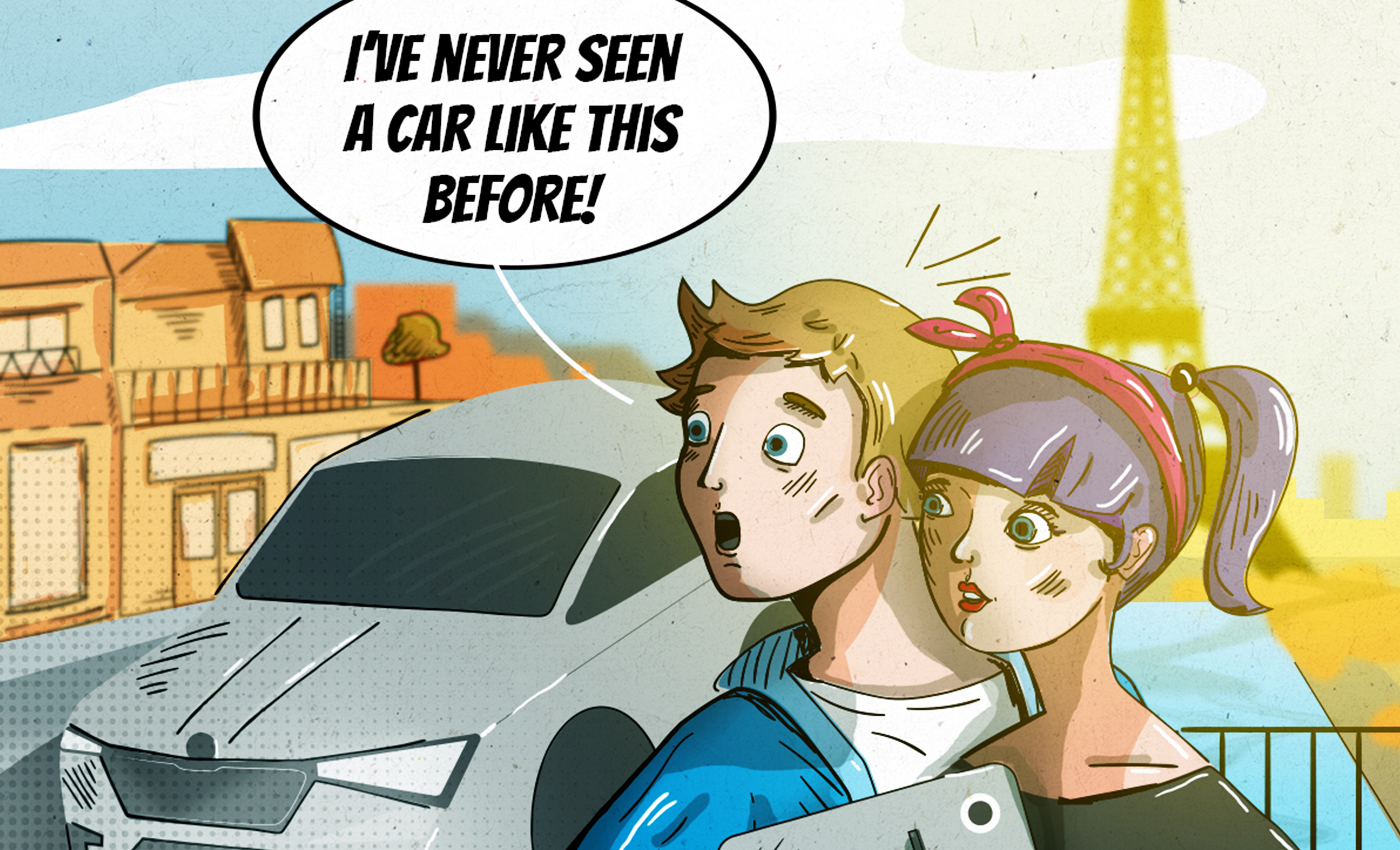 HOW THE COMIC STRIP WAS MADE

Sandra Povolná illustrated the Laura & Klement comic strip. Read a short interview about her sketching technique, what she likes most about the story and which ŠKODA model is her favorite one:

Sandra Povolná is a 33-year-old, studied graphic designer and illustrator, living and working in Prague. When she doesn’t create social media assets, she dedicates herself to “Sanda Panda”, her personal private art space that she uses for her paintings and illustrations.

1. Mickey Mouse, Marvel, Manga – people all over the world and of all ages love comics in various styles. Why is this format so popular?
I think it is the combination of dynamic images with simple texts. That’s why the reader can quickly get absorbed into the story.

2. How many comics have you drawn so far, and which style do you prefer personally?
Honestly, I am not sure how many. It’s a very popular social media style. Paradoxically, I like two completely different styles. On the one hand, dark comic books such as The Crow or Sin City, and on the other hand, I am extremely fond of funny, short comics from C. Cassandra or Garfield.

3. What were your first thoughts when you heard about the Laura & Klement comic?
Wow, a magical ride through Paris! I want to experience that myself.

4. What is the main difference between a comic for social media and a printed one?
There are technical differences. Traditional comics have several parts – a sketch, an outline, and then only colouring and finally printing. And what is done cannot be changed. On the contrary, in the digital environment you have the ability to work with a comic, change it, add things to it, or animate it, as we have done it with Laura & Klement

5. How do you usually work – completely digital, or do you start sketching with a pencil?
I always start with a rough pencil sketch. If I’m happy with the composition and dynamics of the picture, I redraw it into a more detailed sketch, still with a pencil. During this step, I try to get the first approval. After that, I scan the drawing and continue on the computer.

6.  Which scene of the Laura & Klement comic strip did you like the most – and which one was most challenging?
I prefer the scene when the VISION RS is coming to the FUTURE building. I like the atmosphere created by a combination of black and blue lights. The biggest challenge was probably the scene when Klement wakes up. There's a big detail in the scene for Klement, who's supposed to look, sprawled, surprised, and having that „Oh, I see“-moment. It was quite challenging to make sure that Klement does not look like a fool.

7.  And what was most challenging about drawing the VISION RS?
The headlamps and lines around them. That is the key distinctive part of the RS, so it was necessary to draw them very accurately.

8. Laura and Klement already existed as 5-year-olds. Why did you draw their 18-year-old pendants in this particular way?
I tried to make it clear that they are no longer kids, that they are independent, modern and funny. 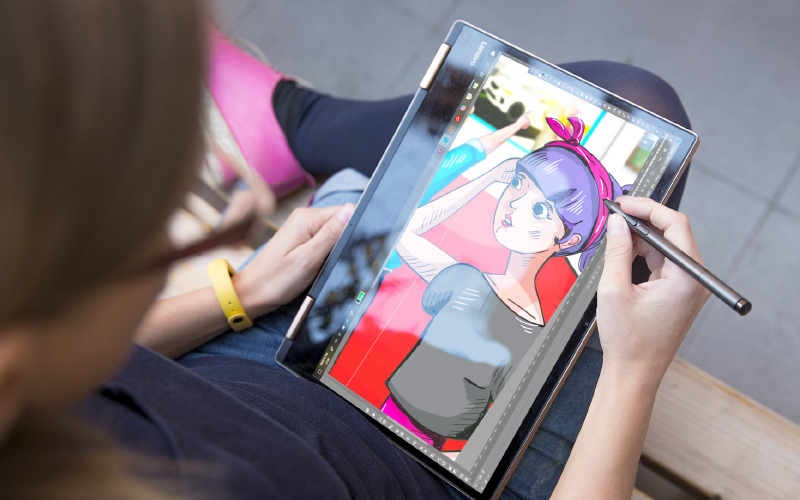 9.  If you had the chance to illustrate a comic of your choice, what would it be?
Something funny for children, as I mentioned earlier, I am a big fan of Garfield.

10. You worked for a ŠKODA project – do you like their cars, especially the design?
I like them all very, very much! I like that all the current models have a very distinctive grill and rear-end lines – they are beautifully recognizable. If I had to choose a model, it would probably be KODIAQ. 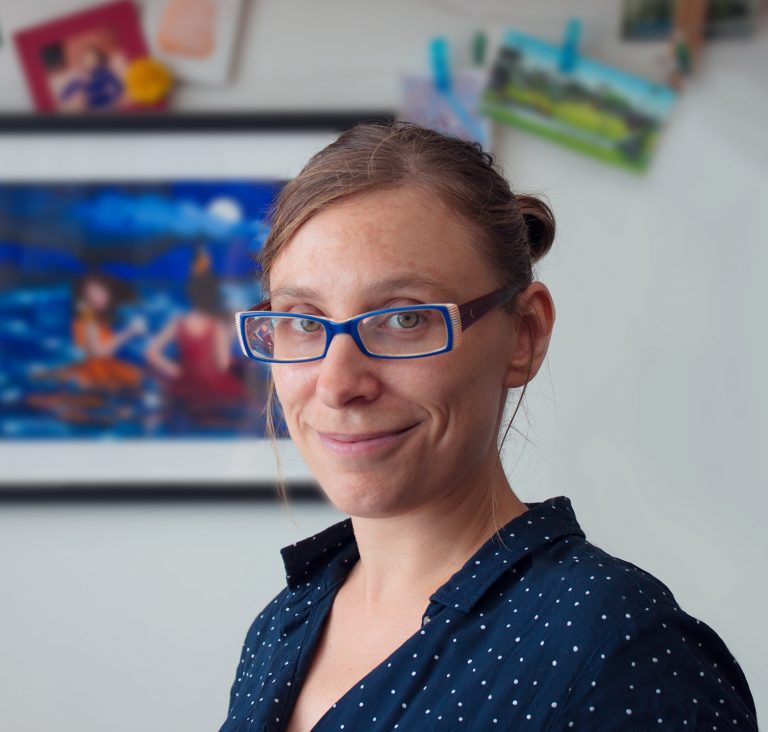 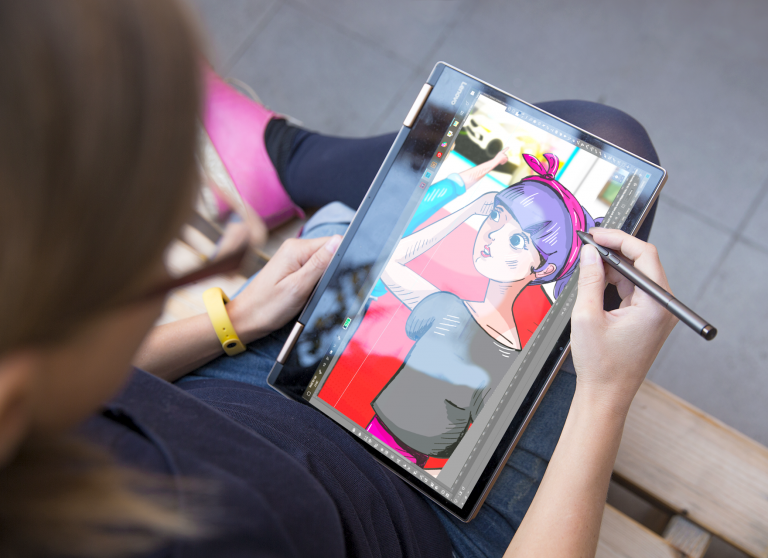