AC, DC, wallbox, fast charger, various types of plug and socket. There are numerous charging options, and they’re all easy to use. If anything’s unclear, this article will tell you all you need to know.

The issue of charging electric cars could either be very complicated, or simplified down to saying that you just need to plug the supplied cable into a socket and that’s it. At home you would use the standard cable supplied with the car, or the plug of an installed wallbox, while on the road it would usually be a cable that’s an integrated part of a charging station. 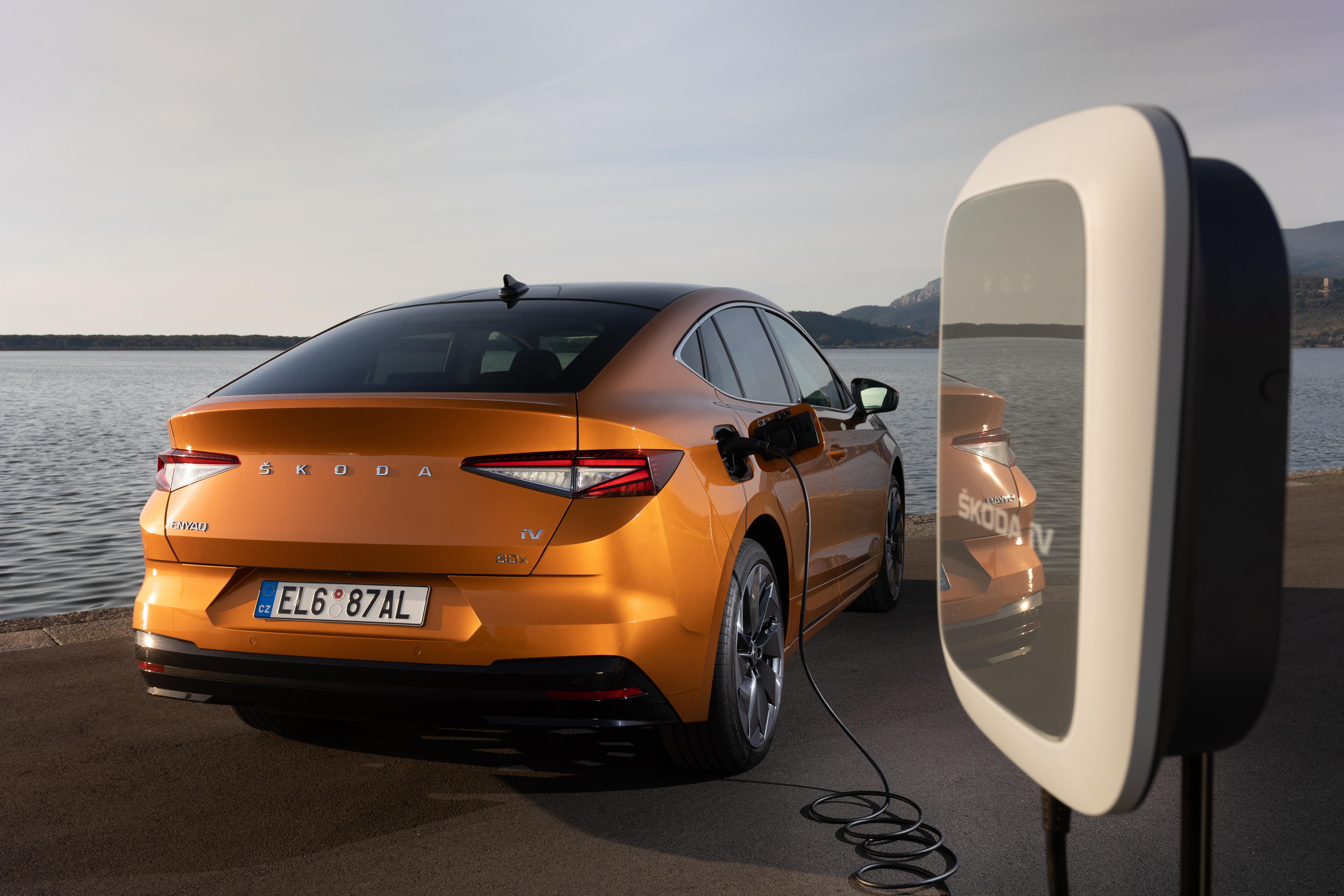 ŠKODA offers wallboxes for convenient home charging, including the option of installation.

But if we’re talking about charging per se, the underlying science, then there are two options: alternating current (AC) charging and direct current (DC) charging. AC charging is charging the car from the regular mains; DC charging from a charging station with an integrated inverter. The inverter is in a way the main reason why these charging methods differ in the maximum power they normally provide.

It’s like this: the battery stores energy in the form of DC voltage, and the car needs to have its own on-board inverter that will allow the battery to be recharged with DC current even from the AC mains. However, the inverter requires particular parameters for particular outputs, if only because of the thermal load its operation involves. And if a car were supposed to have an AC to DC converter on board for high power outputs, as DC chargers normally do, it would be too big and heavy. 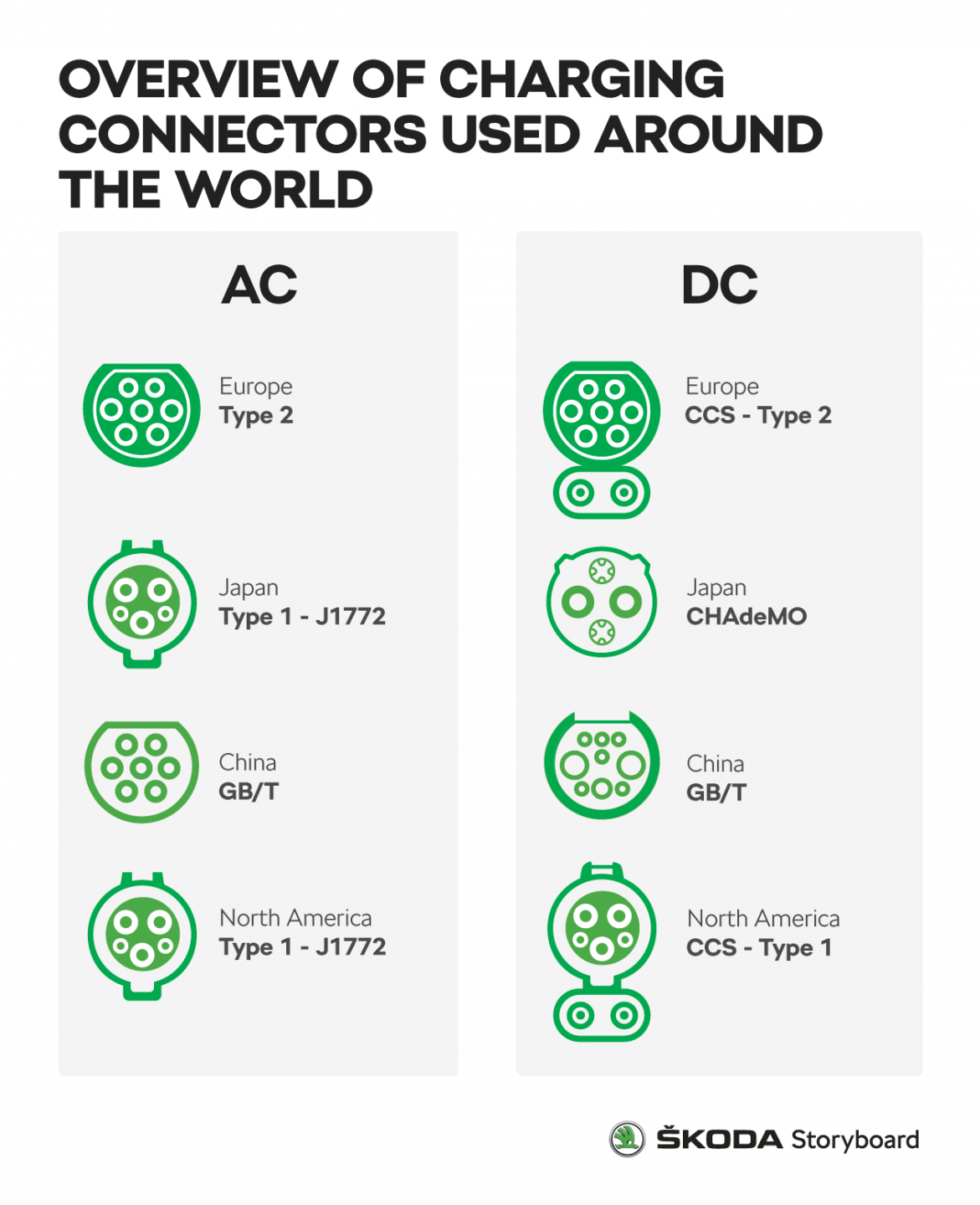 So the standard inverter in cars is compact and can handle outputs in the order of units to the lower tens of kW, which are the outputs that AC charging at home from a wall socket, wallbox, or on the road from a public charging station will provide. The charging is managed by the car itself and everything goes through its own inverter. The ŠKODA ENYAQ iV can handle up to 11 kW of power in this way, for example.

But DC charging is different. “In this charging method, energy is supplied to the car from an inverter located in the charging station, so the voltage is already DC and adapted to the battery,” says Michal Hora ŠKODA’s expert on high-voltage charging systems. The inverter in the charging station can be much larger and heavier than the one in the car, so it can attain higher power outputs. A typical DC fast charger will offer an output of 50 kW, but outputs of up to 150 kW or even 350 kW are not uncommon either. The ŠKODA ENYAQ iV can be charged in this way with a maximum output of 135 kW. “What’s interesting is that during DC charging the charging station’s inverter basically behaves like part of the car, supplanting and sidelining the car’s inbuilt inverter,” Hora explains. 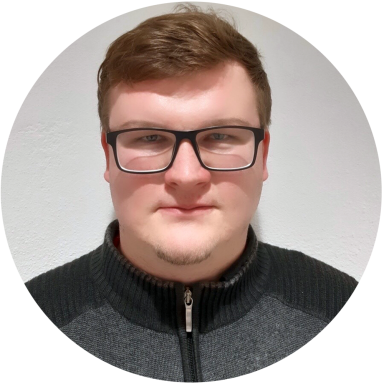 More or less one standard

As far as connectors are concerned, there are several types, but ŠKODA drivers do not have to worry about not being able to plug their car into a charging station. In Europe, a connector called CCS – Combined Charging System – has become the standard for DC fast charging. And shape-wise this is just an enlarged version of the Mennekes type connector, which is the standard for AC charging and is therefore found both in home wallboxes and in the cable supplied with the car, which can be connected to both 230 V two-phase and 400 V three-phase sockets. 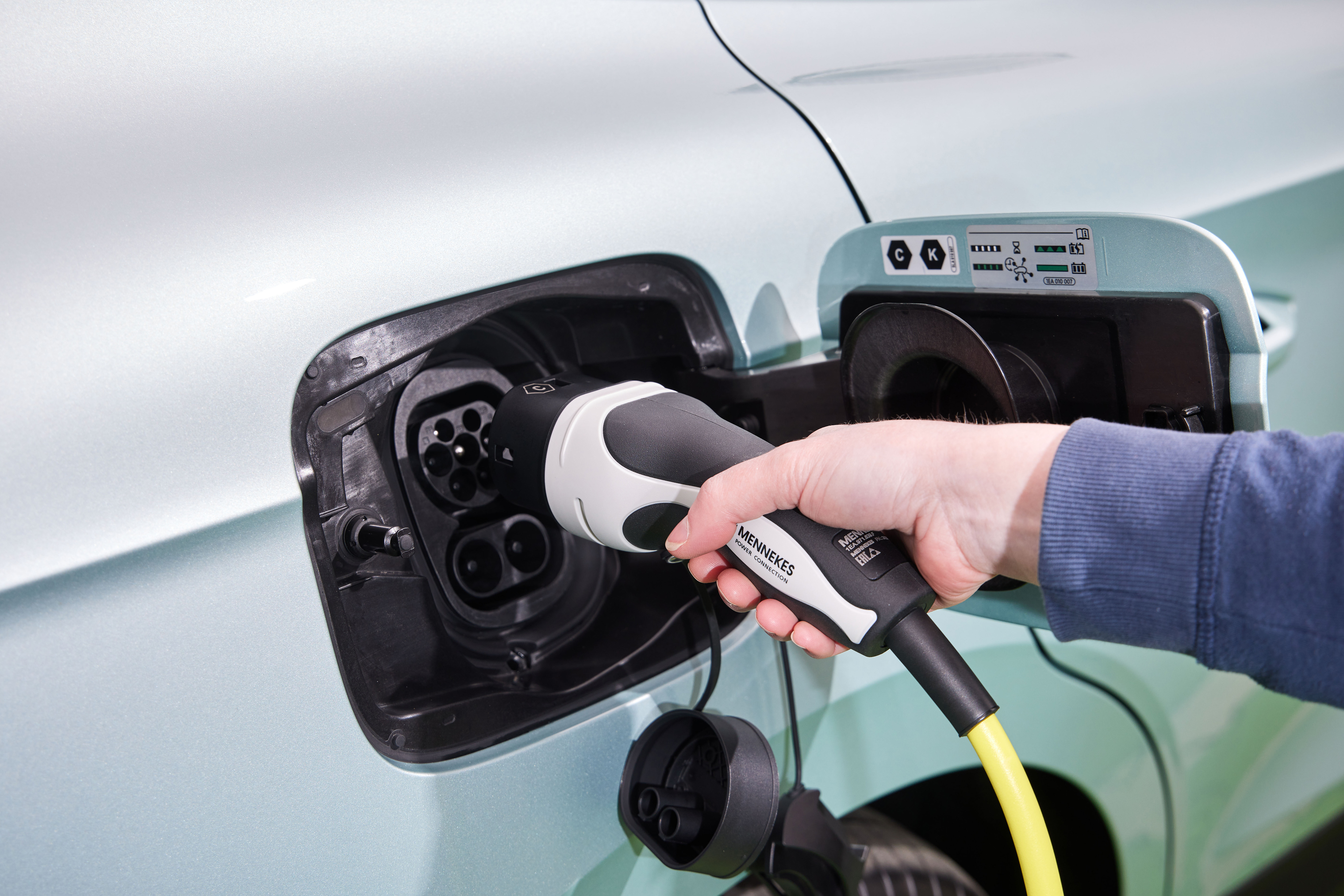 There are 310,000 CCS connector chargers in the network of charging stations available with POWERPASS for problem-free charging anywhere using a single authorisation card. “In Europe we can still find the CHAdeMO connector, but it is much less widespread and CCS is the generally accepted standard,” explains Hora. “Other types of connectors are used in Asia or the US, for example, but that’s not something a European motorist usually has to deal with. Still, when travelling anywhere outside the EU, it’s a good idea to check what connectors are available at local charging stations and what sockets are used in the country and to equip yourself with the necessary adapters,” Hora advises. 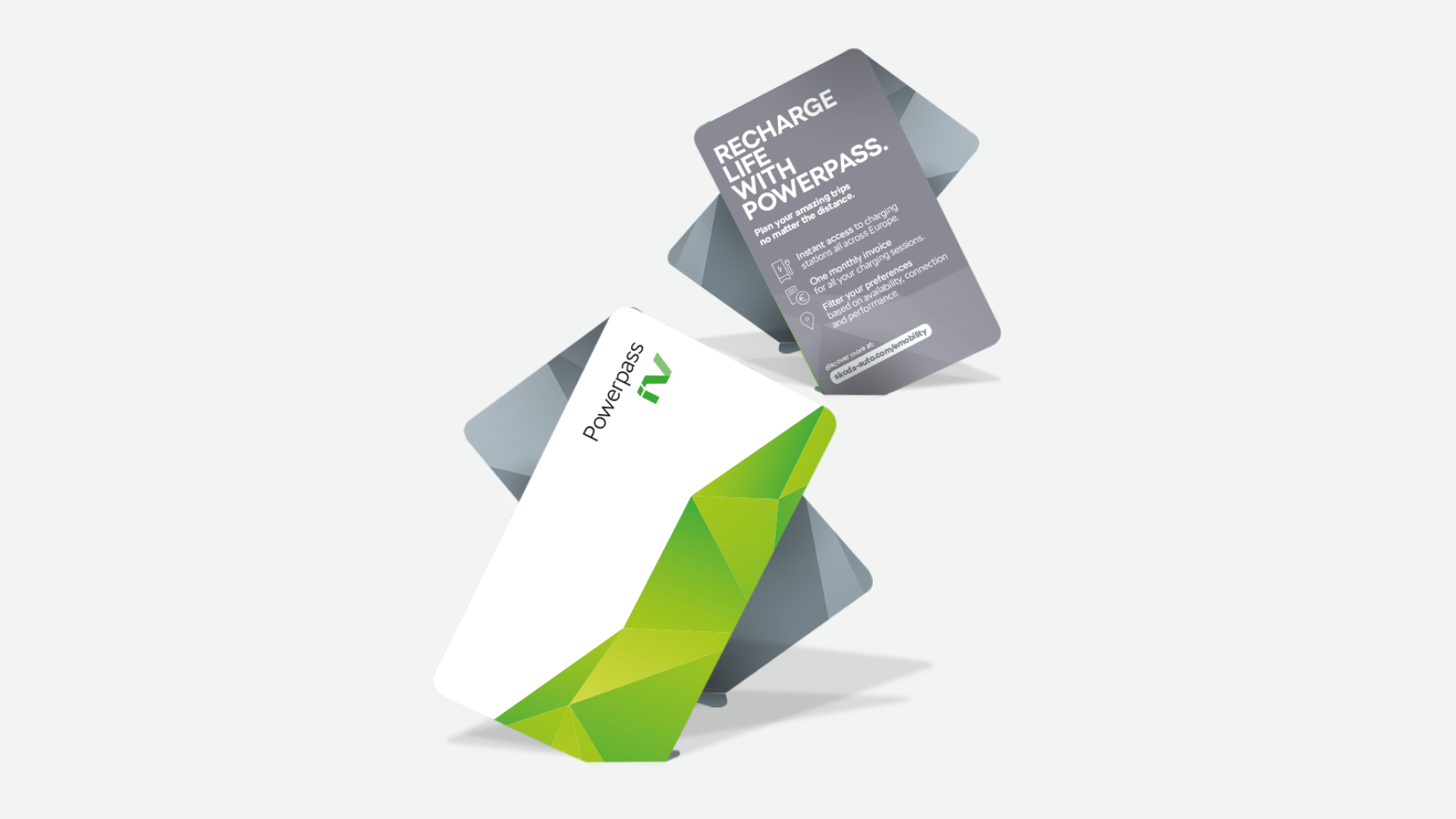 A few hours or a few minutes

Depending on the method used, the charging power and the time the car has to spend connected to the charger will vary. Using the supplied charging cable, an electric car can charge from a standard electrical socket with a power output of between 2.3 and 11 kW. While public AC chargers typically have outputs ranging from 3.6 to 22 kW, a three-phase socket or home wallbox can handle outputs of 7.2 to 11 kW. The wallbox speeds up the charging process and an ENYAQ iV can be charged in six to eight hours, depending on its battery capacity. Charging from a conventional 230V socket is the weakest and therefore the slowest. 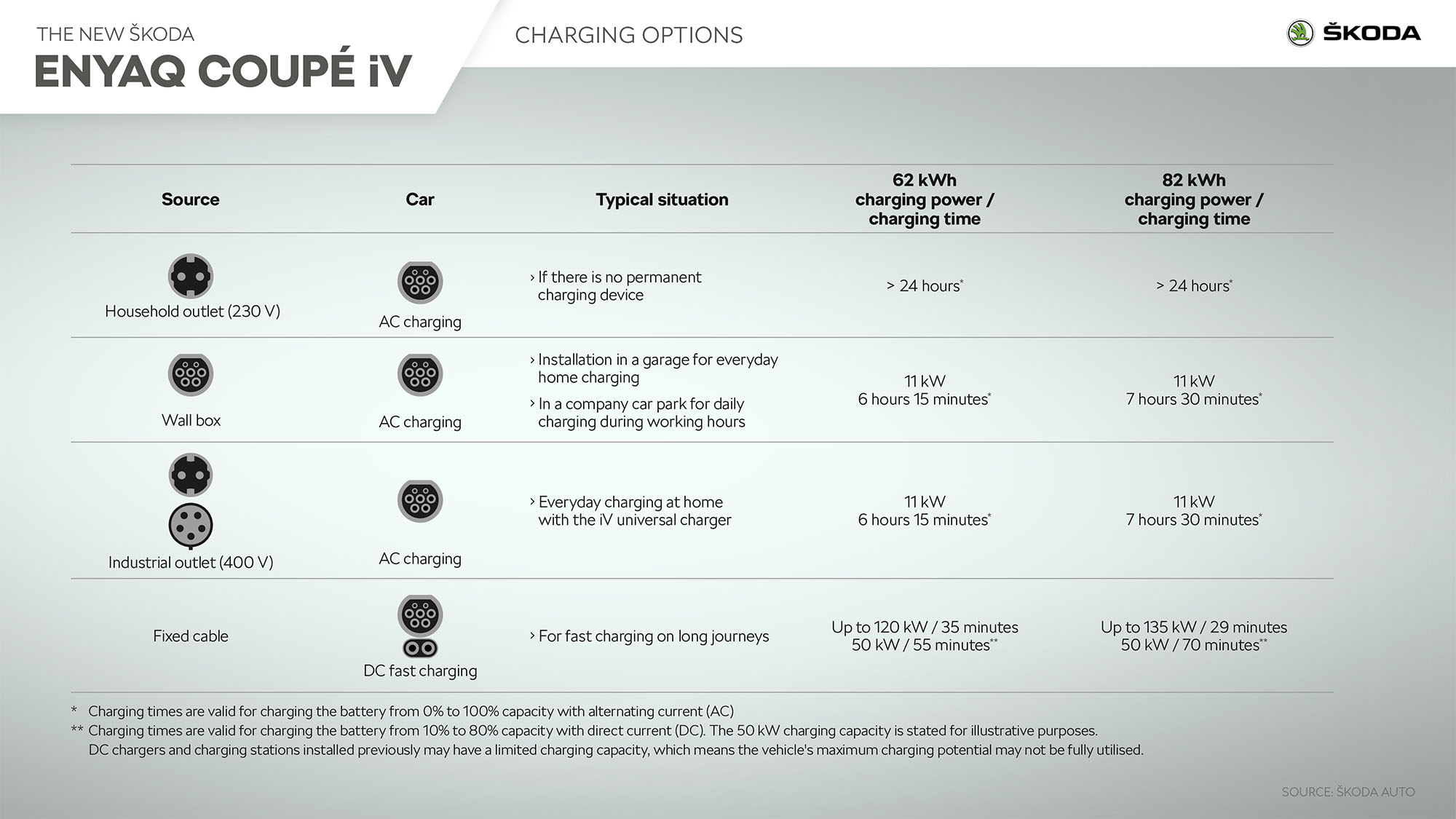 With DC charging everything is much faster. A 50 kW charger can charge the ENYAQ iV to 80% of its battery capacity – the recommended charging level – in less than an hour; it takes about one hour and twenty to reach full capacity. And at 135 kW, the ENYAQ iV can charge from 10% to 80% capacity in just 29 minutes.

On the public charging network, it’s easy to charge “just about anywhere” thanks to the POWERPASS service. A single card or mobile phone app gives users the chance to charge their car at a large network of 310,000 public stations, including fast charging stations in the IONITY network. “Electricity prices are rising, but so are the prices of conventional fuels, so the advantage of electric cars remains,” says Hora, adding that anyone who has the opportunity can generate electricity for an electric car at home using their own photovoltaic power plant.

A network of charging stations where you can use POWERPASS

The future of electric vehicles is also partly linked to photovoltaic power. In the future, it will be common for a car with batteries to become part of the entire energy management of a household and the smart grid. When necessary, the car battery will therefore be able to power the home’s equipment, charging at times when it is convenient and appropriate. 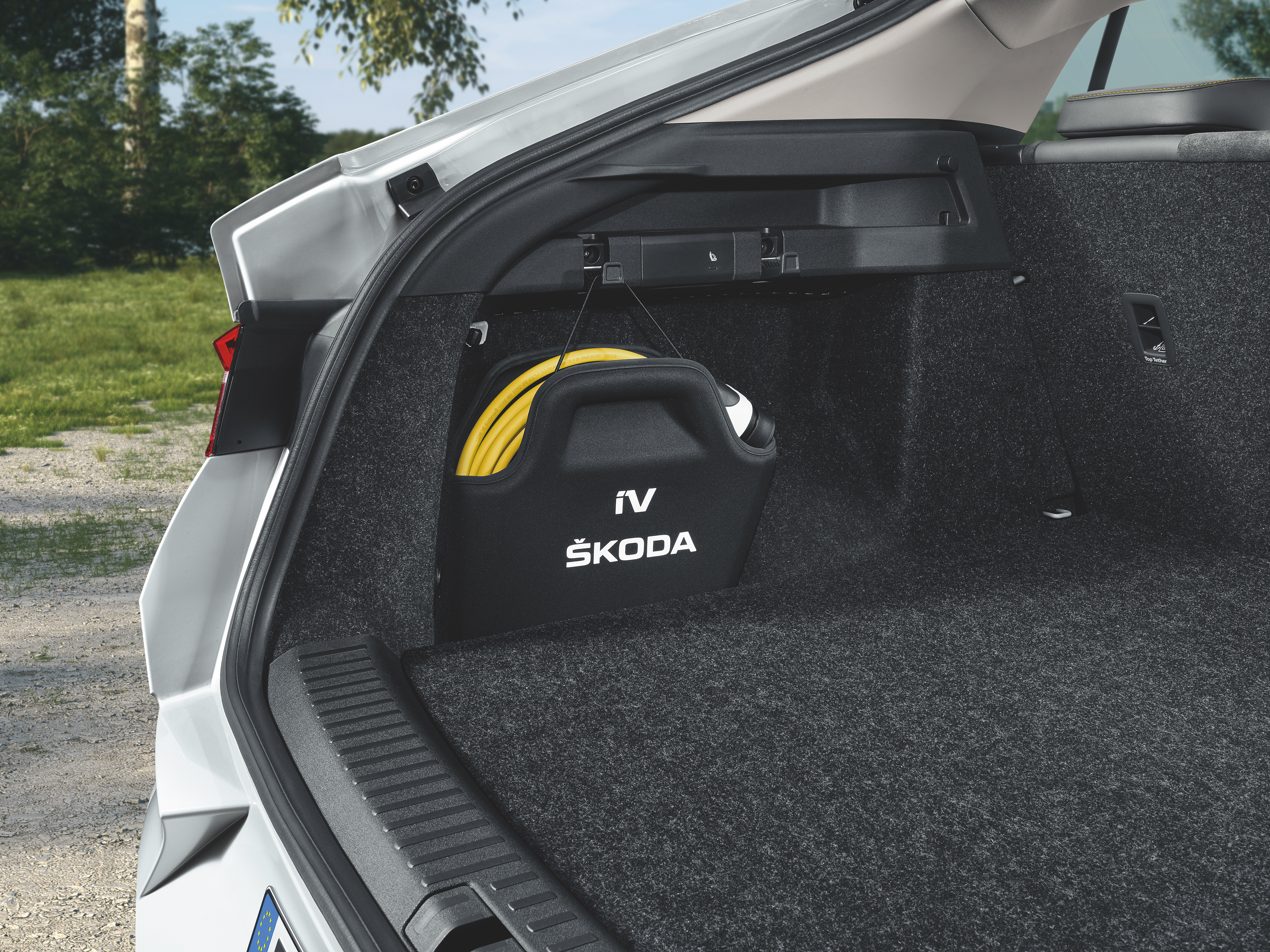 Needless to say, the options for charging electric vehicles are also expanding. In addition to the expanding network, there are also other technical avenues being explored to make charging easier. “One way to make the range of electric cars and their charging a little more pleasant is to use solar cells on the car body,” Michal Hora suggests a possible future. One technical innovation that is already on the way, he says, is robotic charging, where a robotic arm plugs the charging station connector into the car.

Powerbank made of depleted batteries

ŠKODA intends to use depleted batteries from electric cars in special “powerbanks” that should provide accessible fast charging at car dealers or certain busy charging stations. That is because fast charging requires the appropriate reserved input from the mains, but that might not always be available everywhere, or reserving it may be very costly compared to the offered service (think of it as a payment for a bigger circuit breaker at your home). So a special battery box with 328 kWh batteries and an integrated transformer station can help out at times when the existing mains network is insufficient. “The batteries in the powerbank charge slowly at times of low consumption. When an electric car arrives, it supplies high power to the charger,” says Jan Špatný, ŠKODA’s battery repository expert. Batteries that are no longer fit for use in cars are ideal for this purpose, he says. “Compared to its time in a car, a battery in this kind of repository works much less hard,” Špatný adds. 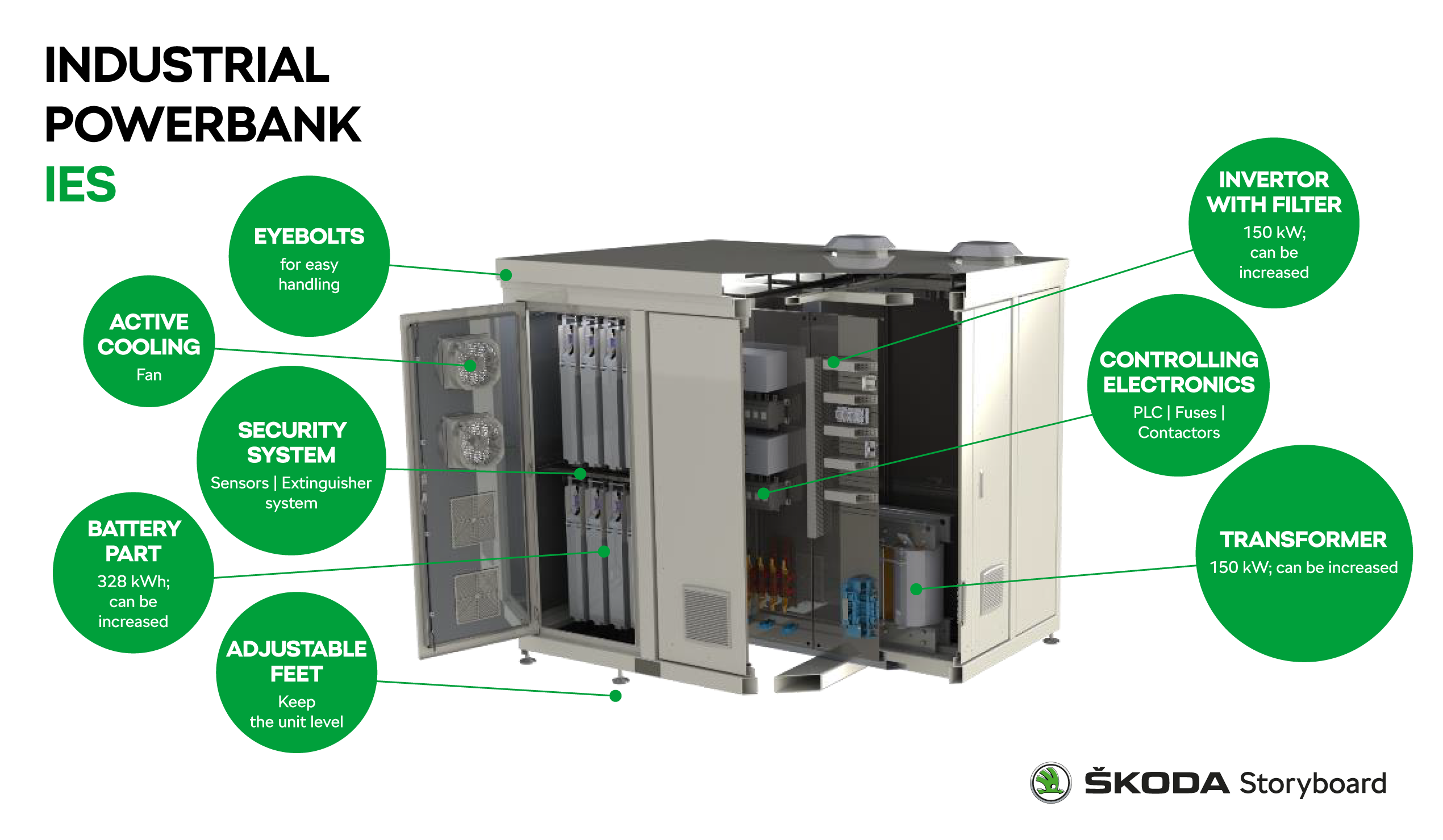 ALL YOU NEED TO KNOW ABOUT ELECTRIC CAR CHARGING 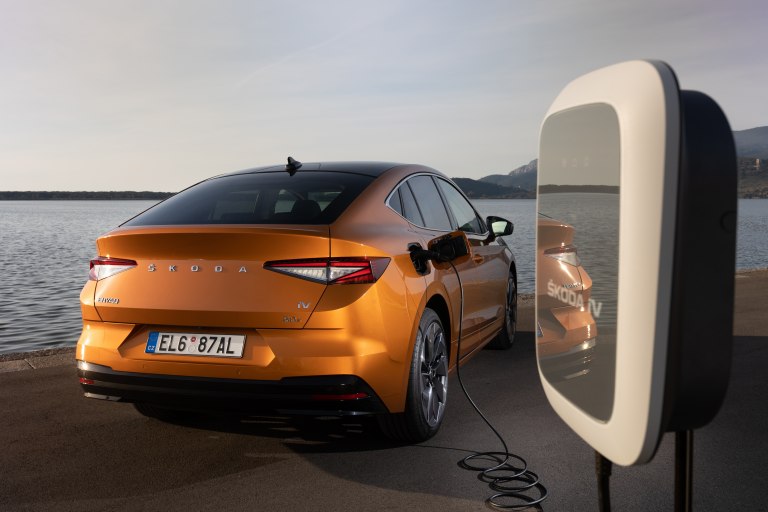 ŠKODA offers wallboxes for home charging, including the installation. 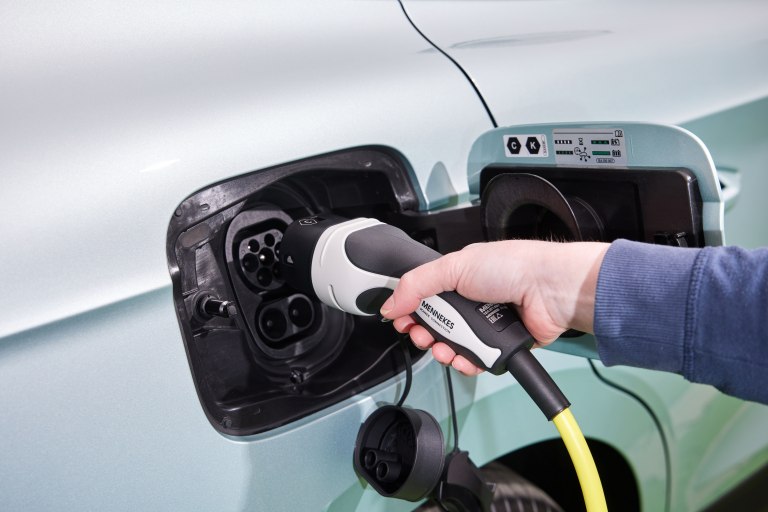 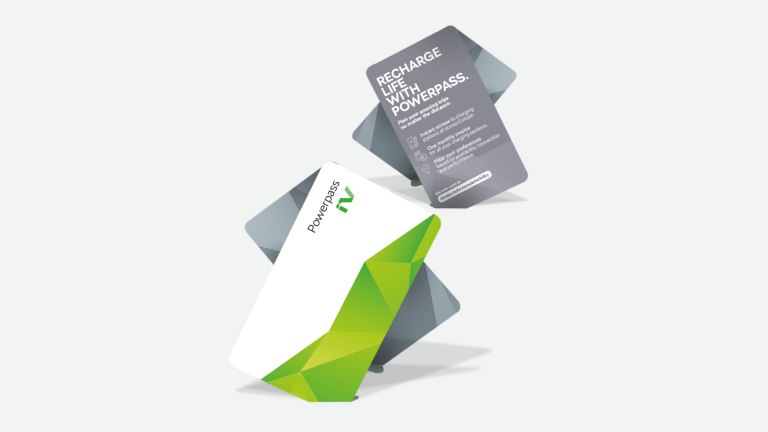 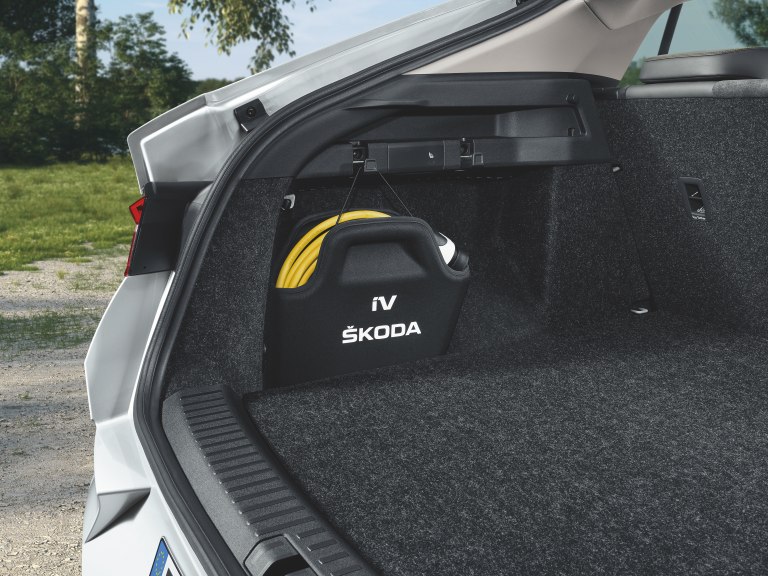 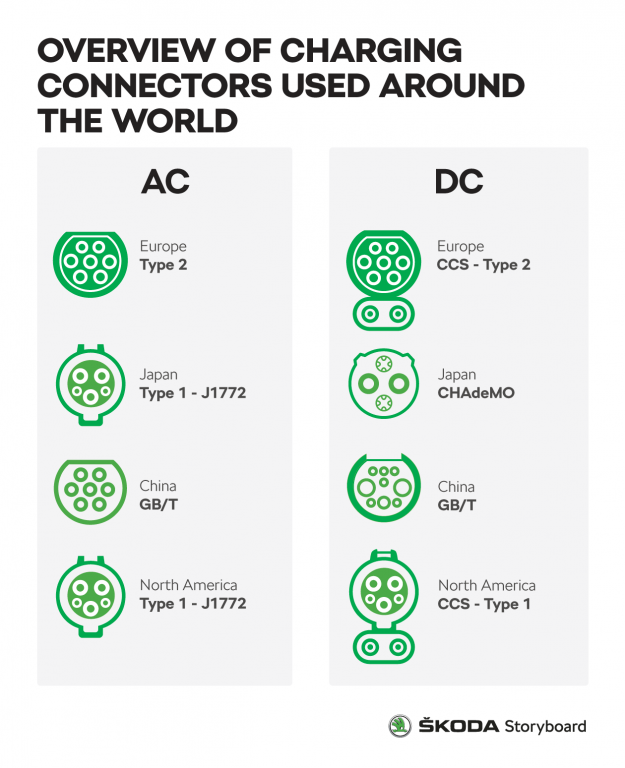 Overview of charging connectors used around the world 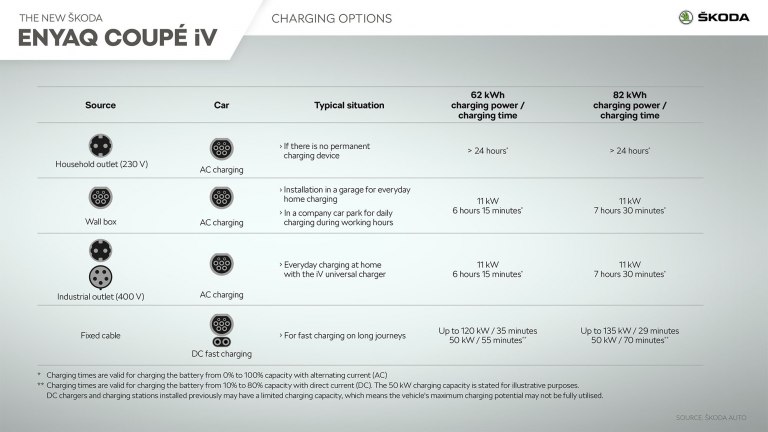 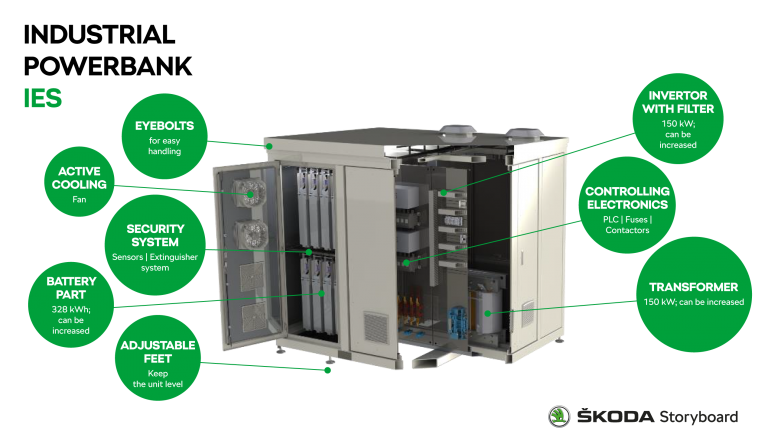