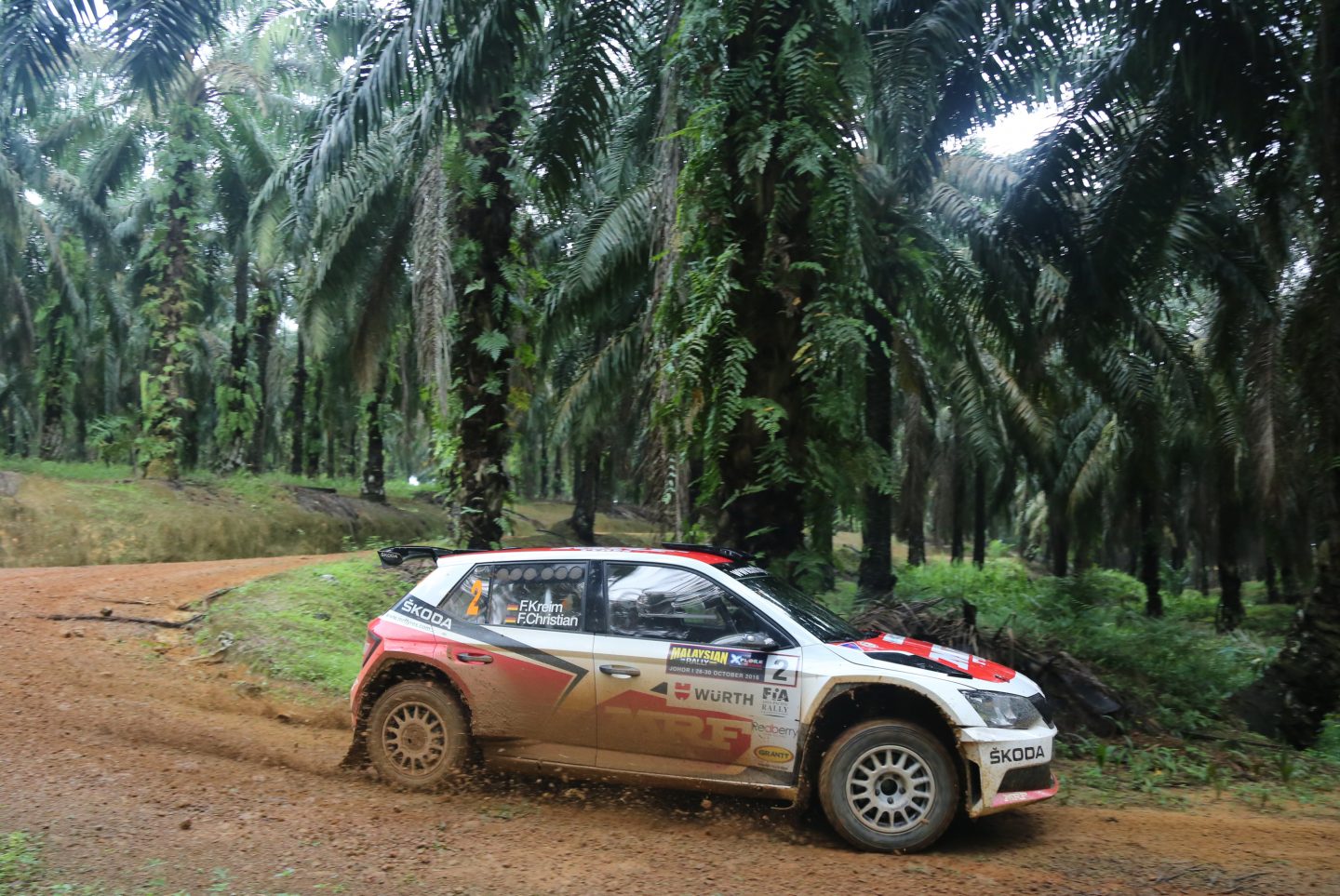 Mladá Boleslav, 1 December 2016 – The season finale in the FIA Asia-Pacific Rally Championship (APRC) in India will be an exhibition for the ŠKODA brand and local hero Gaurav Gill. The Indian driver has already been confirmed as champion in the Drivers’ standings before his home rally, repeating his triumph of 2013. ŠKODA also arrives at the Rally India, which takes place from Saturday to Monday, with an unassailable lead in the Manufacturers’ Championship, meaning they are guaranteed a fifth consecutive APRC title. One title is still up for grabs, in the Co-Drivers’ Championship: this is the scene of a duel between ŠKODA co-drivers Glenn Macneall (AUS) and Frank Christian (D) as they battle for the lead in the overall standings.

“We are delighted that our ŠKODA rally team is out in front in this important market in the Asia-Pacific region,” says ŠKODA Motorsport Director Michal Hrabánek. “The performances in 2016 have been flawless, with five wins in five races in the APRC and we hope it stays that way in India. We want to crown our very successful season in the APRC,” continues Hrabánek.

The final round of the season will be a special occasion for experienced driver Gaurav Gill, who has won all five of this season’s races so far. Thousands of home fans will celebrate the latest championship win for the national rally hero. He will also celebrate his 35th birthday on 2nd December, the day of the opening ceremony at the Rally India. “I am really looking forward to my home event,” says Gill. “I can approach the rally in relaxed fashion as I have already wrapped up the title. However, I obviously want to put on a perfect show in the ŠKODA FABIA R5 for my fans.”

Seventeen special stages over a total of 225.42 kilometres are scheduled for the three days of rallying, some of which run through coffee plantations. This will be a new experience for the second ŠKODA driver Florian Kreim (D), who will end his first APRC season in India as runner-up. “I want to learn as much as possible as the season comes to a close, and also make it a bit more difficult for Gaurav to win. Second place in the overall APRC standings is a great achievement for me and I hope I can help my co-driver Frank Christian claim the title,” says the German rally champion. Christian has scored 138 points in the Co-Drivers’ competition and is still within striking distance of Glenn Macneall (153), the regular co-driver for Gaurav Gill.

… the Rally India returns to the APRC calendar this year as the season finale, but last year it officially only formed part of the FIA Asia Cup? A rally in India has been part of the FIA Asia-Pacific Rally Championship (APRC) on many occasions. In the early years, it was the “Himalayan Rally” from 1988 to 1990. This was then followed by the “Rally India” in 2003 and 2004.

… the Rally India takes place around the town of Chikmagalur? This is around 260 kilometres north of the metropolis of Bangalore.

… this year’s APRC champion elect Gaurav Gill has won the championship before? He took overall victory with the ŠKODA FABIA SUPER 2000 in 2013. He was the first Indian driver to claim overall victory in the APRC.

… the ŠKODA MRF team has provided the winning driver in the continental championship every year since 2012? The title winners since 2012 have been Chris Atkinson (AUS/2012), Gaurav Gill (2013) and then works drivers Jan Kopecký (CZ/2014) and Pontus Tidemand (S/2015).

… ŠKODA will also win the title of best manufacturer for the fifth time in a row? The Czech car maker leads the overall standings with 195 points, and cannot be caught by Subaru (128).

… India has 1.292 billion inhabitants, making it the second-most heavily populated country in the world after China (1.373 billion)? India is the seventh-largest country on the planet.