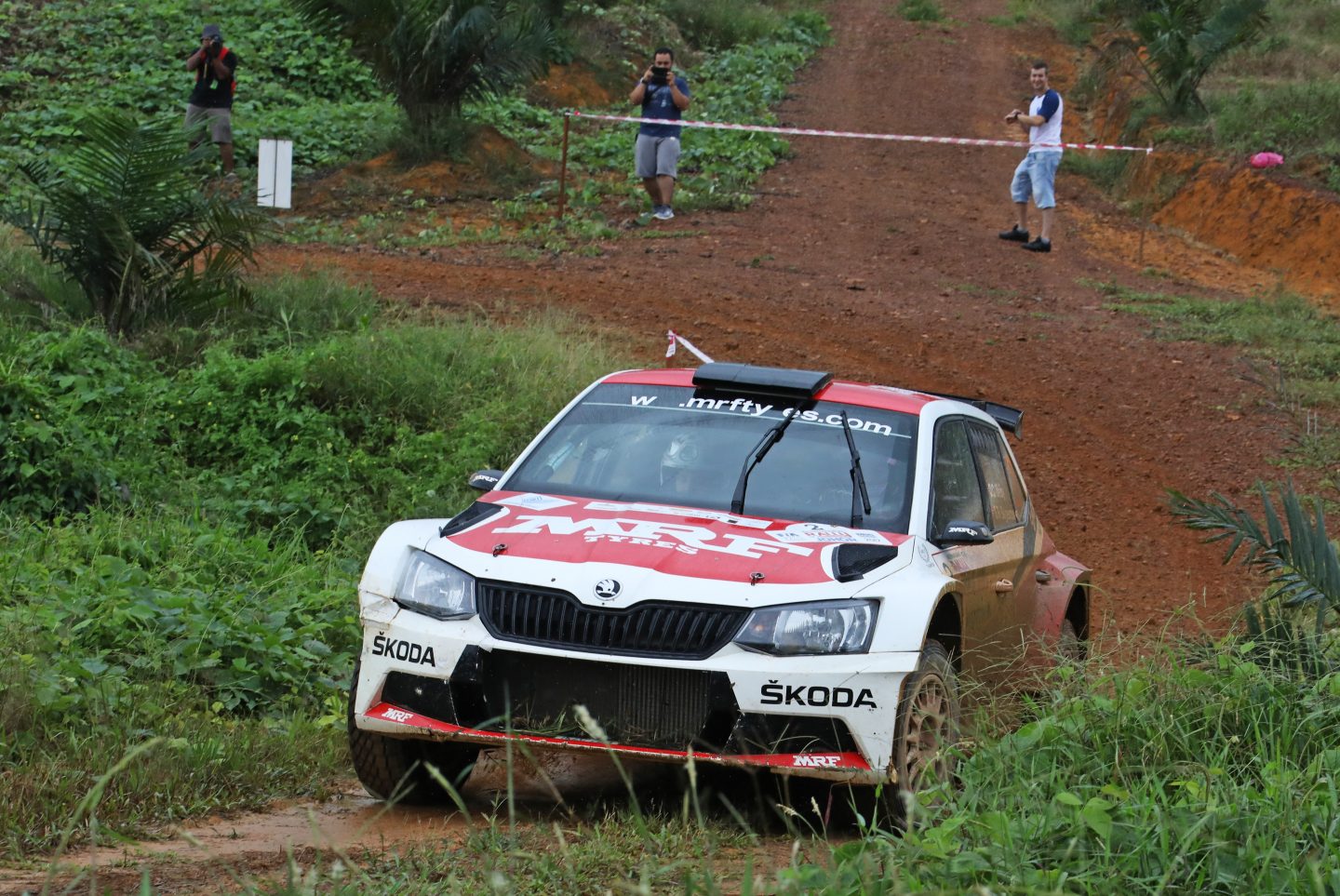 › At Rally Hokkaido ŠKODA prematurely secured the Cup for Manufacturers of the FIA Asia-Pacific Rally Championship (APRC) one round before season’s end
› At the same time Team MRF ŠKODA won the APRC Teams Award
› After their victory in Japan Gaurav Gill and co-driver Stéphane Prévot are in the best position to win APRC driver and co-driver titles
› Teammate Ole Christian Veiby, also driving a MRF ŠKODA FABIA R5, had to retire on day one but scored valuable points after restarting and winning the second leg of the rally
› ŠKODA Motorsport boss Michal Hrabánek: “Congratulations to the MRF ŠKODA Team for securing the Cup for Manufacturers of FIA Asia-Pacific Rally Championship.”

Obihiro/Japan, 17 September 2017 – At Rally Hokkaido, second but last round of the 2017 FIA Asia-Pacific Rally Championship (APRC), Team MRF ŠKODA’s Gaurav Gill and co-driver Stéphane Prévot (IND/BEL) achieved a dominant win. They took the lead on the second stage and defended it up to the finish line. Meanwhile their teammates, talented Norwegian shooting stars Ole Christian Veiby and Stig Rune Skjaermœn (NOR/NOR), had bad luck. With a slow puncture they slid into a ditch on the third stage and had to retire for the day. After re-starting on the second leg they were fastest overall on the final day eventually scoring valuable points for the championship. While reigning APRC Champion Gaurav Gill regained the lead in the drivers championship from teammate Veiby, ŠKODA prematurely won the FIA APRC Cup for Manufacturers. Also Team MRF ŠKODA became winner of the APRC Teams Award. The drivers and co-drivers title will be decided only between the two MRF ŠKODA teams at Rally of India (24 to 26 November 2017). 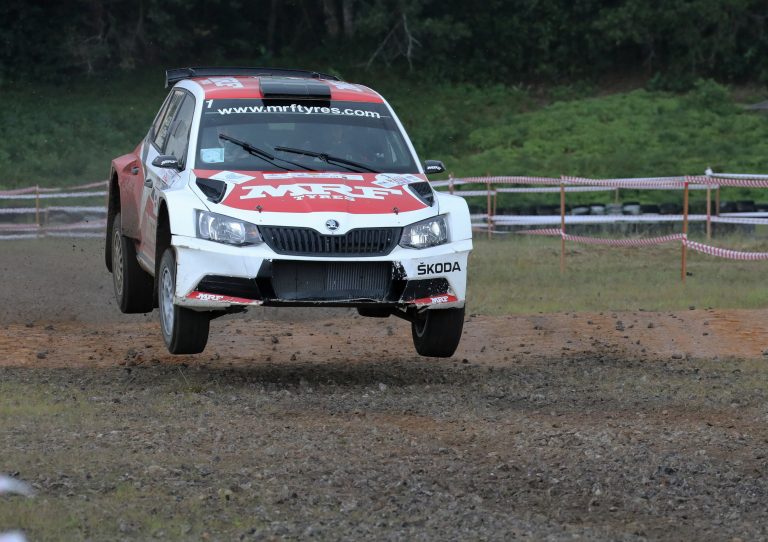 Temporary rainfalls made the gravel tracks on the northern Japanese island of Hokkaido even more demanding for the teams competing in the fourth round of the FIA Asia-Pacific Rally Championship (APRC). On the shortest stage of the whole championship, the 0.96 kilometres of the opening show stage “Sammy Satsunai” close to the service park, O.C. Veiby was fastest followed by teammate and reigning APRC Champion Gaurav Gill.

On the opening stage next morning, Gill scored the fastest time and everybody expected the thrilling season-long battle between Gill and Veiby to be continued in Japan. But on the 29 kilometres of the third stage, all went wrong for the Norwegian youngster. After a big jump a shock absorber broke followed by a slow puncture. Veiby slightly went off the road, unfortunately got stuck in a ditch and had to retire. From there on Gaurav Gill was clearly in command, scored all the fastest time of the day and built up a comfortable lead. “It has been a great day for us and Team MRF ŠKODA. We made a perfect tyre choice and a good car set-up really paid off. The conditions were really rough with huge rocks and stones on the really fast stages sometimes averaging over 125 kilometres an hour”, concluded the Indian ŠKODA driver.

ŠKODA youngster Ole Christian Veiby could re-start on Sunday, won the second leg and scored valuable championship points. “Although this weekend was a setback to our title hopes, we will never give up and will fight up to the finish line of the last APRC round in India”, he promised. Reigning APRC Champion Gaurav Gill has it now in his hands to win his third title after 2013 and 2016 at the Rally of India (24 to 26 November 2017). “Again many thanks to MRF ŠKODA for providing me with such a fast and reliable car. I am now looking forward to my home round in India to win the drivers title again”, said a delighted Gaurav Gill at the finish line in Obihiro.

“The FIA Asia-Pacific Rally Championship is of major strategic significance to ŠKODA as the rallies are run in extremely important growing markets like India and China. I am happy to congratulate the MRF ŠKODA Team for prematurely securing the FIA APRC Cup for Manufacturers for ŠKODA. Since 2012 every title holder in this championship has driven a ŠKODA. This year again drivers and co-drivers titles will be decided only between the two MRF ŠKODA teams”, said ŠKODA Motorsport boss Michal Hrabánek.

Number of the day: 0.96
With 0.96 kilometres only Rally Hokkaido’s special stage “Sammy Satsunai” is the shortest stage of the entire 2017 FIA Asia-Pacific Rally Championship.