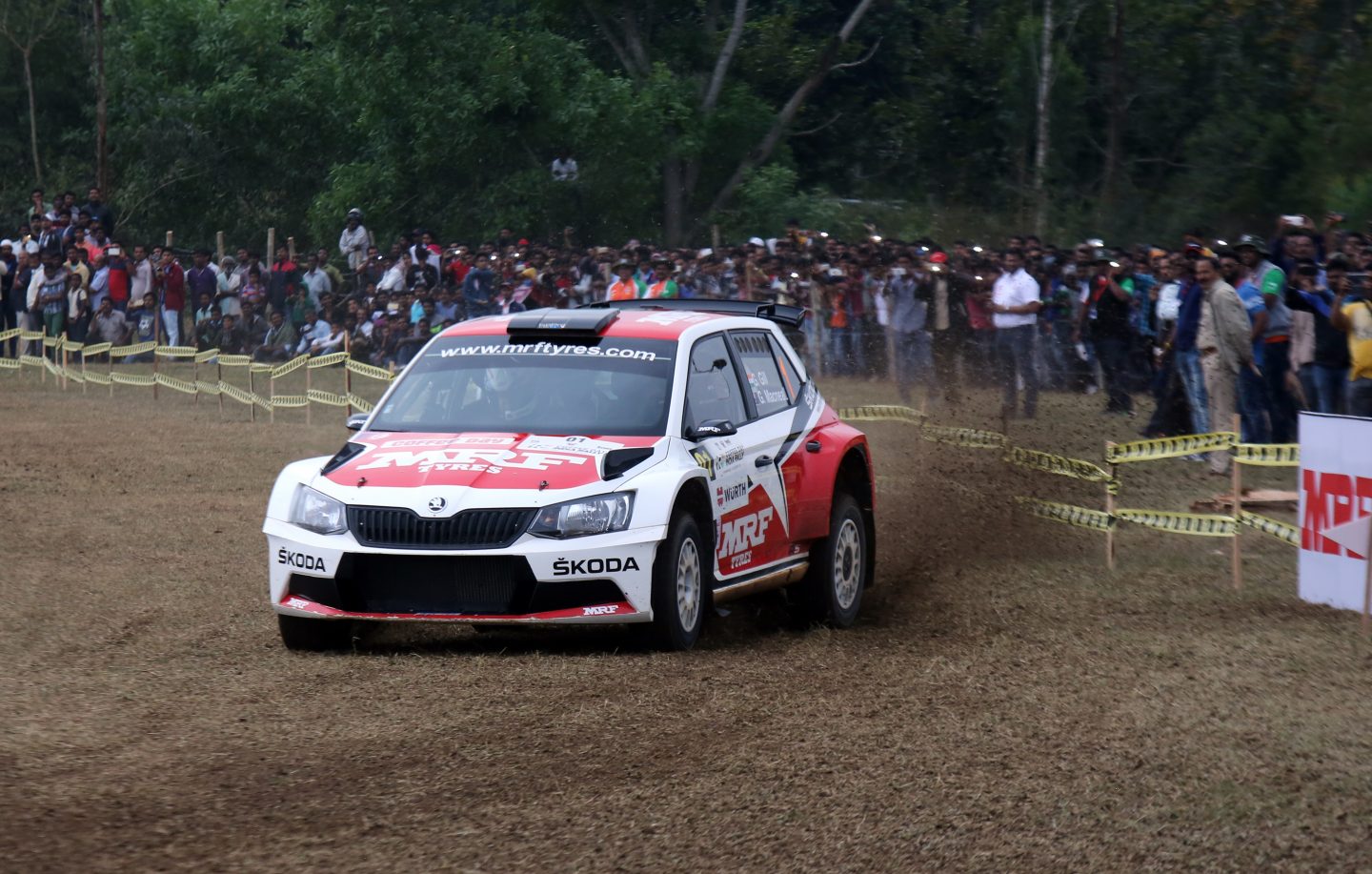 › Title decision between defending champion Gaurav Gill and youngster Ole Christian Veiby at the final round in India
› ŠKODA already crowned winner of both Manufacturers Cup and Team Award
› ŠKODA Motorsport boss Michal Hrabánek: "Gaurav and Ole Christian are allowed to drive without team order for the victory in India and winning the championship"

Mladá Boleslav, 21 November 2017 – The FIA Asia-Pacific Rally Championship (APRC) of 2017 is by far the most exciting since years. While the reigning champion Gaurav Gill and co-driver Stéphane Prévot (IND/BEL) scored wins in New Zealand and Japan, Ole Christian Veiby/ Stig Rune Skjærmoen (NOR/NOR) succeeded in Australia and Malaysia. At the upcoming final round, the Rally of India (24/11–26/11/2017), both ŠKODA crews still can win the FIA Asia-Pacific Rally Championship for drivers and co-drivers.

“I am really looking forward to this exciting rally and the competition”, emphasizes ŠKODA Motorsport boss Michal Hrabánek. “Gaurav and Ole Christian are allowed to drive without team order for the victory in India and winning the championship.”

In order to win the title Veiby has to score seven points more than Gill who, coming to India, is leading the championship. Whatever the result, ŠKODA already can look back on unparalleled success in the prestigious Asian-Pacific regional championship. Since 2012 each title winner has competed in a ŠKODA. As the successor of the ŠKODA FABIA S2000, the ŠKODA FABIA R5 is now facing the title hattrick.

For the final round, the experienced MRF ŠKODA Team has perfectly prepared both ŠKODA FABIA R5. Defending champion Gaurav Gill from India has the advantage of knowing the stages on his home ground nearly by heart. But he didn’t compete with the ŠKODA FABIA R5 since Rally Japan in mid-September, while youngster Ole Christian Veiby in the meantime got a lot of mileage on gravel roads with the ŠKODA FABIA R5 on World Championship rallies in Spain and the United Kingdom. On the downside, he has never competed in India before.

The Rally of India organizing Motor Sports Club of Chikmagalur was founded in 1980 and is one of the oldest and most prestigious motorsport clubs in India. In 2015, after an eleven year break, India was brought back into the APRC calendar. Coffee Day Rally of India, as it is known today, became a round of the FIA Asia-Pacific Rally Championship (APRC).

The 2017 Coffee Day Rally of India runs over 17 special stages totalling 225.42 kilometres on small, tough gravel roads on the coffee plantations around Chikmagalur in the southwest of India. The rally starts on the afternoon of Friday (24 November) at the Amber Valley residential school with a spectacular show stage, witnessed by ten thousands of enthusiastic rally fans last year. The winner of the Coffee Day Rally of India will cross the finish line on Sunday around 15h00 local time at the podium on the grounds of Coffee Day Global at Chikmagalur.

Current standings APRC after four rounds (one round cancelled)