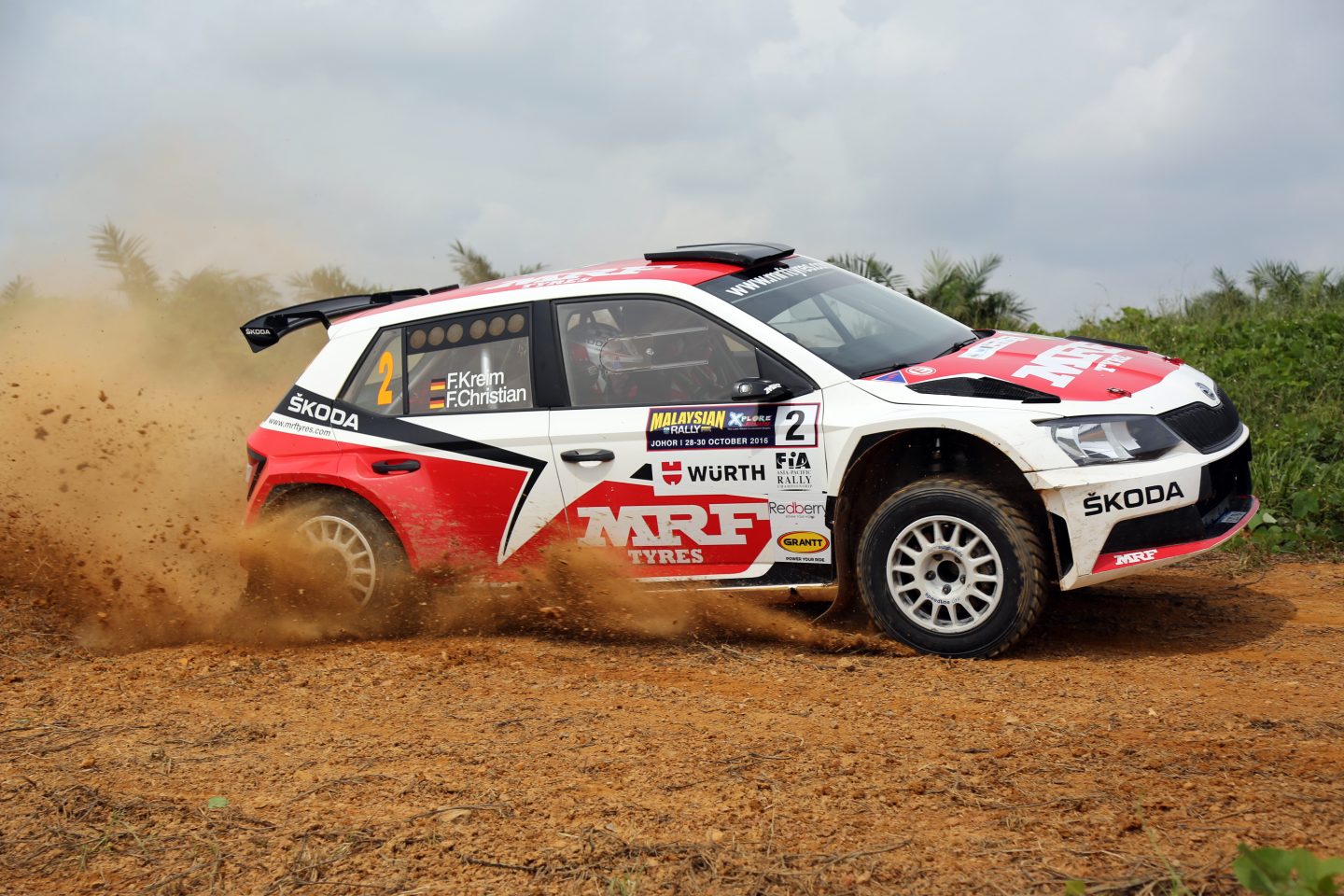 › Rally Malaysia: Gaurav Gill celebrates his fifth season win at the fifth round of the FIA Asia-Pacific Rally Championship (APRC) and adds a second drivers’ title to his 2013 trophy
› Ahead of the season finale in India: ŠKODA can no longer be beaten in the Manufacturers’ Championship
› Michal Hrabánek: “Extremely important triumph for the ŠKODA brand and our FABIA R5”

Johor Bahru, 30 October 2016 – ŠKODA has good reason to celebrate at the Rally Malaysia: the successful Czech car maker has secured its fifth consecutive manufacturers’ and drivers’ title in the FIA Asia-Pacific Rally Championship (APRC). On top of that, India’s Gaurav Gill has already claimed the drivers’ trophy in the prestigious continental championship with his fifth season win in the fifth leg of this season’s APRC. It is his second drivers’ cup, having won in 2013. This means that the ŠKODA MRF team already has the most important titles in the bag ahead of the grand season finale in Gill’s native India from 3 to 5 December. 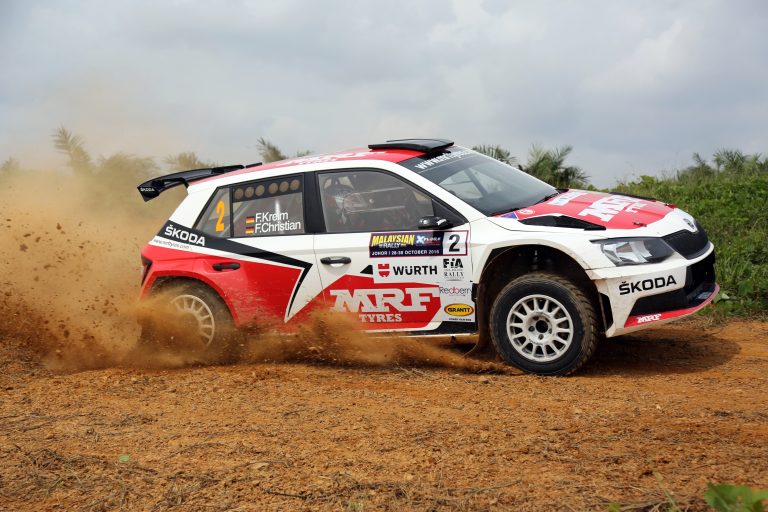 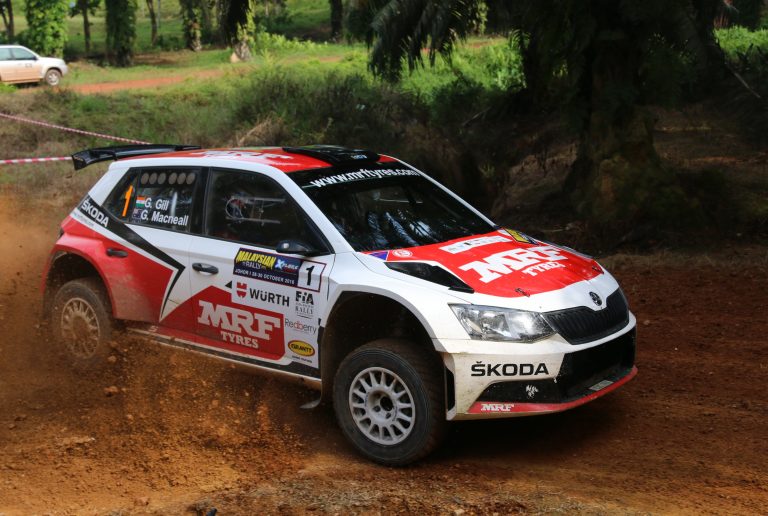 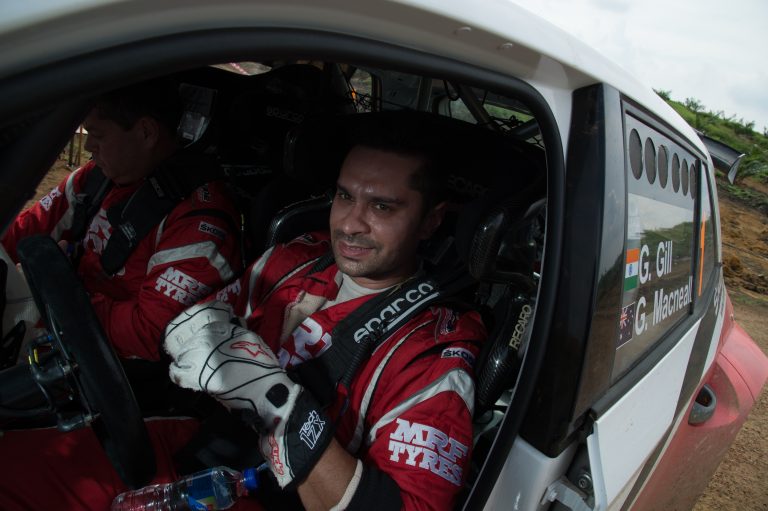 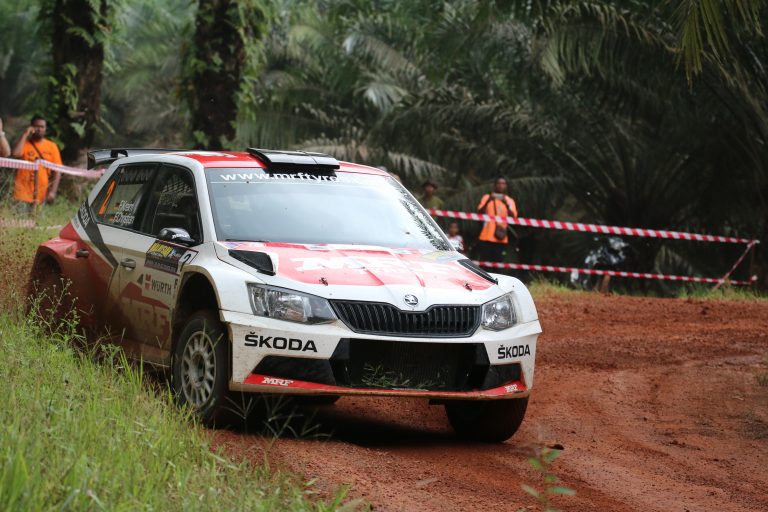 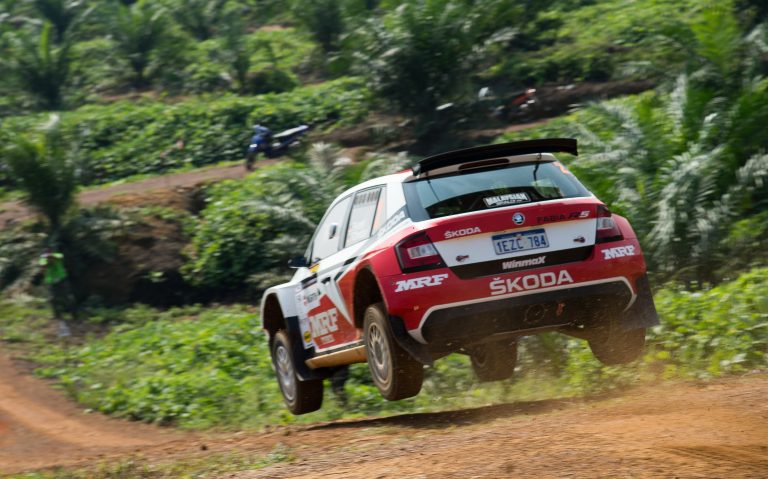 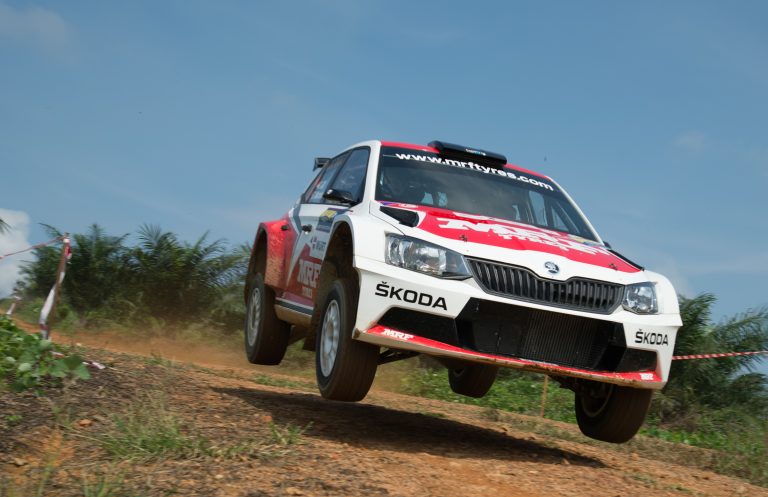 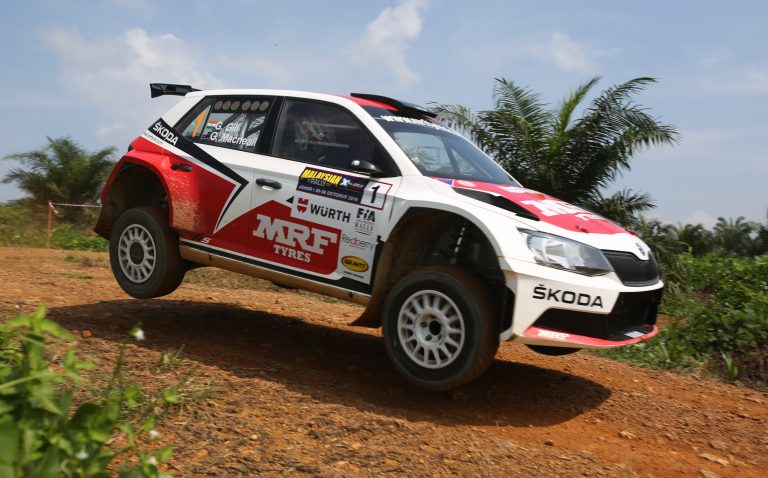 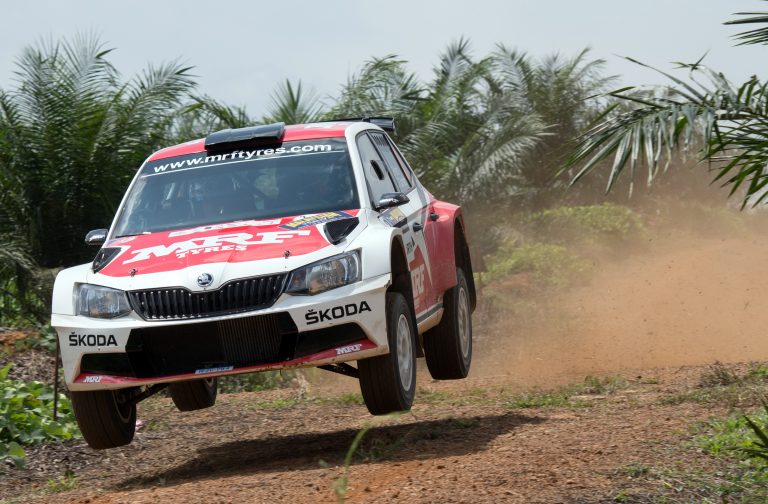 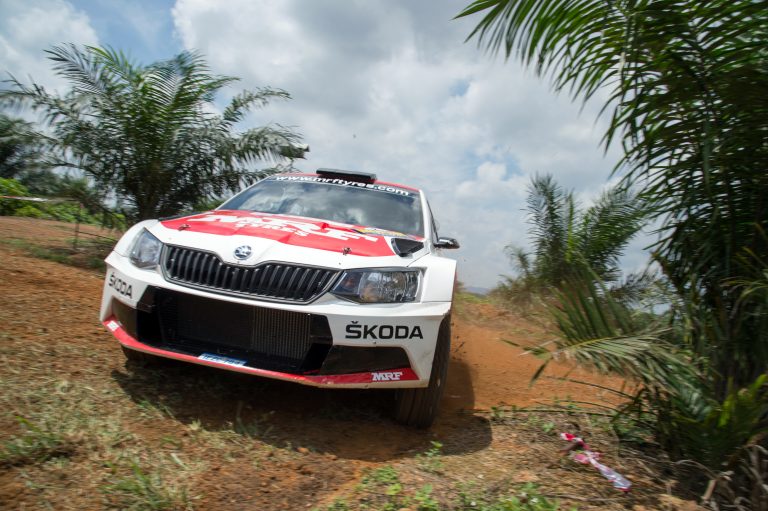 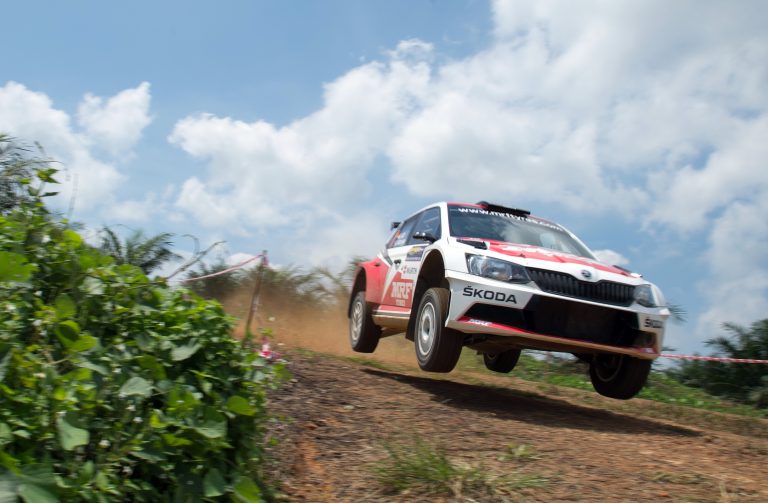 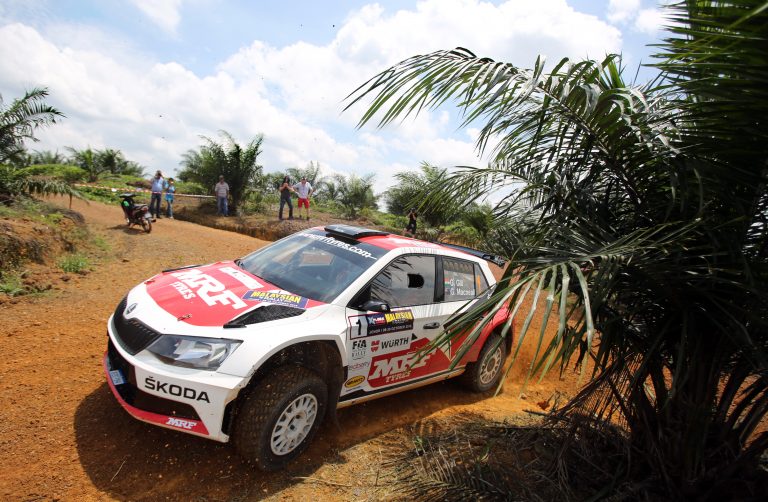 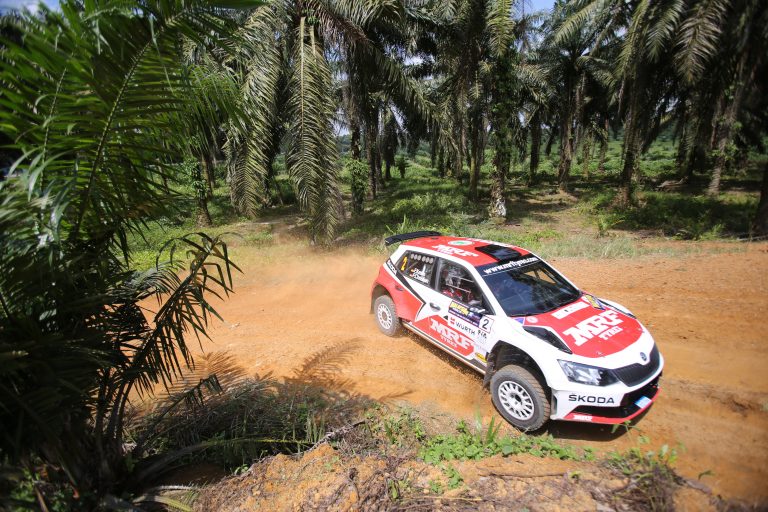 “The fact that we have secured our fifth consecutive title in the APRC a round early is testament to the quality of the team. The Asia-Pacific region is a key market for ŠKODA, so this is an extremely important triumph for the ŠKODA brand and our FABIA R5. Whether we were competing in searing heat on the edge of the Gobi Desert in China, after a typhoon in Japan or now in the difficult conditions in Malaysia – we were fast and demonstrated the quality of ŠKODA vehicles in front of tens of thousands of fans,” commented ŠKODA Motorsport Director Michal Hrabánek.

Old hand Gill (34) was rejoined by his usual co-driver Glenn Macneall (AUS) at this event and was the measure of all things once again at the Rally Malaysia. He initially fought it out with the second ŠKODA MRF duo, Fabian Kreim/Frank Christian (D/D), during the first five stages on Saturday, held around the city of Johor Bahru in the blazing heat. Then, Kreim – who recently won the German rally – made a mistake and was unable to continue that day due to a technical problem. He returned on Sunday, however, and put in five best times on the muddy tracks to finish in the overall ranking in third place. This gave the German driver his fifth podium position in the APRC during his first season on gravel.

Meanwhile, APRC expert Gaurav Gill took the top spot on the podium for the fifth time this year. “Although we won comfortably in the end, it was hard work. At the Rally Malaysia, you don’t just fight it out with the other teams – you fight it out with the difficult conditions at the rally itself too. But our ŠKODA MRF team did a fantastic job again,” said Gill, who was delighted at having wrapped up the championship title before the end of the season: “It’s a dream to claim a second title in the APRC, having won in 2013. Back then, I won with the FABIA SUPER 2000, this time it’s the FABIA R5 – the ŠKODA cars are just incredibly good. I’m already really looking forward to the season finale in my native India, where I can start the event as the champion.” It is the fifth time in a row that a ŠKODA driver has won the APRC, following victories by Chris Atkinson (AUS/2012), Gill (2013), and works drivers Jan Kopecký (CZ/2014) and Pontus Tidemand (S/2015), who were both competing in the British leg of the FIA World Rally Championship (WRC 2) this weekend while the Rally Malaysia was under way.

ŠKODA also has an unbeatable lead ahead of Subaru in the APRC Manufacturers’ Championship. This latest title was partly thanks to the talented 24-year-old Fabian Kreim and his co-driver Frank Christian. “We’re absolutely delighted that ŠKODA has won the title. Congratulations to Gaurav Gill, who deserved to win this championship title with a strong performance. This year’s APRC taught me an unbelievable amount about driving on gravel, which was previously unknown territory for me.” Kreim is in second place in the overall APRC standings.

The number of the Rally Malaysia: 14

The ŠKODA FABIA R5 was the standout car once again at the fifth leg of this season’s APRC. The Rally Malaysia was made up of 14 stages covering just over 230 kilometres, and the high-tech four-wheel-drive from the Czech Republic was unbeatable on every section. Winner Gaurav Gill claimed the best time on eight stages and his team-mate Fabian Kreim was the fastest driver six times.
FIA Asia-Pacific Rally Championship (APRC) 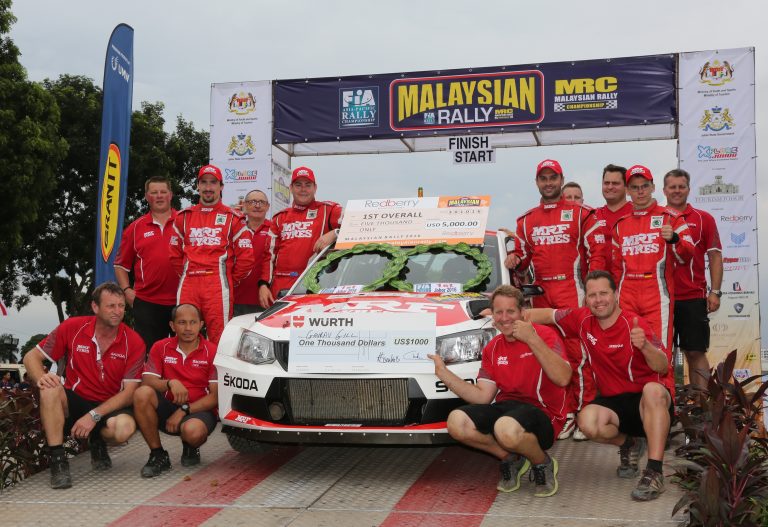 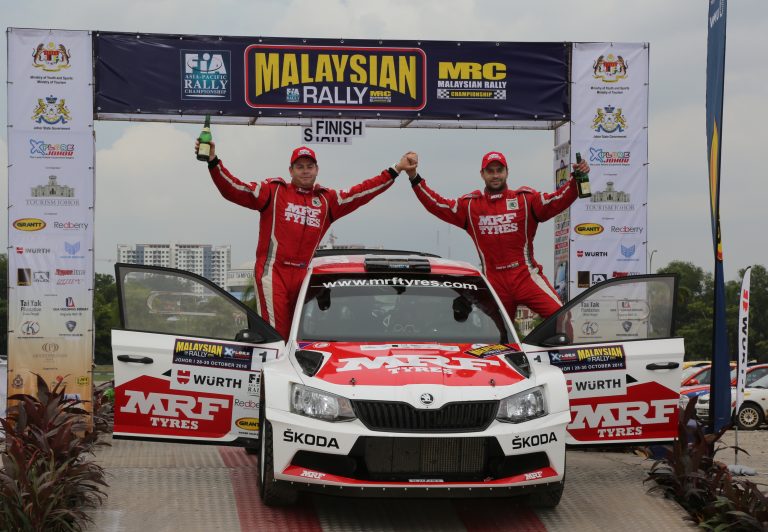 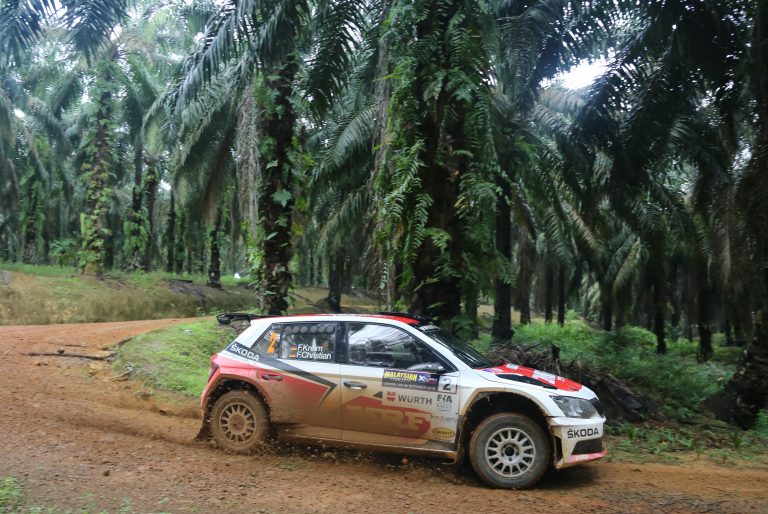 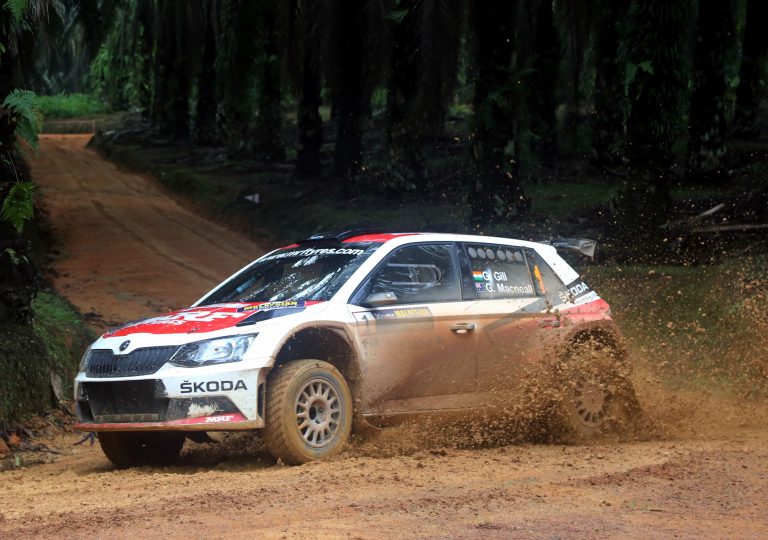