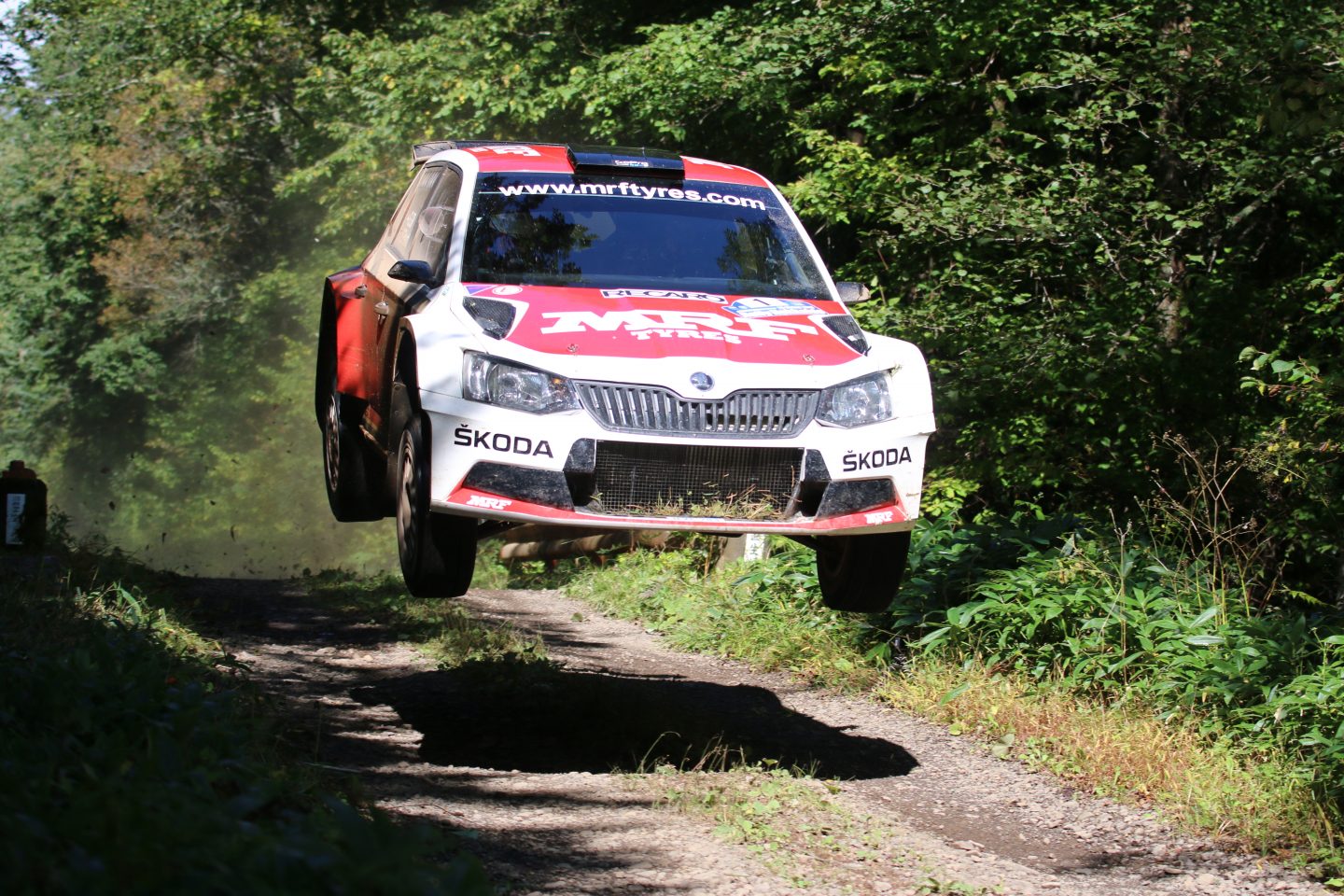 › Rally Malaysia, from Friday to Sunday, forms penultimate round of the FIA Asia-Pacific Rally Championship (APRC)
› ŠKODA MRF driver Gaurav Gill could be crowned champion driver in the APRC for the second time
› Newly-crowned German rally champions Fabian Kreim/Frank Christian set their sights on a maiden victory in the prestigious continental championship

Mladá Boleslav, 25 October 2016 – First “match point” for ŠKODA in its quest for a fifth title in a row in the FIA Asia-Pacific Rally Championship (APRC): the successful team can win the championship before the end of the season at the Rally Malaysia. After four wins from four races this season in the APRC class, the rally in Malaysia, from Friday to Sunday, offers Gaurav Gill (IND) a first opportunity to be crowned champion driver for the second time in this prestigious continental championship, having previously won the title in 2013. ŠKODA could also secure its number one spot in the Manufacturers’ Championship ahead of the season finale in India. The second duo representing the ŠKODA MRF team in Malaysia are newly-crowned German rally champions Fabian Kreim/Frank Christian (D/D).

“It would be nice to achieve our goals for the season before the end of the year by successfully defending the APRC titles in Malaysia,” says ŠKODA Motorsport Director Michal Hrabánek. “We line up with two strong duos in our fast ŠKODA FABIA R5, but we cannot afford to underestimate the opposition.” The situation is simple: if Gaurav Gill wins the rally, he is guaranteed the Drivers’ title. The Czech carmaker has also opened a comfortable lead of 52 points over the opposition in the Manufacturers’ Championship. With a maximum 39 points on offer per rally, ŠKODA would be crowned champion manufacturer with victory in Malaysia. For the fifth time in a row.

The “Malaysian Rally” is taking place for the 12th time this year and will be held around the city of Johor Bahru. The rally features 14 special stages, during which the drivers and co-drivers must complete 234.60 kilometres against the clock. The extreme humidity and heat will play a key role. The rally in the tropical region of southern Malaysia is an extreme challenge on the muddy roads through banana and coconut plantations.

These are conditions, in which the experienced ŠKODA MRF team tends to excel: for the past four years, the rally has been won by ŠKODA drivers, in the form of Chris Atkinson (AUS), Gaurav Gill, Jan Kopecký (CZ) and Pontus Tidemand (S).

To claim win number five the season and wrap up the title with a race to spare – that is the goal for the experienced Gill: “We have had a perfect season and have the title in our own hands in Malaysia. My team-mate Fabian Kreim still has a chance of winning the title – it is going to be another exciting battle. It would obviously be a dream to travel as champion to the grand finale of the APRC season in my native India.”

Gill tops the overall standings in the APRC Drivers’ Championship with 154 points. Kreim is 38 points back in second place. The German, competing in the APRC for the first time this season, won his first title in the German Rally Championship (DRM) last weekend and has impressed with four second places in his first four APRC rallies. “I am very happy with my first season in the APRC and didn’t believe I would be challenging for the title at the first attempt. However, my chances of winning the title are very slim and Gaurav has driven a flawless season so far. All that is missing from me is a win, and I’m out to change that in Malaysia,” says Kreim.
FIA Asia-Pacific Rally Championship (APRC)

… the “Malaysian Rally” is held in the immediate vicinity of the metropolis of Singapore? The rally centre of Johor Bahru, also known as JB, is connected to the city state by the “Woodlands” dam.

… the current leader in the APRC, Gaurav Gill, has already won the championship once? He took overall victory with the ŠKODA FABIA SUPER 2000 in 2013. In doing so, he became the first Indian to win the title in the APRC.

… Gaurav Gill has already been victorious in Malaysia? Gill won the rally in 2013.

… a ŠKODA driver has climbed onto the top step of the podium at the Rally in Malaysia for the last four years? Chris Atkinson was victorious in 2012, while Gaurav Gill won in 2013. One year later, Czech driver Jan Kopecký triumphed in 2014, before Sweden’s Pontus Tidemand won last year. Incidentally, all four went on to win the Drivers’ title in the APRC.

… the Johor peninsular is a paradise for golfers? Over 20 golf courses are located at the southern tip of Malaysia.

… the competitors will not freeze in Johor Bahru in October? The maximum average daily temperature in October is 31.8 degrees Celsius. However, fans should also pack an umbrella: with an average 16 rainy days, the month of October is one of the rainiest.

… Malaysia only became an independent state in 1963? Before this, various parts of the country belonged to the British Empire.

… the Johor peninsula is home to a particularly large population of glowworms? They are particularly widespread in the Sungai Lebam wetlands, about 91 kilometres from Johor Bahru.