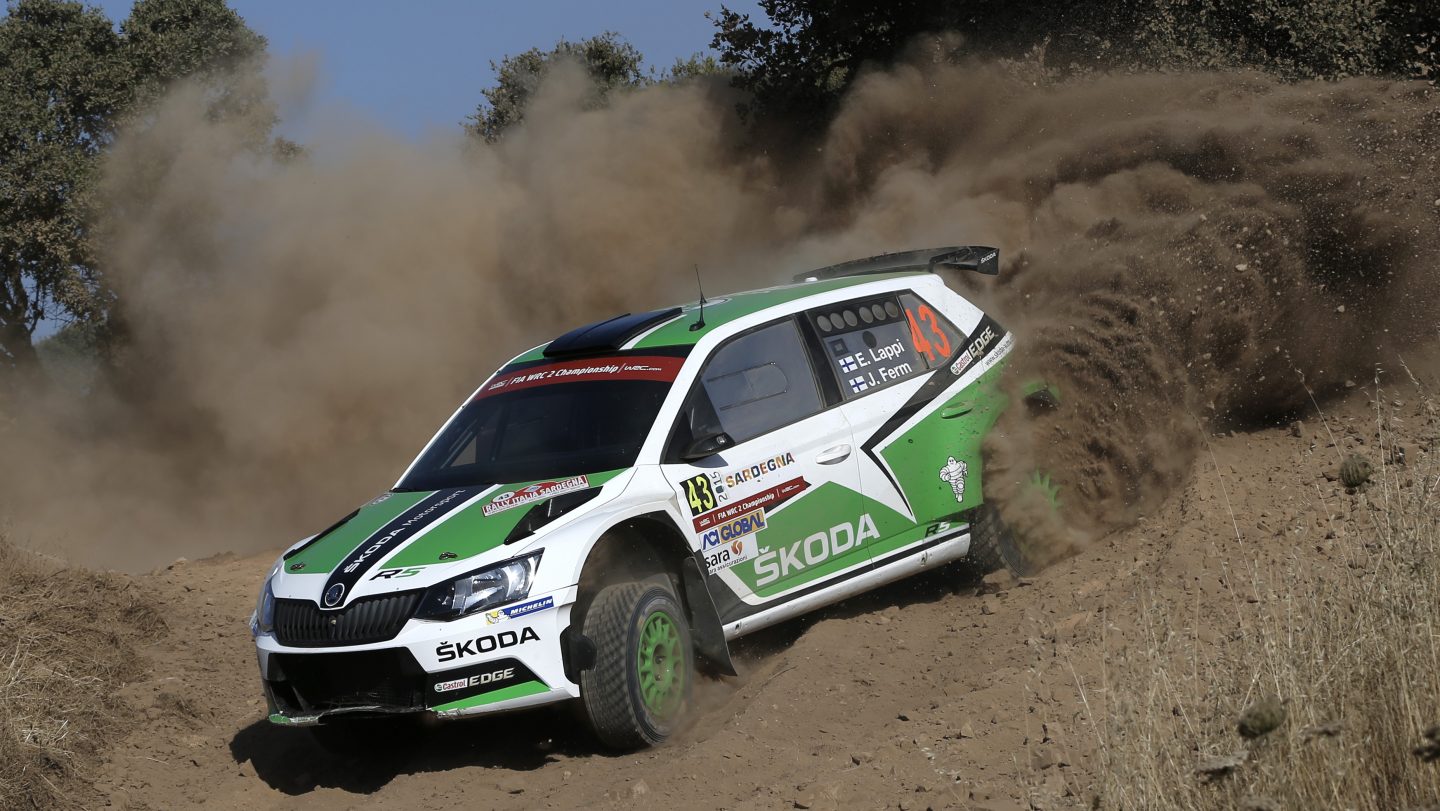 Alghero, 12 June 2015 – The hard Rally Italy also took its toll on ŠKODA works drivers Jan Kopecký (CZ) and Esapekka Lappi (FIN). Eight years after his last appearance in the FIA World Rally Championship for the Czech car manufacturer, Kopecký won his first special stage in WRC 2, but ended the second day of rallying in just fifth place in the WRC 2 overall standings after receiving a time penalty. European Champion Esapekka Lappi (FIN) was even in the lead on the Mediterranean island of Sardinia, but lost a lot of time after colliding with a stone.

Nothing is decided yet: Only about a third of the approximate 400 kilometres of special stages have been mastered at the most difficult WRC event of the year, which many top teams failed to survive unscathed on Friday. The most difficult stages await the best drivers in the world on Saturday and Sunday.

“We will go on the attack again over the remaining two days. It’s simply awesome to be on the great world championship stage once again. The Rally Sardinia has proved to be the difficult test we expected,” said Jan Kopecký. The reigning Asia-Pacific Champion and current front-runner in the Czech Rally Championship got his first best time in WRC 2, alongside co-driver Pavel Dresler (CZ) on Special Stage 4 “Montiferru 1”. Despite this, a time penalty sees him start the final weekend with a deficit of 2:58.9 minutes to front-runner Paolo Andreucci (I) in the overall standings.

The conditions were unexpected as 33-year-old Kopecký made his return. The overnight rain meant that the tracks on Sardinia weren’t as dusty as feared – and the mostly cloudy sky kept the feared oppressive heat at bay. However, it was incredibly slippery on sections of the narrow gravel tracks on the 133.50 kilometres of special stages on Friday, which put paid to Esapekka Lappi’s chance of winning. “The boulders at the edge of the track really are massive – and unfortunately one of them was my downfall. I’m really annoyed about making that mistake. After all, the Fabia R5 was in perfect form once again and has great potential,” said Lappi.

Almost 212 kilometres are scheduled for Saturday – this is the longest WRC leg since 2012. On this day, on the 42.22 kilometres of the longest special stage “Monto Lerno”, the legendary “Micky’s Jump” must also be mastered. It’s the highest jump in the WRC circus – the drivers also jump distances of up to 40 metres.

Three weeks ago, the new ŠKODA Fabia R5 celebrated an impressive WRC debut with two podium positions at the Rally Portugal. Esapekka Lappi/Janne Ferm (FIN) finished second ahead of ŠKODA newcomer Pontus Tidemand (S). A ŠKODA Fabia R5 is also on track to finish on the podium at the Rally Italy: Armin Kremer (D) is second in the interim standings of WRC 2.

Number of the day for the Rally Italy: 3

To date, a ŠKODA Fabia R5 has topped the timesheet three times in WRC 2 at the Rally Italy. Esapekka Lappi was the fastest on the first special stage on Thursday evening and was also number 1 on the fifth stage. WRC home comer Jan Kopecký got his first best time in WRC 2 on Special Stage 4 “Montiferru 1”. When the new Fabia R5 made its world championship debut at the Rally Portugal, Esapekka Lappi won five special stages in WRC 2.