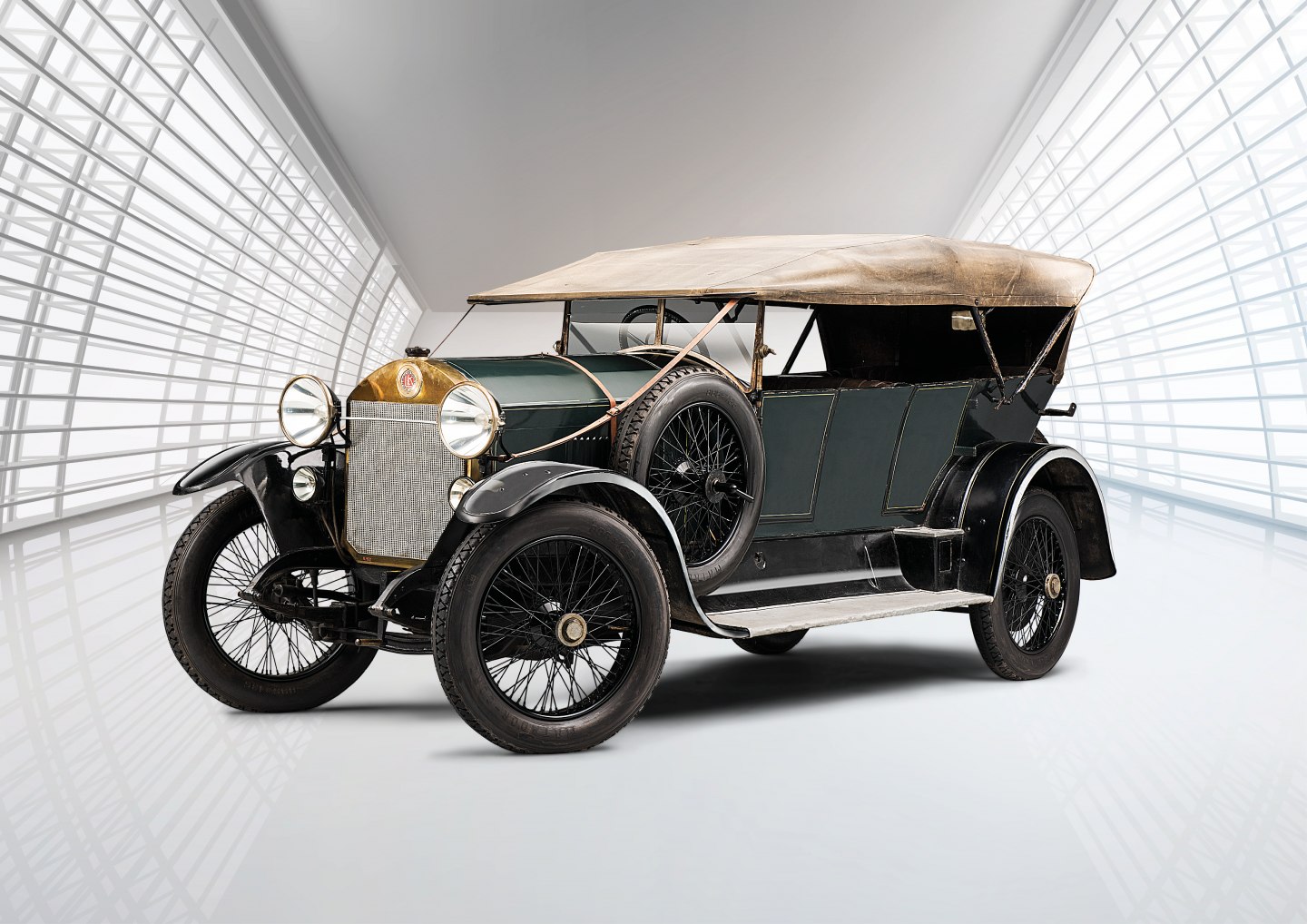 Mladá Boleslav, 7 April 2021 – The imaginative entrepreneur Count Alexander Kolowrat-Krakowsky shaped the Austrian film industry at the beginning of the 20th century and also left his mark as an enthusiastic car racer. Count ‘Sascha’ is considered the creative force behind the unique Laurin & Klement RK/M, which is now one of the most valuable exhibits in the National Technical Museum in Prague. Laurin & Klement acquired the sporty model after taking over the Reichenberger Automobil Fabrik (RAF), later modifying it with a more powerful 4.7-litre engine. The company thus helped launch the innovative vehicle’s second successful motorsport career in the newly founded Czechoslovakia.

The Laurin & Klement RK commemorates a fascinating, almost forgotten chapter of automotive history: the Reichenberger Automobil Fabrik (RAF). The company, which operated in what is now Liberec, specialised in custom-built luxury vehicles. Its founder was Baron Theodor von Liebieg, one of the first automobile owners in Central Europe. As the costly production of car bodies gradually became less profitable for von Liebieg, he began searching for a solution. At the same time, he was also a member of the Board at Laurin & Klement, so a takeover by the up-and-coming and more efficient company from Mladá Boleslav was an obvious choice. The merger was finalised in 1912.

Immediately before the sale, however, von Liebieg had acquired the licence to build valveless slide engines for the RAF 18/50 HP from the Swabian specialist Daimler. They were based on the so-called Knight principle and considered pioneering at the time. In 1913, Laurin & Klement incorporated the luxury Landaulet with the name RK into their own model range practically unchanged; the model designation stood for ‘RAF-Knight’. The term Landaulet, taken from coachbuilding, refers to automobiles with a partially closed body whose rear roof section can be opened like a convertible. By 1915, 116 units of the RK had rolled out of the factory gates in Mladá Boleslav.

The sporty variant of the model for Count Kolowrat was built in 1913. The 1,400-kilogram vehicle had a 4712 cm³, 36.8 kw (50 hp) slide-valve engine. The four-cylinder transmitted its power via a multi-plate clutch to a four-speed gearbox, the highest gear of which was a direct-drive mechanism. Longitudinally arranged semi-elliptic springs formed the chassis; it also had screw spindle steering. In addition to a hand-operated drum brake for the rear wheels, two foot brakes were installed, each acting on the torque transmission, one in front of the gearbox and the other behind it.

Count Sascha used the Laurin & Klement RK as a private car, but in 1913 and 1914 he also competed with it successfully in the Alpine Rally, one of the most popular long-distance races of the time. When the First World War broke out, he made the car available to the military. By 1916, the vehicle had covered 70,000 kilometres without any major technical problems – a remarkable mileage by the standards of the time.

At the end of the war, the car found its way back to its owner, who had friendly ties to the company as a shareholder. Kolowrat-Krakowsky, therefore, had no trouble convincing the firm to rebuild the now eight-year-old vehicle: it was given a new four-cylinder racing engine with overhead valves and double electric magneto ignition, which delivered 55 kW (75 hp) of power from a 4,713 cm3 displacement. From then on, the model was given the designation RK/M.

After its reconstruction, the top speed of Count Sasha’s car increased from between 90 and 100 km/h originally to as fast as 125 km/h. Unsurprisingly, with František Svoboda at the wheel, the car enjoyed numerous successes on domestic racetracks in the first half of the 1920s. The RK/M won the International Reliability Tour of Czechoslovakia in 1921, triumphed in the Schöber race in the class up to 5.3-litre capacity the following year and also set the benchmark in hill climbs; Svoboda finished third in the Zbraslav – Jíloviště hill climb contest.

In the following decades, Kolowrat’s car was frequently overhauled and modified, and today it is one of the most attractive exhibits in Prague’s National Technical Museum. Thanks to its dimensions, attractive design as well as its impressive patina and extraordinary history, it won one of the main categories of the Classic Car Elegance Competition at Loučeň Castle in 2015 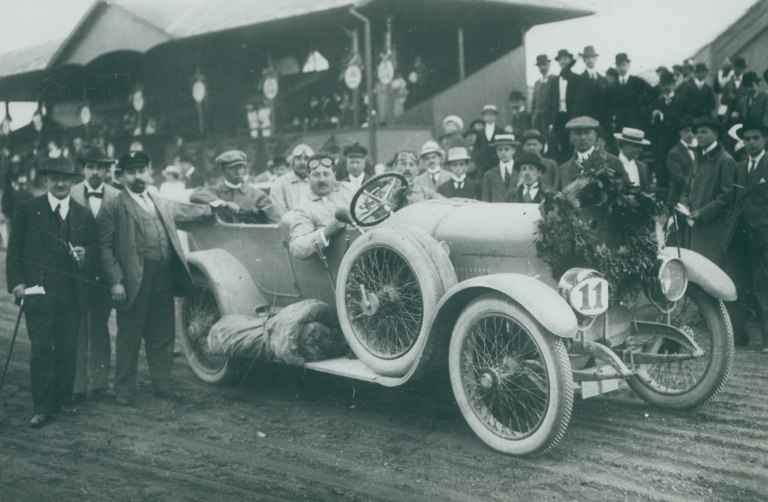 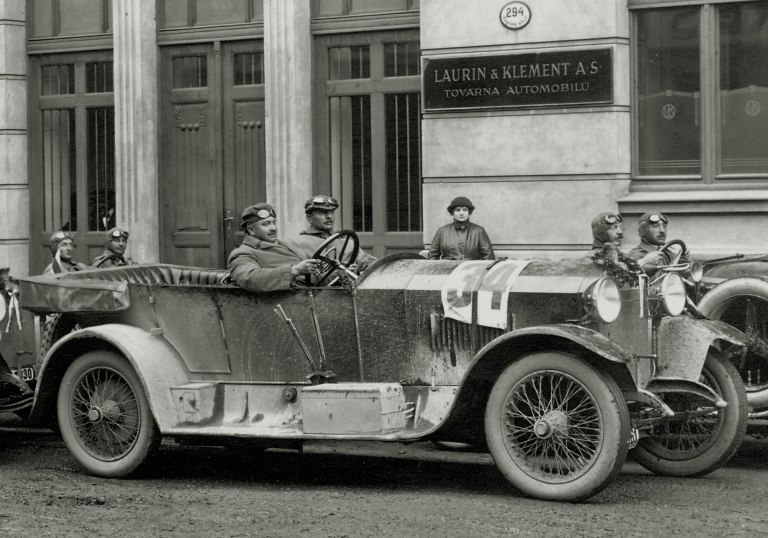 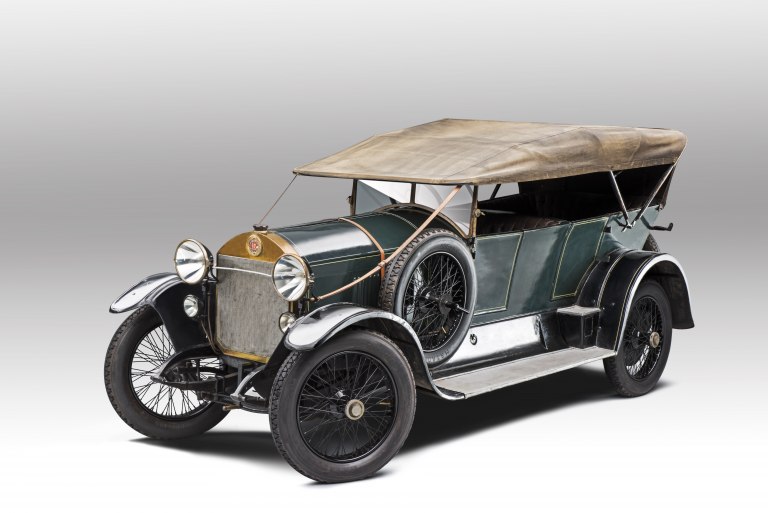 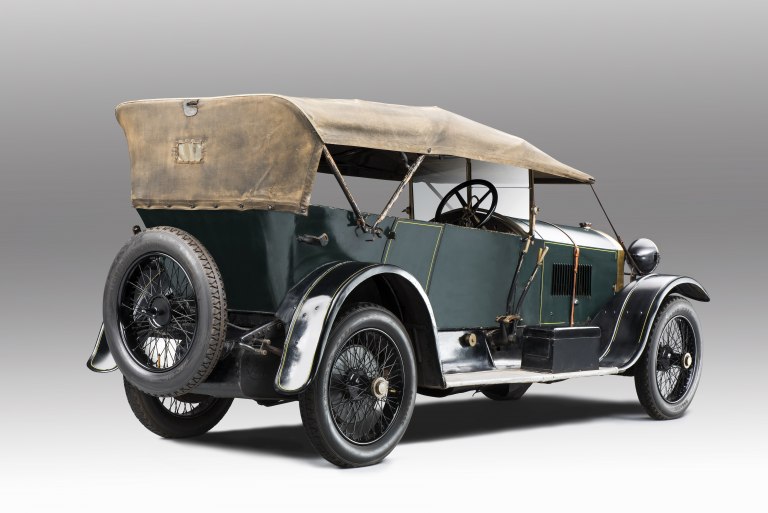 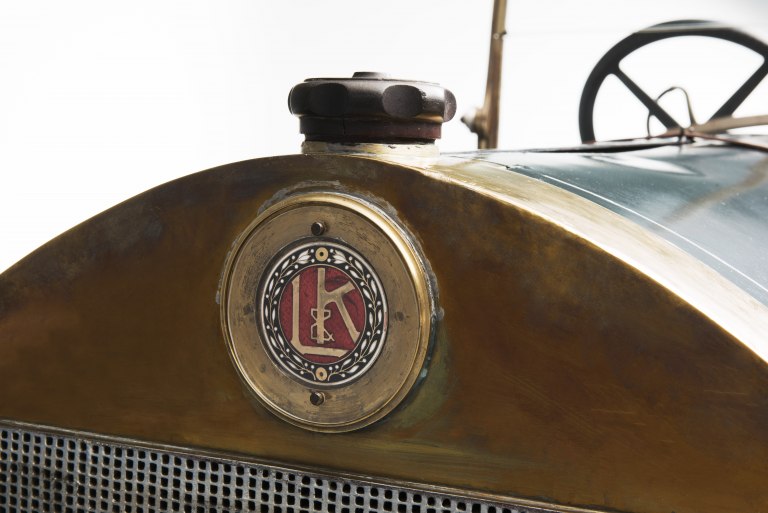 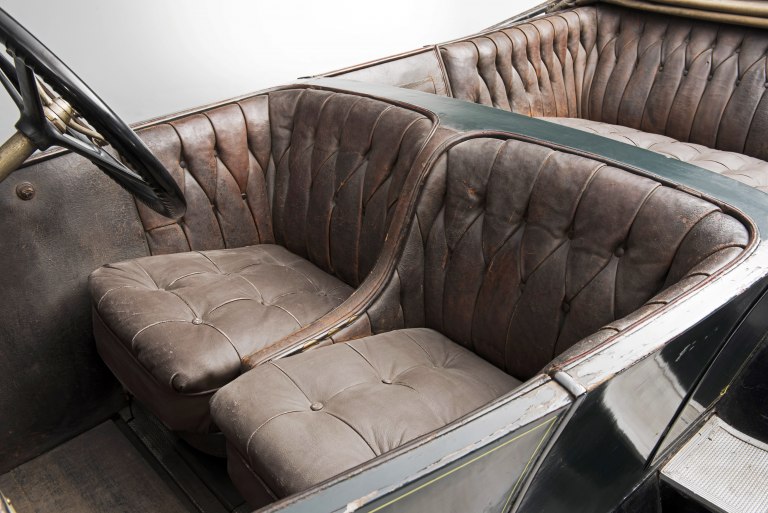 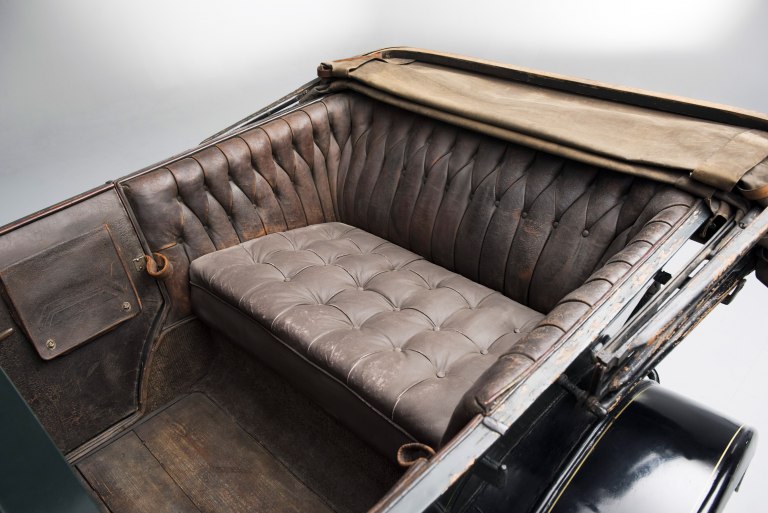 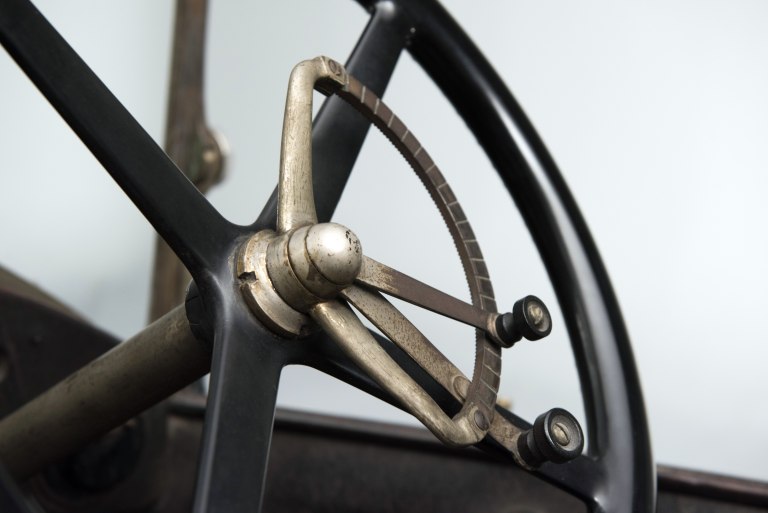 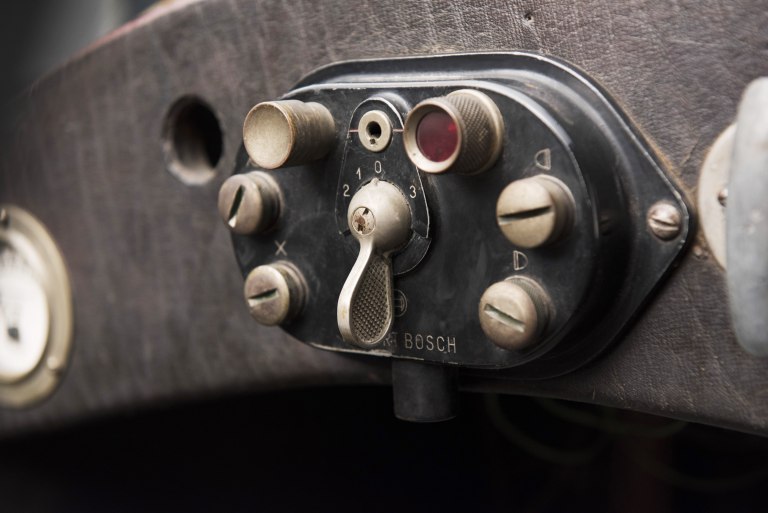 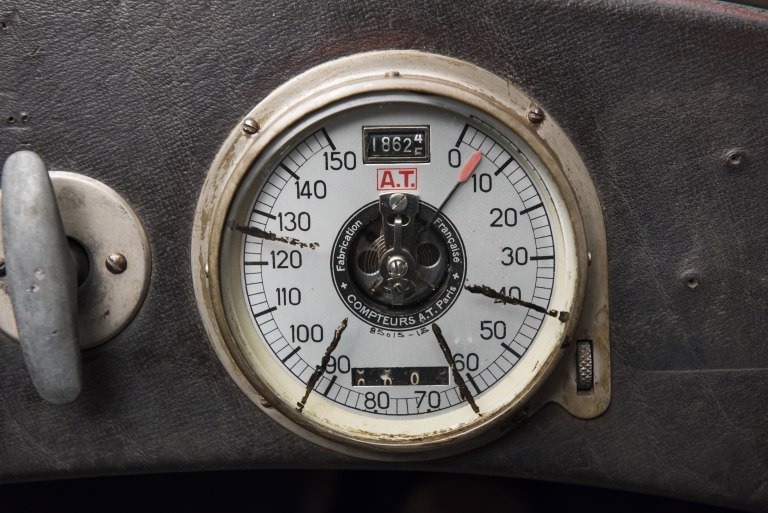 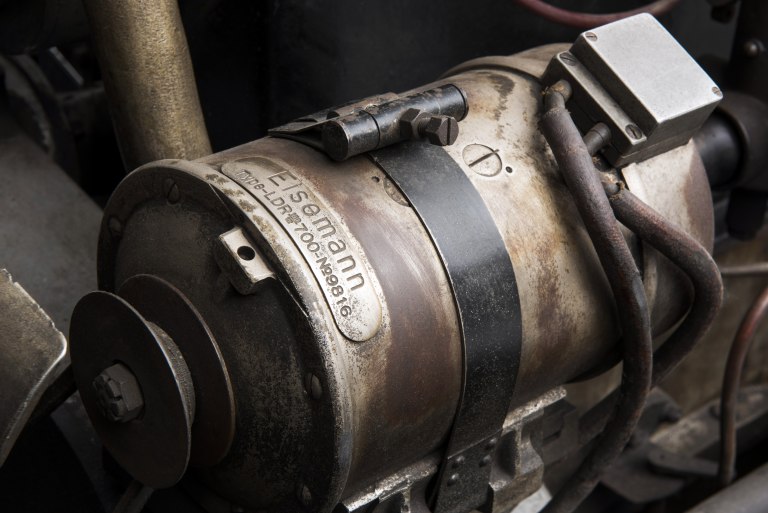 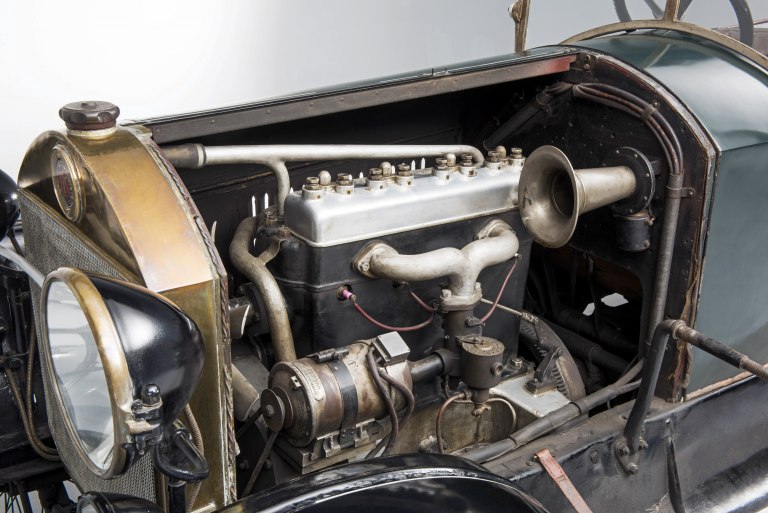 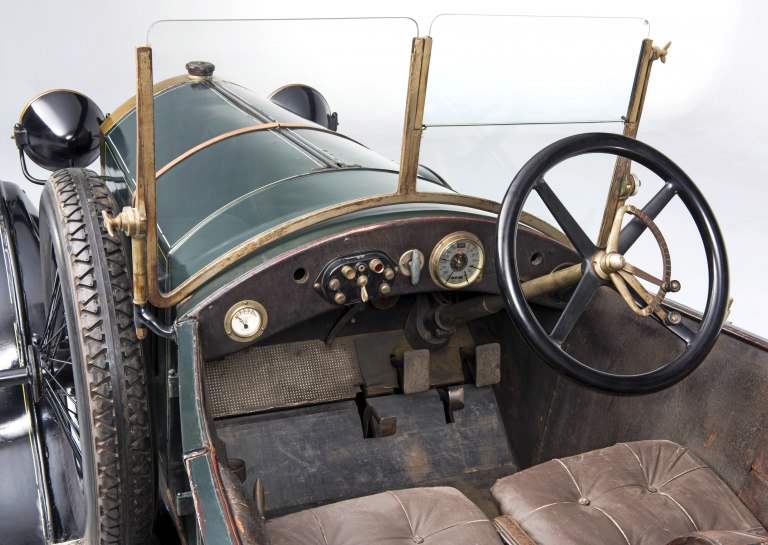