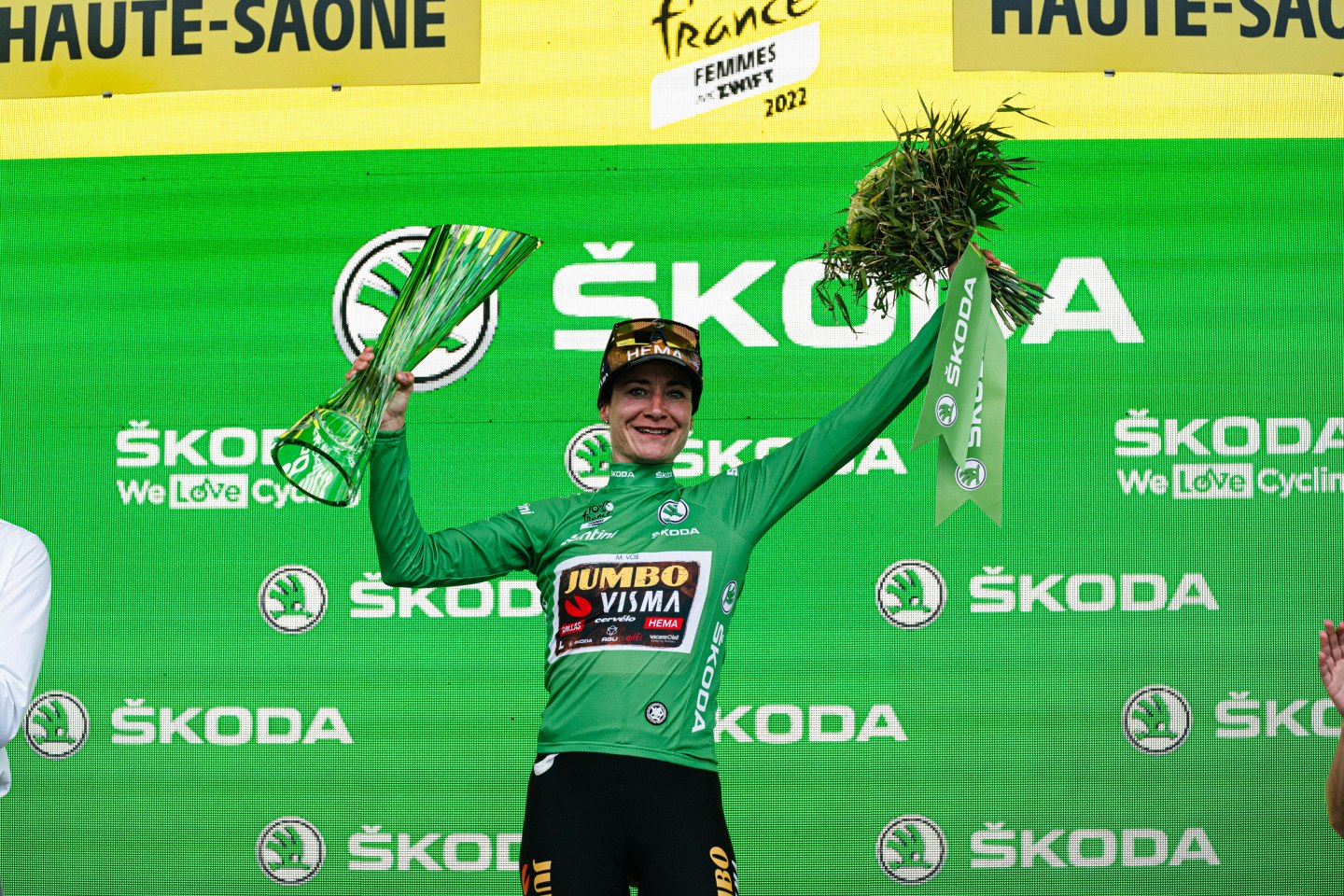 Mladá Boleslav, 1 August 2022 – 39-year-old Dutch cyclist Annemiek van Vleuten won the first-ever Tour de France Femmes avec ZWIFT yesterday after crossing the finish line at La Super Planche des Belles Filles in the Vosges Mountains. Made of Bohemian crystal, the green trophy created by ŠKODA Design for the winner of the points classification went to the Dutch rider Marianne Vos. As main sponsor and vehicle partner of the event, ŠKODA AUTO provided more than 50 vehicles to the organisers and teams participating in the race, which was the first time it had been held in this format.

On Sunday, 24 July, 144 participants in 24 teams started the first stage of the Tour de France Femmes avec ZWIFT in Paris. They set off from the Eiffel Tower on the 1,033-kilometre route of this première event. Over eight stages, they rode through eastern France before the peloton reached the finish line yesterday in the Vosges Mountains on the famous climb ‘La Super Planche des Belles Filles’ where Annemiek van Vleuten celebrated overall victory. The winner of the points classification, 35-year-old Dutch Marianne Vos, competed in the green jersey sponsored by ŠKODA and received a green crystal trophy created by ŠKODA Design.

ŠKODA AUTO supported the race as a main sponsor and vehicle partner, providing more than 50 service and support vehicles. In addition to the OCTAVIA, the fleet also included the SUPERB iV with plug-in hybrid drivetrain, which was used as the command vehicle (‘Red Car’) by the director of the Tour de France Femmes, Marion Rousse. Through its involvement in the event, the Czech car manufacturer wants to help bring women’s top-level cycling into the international spotlight in the future.

Under the campaign slogan ‘You have to love it. We all do’, cycling fans could follow the race action on the track via social media, while the company’s website www.welovecycling.com featured exciting background information. In addition, ŠKODA AUTO issued limited-edition Non Fungible Tokens (NFT) for each stage. The eight designs, which were published on weareridinghistory.io ahead of the race, were designed by Czech artist Ilona Polanski and only 30 of each design were produced. 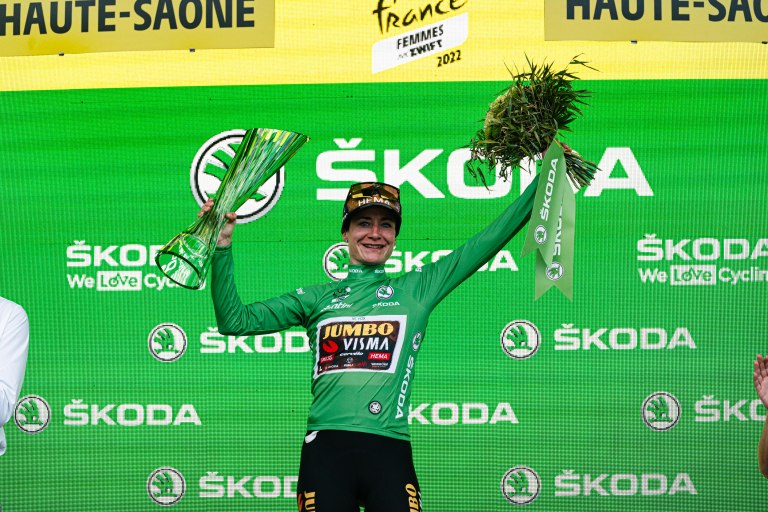 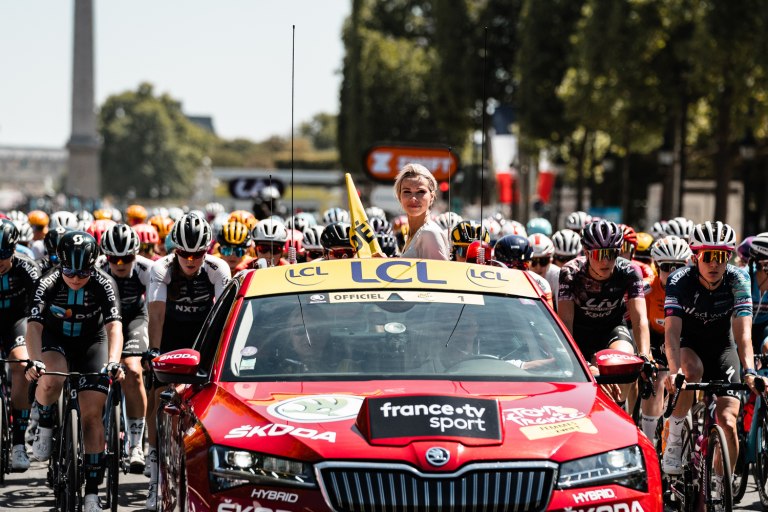 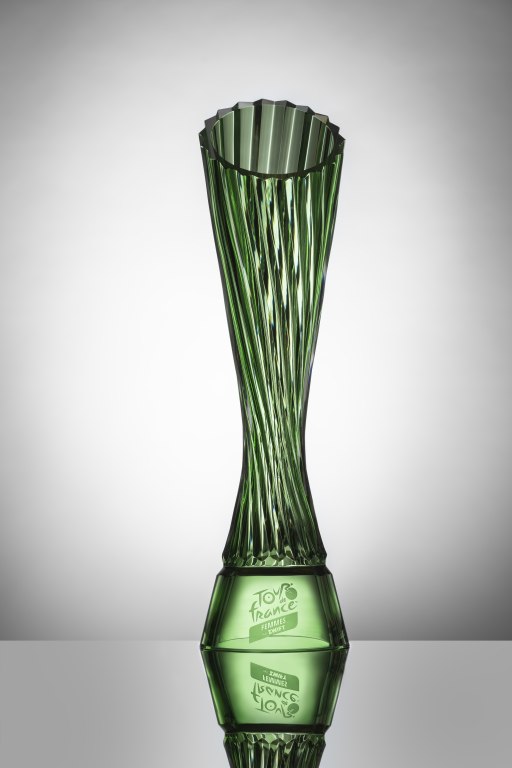 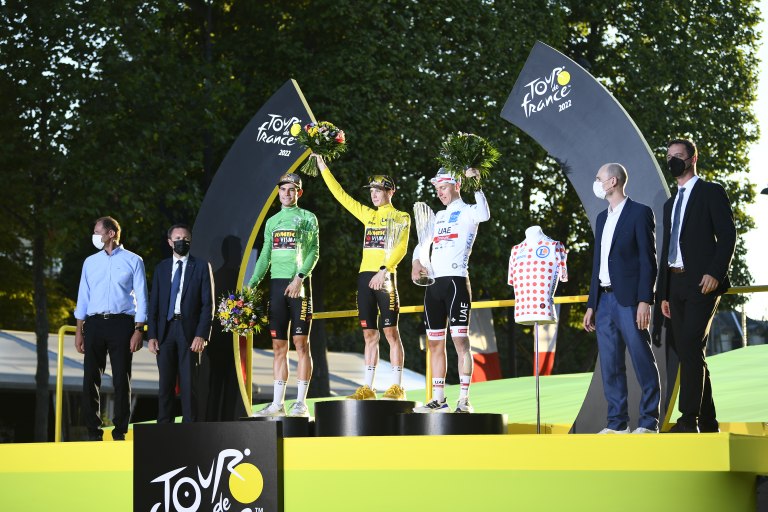 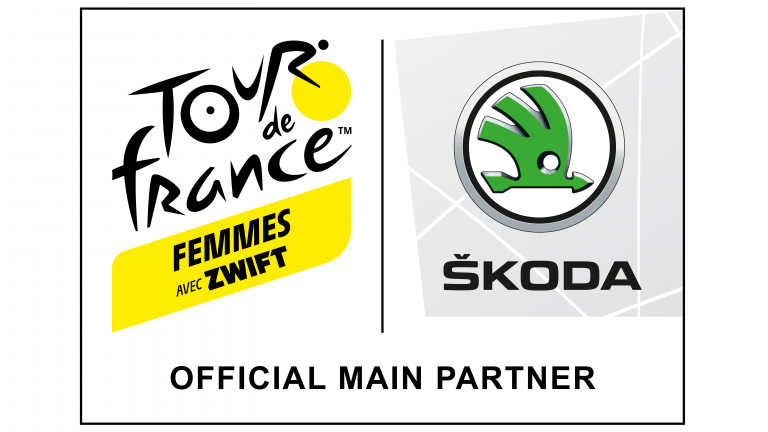 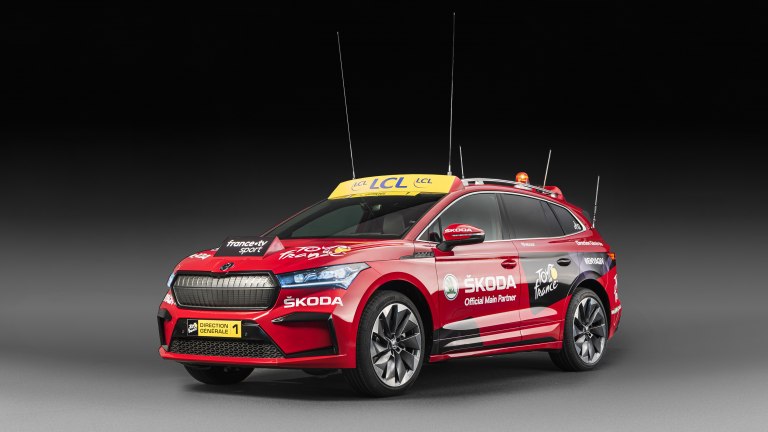 NFT posters to celebrate women on the Tour de France