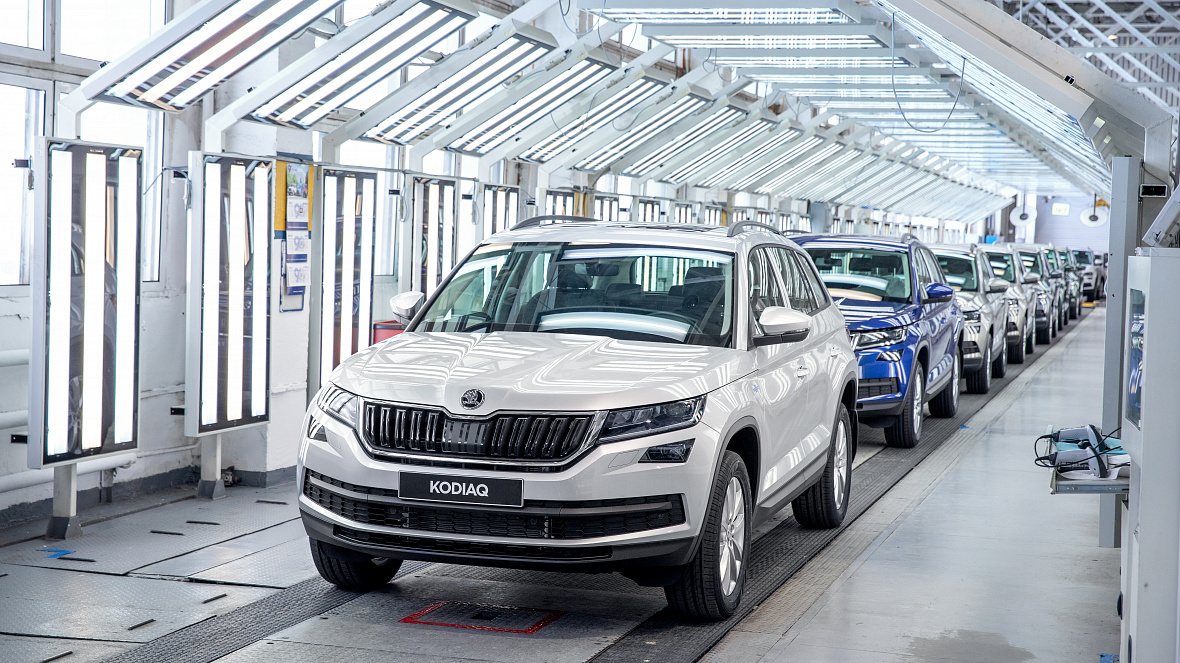 › The 750,000th ŠKODA made in Russia rolls off the production line
› The milestone vehicle is a KODIAQ SUV, which is particularly popular in Russia
› This achievement demonstrates the importance of the Russian market for ŠKODA AUTO
› ŠKODA AUTO assumes group responsibility for overseeing the Russian market

Mladá Boleslav, 9 April 2021 – ŠKODA AUTO is celebrating a historic event in Russia: since the start of production in 2009, 750,000 vehicles have been built. The milestone model, a ŠKODA KODIAQ, rolled off the production line in Nizhny Novgorod. The SUV is very popular in Russia, with ŠKODA AUTO delivering 20,600 units last year alone.

Michael Oeljeklaus, ŠKODA Board Member for Production and Logistics, explains the significance of the achievement: “As of today, ŠKODA has produced three-quarters of a million vehicles in Russia. On this special milestone, I congratulate our entire workforce in Nizhny Novgorod and Kaluga. This is a great motivation to continue the success story. By manufacturing vehicles in the region, we can offer our customers excellent value for money as well as short delivery times, and respond quickly to changing market conditions. Local production is an important foundation for our long-term development strategy in the Russian market.”

Russia – a market full of potential
Russia is a key market for ŠKODA AUTO, and the brand has consolidated its position there in recent years: in 2020 alone, it was able to increase market share to 6.8%. With annual deliveries of more than 94,000 vehicles, Russia is now the third-largest sales market for the Czech car manufacturer. But that is not the only reason the region is important for the brand: ŠKODA AUTO now has responsibility within Volkswagen Group for overseeing the Russian, CIS and North African markets, bringing the experience gained in the emerging markets, especially India.

ŠKODA AUTO has many years of experience in Russia, having produced vehicles there since 2009, which started with the second-generation OCTAVIA at the Kaluga factory. In 2012, the partner plant in Nizhny Novgorod commenced build-to-order production. Today, ŠKODA KAROQ is assembled here by full cycle. This process involves the complete assembly of individual vehicle components, including assembly of the body and painting the car.

Currently, the Kaluga factory exclusively produces only one ŠKODA model and that is the ŠKODA RAPID, which was updated in May 2020. The model boasts all the strengths and features typical of a ŠKODA, and caters to the preferences of Russian customers perfectly. The ŠKODA KAROQ, the KODIAQ and the quintessence of the brand, the fourth-generation OCTAVIA, are being built at the Nizhny Novgorod plant.

The ŠKODA KODIAQ – one of the brand’s most sought-after models
In September 2019, around two years after the start of production, the KODIAQ reached the milestone of 250,000 units. In 2020 alone, the Czech carmaker delivered 131,600 KODIAQs to customers worldwide. This makes it – after the OCTAVIA and KAROQ – one of the bestselling ŠKODA models.

The KODIAQ is also very popular in Russia. With 20,600 units sold, more than one in five ŠKODAs delivered last year was a model from this range. The SUV has been rolling off the line in Nizhny Novgorod since February 2018.