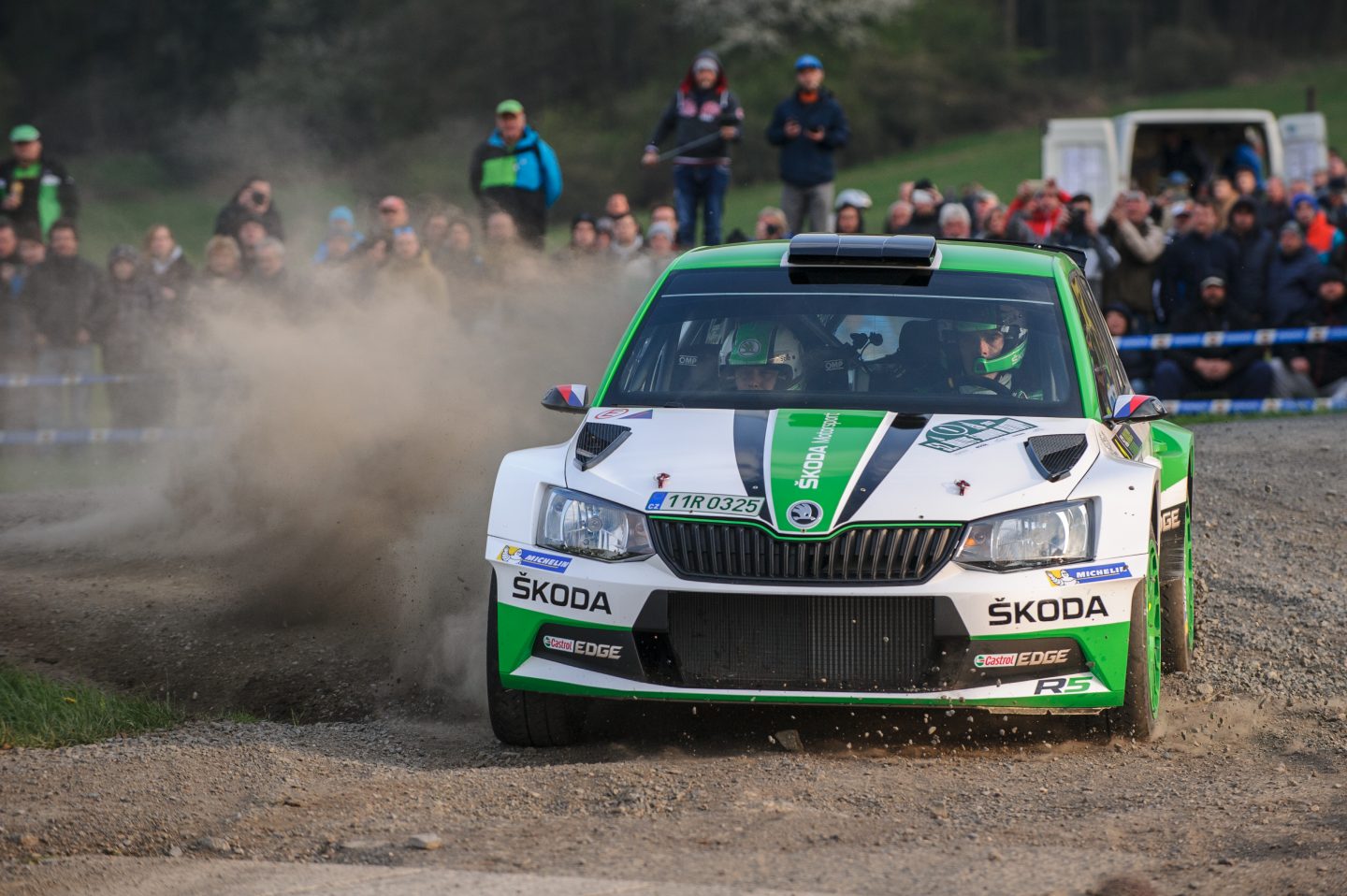 Mladá Boleslav, 17 May 2017 – Jan Kopecký/Pavel Dresler are dominating the Czech Rally Championship since they achieved a maiden win with the ŠKODA FABIA R5 on its debut at Rally Šumava Klatovy 2015. Since then, they won every event. Driving a ŠKODA FABIA R5 they collected twelve victories in a row. Upcoming weekend (19/20 May 2017) they are targeting a hattrick win in MČR 2017 and the third victory in a row at the Rally Český Krumlov. For Kopecký/Dresler, being the spearhead of ŠKODA Motorsport in the Czech Rally Championship, the goal for 2017 is crystal clear: winning the MČR title for a third time in a row.

“There is still a long, long way to go in the championship”, Kopecký says. “We have to stay focused and have to avoid any mistakes. My competitors improved a lot, scoring fastest times already at Rally Šumava Klatovy. Ford driver Václav Pech and Jan Černý with his privately run ŠKODA FABIA R5 are ready to fight for the victory,” stresses Kopecký.

Last year, Jan Kopecký and co-driver Pavel Dresler (CZE/CZE) won the Rally Český Krumlov ahead of their teammates Pontus Tidemand/Jonas Andersson (SWE/SWE), who are not competing in ŠKODA’s backyard this year. Instead the Swedish pairing on the same weekend is entered into the World Championship Rally de Portugal.

“I am fully confident that Jan and Pavel will be hard to beat at Rally Český Krumlov”, comments ŠKODA Motorsport Boss Michal Hrabánek and adds: “They are as fast and reliable as their ŠKODA FABIA R5.”

Český Krumlov, the host city of the rally, is located in the region of Southern Bohemia and is named a UNESCO world heritage side. České Budějovice is famous for his world class beer. The whole region offers a fantastic landscape and challenging stages, 16 in total.

Rally Český Krumlov starts on Friday (19 May) at 3.27 pm and runs competitive over 171,38 kilometres. The winners are expected at the finish in České Budějovice on Saturday (20 May) at approximately 5:00 pm. Alongside Jan Kopecký’s works ŠKODA FABIA R5, five private ŠKODA R5 plus additional ŠKODA teams in different categories are entered.

The 2017 calendar for the Czech Rally Championship (MČR) 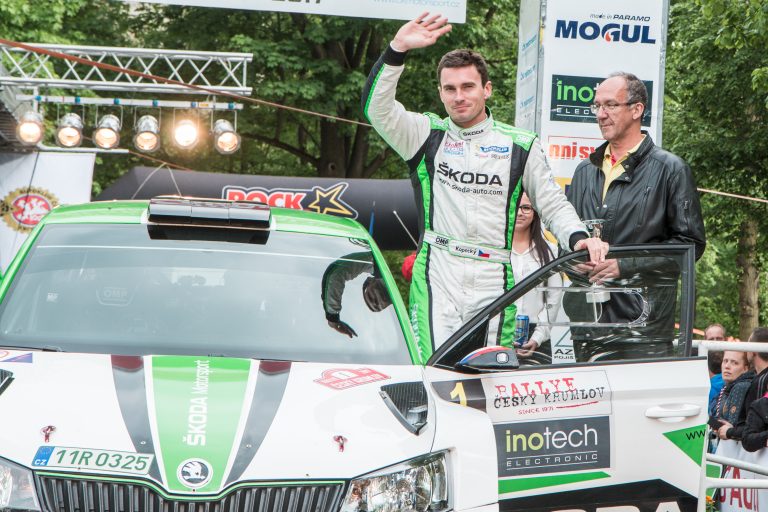