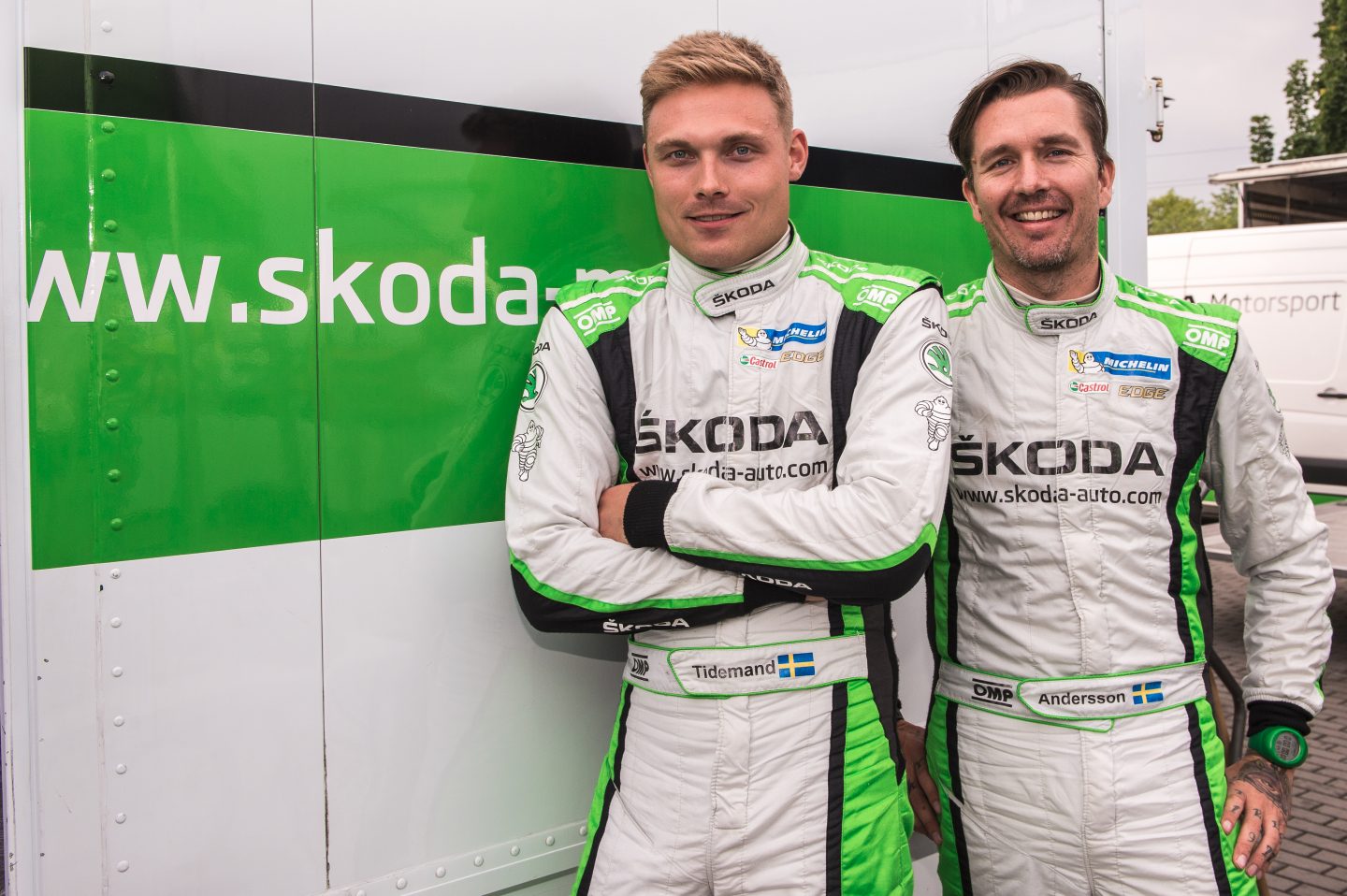 › Swedish ŠKODA duo going for their personal fifth WRC 2 win of the season
› ŠKODA won every round of the WRC 2 championship in 2017 so far, aiming for the 11th win in a row since October 2016
› ŠKODA Motorsport boss Michal Hrabánek: “Pontus and Jonas can make a big step forward in their pursuit of winning the 2017 WRC 2 title.”

Mladá Boleslav, 28 June 2017 – Pontus Tidemand and co-driver Jonas Andersson (ŠKODA FABIA R5) are dominantly leading the WRC 2 championship. So far they competed in four WRC 2 rounds and won them all. With another victory at Rally Poland (June 29th to July 2nd), they would be in a strong position to win the World Rally Championship (WRC 2) this year. For ŠKODA Motorsport, another success would as well be the 11th WRC 2 win in a row since Rally Spain in October 2016.

“In Poland Pontus and Jonas can make a big step forward in their pursuit of winning the WRC 2 title,” says ŠKODA Motorsport boss Michal Hrabánek. Every competitor in WRC 2 can bring not more than six results into his overall tally. Tidemand/Andersson collected 100 points with four wins in four events. Among the entries in WRC 2 category in Rally Poland, ŠKODA is the strongest brand with six FABIA R5. “We are delighted that more and more teams trust in the speed and reliability of our ŠKODA FABIA R5. Up to now, we delivered more than 140 cars to customers worldwide,” adds Hrabánek.

Rally Poland offers 23 special stages totalling 326 kilometres on very fast sandy roads in the picturesque countryside of the Masurian Lake District, a popular holiday region in Northern Poland. The rally is based in Mikolajki, which hosts the start on Thursday, 16h00 local time, finish on Sunday, 14h30, and in between three runs of a super special stage next to the service park.

“This year I already got a lot of experience on gravel,” says ŠKODA driver Pontus Tidemand. “But the upcoming Rally Poland is very special – it is one of the fastest events of the World Rally Championship. Last year, I learnt a lot in Poland ending up in seventh position only – now I am aiming for the victory.“

Pontus Tidemand and co-driver Jonas Andersson started their 2017 winning streak at Rally Sweden, taking top position at their home event on snow in convincing style. The tough gravel events in Mexico and Argentina saw another faultless performance of the Swedish duo. In Portugal they had well deserved luck to win another thrilling event with their ŠKODA FABIA R5. In Poland the ŠKODA factory team is again facing strong competition not only from Norwegian junior team Ole Christian Veiby/Stig Rune Skjaermœn in a privately entered ŠKODA FABIA R5.

Until today ŠKODA won ten consecutive WRC 2 rallies in a row. This winning sequence started at Rally Spain in October 2016. Of the last 18 WRC 2 events the Czech manufacturer won 17.