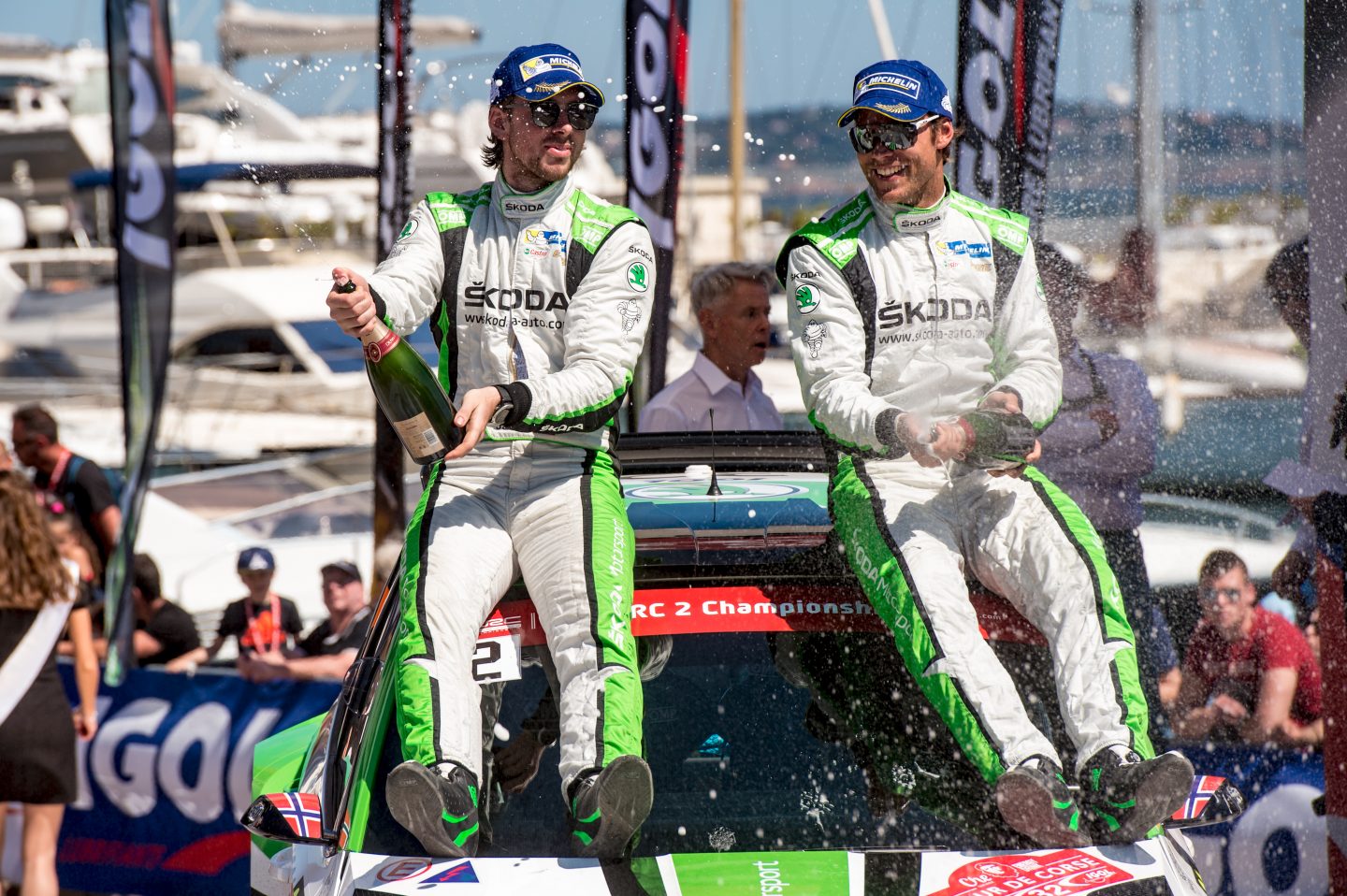 › Double lead for ŠKODA in WRC 2: Pontus Tidemand on top ahead of Andreas Mikkelsen
› Two years ago the ŠKODA FABIA R5 started its career in Portugal, since then becoming the most successful car in the World Rally Championship (WRC 2)
› Pontus Tidemand/Jonas Andersson and Andreas Mikkelsen/Anders Jæger-Synnevaag for the first time competing together for ŠKODA Motorsport
› ŠKODA Motorsport boss Michal Hrabánek: “We are facing strong competition in WRC 2.”

“Five brands and 20 competitors in the fight for victory in WRC 2 – these numbers demonstrate not only the quantity, but as well the quality of this category. Our goal is to strengthen the championship lead for ŠKODA in WRC 2,” says ŠKODA Motorsport boss Michal Hrabánek.

The ŠKODA FABIA R5 returns to the event where the success story began two years ago. Esapekka Lappi (FIN) and Pontus Tidemand (SWE) proved right from the debut at Rally Portugal 2015, that the ŠKODA FABIA R5 will be the car to beat in WRC 2 category. Since then, the Czech rally car has been successful around the world and won the 2016 FIA World Rally Championship (WRC 2).

Andreas Mikkelsen (NOR) has good memories of Rally Portugal as well: In 2015 he was third, in 2016 second in the overall classification, driving a Polo WRC. His 2017 teammate Pontus Tidemand won the WRC 2 category for ŠKODA last year. Now both are facing the competition of 18 teams and four additional brands. Due to a new regulation in 2017, Rally Portugal is the first of three mandantory events teams have to compete in order to be eligible to score points for the championship. In total, six ŠKODA FABIA R5 are registered to score points in WRC 2. Three more ŠKODA FABIA will compete in R2 class.

“I am happy that ŠKODA is offering me the opportunity to drive the FABIA for the third time this year. Now I am facing my first gravel rally with the ŠKODA FABIA R5. I have a very fast teammate and a lot of other strong competitors”, Andreas Mikkelsen is looking forward to Rally Portugal. Pontus Tidemand, who won on ice and snow in Sweden and the gravel events in Mexico and Argentina, has a clear target: “I want to get as much points as possible in order to increase my lead in WRC 2.”

In 2015 the Portuguese WRC round moved back to the north of the country to the region around Porto. Actually, it is one of the most spectator crowded events in World Rally Championship. The notorious Fafe jump alone attracts ten thousands of spectators every year. The atmosphere on the stages in the north comes close to being in a football stadium. The event starts on Thursday with a show stage on the rally cross circuit of Lousada.

The first full day of rallying on Friday features stages in the far north near the border to Spain. Saturday features the longest leg with a mixture of sandy roads, rocks and deep ruts especially during the second pass of the stages. On the long stages the right tyre choice is key to success, the alternatives being soft compound for more traction or hard compound in order to manage tyre wear. On Sunday the Fafe loop on fast and smooth gravel roads, including the famous jump, is the spectator highlight of the event. In total, the teams will face 19 special stages covering nearly 350 kilometres in total.