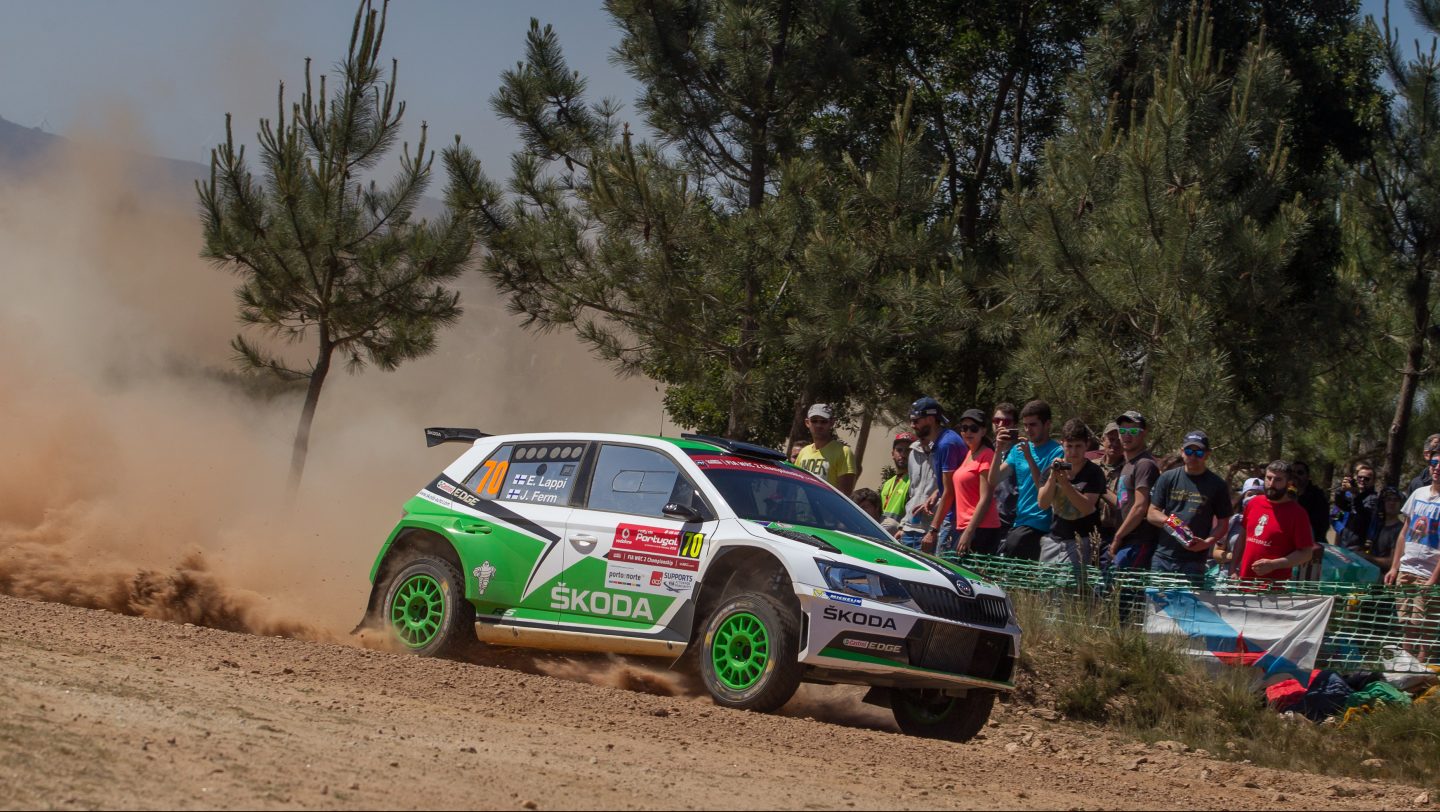 › "Flying Finn" Lappi gets first three stage best times in the new high-tech rocket
› Lappi second, Tidemand third in the WRC 2 standings ahead of the final day
› Big final on Sunday with legendary Fafe stage in front of 100,000 fans

Porto, 23 May 2015 – After a strong performance, two ŠKODA duos in the new Fabia R5 are heading for the podium in the WRC 2 standings of the Rally de Portugal. European champions Esapekka Lappi/Janne Ferm (FIN/FIN) got the first three stage best times on Saturday on the new rally car’s first start in the FIA World Rally Championship (WRC). Going into the final day, this sees “Flying Finn” Lappi in second place in the overall standings, directly ahead of the second ŠKODA team Pontus Tidemand/Emil Axelsson (S/S). 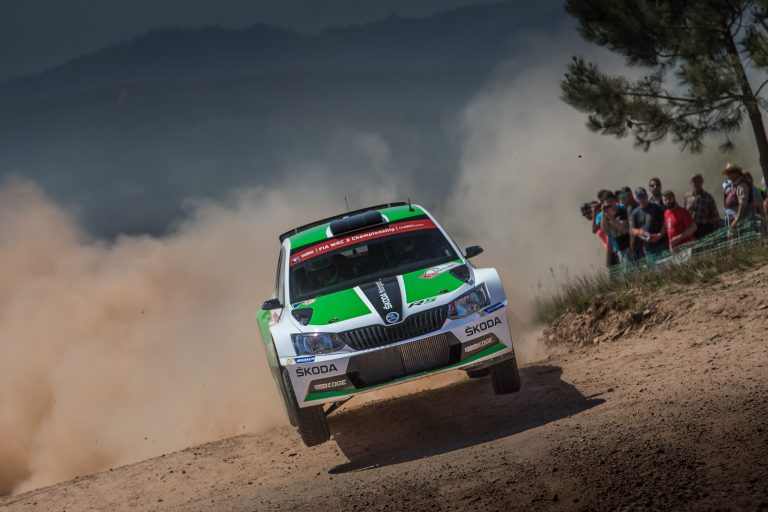 “We are delighted with how the WRC debut in the new Fabia R5 is developing for us so far. But our main aim is to finish the rally,” said ŠKODA Motorsport Director Michal Hrabánek. On the hardest day of the Rally de Portugal with 165.40 kilometres scheduled, on the winding gravel tracks around Porto, the high-tech four-wheel drive showed how much potential it has. Right on the first stage, Baião 1, Lappi got the historic first WRC best time in the new ŠKODA Fabia R5, 4.2 seconds faster than his team-mate Tidemand.

“Yesterday we had stones, today sand; the conditions were totally different to Friday. But I’m getting more and more used to my new tool during my first rally in the new Fabia R5. This also helped us move up in the overall standings,” said the Finn. He demonstrated this on the other two special stages in the morning, which saw him clinch a hat-trick of best times in the WRC 2 standings.

Thanks to his gala performance, Lappi moved up from fifth at the start of the day into second in the overall standings. The 24-year-old will start the final day with a deficit of 49.0 seconds to Dakar winner Nasser Al-Attiyah (Q). 16.1 seconds behind Lappi is Tidemand in third place. “We defended our third place in our first race in the new Fabia R5. We can be pleased with that for now. We won’t risk everything here,” said Tidemand.

A further 54.65 kilometres over three special stages are scheduled for the big final day. This includes two passes of the legendary “Fafe” stage, with a massive leap as the highlight, which is expected to draw 100,000 spectators.

Esapekka Lappi got the historic first best time in the WRC 2 standings of the WRC for the ŠKODA Fabia R5. The “Flying Finn” mastered the 18.57 kilometres of the special stage Baião 1 in 12:24.5 minutes.