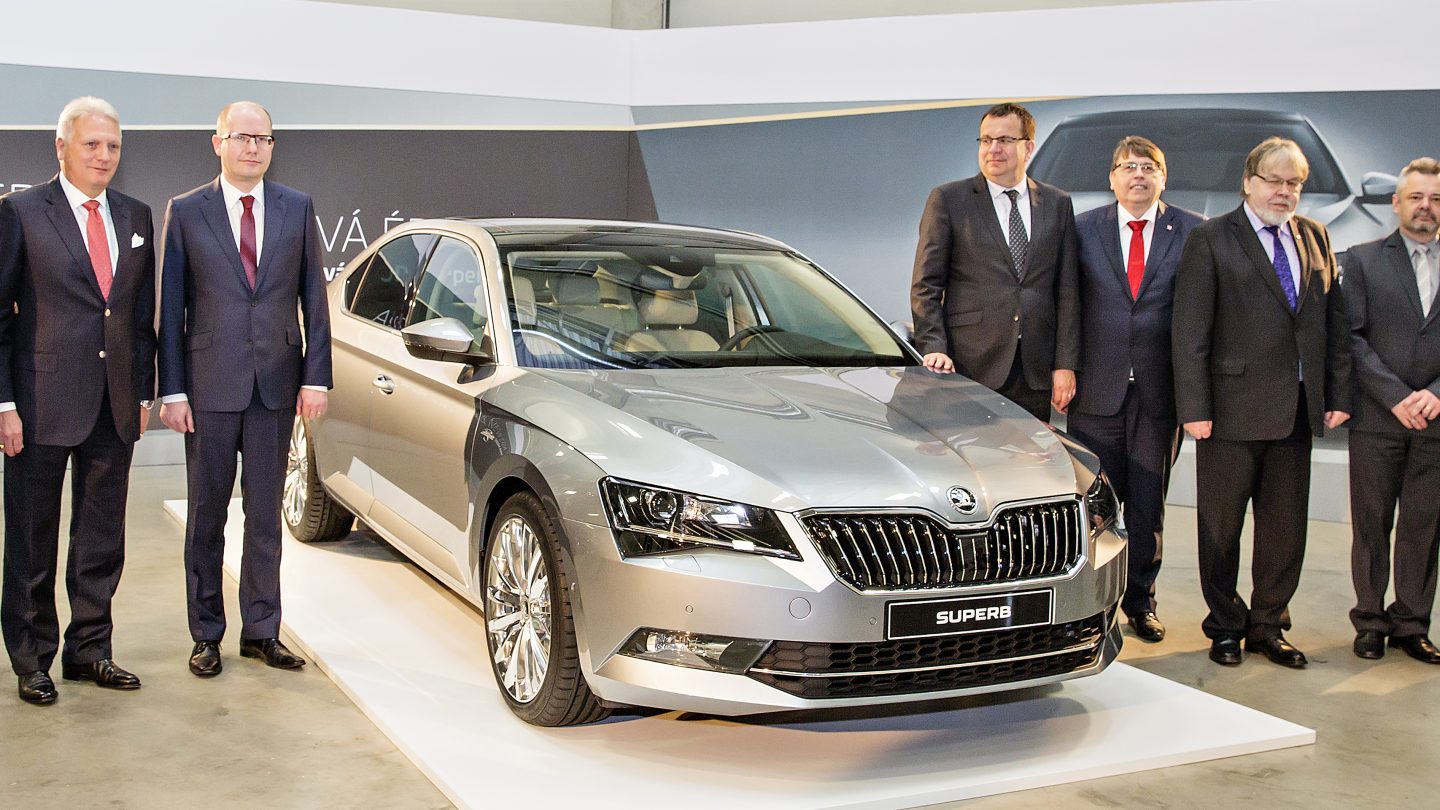 Mladá Boleslav/Kvasiny, 23 March 2015 – The ŠKODA Kvasiny plant and public infrastructure surrounding the East Bohemian site are to be modernized and expanded over the next few years. ŠKODA AUTO today signed a memorandum on cooperation in Kvasiny with the Czech Government and Hradec Králové authorities. The memorandum was officially concluded during a visit from the Czech Prime Minister Bohuslav Sobotka, Minister of Commerce and Industry Jan Mládek and District Governor of Hradec Králové, Lubomír Franc.

By 2018, ŠKODA will have created up to 1300 new jobs and increased production capacity up to 280,000 vehicles per year at the Kvasiny plant. The company plans to invest around 7.2 billion CZK into the site over the next three years. At the same time, the Czech state and the Hradec Králové region will be making investments into the public infrastructure and improving education and health in the city and region. This agreement clearly underlines the vital importance of the Kvasiny automotive site for the Czech economy.

On behalf of ŠKODA, CEO Prof. Dr. h.c. Winfried Vahland and HR Director Bohdan Wojnar signed the agreement, and Prime Minister Bohuslav Sobotka and District Governor Lubomír Franc signed on behalf of the Czech state. Alongside the ŠKODA Board Members, visiting the site were high-ranking politicians including the town mayors from Kvasiny, Solnice and Rychnov nad Kněžnou, as well as the KOVO union represented by Union Chief Jaroslav Povšík.

“As an important cornerstone of ŠKODA production network, the Kvasiny plant makes a vital contribution to ŠKODA’s growth strategy,” says CEO Prof. Dr. hc Winfried Vahland. “Over the coming years, ŠKODA will be expanding further in this location, and the company plans to invest more than seven billion crowns by 2018. Before then, Kvasiny will be experiencing the most comprehensive modernization and expansion in its 81-year history. The agreement concluded with Prime Minister Sobotka and the Czech authorities guarantees significantly improved conditions. We are delighted with the planned infrastructure measures, which will give the whole Hradec Králové region a strong boost.”
During the visit, Czech Prime Minister Bohuslav Sobotka highlighted the importance of stability and social dialogue for the development of the factory and the region: “I am delighted that the government is fulfilling their commitment to attract new investments and generate employment. This new investment in Kvasiny is extremely important, as 1300 new jobs will be created, and it is expected that an additional 400 new jobs will be created at ŠKODA AUTO’s subcontractors in the region.”

“ŠKODA AUTO’s investment in Kvasiny is the second largest investment in the current government’s term of office. This underlines their importance. I am also very positive about the fact that ŠKODA is showing a great deal of social responsibility in the Hradec Králové region with this investment. The government funding totalling two billion crowns is not credited directly to the client’s account, but rather benefits the infrastructure of the district in developing Kvasiny’s industrial zone,” says Jan Mládek, Commerce and Industry Minister of the Czech Republic.

Expanding and modernizing the Kvasiny plant shall be financed exclusively by ŠKODA. For this purpose, the manufacturer will be investing around 7.2 billion CZK over the next three years. It was only recently that ŠKODA made extensive investments into the production facilities at Kvasiny. The site began producing the new ŠKODA Superb a few days ago. To launch production, the manufacturer made investments into new production technologies, assembly and logistics areas. Around 1.7 billion CZK went into car body production alone.

Kvasiny is one of ŠKODA’s three production facilities in the Czech Republic, where around 4500 people are currently employed. This makes the plant one of the largest employment centres in the Hradec Králové region. Alongside the ŠKODA Superb, the ŠKODA Yeti and Roomster models currently run off the plant’s production lines. 166,200 ŠKODA vehicles were produced at Kvasiny in 2014. The automobile factory was founded 81 years ago, and ŠKODA vehicles have been rolling off the lines there since 1947.

The expansion of the Kvasiny site over the coming years underlines the Czech production site’s great importance for ŠKODA. As the largest industrial employer in the country ŠKODA is the heart of the Czech automotive industry. In 2014, the company recorded a turnover of 317 billion CZK.

ŠKODA AUTO currently employs 25,000 people in the Czech Republic. A further 150,000 work at suppliers to ŠKODA. In their Czech home market, ŠKODA operates production sites at Mladá Boleslav (main plant), as well as Kvasiny and Vrchlabí. The company is continuously investing in their Czech sites to strengthen their market position in Europe. Since 1991, ŠKODA has invested 300 billion CZK into the manufacturing processes and factories in the country. 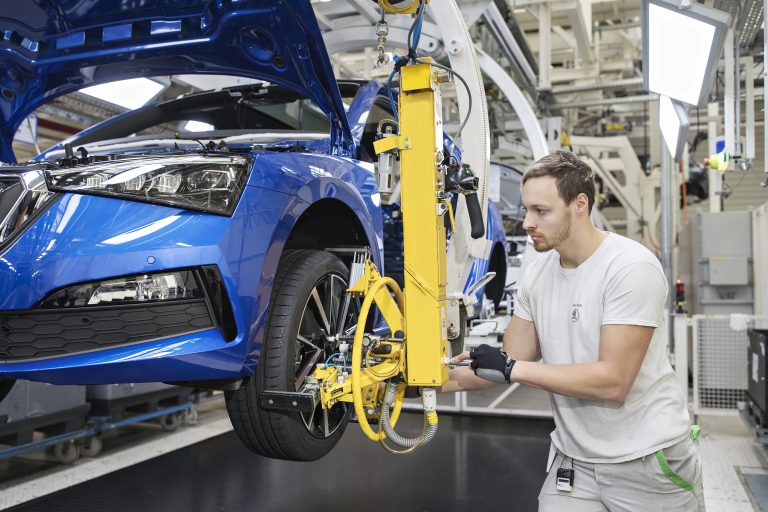 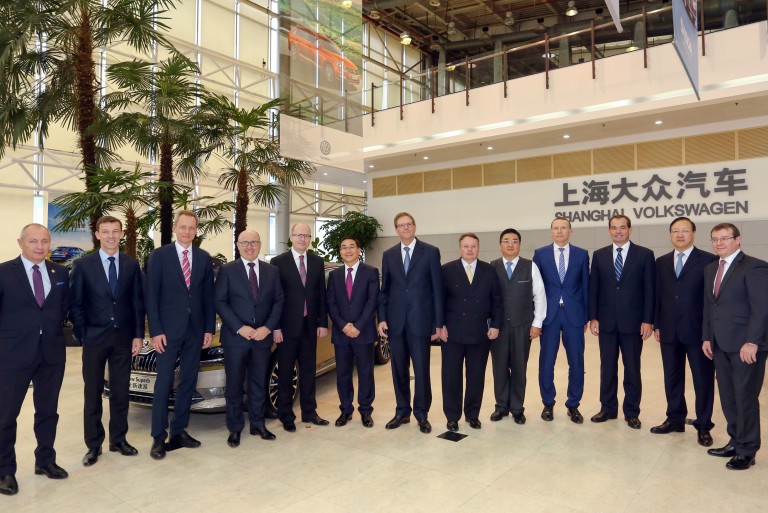 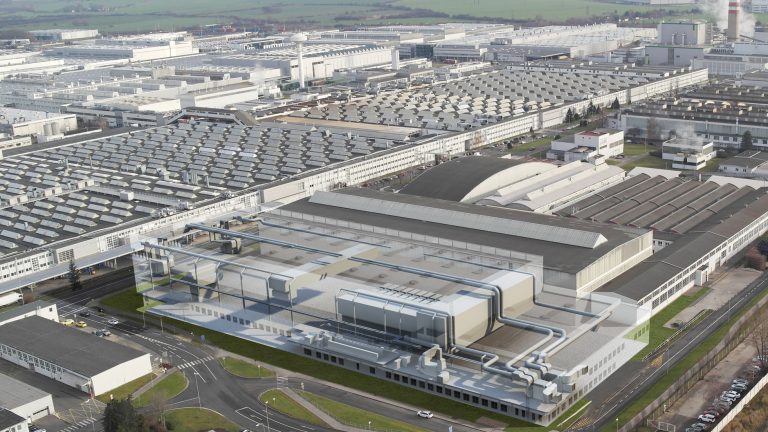 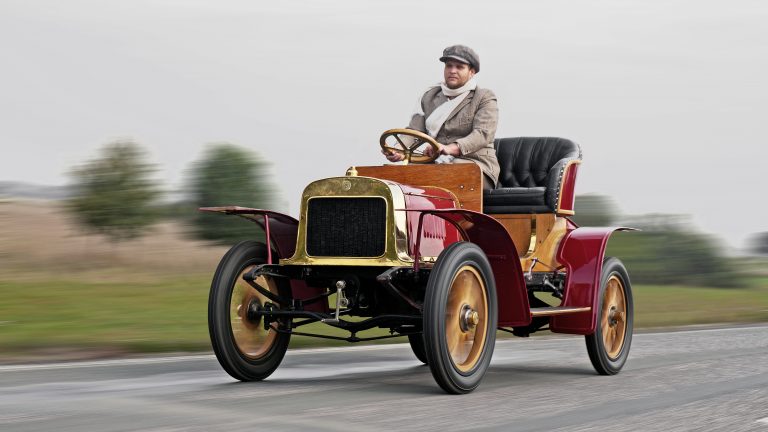 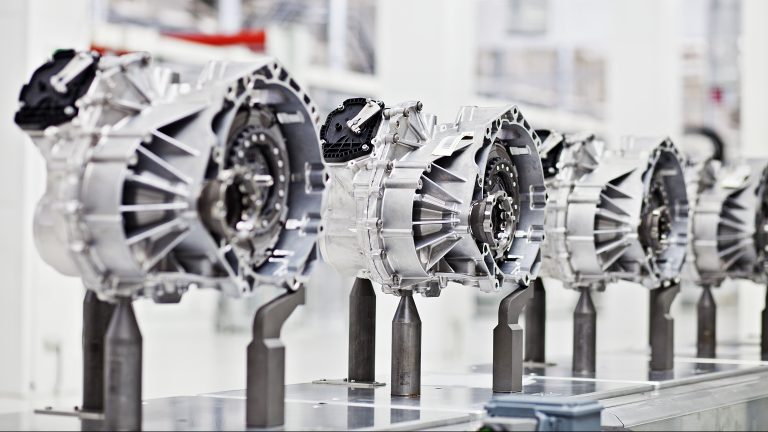