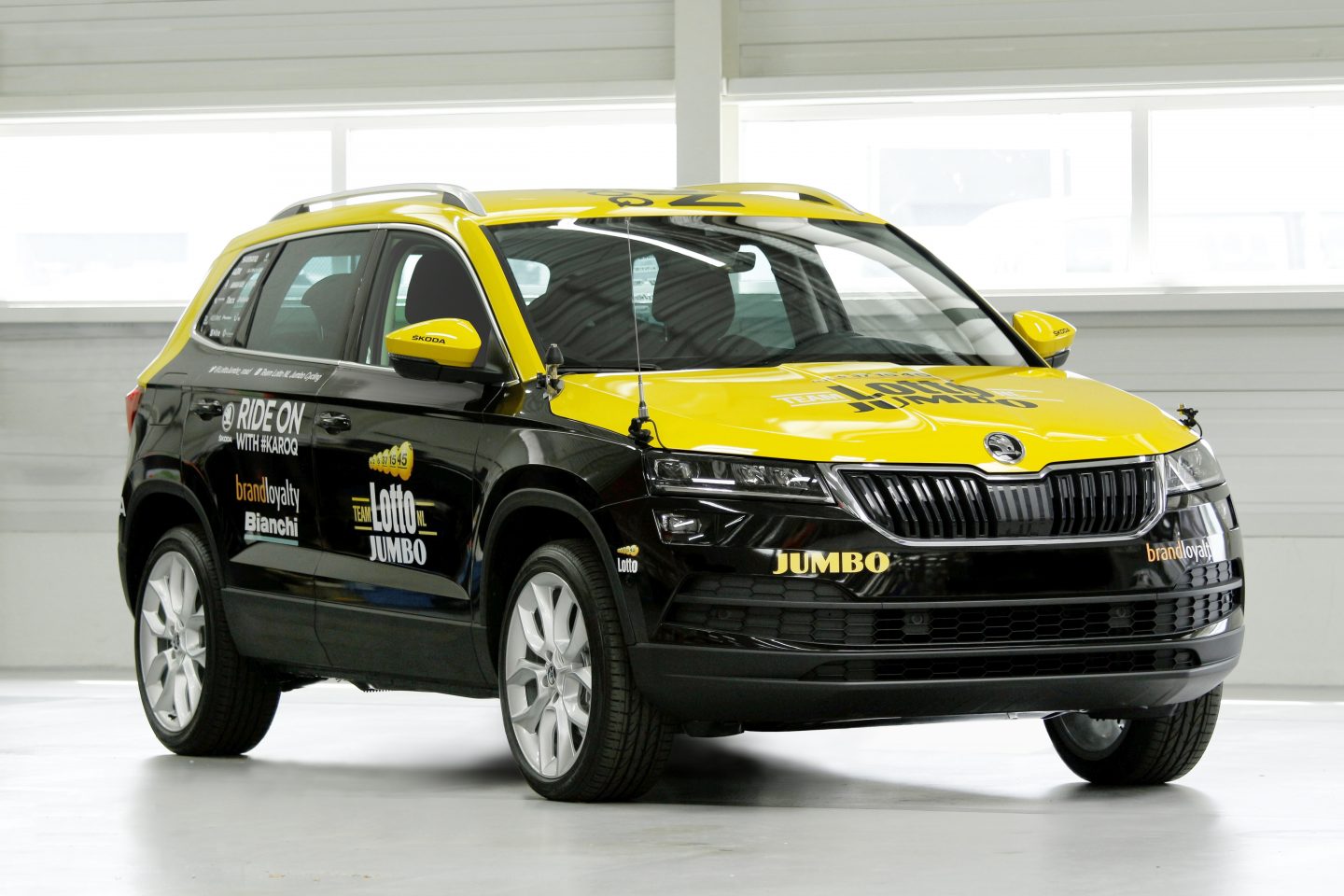 › The Czech car manufacturer supports teams from South Africa, the Netherlands and Belgium during the time trial in Düsseldorf
› ŠKODA’s compact SUV is used to transport spare parts and is equipped with radio equipment
› More than 250 support and service vehicles from the ŠKODA at the 104th edition of the Tour de France
› Altogether, the ŠKODA fleet will cover around 2.8 million kilometres during the tour

Mladá Boleslav, 29 June 2017 – The Tour de France is ready for the start. On Saturday, the ŠKODA KAROQ will line up at the start as a service vehicle for three teams. The new compact SUV is supporting three teams during the 14-kilometre time trial in Düsseldorf. The vehicles have a few added extras on board such as radio equipment. Wraps on the exterior give the KAROQ models an individual design. 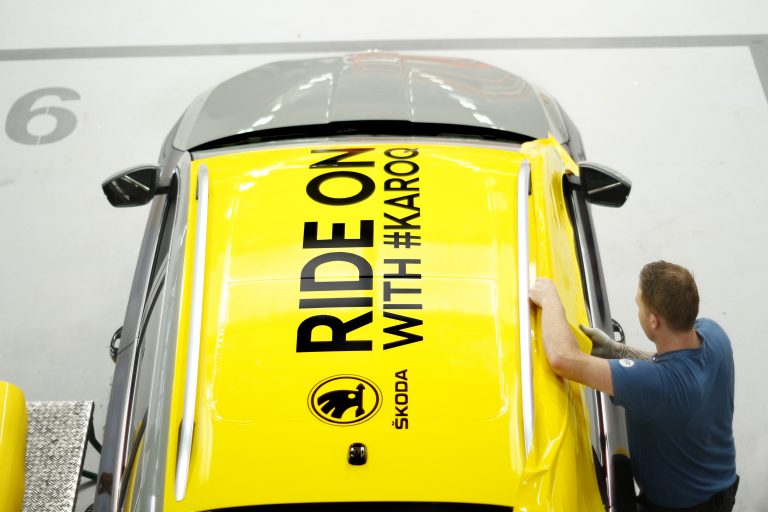 After an absence of 30 years, the Grand Départ of the Tour de France is once again taking place in Germany. The time trial of the first stage leads from the fair-ground in Düsseldorf exhibition centre, along the Rhine to the famous Königsallee boulevard and back along the Rhine to the exhibition centre. A premiere for both Düsseldorf and the ŠKODA KAROQ, because ŠKODA’s new compact SUV will be presenting itself to the public there for the first time ahead of its market launch at the end of the year. Three ŠKODA KAROQs are accompanying teams from South Africa (Team Dimension Data), the Netherlands (Team Lotto NL – Jumbo), and Belgium (Lotto Soudal) as service vehicles during the 14-kilometre time trial. They will not only act as a spare parts depot on wheels for the racing cyclists, but also have the team escorts on board who will be in communication with their cyclists via radio.

The ŠKODA KAROQ is exceptionally well-suited to use in the third-largest sporting event in the world. The all-rounder is equipped with a 6-speed manual gearbox or a 7-speed DSG transmission and, thanks to the Dynamic Chassis Control (DCC), a choice of three driving modes as well as electromechanical power steering, is as dynamic on the road as the athletes. Five engines with power outputs ranging from 85 kW (115 PS) to 140 kW (190 PS) are available for the new compact SUV. The generous interior dimensions provide plenty of space for both equipment and the tour escorts. Thanks to the built-in Wi-Fi hotspot, the connectivity offering also leaves nothing to be desired: the passengers have the option of being ‘always online’. The KAROQ is also the first ŠKODA to offer a digital instrument cluster, allowing the displays on the dashboard to be individually programmed and presented. Another special feature is the Virtual Pedal. This ‘Simply Clever’ solution allows the tailgate to be opened with a simple foot movement under the rear bumper.

ŠKODA has been the official partner of the world’s largest cycling race for an impressive 14 years. The more than 250 ŠKODA organisation, escort and service vehicles cover a total of around 2.8 million kilometres during the 23-day tour.

The close relationship between the long-established Czech brand and cycling has historical roots. Before vehicle production began in 1905, company founders Václav Laurin and Václav Klement had already been manufacturing bicycles. Today, cycling is a pillar of ŠKODA’s sponsorship strategy. As well as the Tour de France and the Spanish cycling tour “La Vuelta a España”, the Czech car manufacturer supports other international and national cycling races, as well as numerous popular sporting events.