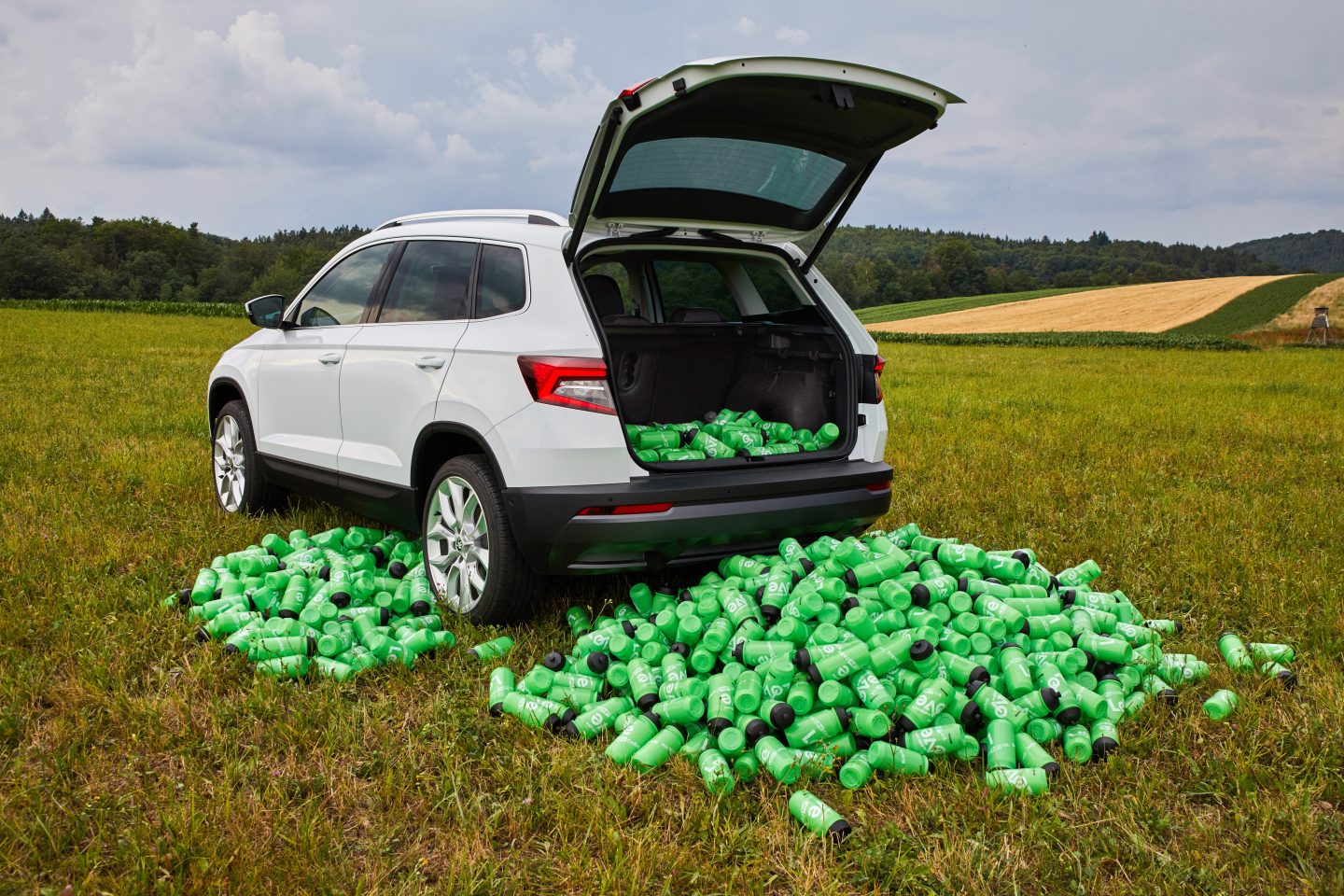 Mladá Boleslav, 18 July 2017 – At this year’s Tour de France, the ŠKODA KAROQ performed the role of water carrier. The traditional Czech brand’s new compact SUV served as a service vehicle for three teams during the first stage, including LottoNL-Jumbo. During the Tour, the cycling professionals in the Dutch racing team go through around 1,000 water bottles per week. A welcome challenge for the ŠKODA KAROQ: does the compact SUV’s boot have room for this number of 0.5-litre thirst quenchers known as ‘Bidons’? No problem for the KAROQ, because thanks to the VarioFlex backseat, the SUV boasts great variability and a maximum load space volume of 1,810 litres. 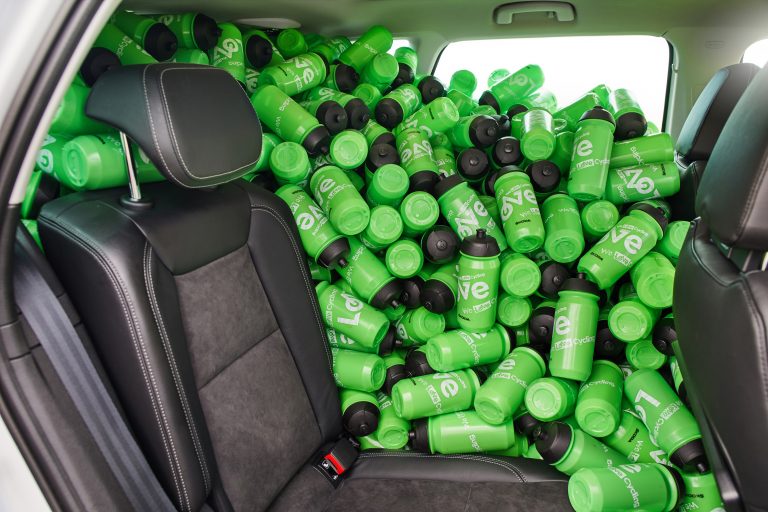 Along the 3540-kilometre route of the Tour de France, the 198 cycling pros accomplish great physical feats each day, and adequate hydration is essential. The racers of the Dutch team LottoNL-Jumbo for example go through between 2,500 and 3,000 Bidons during the Tour, meaning the team needs up to 1,000 of these water bottles a week. The new ŠKODA KAROQ can easily transport the professionals’ weekly ration as you can see from the video on ŠKODA Storyboard. The new compact SUV now proves that the 1,000 Bidons fit loosely into the loading space of the emotionally designed KAROQ.

The boot volume of the 4.38-metre-long ŠKODA KAROQ is an impressive 521 litres with the rear seats in their default position; the optional VarioFlex seats allow for even greater variability. The system consists of three separate rear seats that can each be adjusted or completely removed. This provides more space in the interior or greater storage space as required. If for example, the two outer seats are shifted 150 millimetres forward, the storage space increases to 588 litres. The system also offers many other combinations for passengers and luggage.  For instance, if the centre seat is removed, the side seats can be moved to the centre, providing more shoulder room for passengers in the back.  Another advantage is the backrest incline of the individual rear seats may also be adjusted. In addition, the middle seat can be folded down with a handle to become a centre armrest with two cup holders. When the armrests on all three seats are folded down, the back seats may be folded over completely to rest against the front seats.  A small hook on the headrests secures the construction. In this position, the seats can be completely removed – and the ŠKODA KAROQ transforms into a van with a maximum load capacity of 1810 litres.

ŠKODA KAROQ with VarioFlex rear seats has space for up to 1,000 bottles

ŠKODA KAROQ with VarioFlex rear seats has space for up to 1,000 bottles