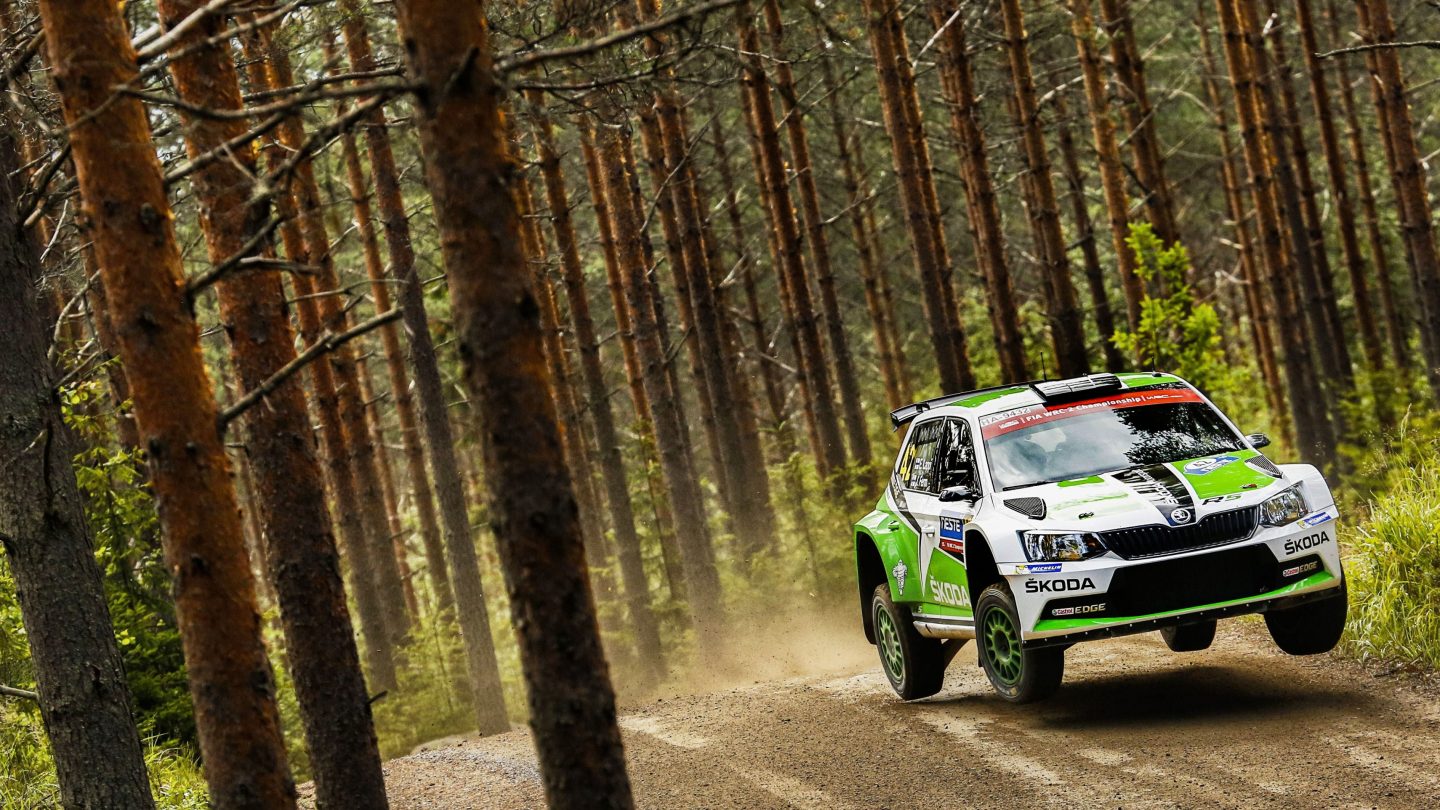 › One-two: Esapekka Lappi continues to hold a commanding lead over Pontus Tidemand
› ŠKODA Fabia R5 proves to be the best WRC 2 rally car at the fastest rally of the year
› Only 28.26 kilometres stand between the team and their second WRC 2 win

Jyväskylä, 1st August 2015 – ŠKODA put on a strong showing with the Fabia R5 on the penultimate day of the Rally Finland, winning all eight special stages and consolidating their position at the top of the overall standings. Esapekka Lappi/Janne Ferm (FIN/FIN) go into the final day of their home event in a strong position, having built up a commanding lead over their team-mates Pontus Tidemand/Emil Axelsson (S/S) at the FIA World Rally Championship (WRC 2). Only 28.26 kilometres stand between the ŠKODA works team and their second successive World Championship victory. 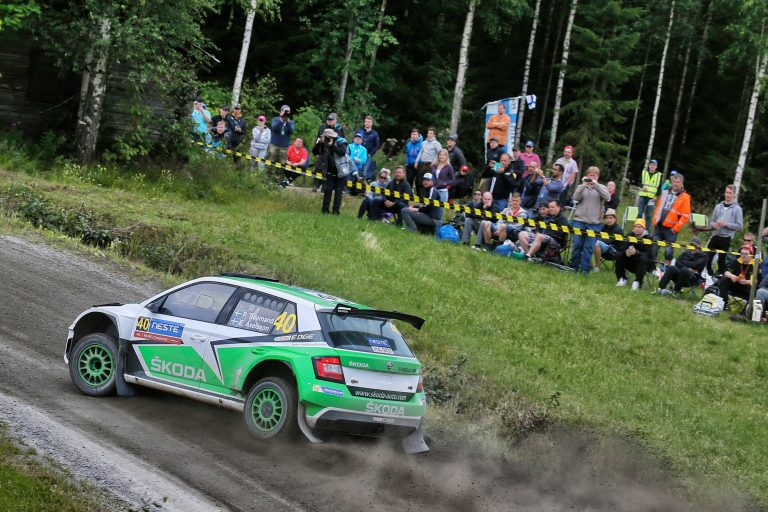 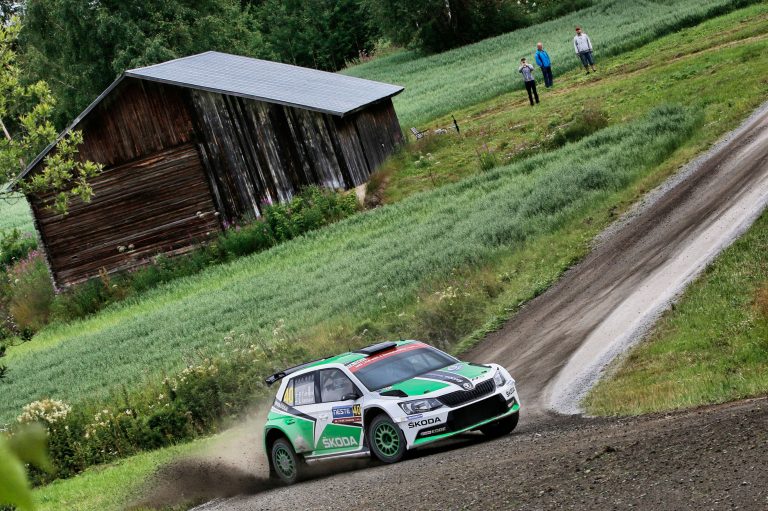 “We were able to stay in control. There was no need to take any risks but we kept up the fast pace. I really like our Fabia R5 and everything about it worked perfectly,” noted Lappi. He was involved in a fascinating duel with his team-mate Tidemand, as the two drivers competed for the best times for each stage. The Swedish driver recorded the fastest time on four occasions, just bettering the achievement of reigning European champion Lappi. In special stage 12, both drivers clocked a time of 10:30.0 to share first place.

“This duel with Esapekka was a lot of fun and the results were often really tight. We also didn’t give it 100 per cent but it’s all about keeping a cool head,” said Tidemand. Despite their composed driving styles, the two ŠKODA works duos in their Fabias were able to increase their lead over the competition. The most surprising event of the day was not the rain showers falling from the grey skies above Jyväskylä, but the appearance of a bear with her two cubs. She was in the vicinity of the Horkka special stage and had to be led away to safety by a helicopter.

Sunday’s stages on the gravel are expected to be even more exciting, as the fastest rally of the year comes to a conclusion with two attempts at the Myhinpää special stage. ŠKODA is in the perfect position to repeat the historic achievements at the Rally Poland four weeks ago, by celebrating another one-two victory.

Number of the day for the Rally Finland: 15

18 special stages have taken place so far at the Rally Finland, and ŠKODA has emerged victorious on 15 of these. This rally is providing clear proof that the Fabia R5 is the fastest car taking part in WRC 2. Esapekka Lappi posted the best time on ten stages, and Pontus Tidemand did so on four occasions. The ŠKODA works drivers also shared one first place, finishing with identical times.

150801 ŠKODA teams extend their lead at the Rally Finland

150801 ŠKODA teams extend their lead at the Rally Finland 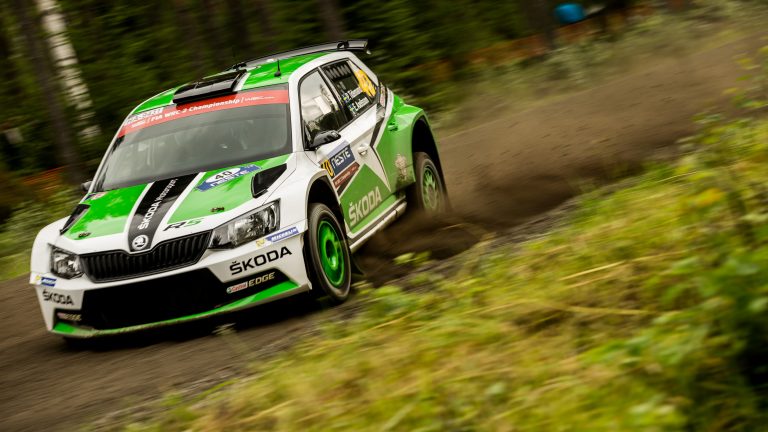