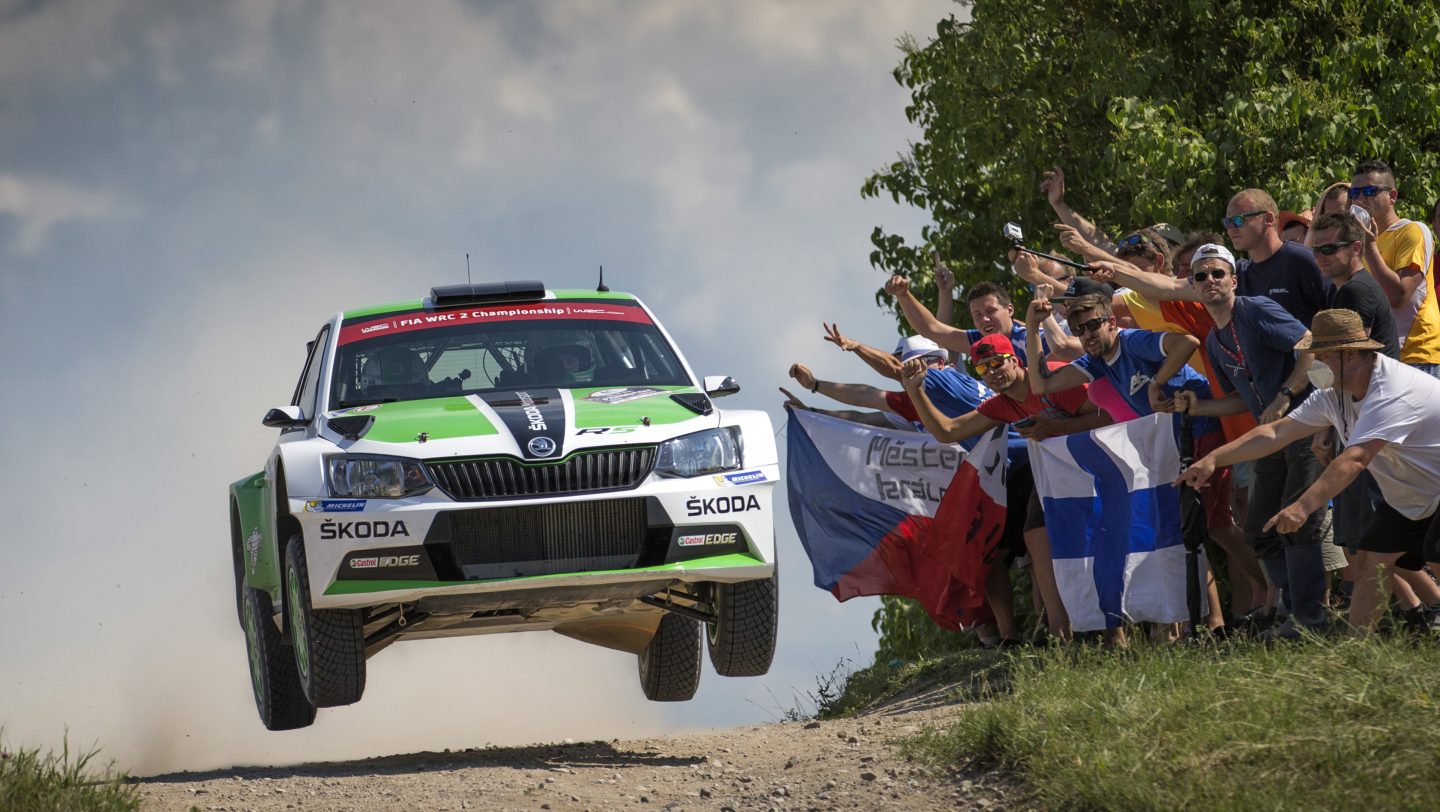 › ŠKODA works duo Esapekka Lappi/Janne Ferm head into the final day of the Rally Poland with a 10.8 second lead over colleagues Teemu Suninen/Mikko Markkula
› Five ŠKODA FABIA R5 in the top eight at one of the fastest events in the FIA World Rally Championship (WRC 2)
› 59.60 kilometres left to go at the full throttle show
› Last year's winner Lappi: "It's not over yet: Suninen is very fast"

Mikolajki, 2 July 2016 – Last year’s winner Esapekka Lappi kept a cool head at the sizzling battle in Poland and took the leading position in the WRC 2 in the ŠKODA duel. However, the “Flying Finns” Esapekka Lappi/Janne Ferm head into the final day of the Rally Poland with a minimal lead of 10.8 seconds over their colleagues Teemu Suninen/Mikko Markkula (FIN/FIN). The winner will be decided over the final 59.60 classified kilometres on Sunday at the full throttle event on the FIA World Rally Championship (WRC 2) calendar. 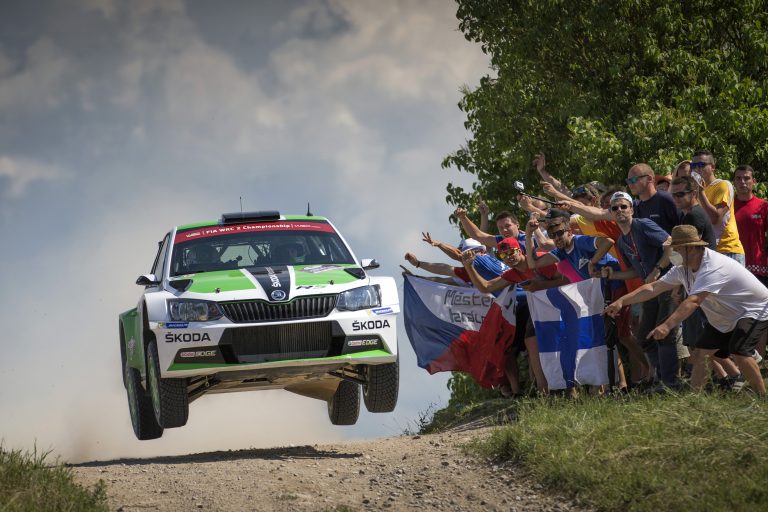 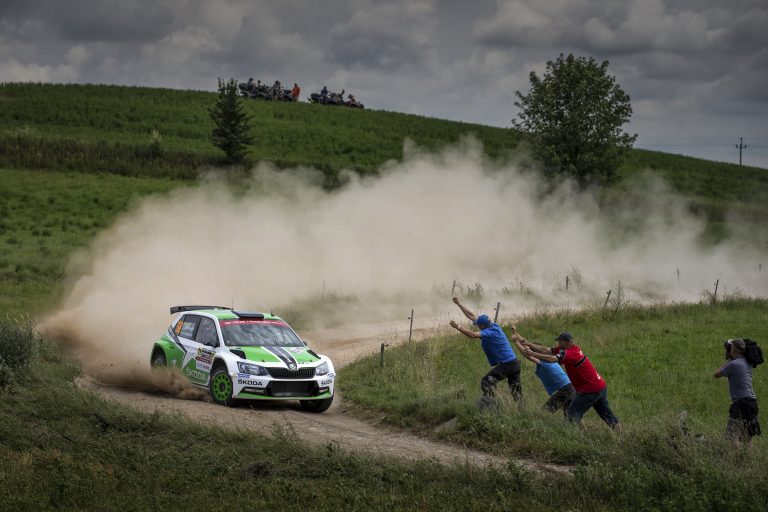 “It was a good day for us. We only made one minor error at an intersection. We tried everything and it paid off. But it’s not over yet: Suninen is very fast. Sunday will be really difficult,” said Lappi. The blond was commanding as he celebrated the historic first win in the new ŠKODA FABIA R5 at the Rally Poland last year. In glorious sunshine and with temperatures over 30 degrees, it is a lot closer this weekend.

ŠKODA works driver Lappi started the race on Saturday trailing Suninen by 4.6 seconds. In a wise tactical move, Lappi held back slightly on the first passes of the special stages “Goldap”, “Stanczyki” and “Babki”. The current WRC 2 championship leader Elfyn Evans (GB/Ford), who in third place had, at one point, closed to within 14.8 seconds of the leaders, consistently set the best times.

But then in the afternoon Lappi completed the second pass of the three stages at full throttle in his ŠKODA FABIA R5. With a magnificent best time on the 14th special stage overall, ” Stanczyki 2″, the 25-year-old took the lead for the first time in the ŠKODA duel with his fellow countryman Suninen and, with another two best times, extended his lead to a total of 10.8 seconds. Evans is lurking in third place with a deficit of 26.6 seconds and should not be written off yet going into the final four special stages on Sunday. “It was a magnificent battle at the highest level throughout the day. Sunday will be difficult, but we will try our best to win,” promised the ŠKODA FABIA R5 driver Suninen.

The second ŠKODA works team Pontus Tidemand/Jonas Andersson (S/S), who were in the lead until the penultimate stage on Friday when a problem ended their day, returned to the rally on Saturday. With strong times the duo worked their way back up into 13th place in the overall standings. “We are no longer able to get involved in the gripping ŠKODA duel for the win. Which is why we are using the rest of the rally to gain experience for the upcoming Rally Finland,” said Tidemand.

The ŠKODA FABIA R5 proved to be the “full throttle champion” of the WRC 2 again on Saturday. In the overall standings, five of the Czech rally racers are in the top eight. In addition to front-runner Lappi and second-placed Suninen, Nicolás Fuchs (PE/fifth), Armin Kremer (D/seventh) and Scott Pedder (AUS/eighth) are also on their way to a strong result.

ŠKODA works driver Esapekka Lappi achieved the fastest average speed in the WRC 2 on the second pass of the special stage “Babki” on Saturday. The 25-year-old took just 10:22.9 minutes to complete the 21.02-kilometre stage. That is an average speed of 121.48 kilometres per hour – a strong performance on the dusty gravel tracks in the lakes region of Masuria. The Rally Poland, along with the following Rally Finland, is the fastest stop on the FIA World Rally Championship calendar.