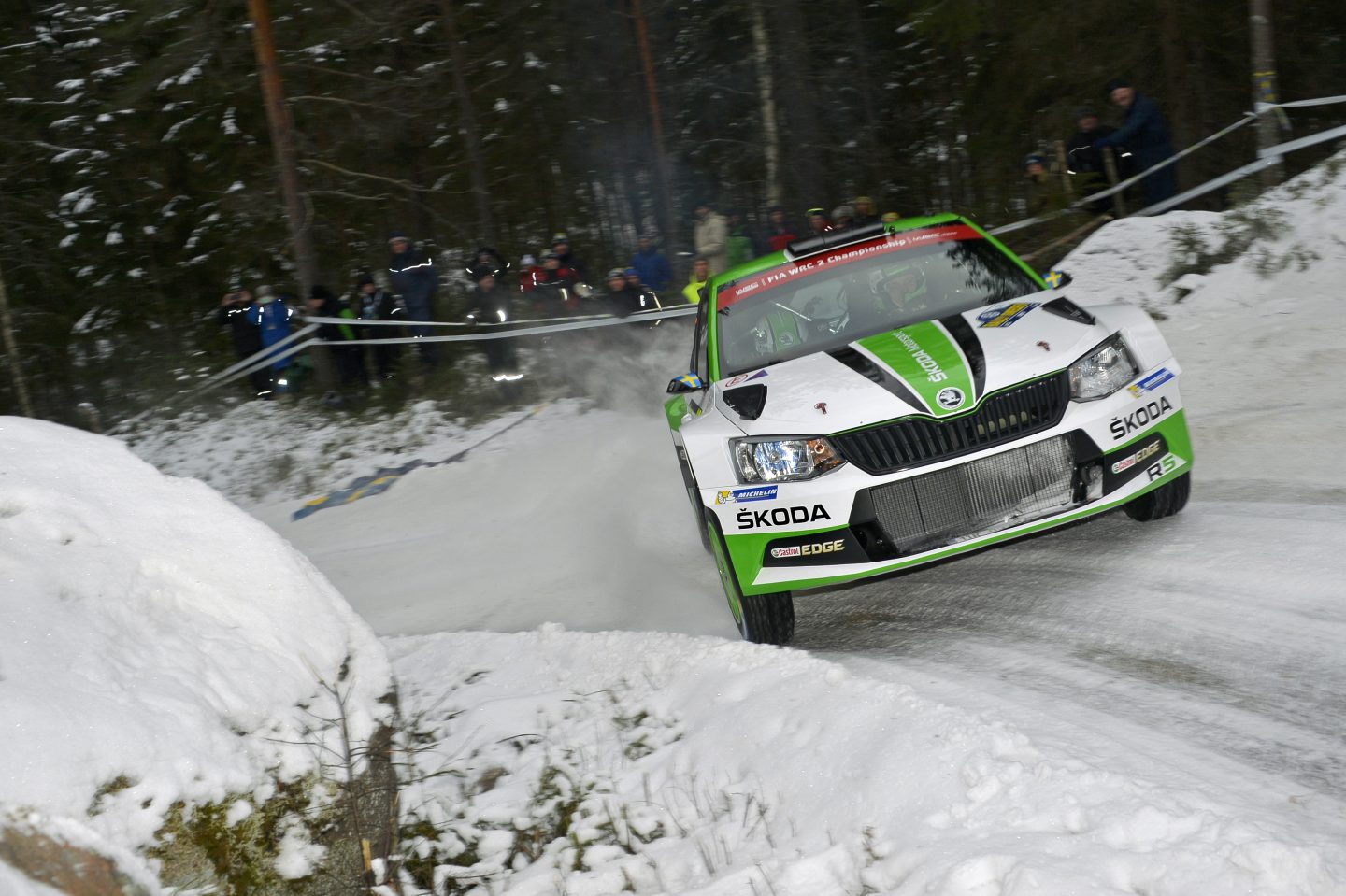 Torsby/Sweden, 10 February 2017 – ŠKODA works driver Pontus Tidemand (S) has taken an early lead on icy routes at his home round of the FIA World Rally Championship (WRC 2). The 26-year-old and his co-driver Jonas Andersson (S) dominated day two of the Rally Sweden, although the majority of Friday’s action took place in neighbouring Norway. Cheered on by thousands of passionate spectators, talented youngster Ole Christian Veiby (N) also impressed in a ŠKODA FABIA R5 run by a private team. Veiby is currently third going into the weekend. 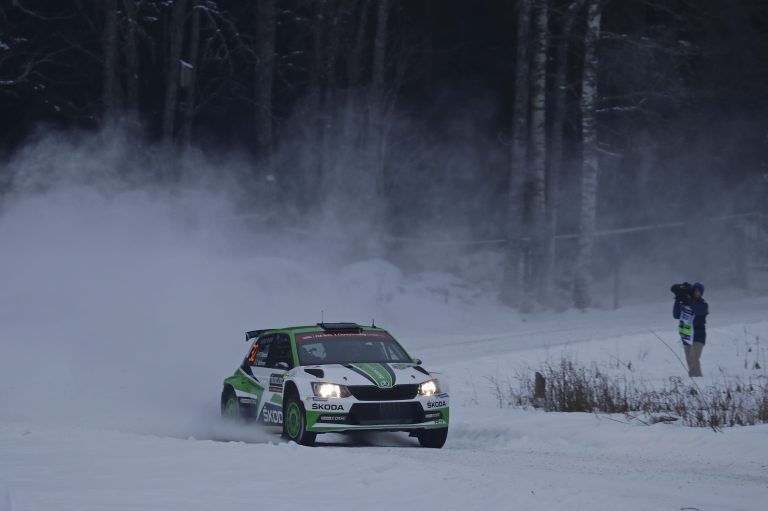 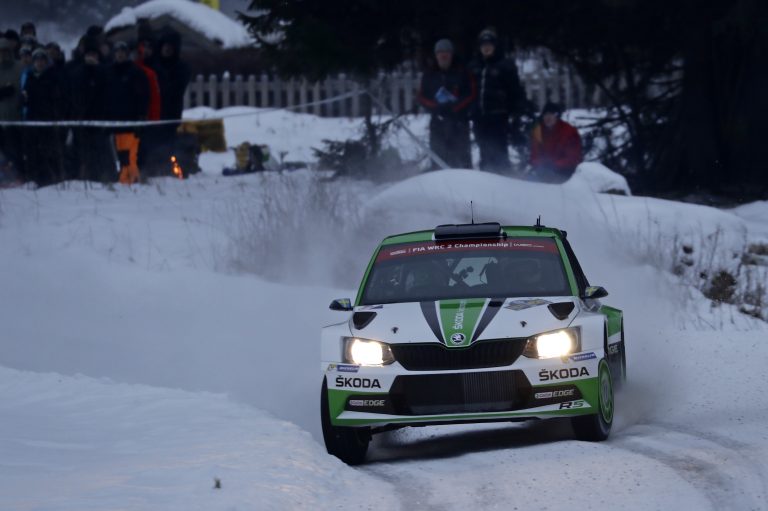 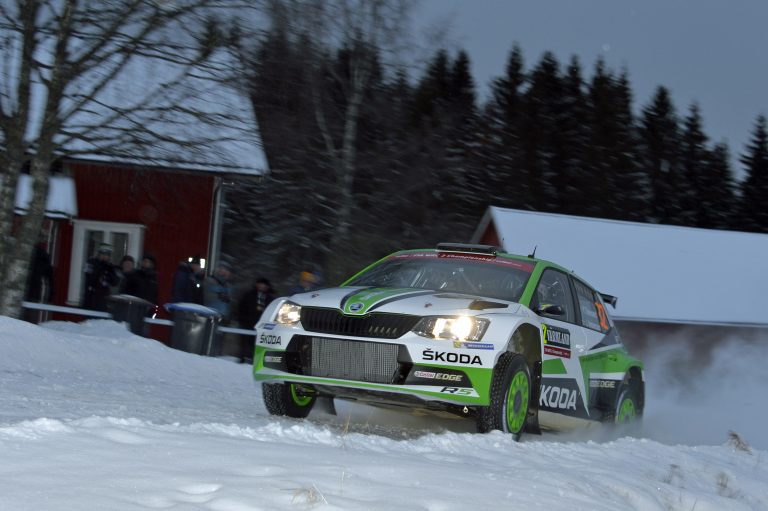 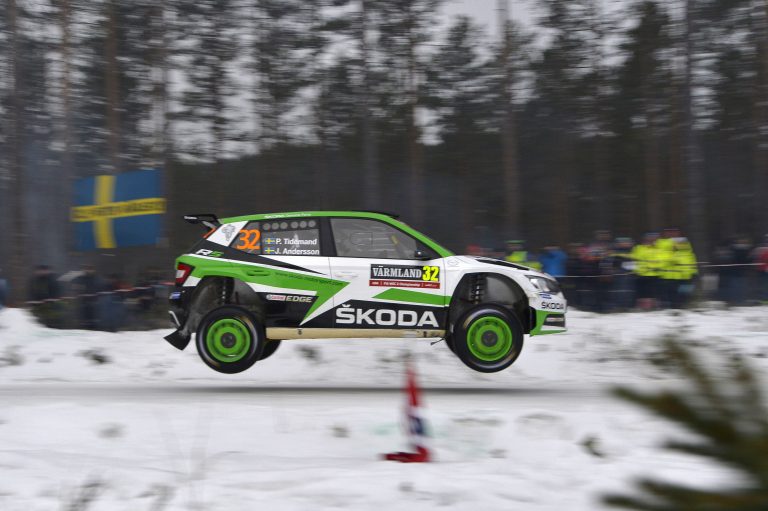 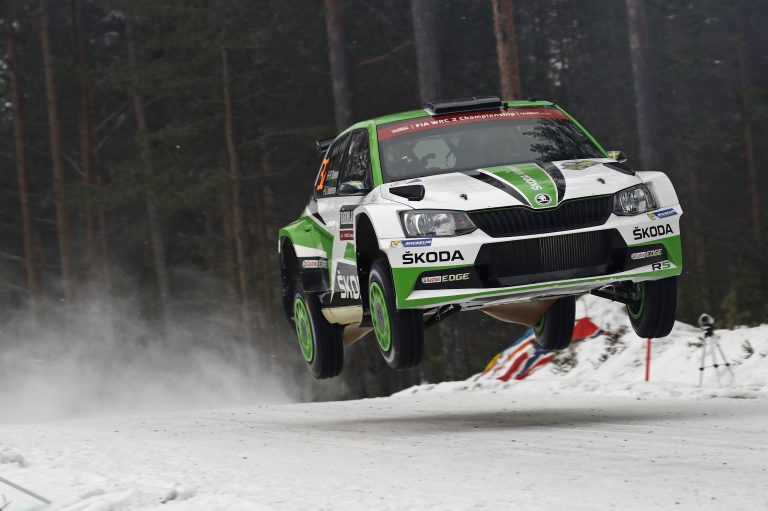 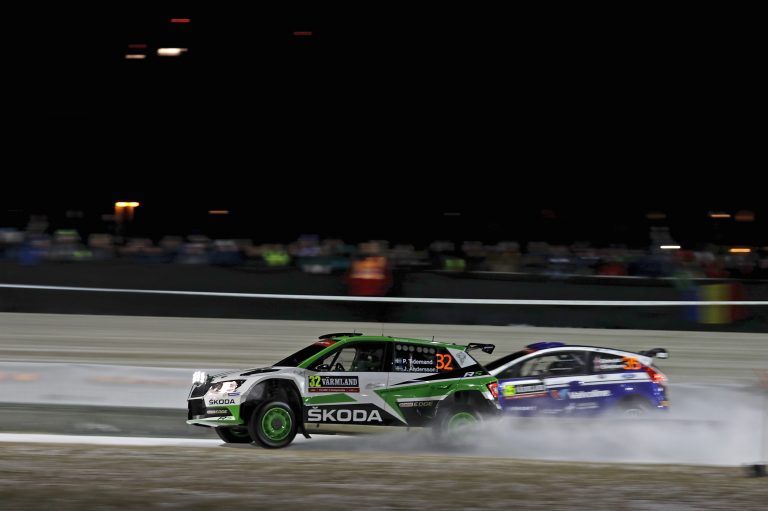 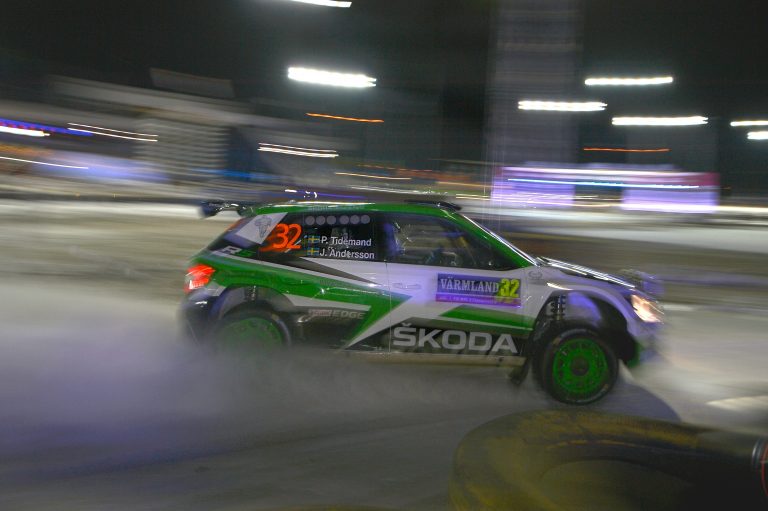 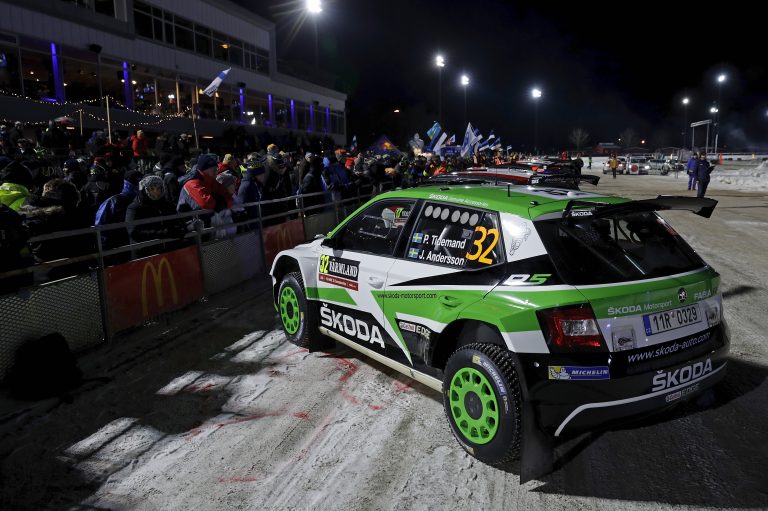 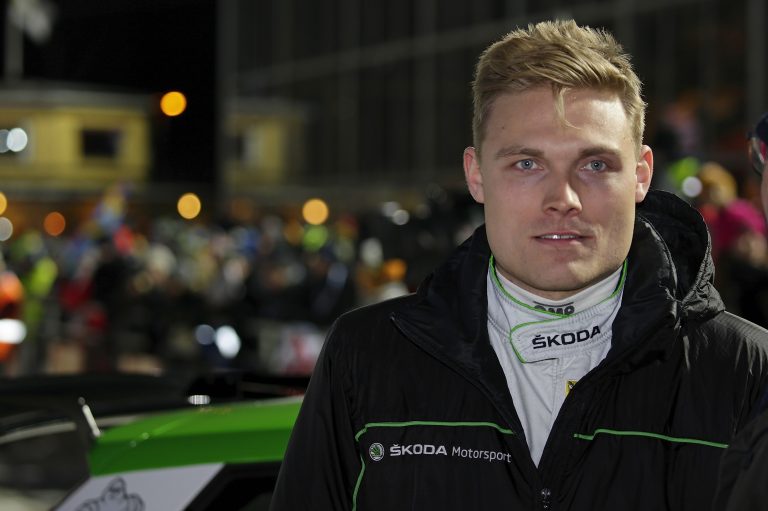 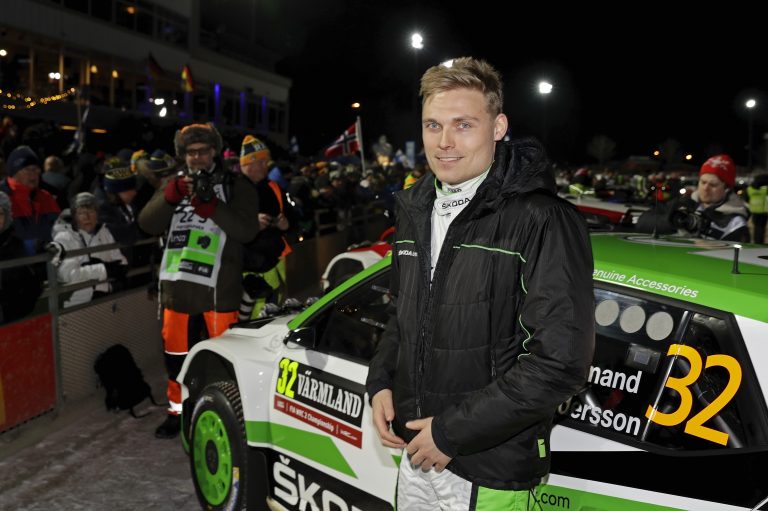 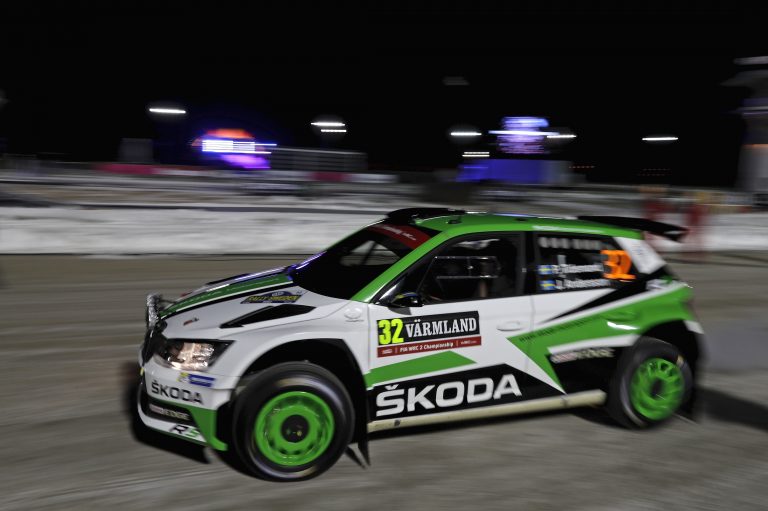 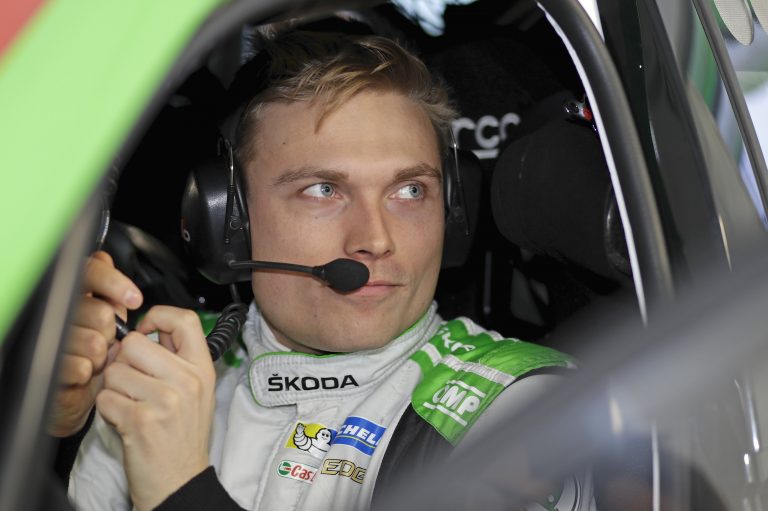 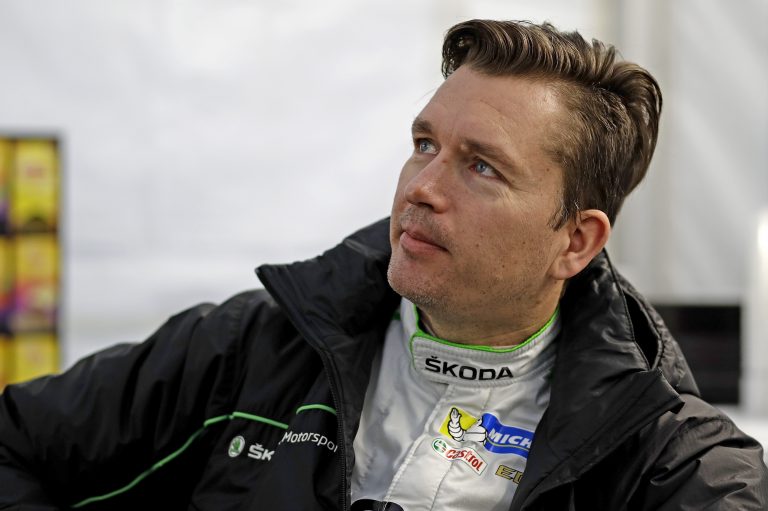 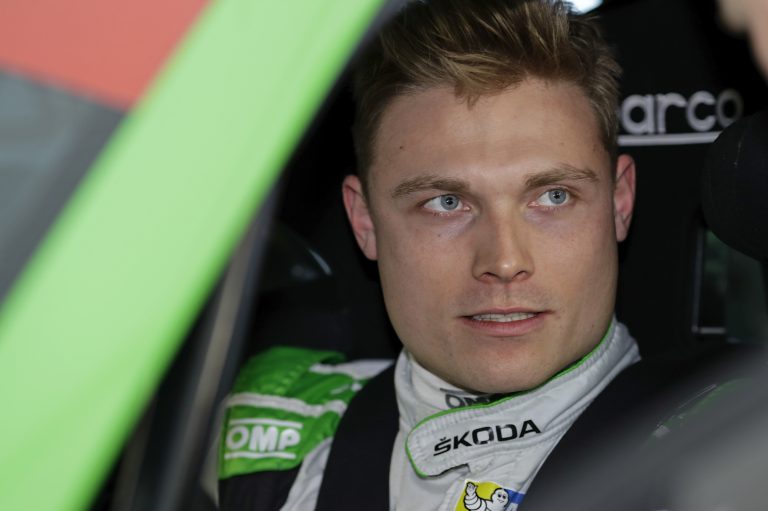 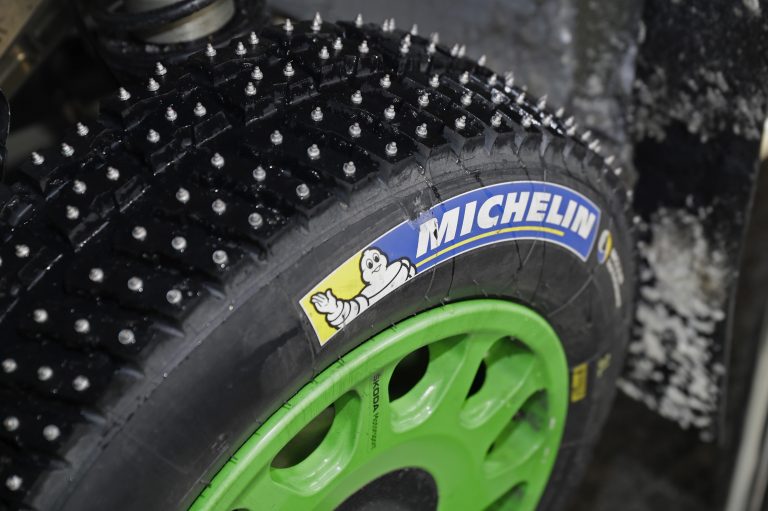 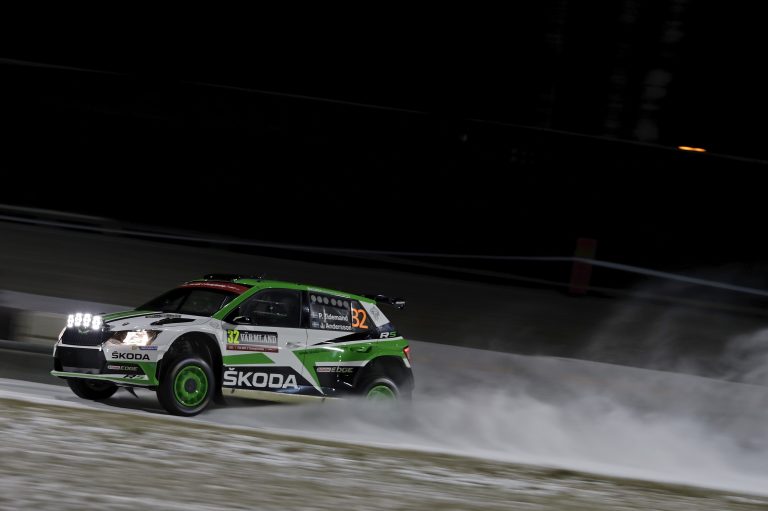 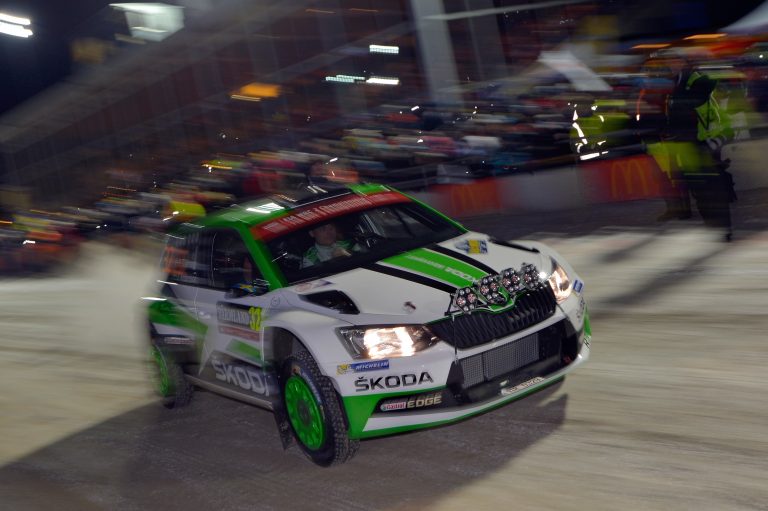 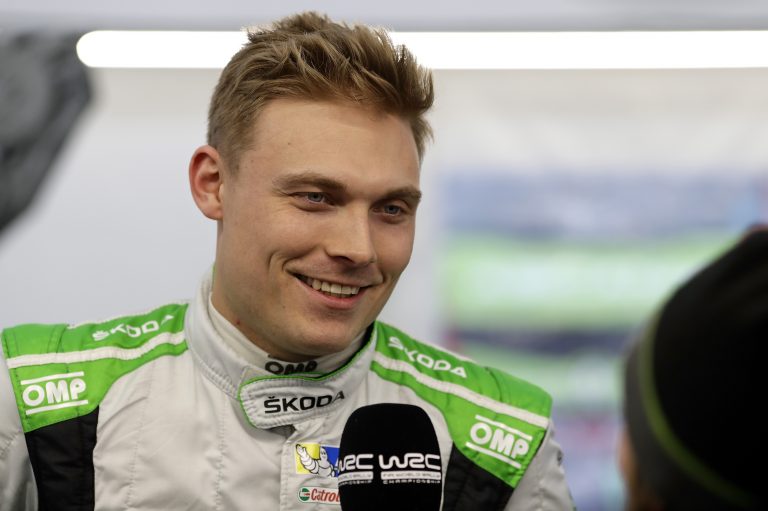 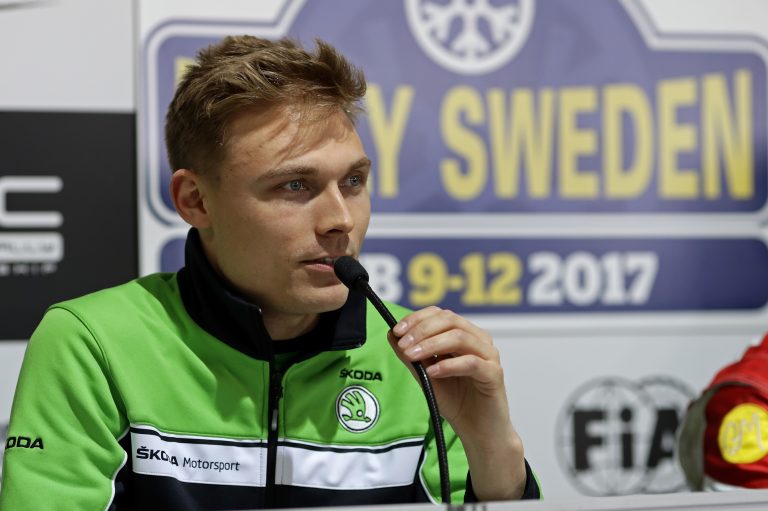 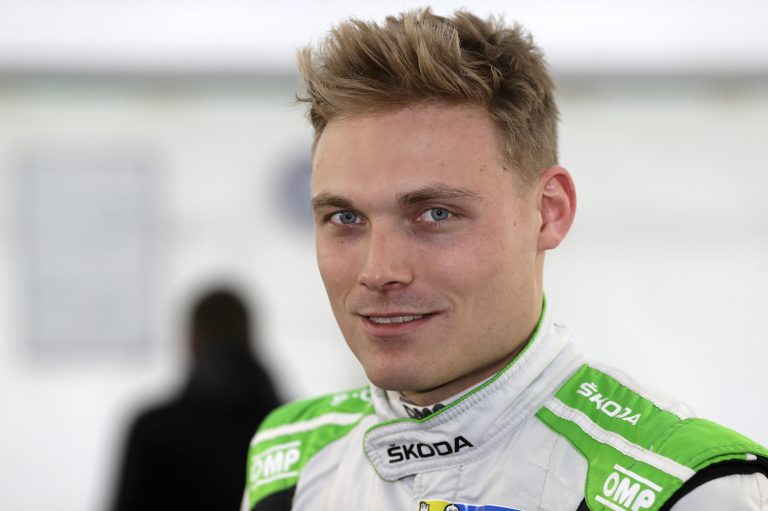 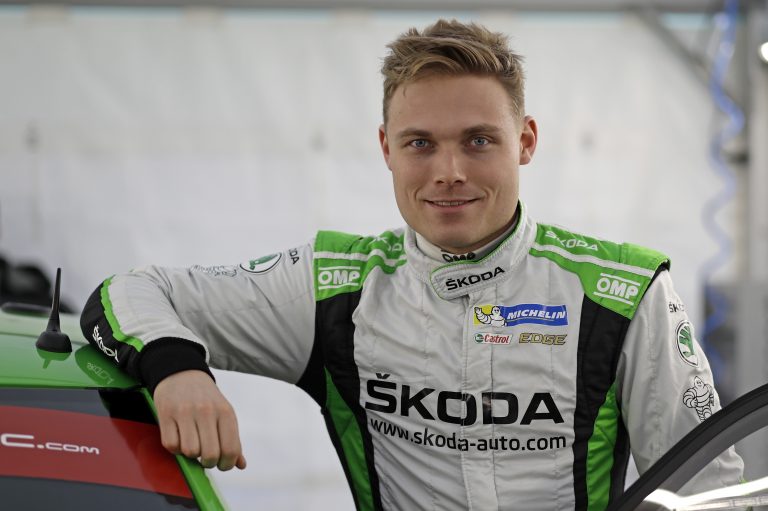 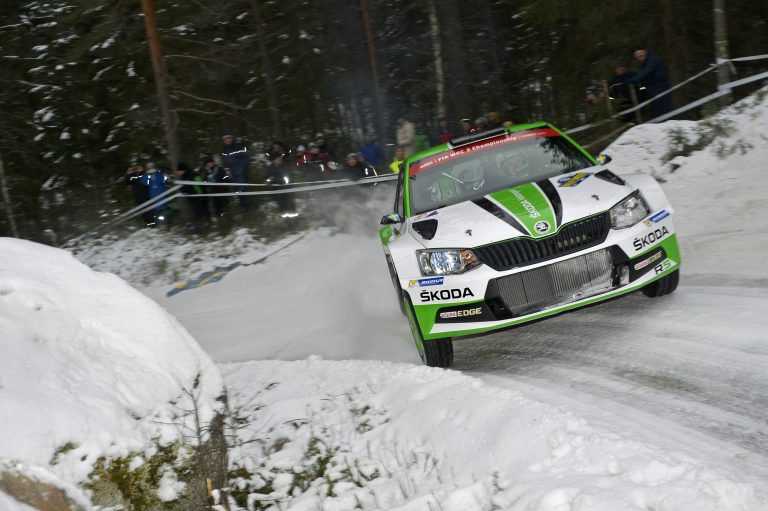 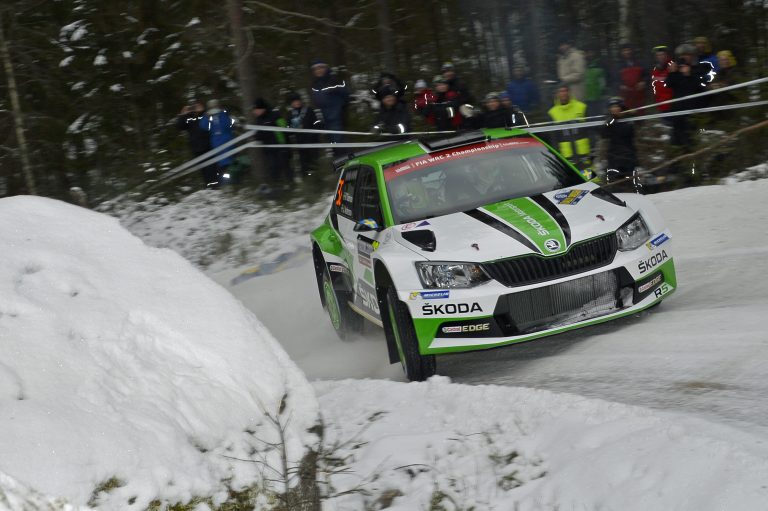 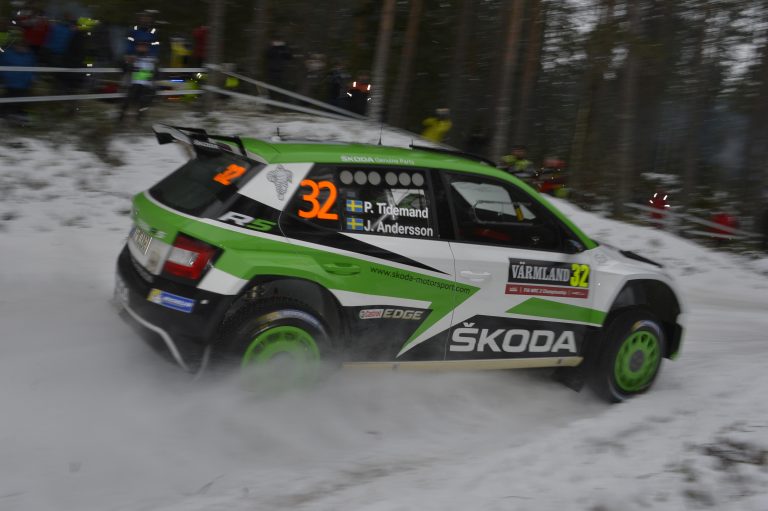 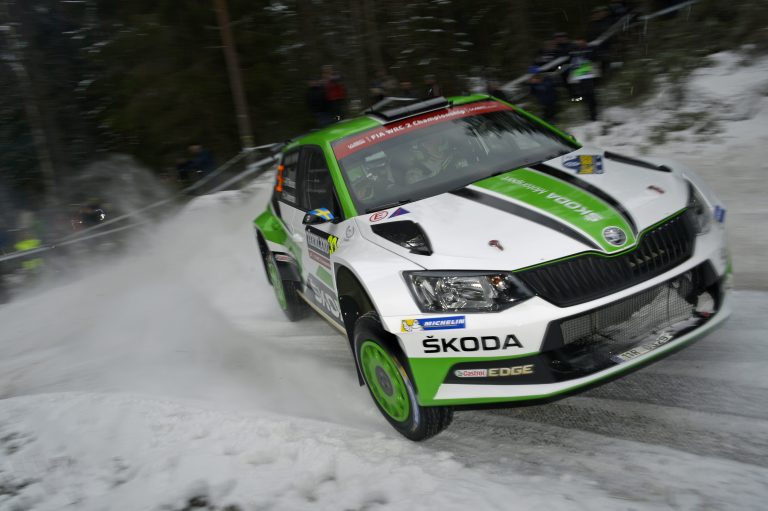 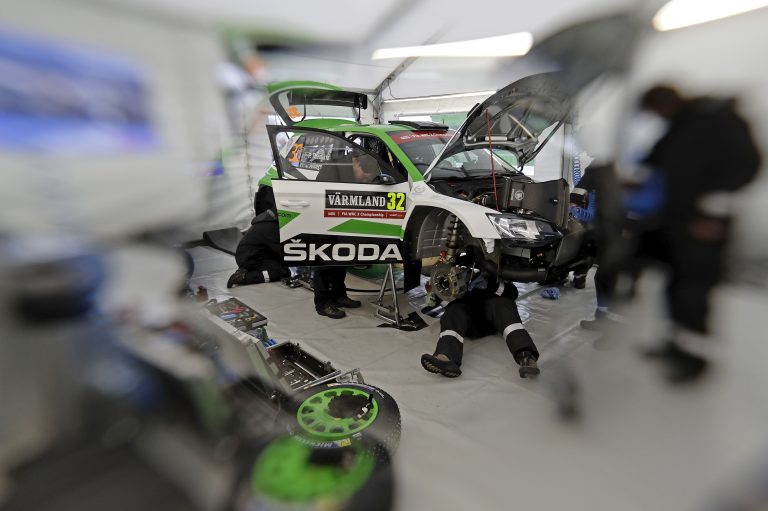 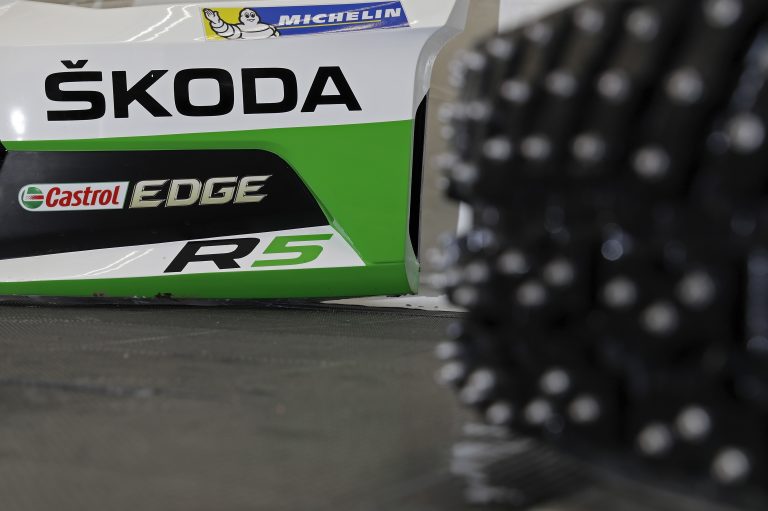 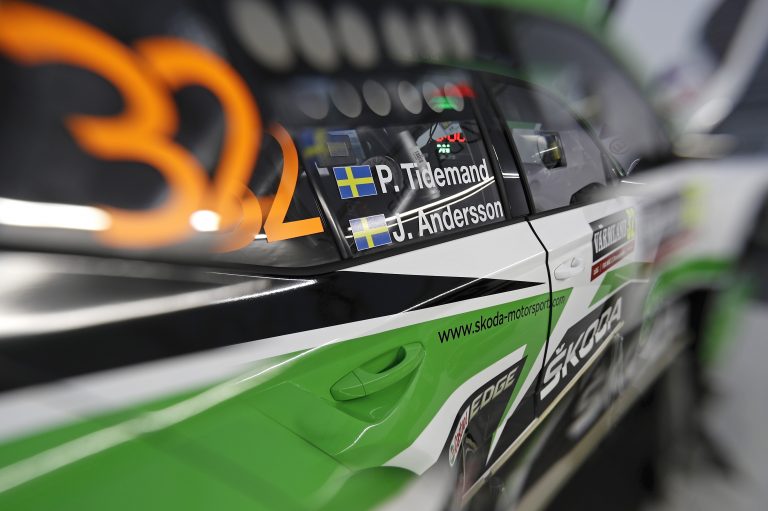 “The Rally Sweden is a true rally festival. I started my home event cautiously, but then adapted better to driving on snow and ice with every stage. The snowfall made the routes particularly tricky if you strayed from the racing line,” said Tidemand. Sweden’s Motorsport Athlete of the Year was second behind fellow ŠKODA driver Veiby after the opening stage in Karlstad on Thursday evening. The impressive youngster won Friday’s first stage at the wheel of a ŠKODA FABIA R5, before Tidemand upped the tempo to win five of the day’s seven special stages.

The Swede moved into the lead for the first time courtesy of an outstanding drive on stage four, “Svullrya 1”. He then proceeded to extend his lead over the course of the afternoon. The highlight of the day was the stage in the dark around the service park in Torsby, where the ŠKODA driver thrilled his compatriots with the fastest time. By the end of the longest day of the Rally Sweden, with 145.65 kilometres against the clock, Tidemand had pulled 45.1 seconds clear of the man second in the overall WRC 2 standings in 2016, Teemu Suninen (FIN).

“My ŠKODA FABIA R5 was running perfectly again, and offers perfect grip on the studded tyres. It is a joy to drive this rally car,” said Tidemand. Last year, he missed out on victory at his home rally by just 14.7 seconds, and the Swede is determined to make amends this time out: “A win this early in the season would obviously be worth its weight in gold. However, there is still a long way to go. The rally has only just started.”

Less than half of the kilometres against the clock have been completed. A good 125 kilometres await Tidemand and Co. on Saturday, spread over seven special stages. The highlight promises to be the Vargåsen stage, which the competitors must tackle twice. It is on this stage that the “Colin’s Crest Award” is presented for the longest jump over a certain crest, in memory of Colin McRae. The record stands at 45 metres and was set by Norway’s Eyvind Brynildsen, who is currently well behind Tidemand in eighth place in the WRC 2 standings at the Rally Sweden.

ŠKODA Motorsport claimed a one-two, courtesy of Andreas Mikkelsen (N) and Jan Kopecký (CZ), at round one of the world championship, the iconic Rally Monte Carlo. Pontus Tidemand is on track to back up this opening success at the Rally Sweden.

Number of the day: 380
To ensure there is sufficient grip on the frozen surface, every tyre at the Rally Sweden has about 380 spikes. The steel studs are 20 millimetres long and each weigh four grams. Incidentally, most production cars are also fitted with studded tyres for everyday driving during the cold Swedish winter.