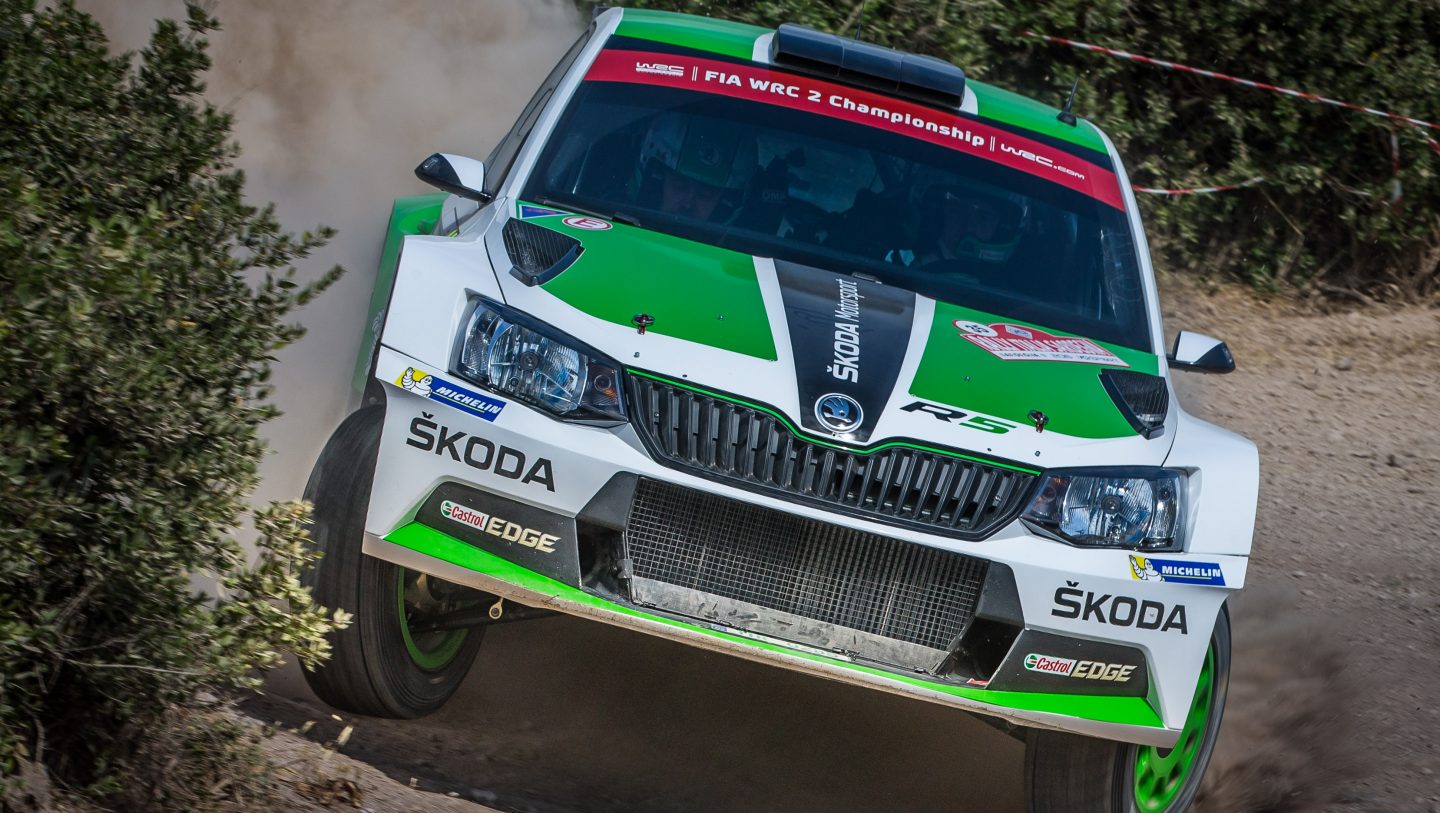 Alghero, 10 June 2016 – ŠKODA got off to a bright start in glorious sunshine at the Rally Italy on the Mediterranean island of Sardinia. The ŠKODA drivers put on a top show on the first two days with their dramatic fight for the lead; five turbo four-wheel drives lead the interim standings at the FIA World Rally Championship (WRC 2) event. Esapekka Lappi/Janne Ferm (FIN/FIN) in second place have a good chance to win; the second ŠKODA works duo Jan Kopecký/Pavel Dresler (CZ/CZ) fought their way up into fifth place after tyre damage. Italian ŠKODA drivers Umberto Scandola/Guido d’Amore are the front-runners as they head into the almost 220 kilometres scheduled for Saturday and Sunday that will decide who will win one of the most challenging rallies of the year. 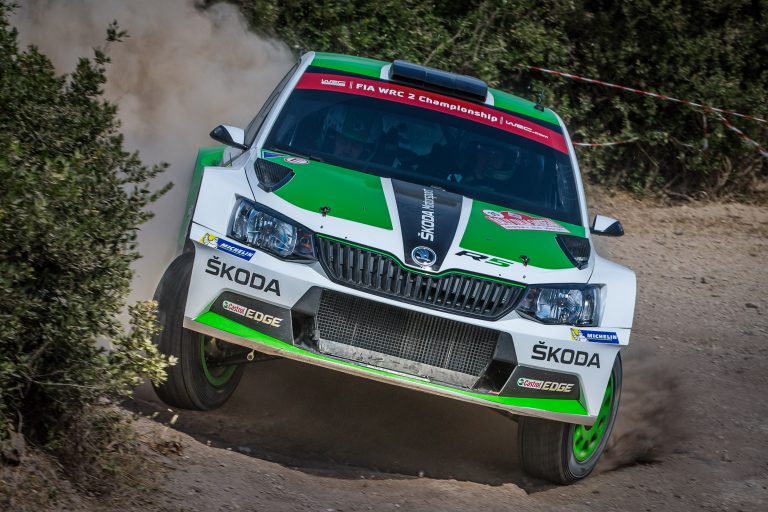 “The strategy for the first part of the rally was to make as few mistakes as possible. Which we managed,” summed up Esapekka Lappi. “The overall result shows just what a fantastic rally car our ŠKODA FABIA R5 is.” The turbo four-wheel drive topped the timesheet on each of the nine stages on the first two days of the Rally Italy; on the “Tula 1” section, six ŠKODA FABIA R5 were at the top of the WRC 2 table. Going into the final two days, just 27.5 seconds separate the top four drivers in ŠKODA’s high-tech fast car – so it should be a hotly contested battle for the win in temperatures of just below 30 degrees.

Lappi: “This day showed just what is possible at this difficult and unpredictable rally. And we haven’t even covered a third of the stage kilometres yet.” At the start of the rally, the 22-year-old youngster Teemu Suninen initially took the lead in his ŠKODA FABIA R5, which he lost to Italian fan favourite Umberto Scandola on the seventh special stage “Tula 2” after suffering tyre damage. The ŠKODA driver defended the lead, but only has a lead of 10.1 seconds over works driver Lappi going into the final two days.

The second ŠKODA works team Kopecký/Dresler were unlucky on Friday, losing almost a minute due to tyre damage. “We’ll try to move up the field with a cool head on Saturday and Sunday. Nothing is decided yet here, minor details will decide who wins,” said Kopecký. The drivers still have the biggest challenges ahead of them on Saturday, in the form of the three longest special stages of the Rally Italy. The 44.26-kilometre stage “Monte Lerno”, which must be mastered twice, is a particular challenge. This is where “Micky’s Jump” is found, also the proverbial peak of the rally – the cars not only fly up to 40 metres here, they also reach heights above the ground like on no other jump in the WRC calendar.

The number of the day at the Rally Italy: 0.2

On the “Tergu – Osilo 1” special stage, Finland’s Teemu Suninen was 0.2 seconds faster in the ŠKODA FABIA R5 than three-time world rally champion Sébastien Ogier (F) in the Volkswagen Polo WRC. Although this result was partly due to the stage becoming faster with each driver, and was also affected by the choice of tyre, Suninen’s performance was still remarkable. Ogier pulled off a historic performance on exactly the same “Tergu – Osilo 1” stage in 2012. He posted the best time in a ŠKODA FABIA SUPER 2000 – ahead of all the elite drivers in their World Rally Cars. The current world championship leader Ogier used his time in the ŠKODA to prepare for Volkswagen’s appearance in the World Rally Championship, which he has dominated since 2013.